Barcino is a new Spanish restaurant from the Absinthe group (Absinthe, Barzotto, Comstock Saloon) in Hayes Valley, in the space that used to be Boxing Room. I had an early dinner here.

This was ok. Slices of grilled toast along with a small dish of tomato sauce and some flaky salt, with which you can make your own pan con tomate. The tomato sauce was kind of bland, maybe could have used more salt or olive oil or garlic. A bit expensive. 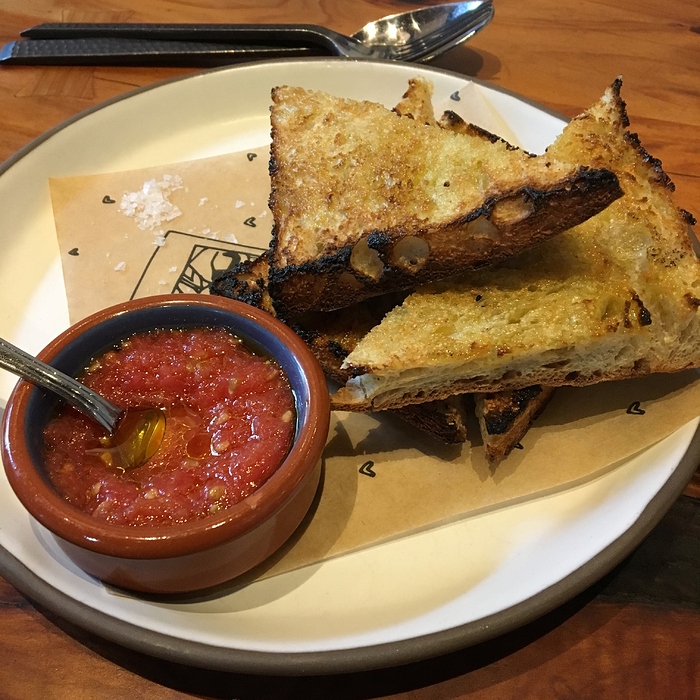 This was an interesting take on patatas bravas. Four deep fried discs of potato, each with a little well in it that had a layer of salsa and then topped with a generous amount of green aioli. I liked it. It solves the problem of running out of sauce and aioli that you get sometimes when eating typical patatas bravas. Maybe a touch too much aioli and a touch too little of the salsa. 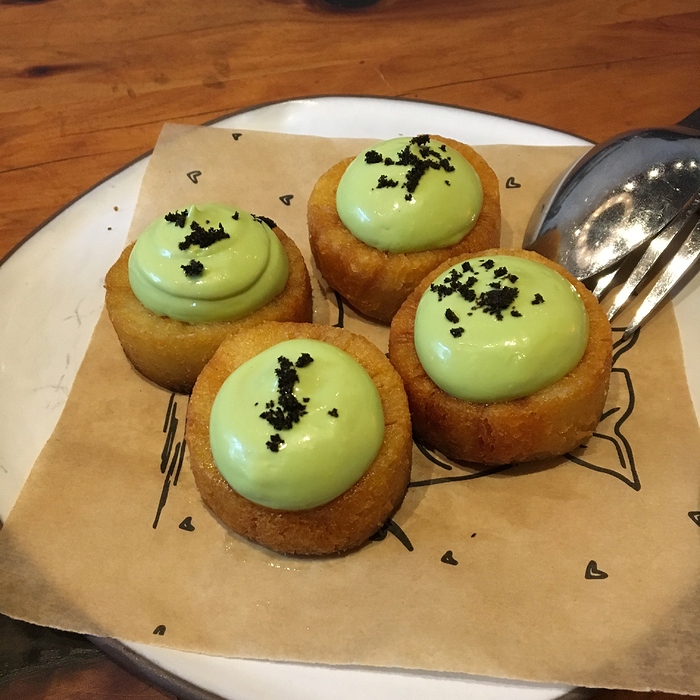 I thought this was very good. The lamb meatballs were tender and flavorful. They were cooked medium rare - a little pink in the middle. In a meaty broth or sauce with some vermicelli sized broken noodles in it. There was a nice play in textures and flavors between the meatballs, al dente noodles, the crunchy pine nuts, sweet raisins, and tangy chive labneh. The raisins, labneh, and spicing gave it a bit of a North African flavor. 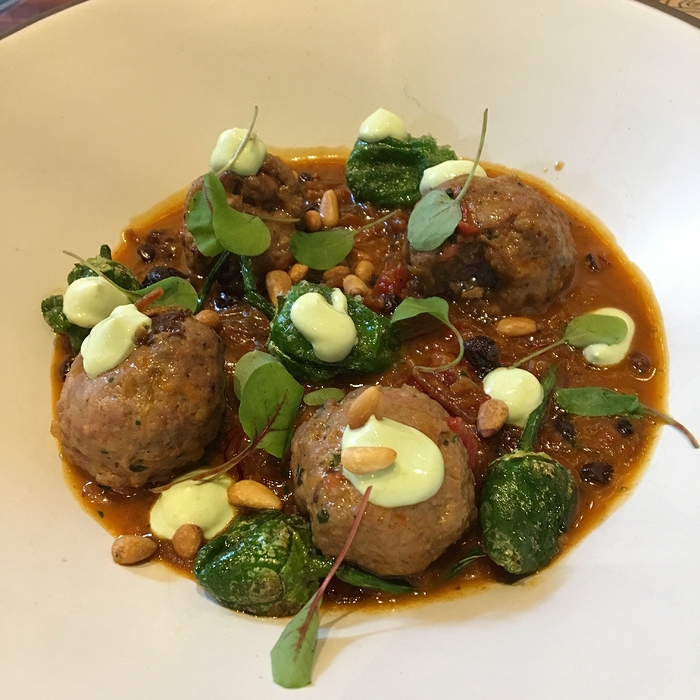 Also had a gin and tonic ($13), which you order by picking out a gin and a tonic from their menu. It was refreshing. And herbal - there was a sprig of rosemary, some thyme, and a bay leaf in the glass.

Good to hear data points about this place! I will add my observations.

The short rib, and the sauce was delicious, with the short rib fall-off-the-bone tender and flavorful. Sauce also went well with the rib. I would write more, but memory is somewhat hazy. Note, the piece on top was meat, the piece at the bottom was bone. 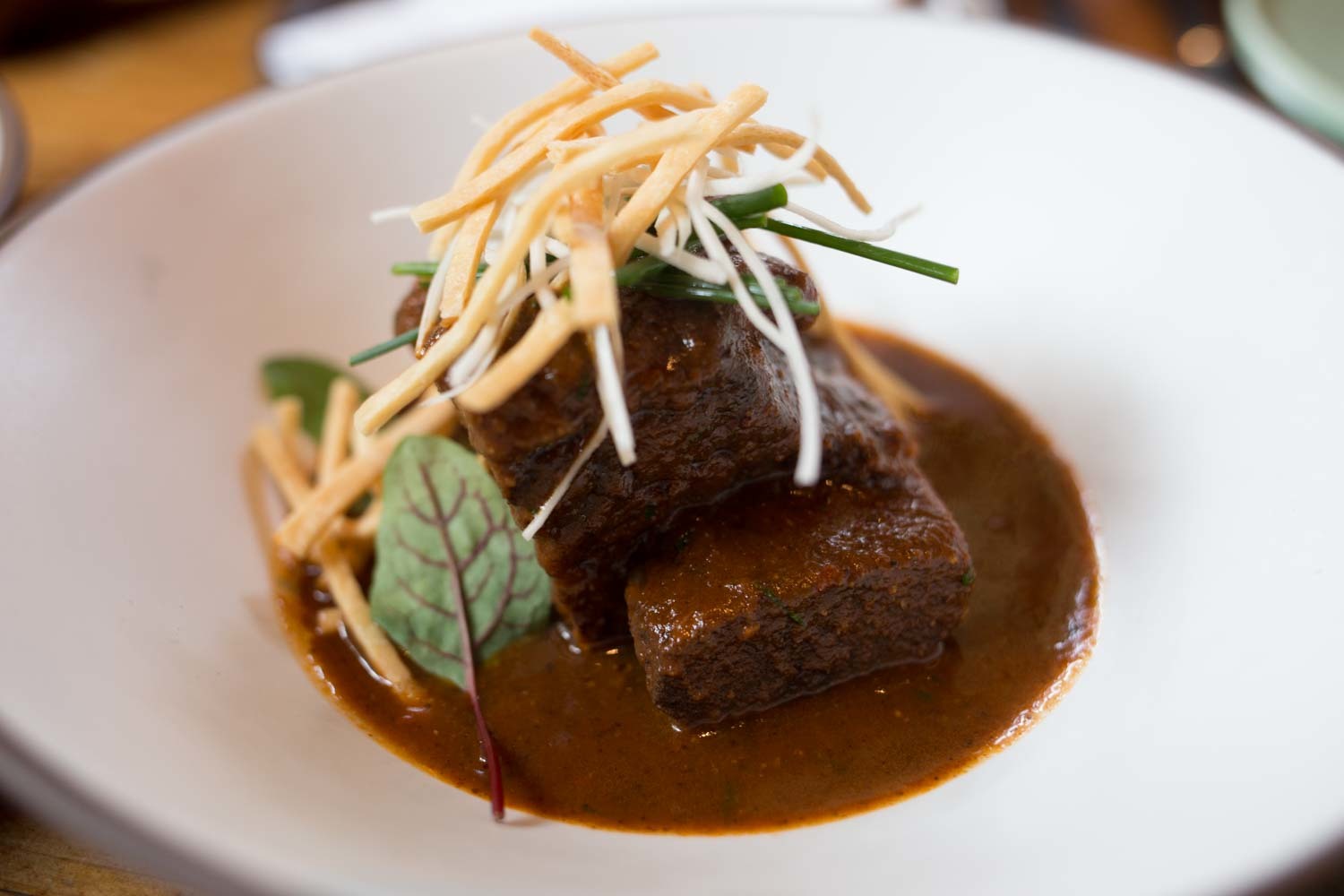 Albondiga- same meatball as what @Mr_Happy had. the saucy noodle mixture was delicious. My meatball was cooked a bit more since i didn’t see any pink in the middle. Just note the meatballs were pretty gamey for those who care. 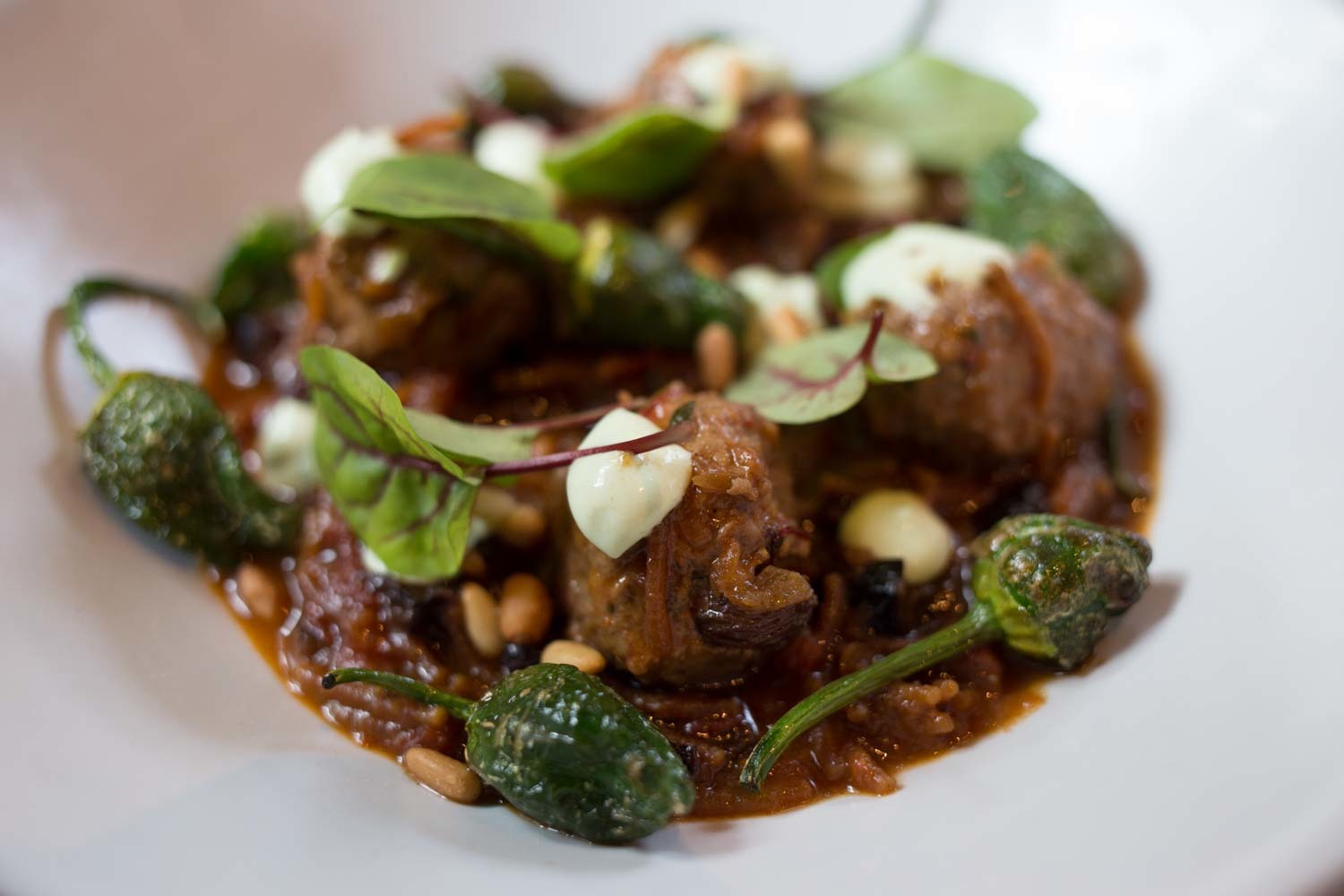 Pork belly paella with lobster broth base, squid, squash and watercress. This dish was decent. With the accompanying lemon juice and lemon aioli added, the paella had a bright flavor (though one can debate whether these should be added in the first place). On its own the flavor of the rice was pretty mellow and lobster flavor wasn’t detected. Squid was tender. The pork belly was grilled and flavorful. My issues with the dish was that while the components individually tasted well, but their flavors didn’t quite meld together so its like getting a rice dish and a meat dish. I didn’t quite get the presence of black eye peas in the paella either since black eye peas by nature tasted very mellow, so it didn’t impart flavors. Its somewhat soft texture seemed to distract rather than add to the bomba rice texture, which I also thought was a bit on the soft side. 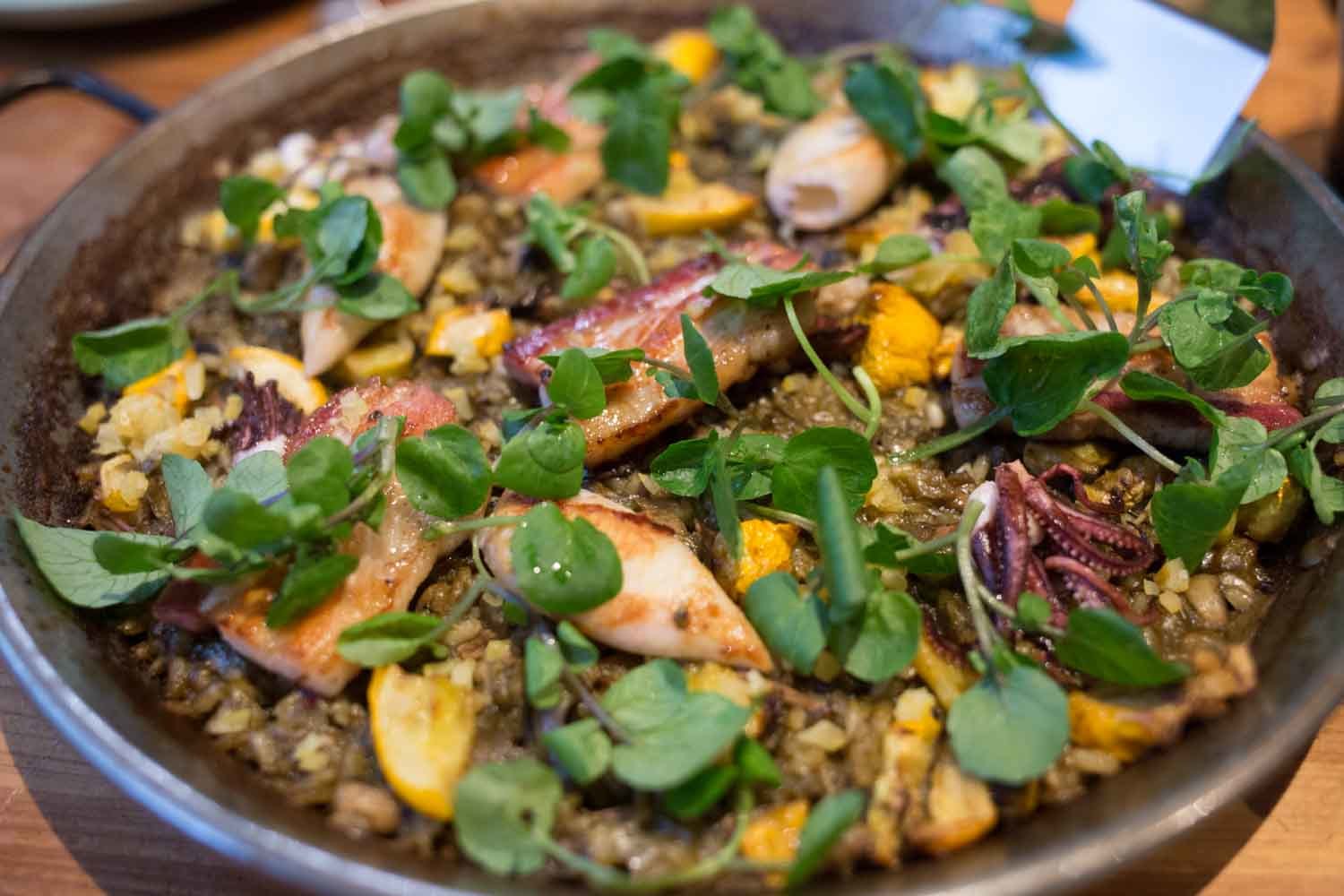 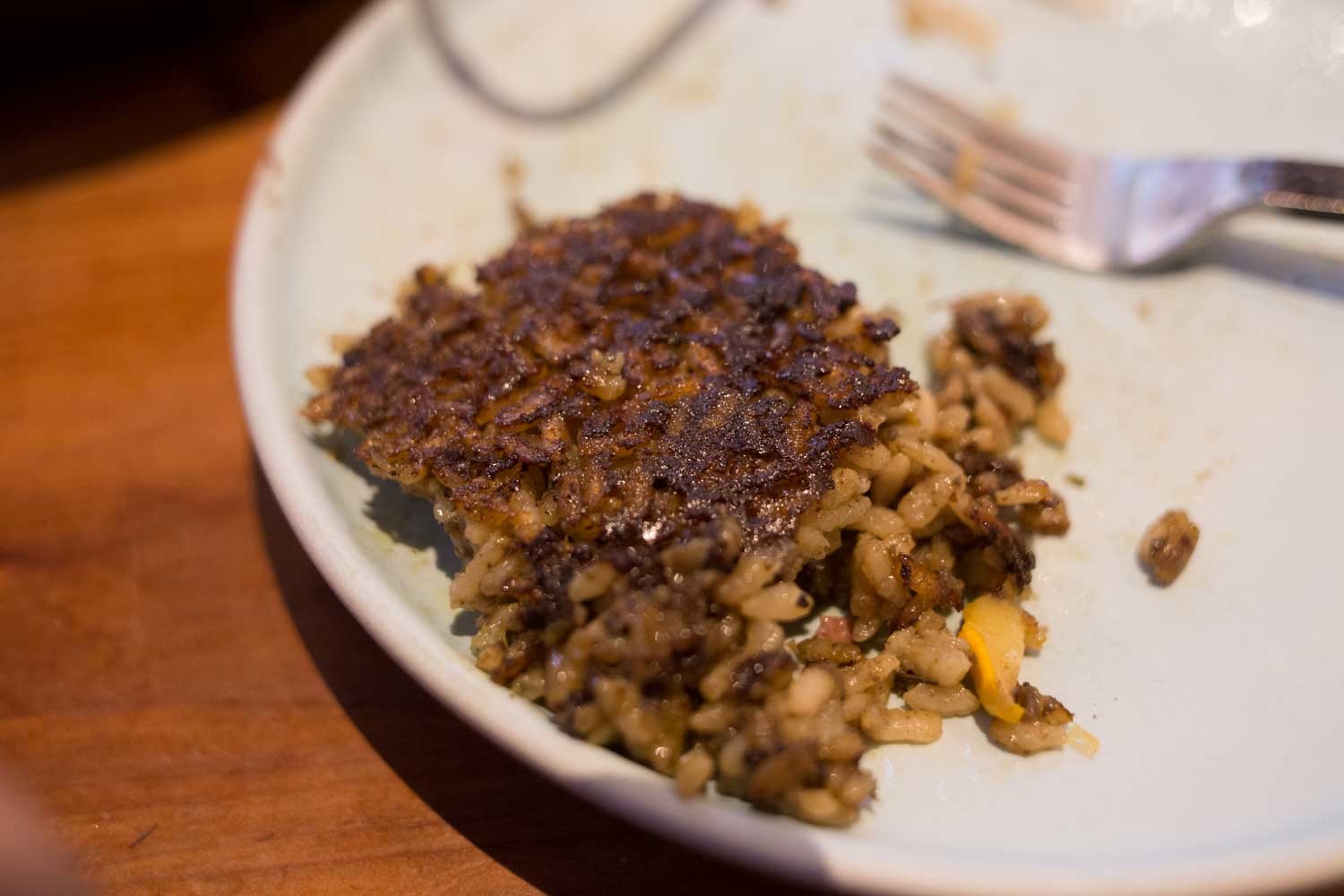 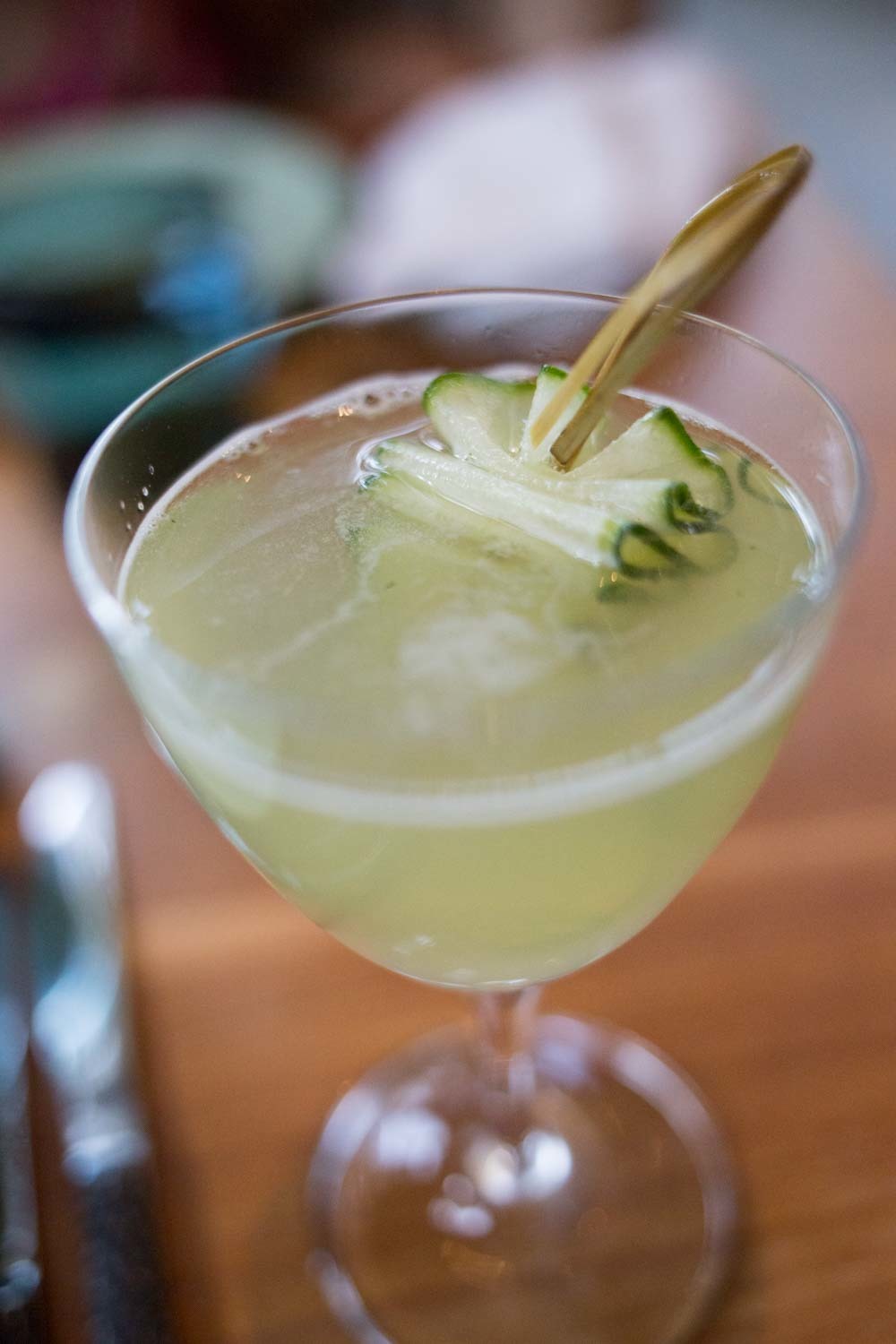 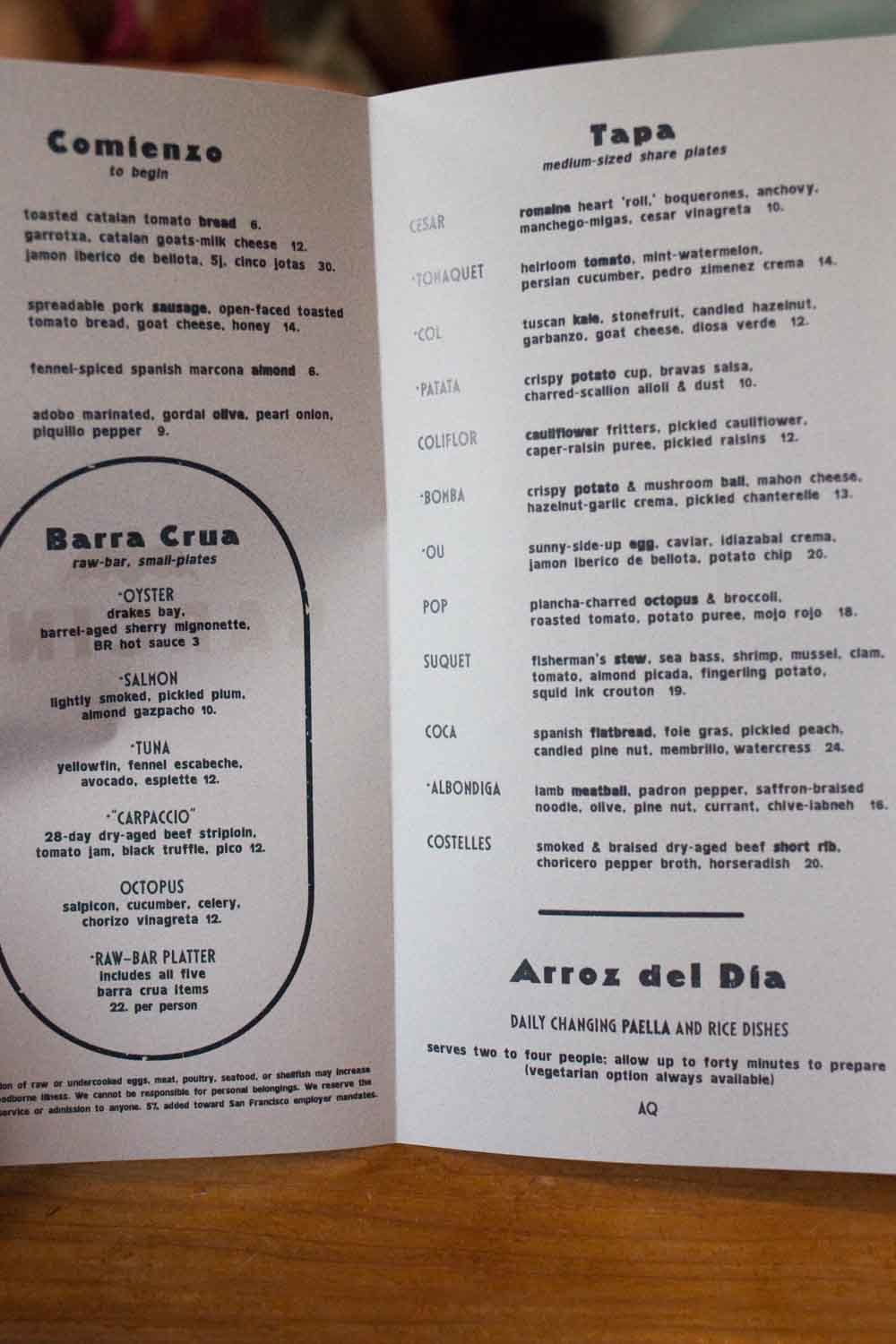 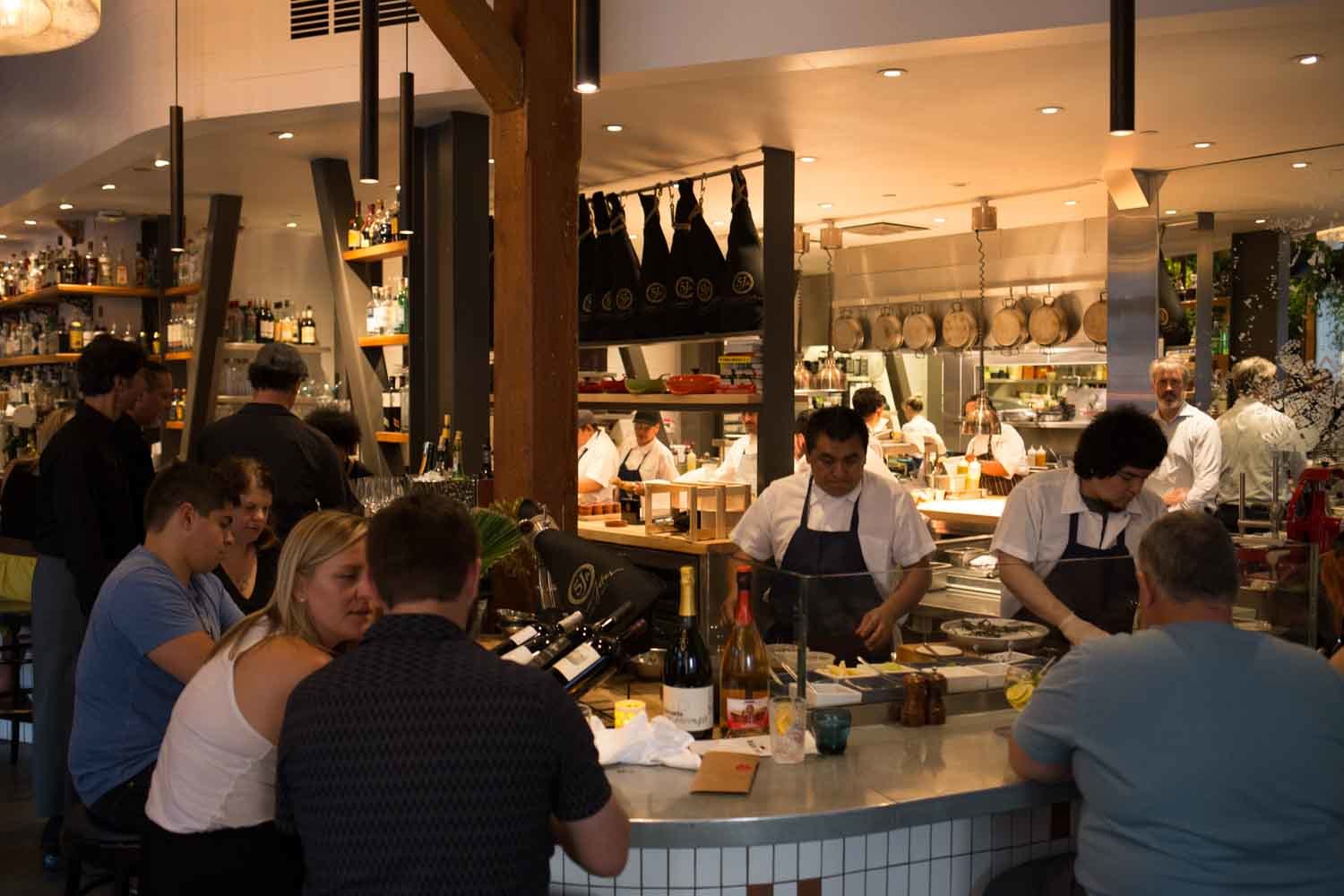 interesting re the patatas bravas… i had something similar to that Coquetta a few years ago. i’m a fan of the “regular” way, however.

as for the pan con tomate - my favorite tapas! the tomato needs time to soak into the bread, so that method takes away that component. and yeah, needs to be reasonably seasoned.

Still, looks pretty good, i’ll have to try some time. Thanks for your report! 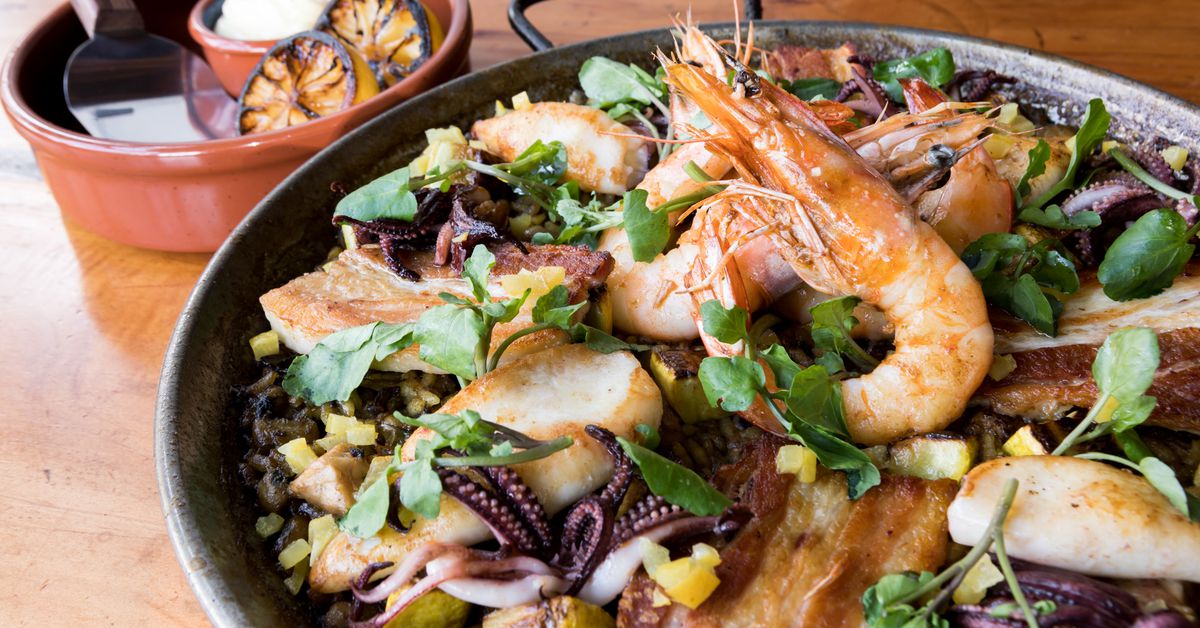 One Star for the the Absinthe Group's Hayes Valley tapas place

Cocktails beat the paella at Barcino