A globetrotting Indian coworker of my wife, who regularly fly somewhere just to eat, proclaimed August 1 Five as the best Indian restaurant in the Bay Area. I am not Indian not did I grow up with the food, so I wouldn’t know if his statement is accurate. But I am happy to try it out to see. We’ve been to Rasa once, but haven’t been to All Spice, and generally haven’t been to the higher end, hipper Indian in the Bay Area like Besheram. So we were curious to see how August 1 Five was, compared to the more traditional South Bay Indian we generally eat. 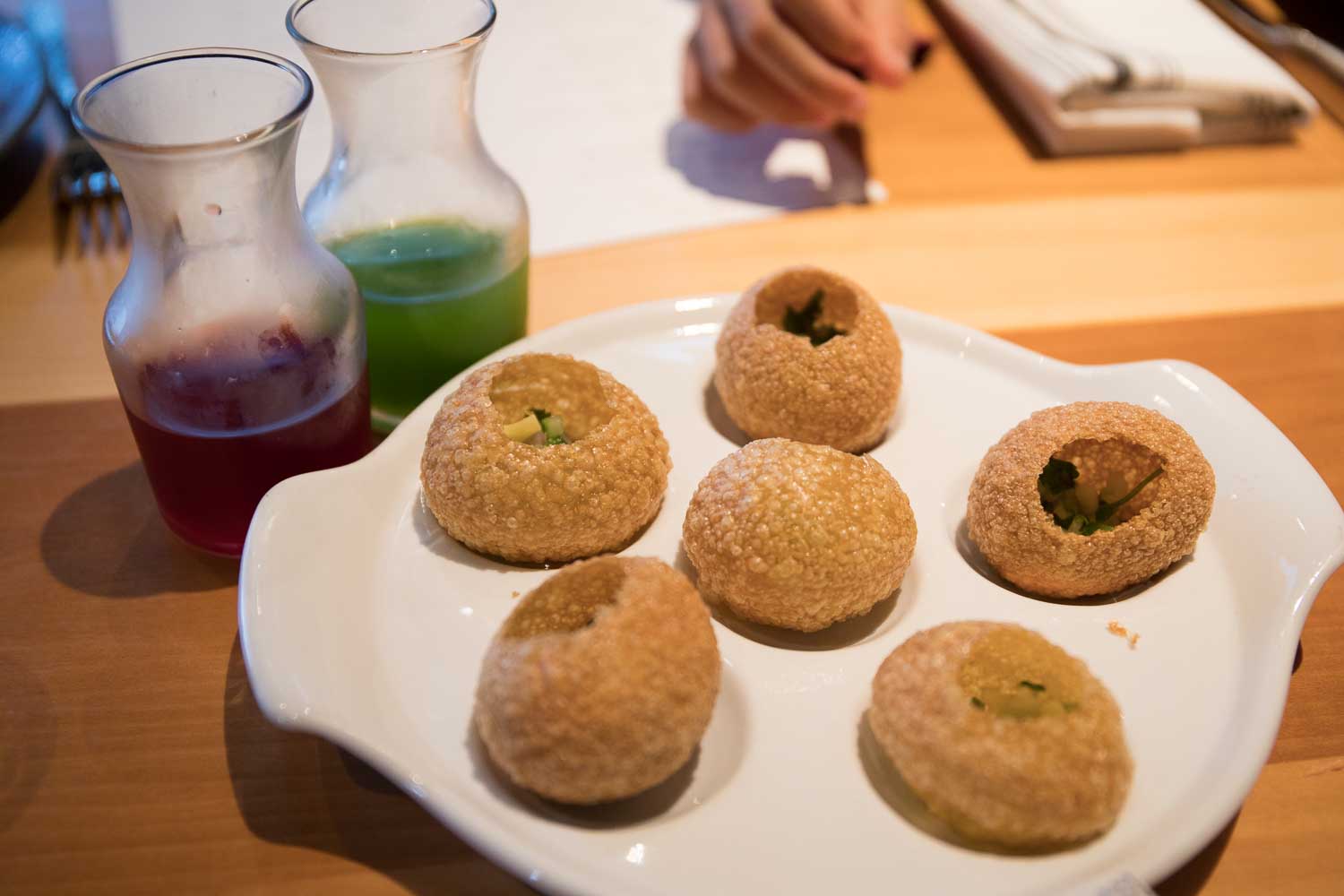 Palak Chaat baby spinach, chickpea, tamarind, yogurt. The spinach and chickpea pieces were fried and crisp. Stirred with the tamarind and yogurt and there was a yummy citrusy sweet/ salty savory combo. 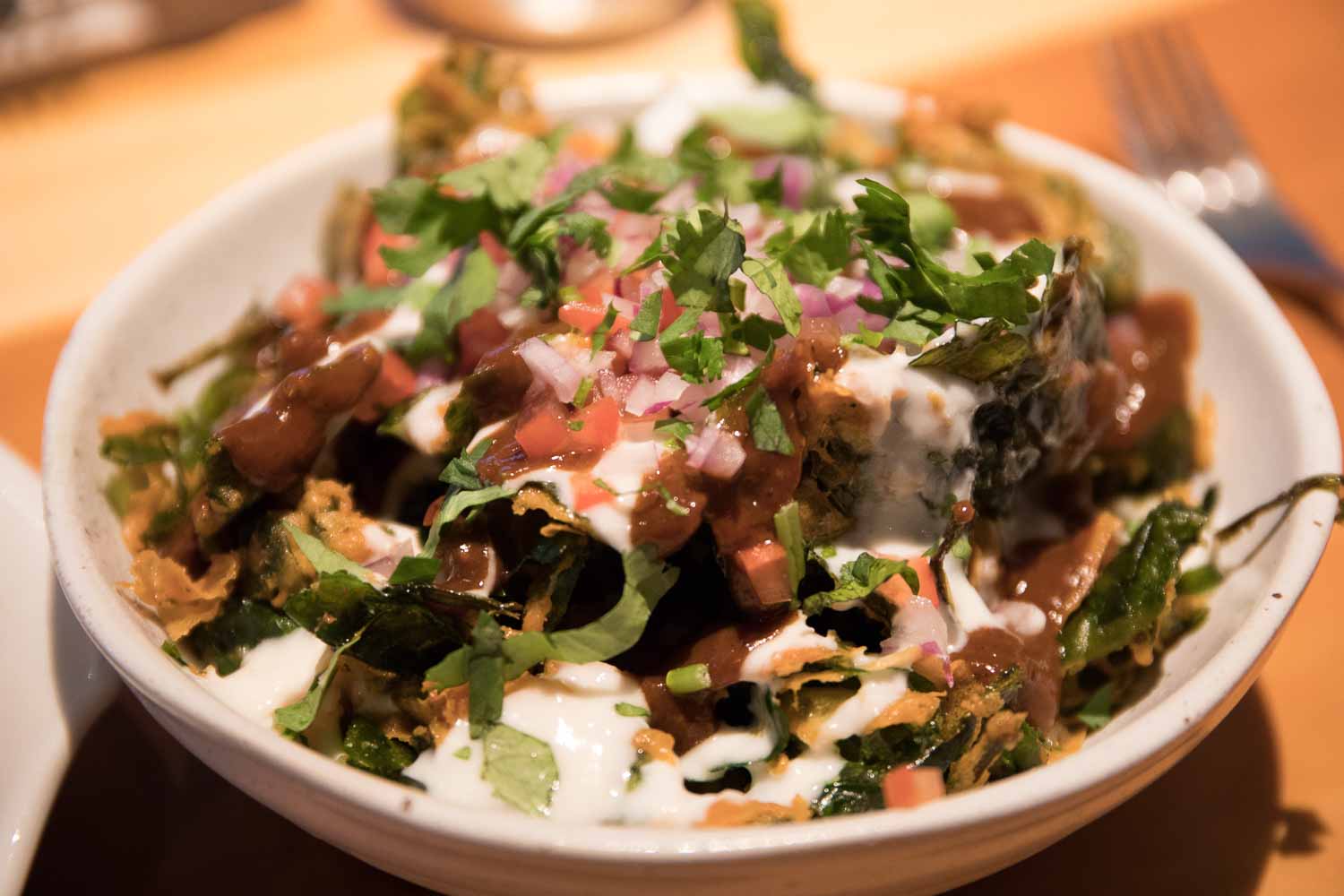 Chicken kebab was ok. We had to make sure the kids had something to eat. It got some mace and cardamom powder on it, which separated its flavor from other kebabs. The chicken was a bit dry and mushy. 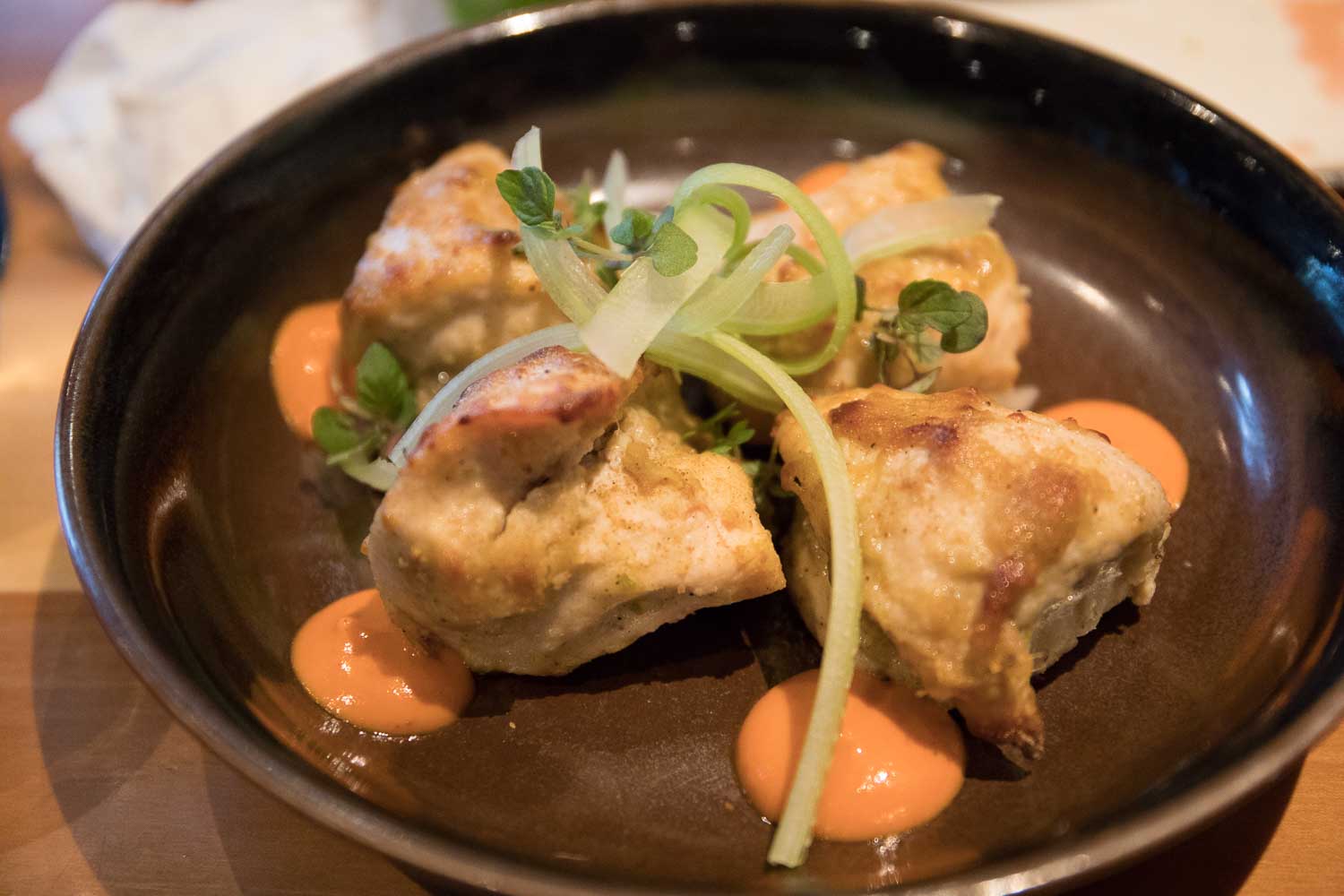 Lamb Chops with pistachio dust and beet jelly. the bone was good for lifting the chop and mopping up all the beet jelly. The chop was grilled perfectly on-point. This dish was a lot more Californian than Indian, though. 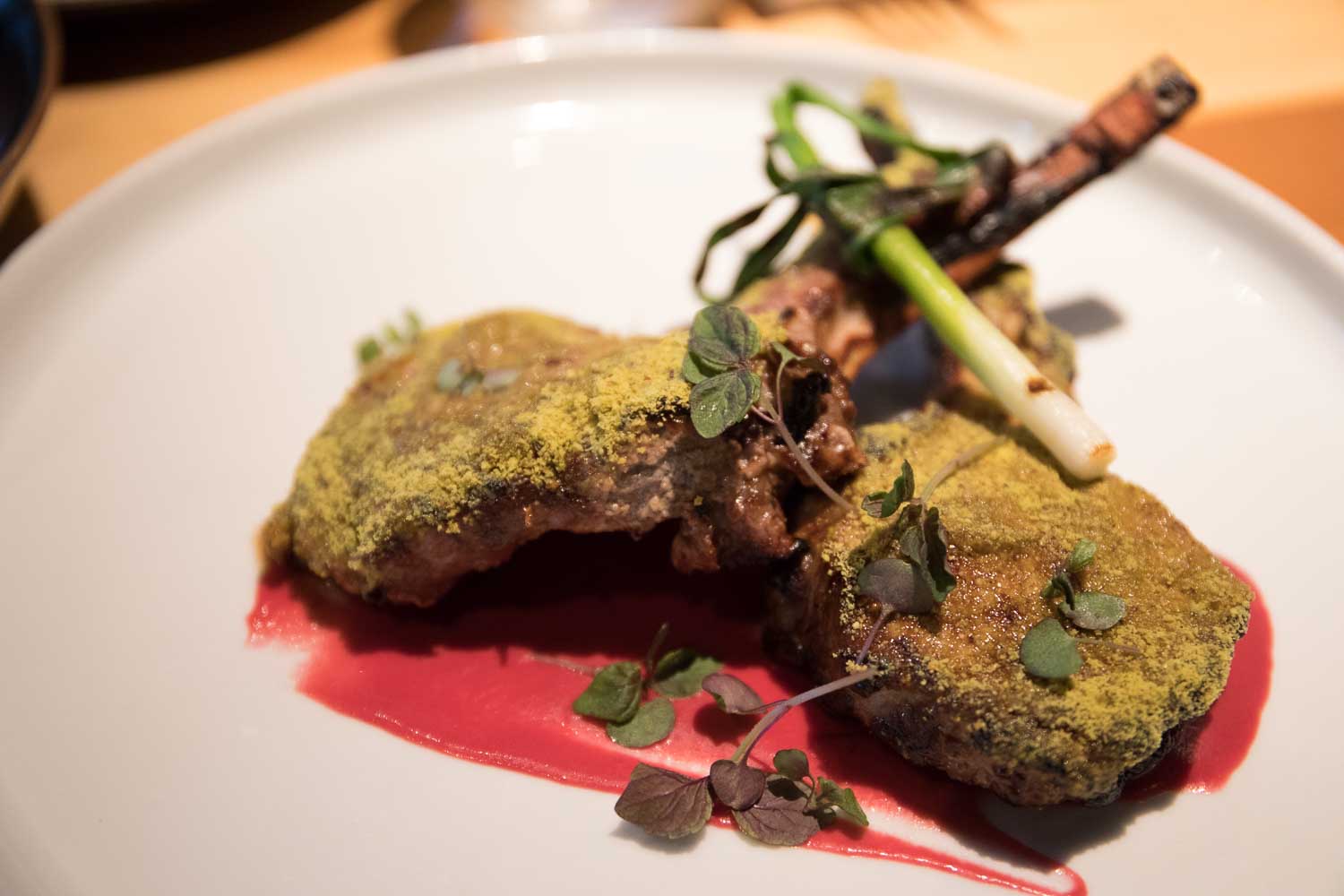 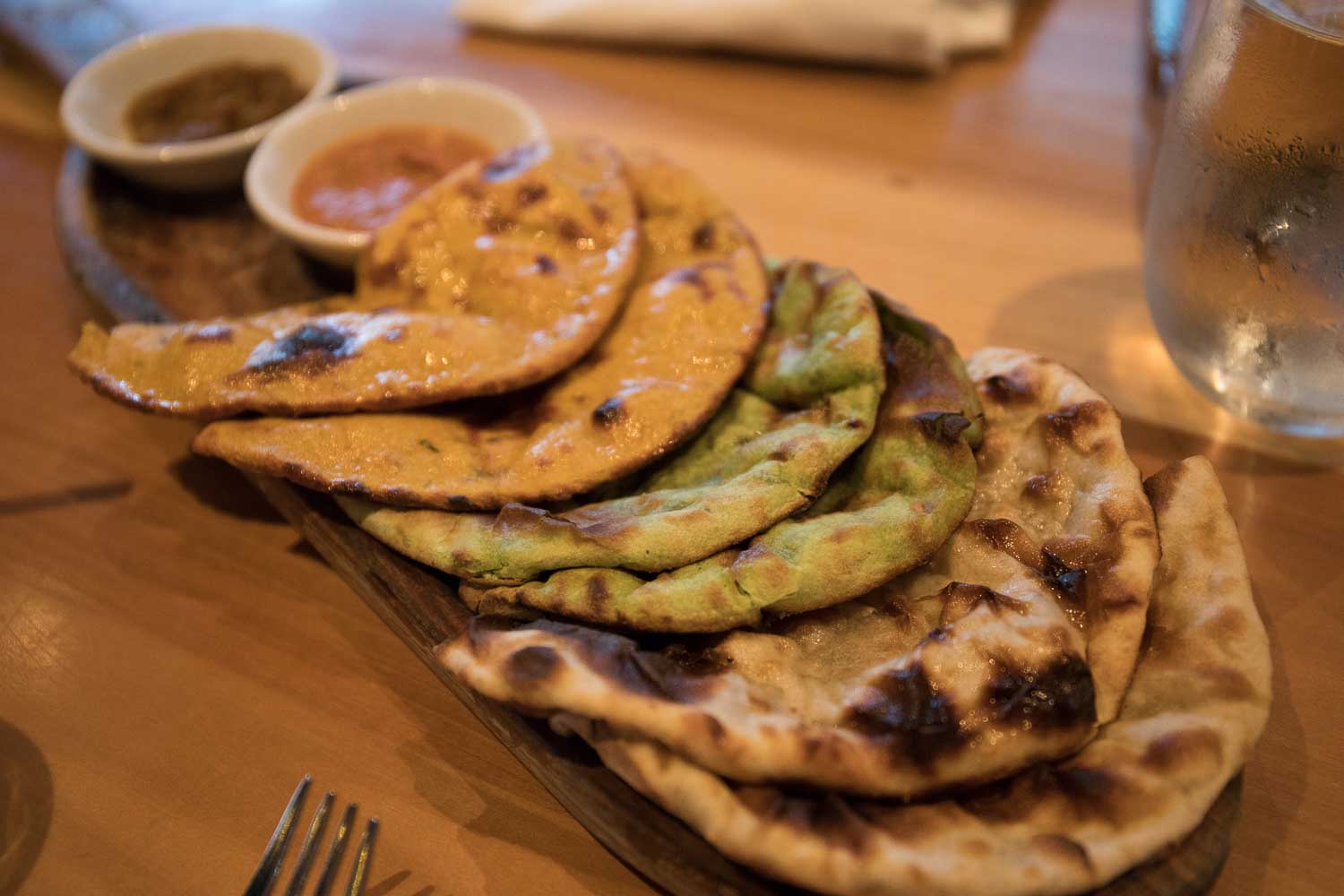 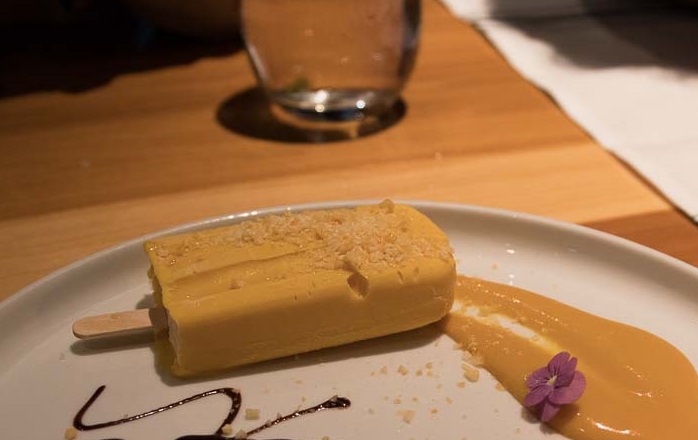 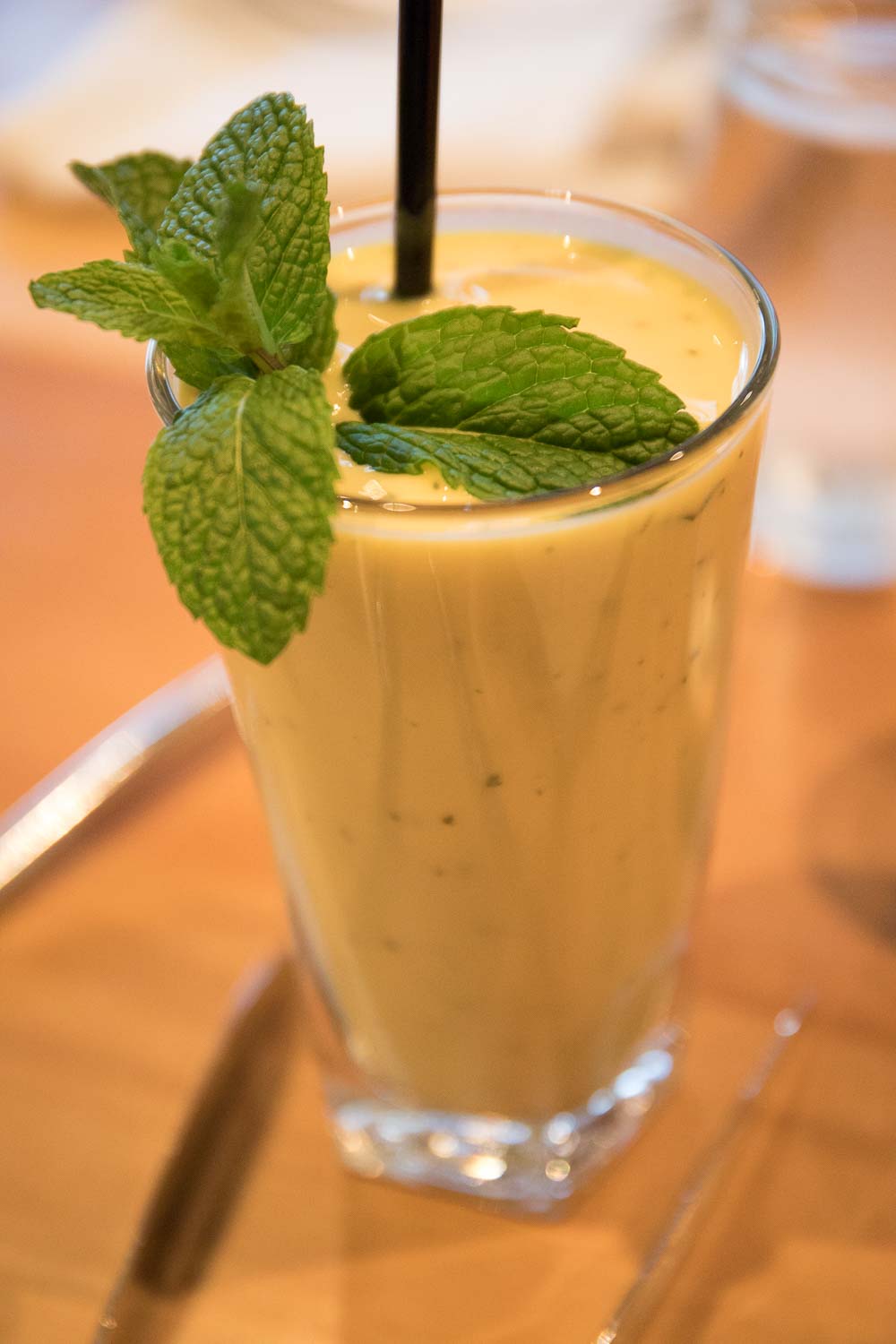 We didn’t order the biryani because the server said they cooked the meat and the rice separately. But pictures do look good online and people seem to like it.

In general, I thought the food was pretty good, with the apps a lot more exciting to me than the mains. I am curious to know how the Californian style mains compare to All Spice in San Mateo. We got a reservation for Saturday night but the restaurant was not full, probably because of the proximity to the city hall and there wasn’t much going on around there during the weekend (perhaps Fleet Week had something to do with it). Neighborhood was a little sketchy for the higher end restaurant though no more so than a few blocks away. We parked right outside. Happy to return to try more stuff.

What else is recommended here? 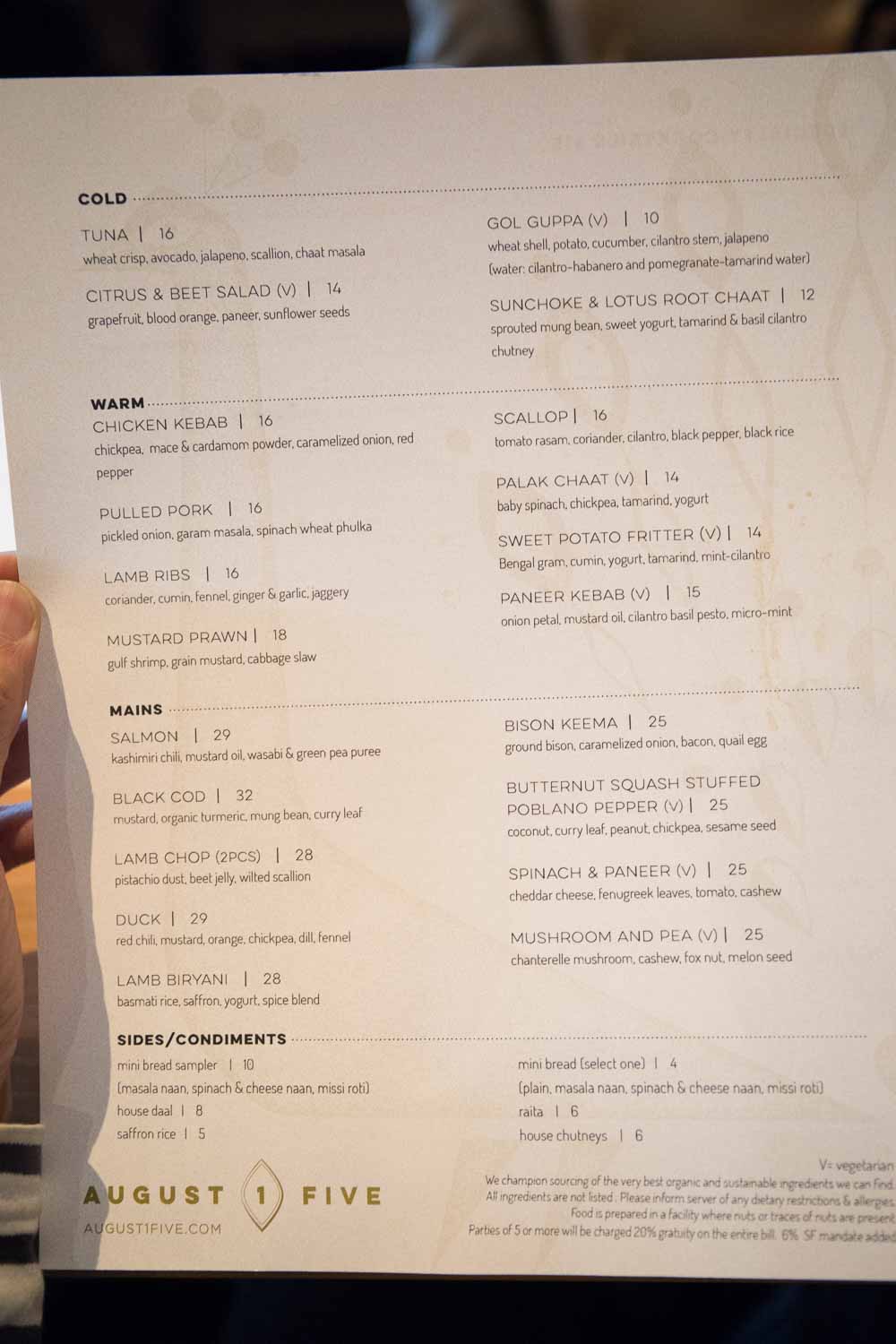 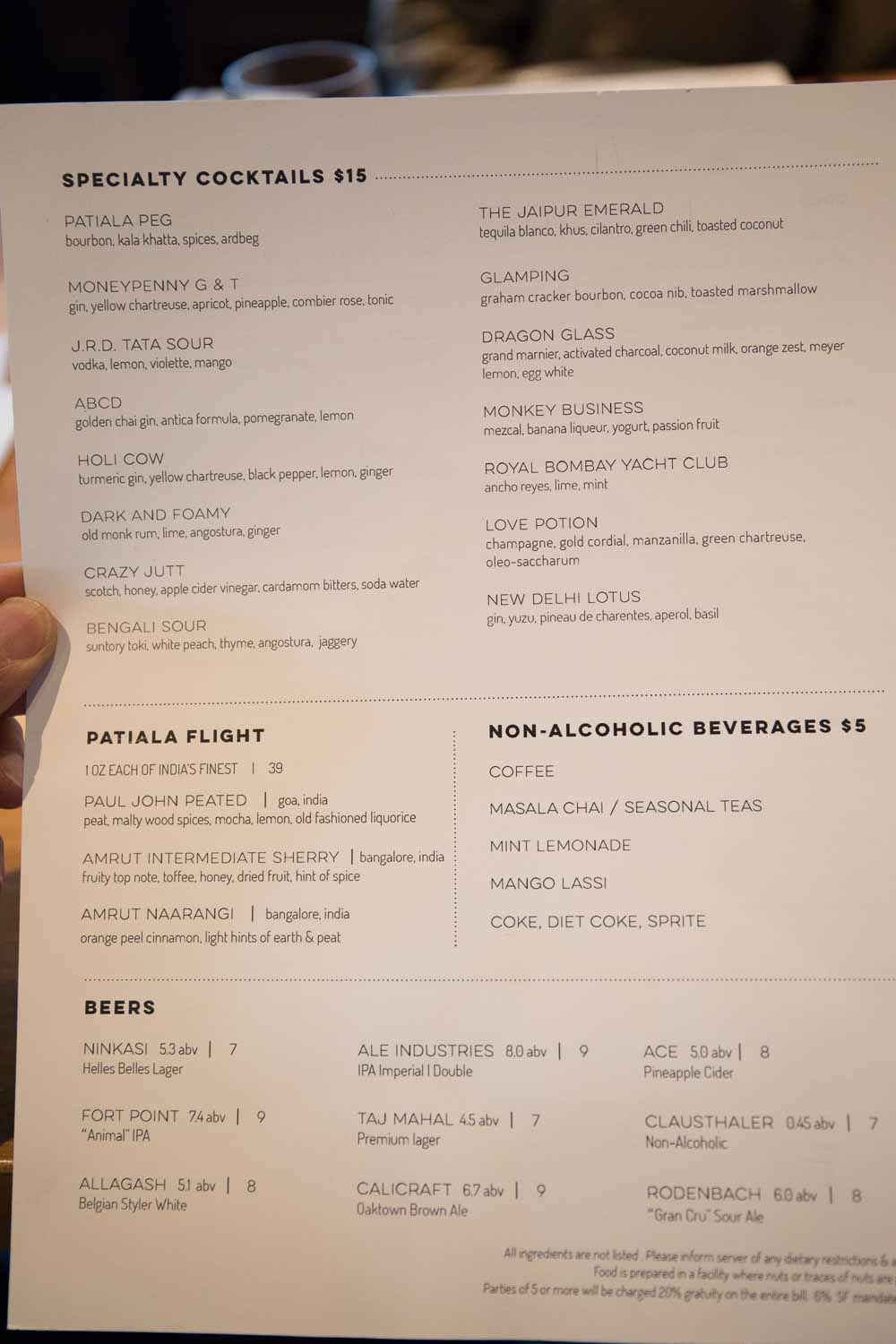 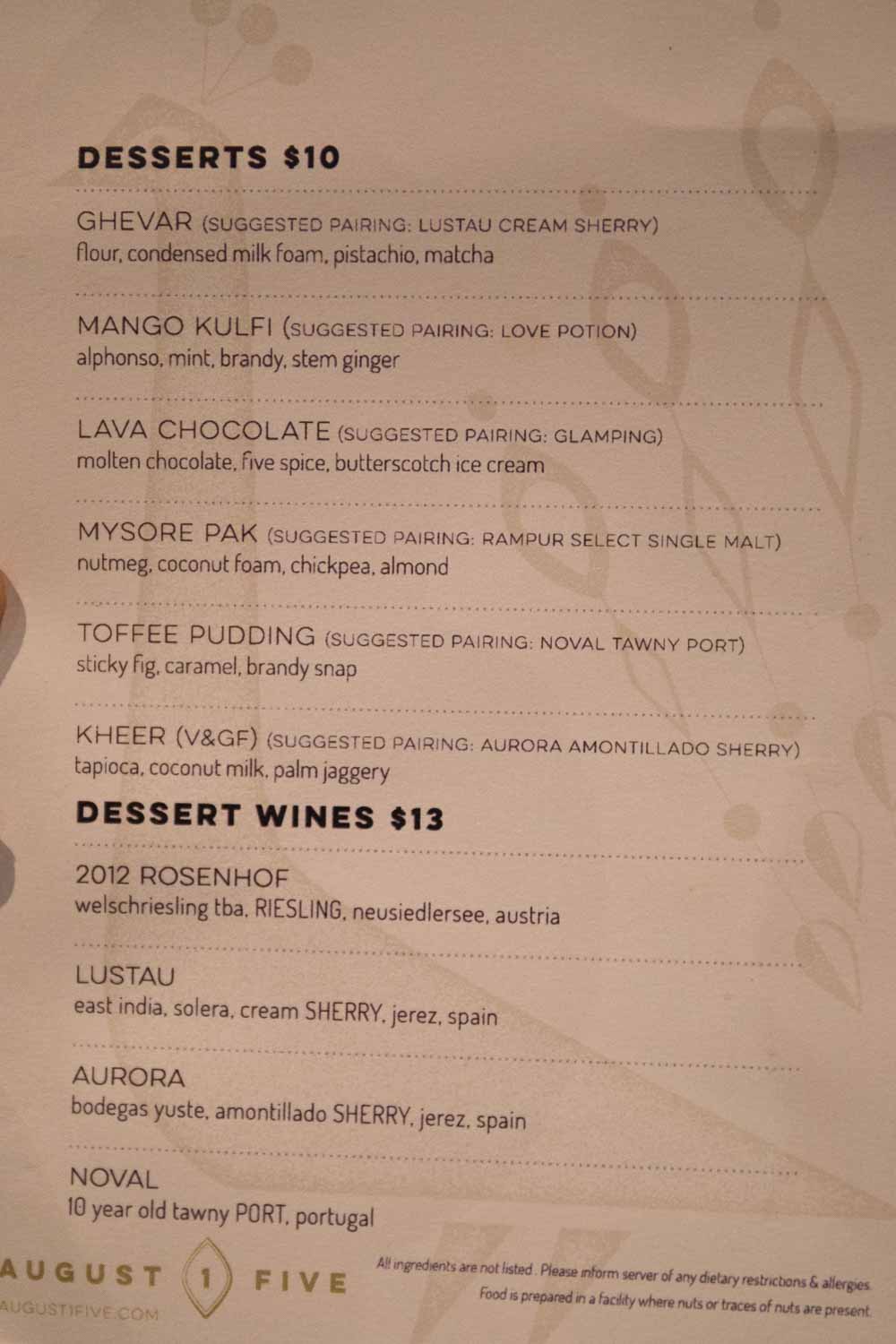 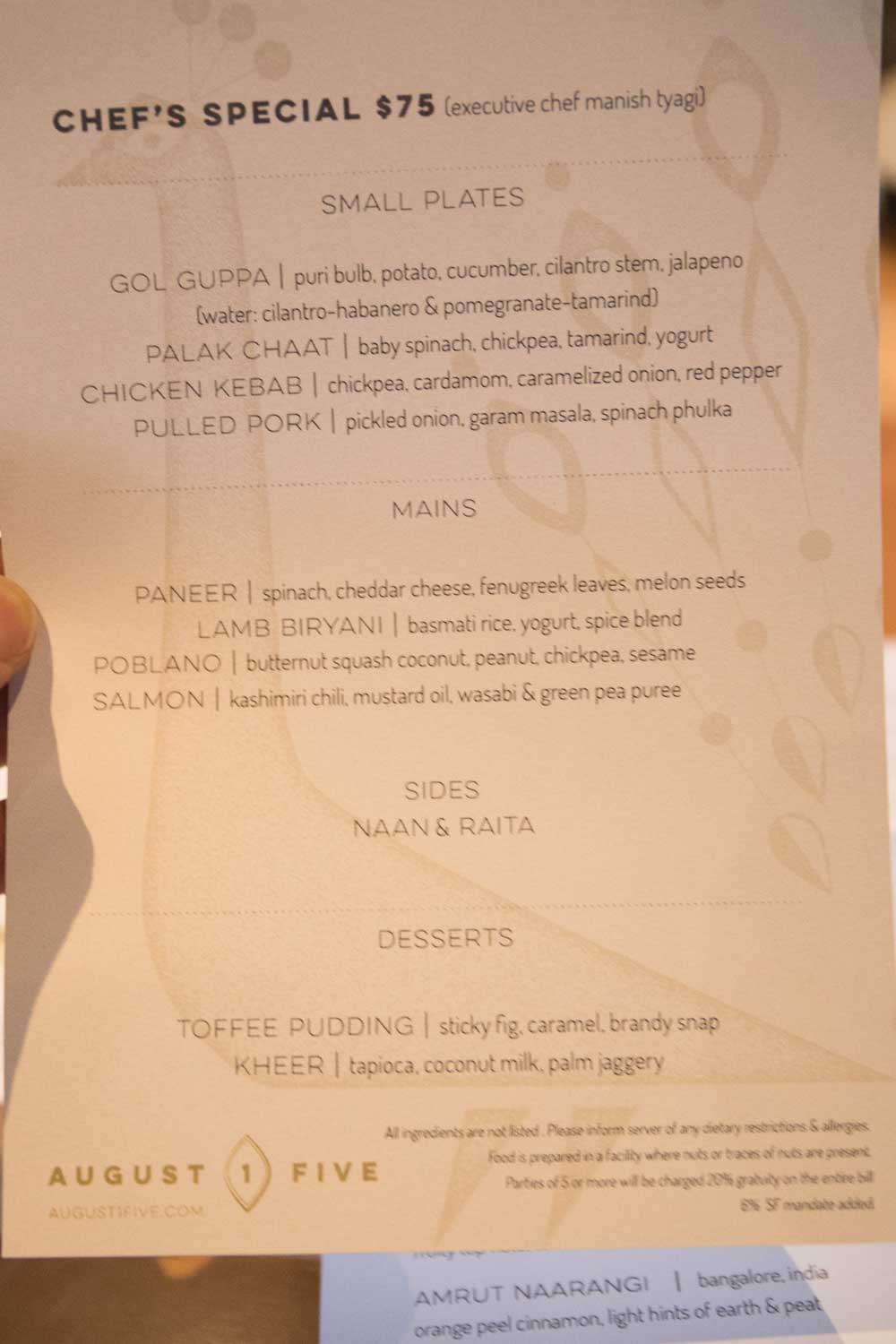 The Lamb Chops plating is stellar!