New place, just open a couple of weeks. Sister restaurant to Saba’s on Fondren which is Kosher/Diary. This one serves meat. I was really craving some falafel; haven’t had any good stuff since my favorite, Mo’s Knockout Grill, closed. Turns out I’d have to go to the other Saba’s to get falafel but I saw the Moroccan merguez (maraguez is the spelling on their menu) sausage pita and decided to try it. 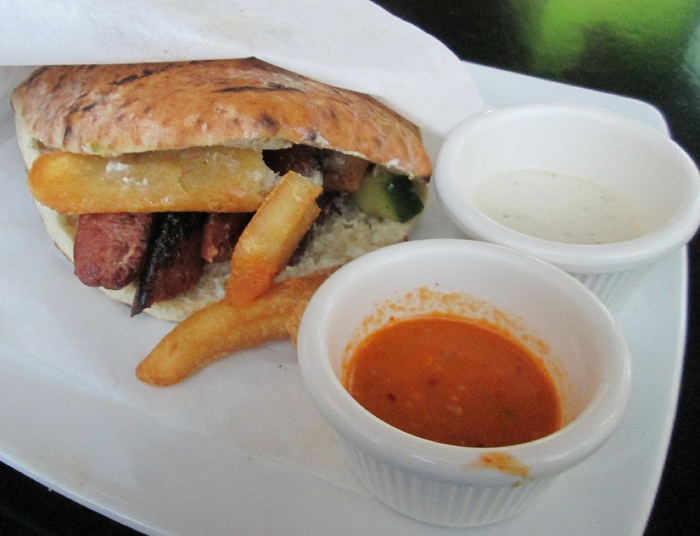 Split, grilled sausages, french fries (not qute luke warm) and Israeli salad (cukes, tomatoes, bell pepper) stuffed in a thick pita with tahini and more tahini and some hot sauce, probably a version of Yemeni shrug, on the side. Not great but not bad. Almost all the sausages were in the front, almost all the salad in the rear. They’ll probably get better with practice. Smallish menu which includes Chinese food and burgers, nice space (larger than the other Saba’s). The menu at the other location has grown over the years so I won’t be surprised if this one does too.