Was in the mood for some seafood Saturday night and now that the post labor day crowds at the shore have calmed down I figured I would give an old favorite a try. This being my first and only time going here this season I held out hopes that the mediocrity that has become Rooney’s in recent years would have subsided and there would have been something exceptional here again.

I first started going to Rooney’s 20 years ago, before Pier Village, before revitalization of Long Branch…pretty much Rooney’s and The Reef Club were the only real games in town. Back then you could get very good food at Rooney’s in an awesome beach front atmosphere…but that all changed many years ago and I rarely go here anymore…maybe once a year just to see if anything has in fact changed.

Nope…if anything my meal was pretty bad. I got the broiled seafood combo…which included stuffed flounder. First the serving size…3 scallops, 3 medium shrimp and one very small rolled/stuffed flounder filet was on the small-ish side. The real problem was the “crab meat” stuff was just mush. Totally tasteless, perhaps the equivilant to a tea spoon sized serving and it had the consistency and flavor of a wet piece of white bread. Horrible. The scallops and shrimp were fine, how far wrong can you go with broiled scallops and or fried shrimp, but the stuffed flounder was what I was looking forward to and it sucked.

Interestingly my wife got the Crab Stuffed Scorpion Prawn (very big shrimp) and the crab meat stuffing in that, was pretty good and had actual lump crab meat in it. I don’t know why the difference.

Bottom Line…Rooney’s still sucks. Go enjoy cocktails and items from the raw bar enjoy the ocean vista and breeze then go somewhere else for a good meal.

Thanks for taking one for the team! We used to love going to Rooney’s during the warm weather months – weekdays only – to sit in the back room with the doors wide open to the magnificent ocean view. That was way back at a time when the food while not screamingly delicious was at least more than passable. But as you said, slowly it declined to where for us the only decent thing to order was the shrimp cocktail. As we’re not into sitting at the bar, that wasn’t enough to keep us going there, and it’s now been more than ten years since our last visit.

I know a lot of people are not fans of Rooney’s Oceanfront Restaurant.
I happen to love it here and their brunch has always been a favorite.
It was a buffet with a la cart options & I loved their Bloody Mary’s.
The pandemic has changed most of that.
Today it has a brunch menu you pick one

of a few items including but not limited to a bagel platter with pastrami cured salmon, capers, onions & cream cheese.
A few different types of pancakes, chicken and waffles and a type of pigs in a blanket.Also includes
A side of home fries, sausages & bacon and a basket of typical breakfast pastries & desert was Canoli cookies & fresh strawberries & whipped cream.
You also get a mimosa & an oyster slider.
This is $29. It’s definitely worth it and the food was excellent.
Good spacing & no issues with masks.
The view is amazing especially after being shut in for so long.
I have no issues
with Rooney’s Oceanfront Restaurant other than its not walking distance from my home.

Made my annual “out of season” trip to what is still one of the prettier water front restaurants at the Jersey Shore. Interesting observation they have a “Celebrating 25 Years” on their menu, I’ve lived in the area for 26-27 years now and I sure thought Rooney’s pre-dated me in Monmouth County?

Anywho…we arrived on Monday night at 7pm and had no problem finding a nice front row table to the Ocean view. Believe it or not there was actually a surfer out in the water! It was beautiful and the food was good, but 2 people 1 salad - 2 entree’s - NO Booze or desert and $ 110. for 2…well that’s Rooney’s!!!

I had a very ample wedge salad and I had the Rooney’s Seafood Combo the wife got Halibut “angry” style. (her side of brussels sprouts were a $4. upcharge. She enjoyed hers and I had a bite and it was quite good, mine was good as well, however the crabmeat stuffing was the least impressive part. To be perfectly honest the All Season’s Diner has a broiled seafood platter that is double this size, their “fake” crab meat stuffing is quite good, and it comes with soup and a salad AND a small half a lobster tail for
$ 29!!

Anyway it was a nice meal, excellent view and a good overall night for dinner on the Jersey Shore. Soon enough you won’t be able to get within a half mile of Rooney’s and I’ll let the summer crowd enjoy it! See ya in the fall Rooney’s!!! 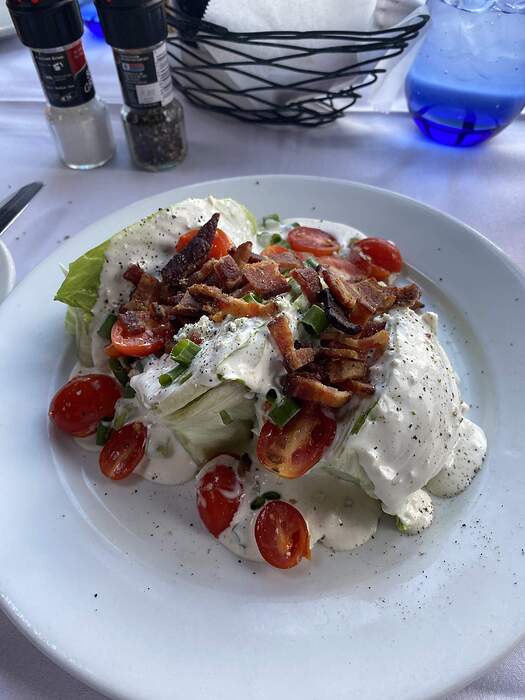 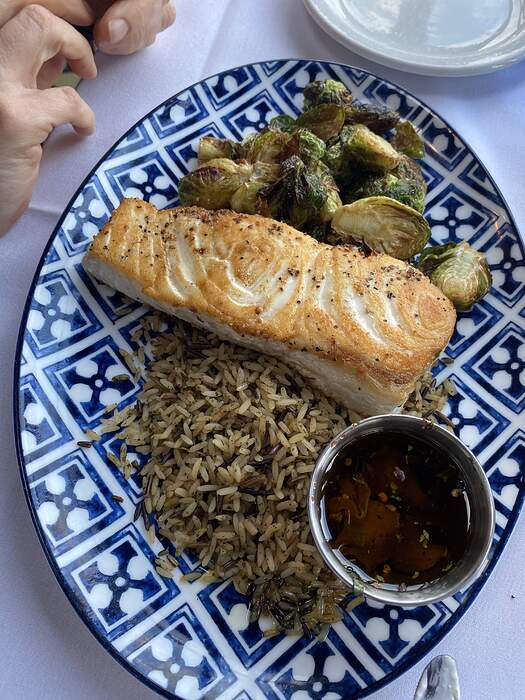 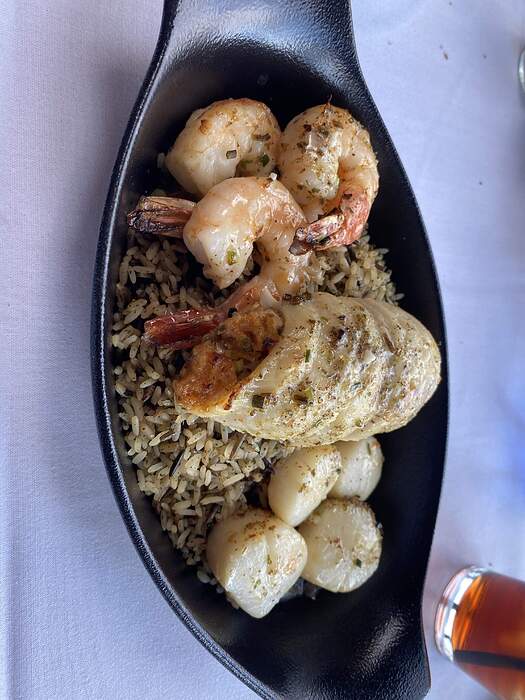 I’m 34 years with a Long Branch gal and have never ventured to Rooney’s. I can take my Windmill hotdog to a bench on the boardwalk and also enjoy the view

Glad to hear you and the Mrs. enjoyed.

I like Rooney’s for Seafood & drinks
Summer Sunday early afternoon at the outdoor bar usually a ridiculous drink or local beer.
I don’t go there Friday or Saturday but on a nice summer week night I am there 2-3 days a week.
After the Labor Day Weekend, brunch at Rooney’s is very enjoyable.

That’s just RIDICULOUS. Thanks for taking one for the team (even with a view).

I don’t believe it!

Ehhhemmm…I’ve been abstaining during the week in anticipation & preparation of the upcoming bikini season. Gotta keep up appearances at the beach club, it’s bad enough I look like I’m wearing a swim cap.

@CurlzNJ that’s the Rooney’s tax! I think Pier Village was the best/worst thing to happen to Rooney’s. While never cheap they were a better serving size to price ratio many years ago. Now in addition to their faithful followers (I use to be one) but the overflow from Pier Village they could open another restaurant and not fill it. So once PV opened the prices went up and portions went down to what we have now. I’m not trying to say the portions are small, they are ample but perhaps slightly larger would help justify the price(s). However the truth is one look out those retractable windows with a nice ocean breeze and a cold drink and I’ll still pay it. Just not waiting 3 hours and fighting in line or 3 deep at the bar.

Although I haven’t been in quite some time I do have a special place in my heart at Rooney’s. It was the first place I ever ate at in the area! Took my buddy for a nice meal after he helped me move.

I am happy to pay a little extra to use their real estate. Was there celebrating a bit last night. The sun setting and the moon rising and of course the water made it a nice night.
Started with the blackened halibut bites, which were fresh with great flavor. A decent half wedge salad, grilled shrimp and branzini fillet entrees completed the meal. The chimichurri and salsa verde that accompanied were pretty flavorful. The bread was very good and came with soft whipped butter.
Of the restaurants down there I feel Sirena gives the best value, Rooney’s for the great views. 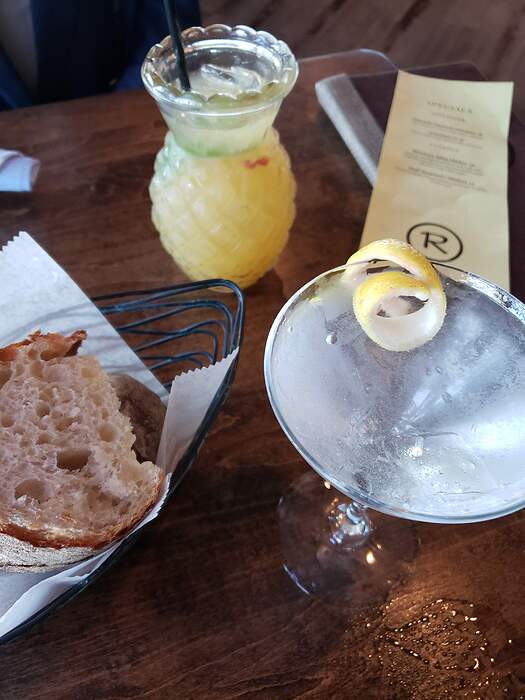 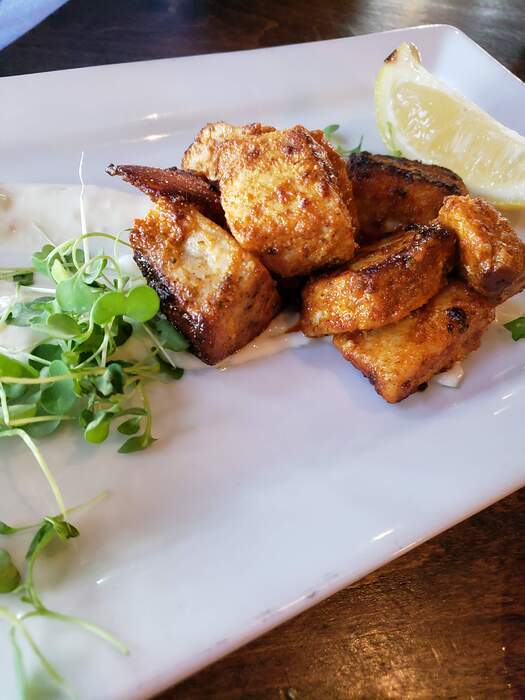 I hadn’t been to Rooney’s since Covid started. So, yesterday my son and went for lunch. So, nice to be back. It was too hot to sit outside but still had a nice view of the ocean. I had a Flounder sandwich and my son a Portabella mushroom sandwich. We really enjoyed them. They were fresh and tasty.
I hope they return their Buffet Brunch.

Won’t see that brunch until after Labor at the earliest of that I am positive.
The pandemic version of Brunch was pretty good last time I had it about a month ago.
That buffet brunch is something special though & the Rooneys Bloody Mary is a one of the best around.

Yes, I messaged them and they said they were restarting it in September!