I recently spent a few days in Rome. Several highlights and the odd disappointment. All these are fairly cheap options. (I have posted separately on my two meals at Checcchino dal 1887 here: Checchino dal 1887 [Rome])

I had my fair share of slices of pizza in Rome but these were the best a country mile. Very light base and the toppings very much out of the norm. The pork belly marinated in milk with, fennel and spinach was both rich from the pork yet lightened and freshened by the fennel and spinach. Very handy for the Vatican museum.

Visited after the Vatican and it’s not far after crossing the river. This was some of the smoothest gelato creamiest gelato I’ve had without being overly sweet. Lots of interesting flavours but I went for the raspberry and sage. In the wrong hands this could have been awful. The raspberry that was swirled through the gelato was really intense and was offset perfectly by the light herbal note of the sage in the gelato. Luckily there was a light hand with the sage.

Tiny place very near the Trevi Fountain, with the emphasis very much on pig. First place where the porchetta looked really good. Went for the porchetta sandwich with roast vegetables and mozzarella. Good bread and the porchetta was tender with a good amount of fat, the roast veg added a touch of sweetness and the mozzarella rounded everything out nicely.

Perhaps not worth seeking out but good if in the area.

The gelato was good and they have a wide variety of interesting flavours ( I liked three tobacco chocolate). It wasn’t as smooth and the flavours weren’t as intense as Gelateria del Teatro. Maybe if we’d tried this first.

Spotted this little place on the way to the Spanish Steps. Yes it was only a quick macchiato standing at the bar but they were the best we had. Also it was for me the quintessential coffee experience in Rome. Tiny old fashioned place and the dapper old guy with moustache and bow tie behind the bar really added to it.

This was our first meal in Rome. It appeared promising. A small rough and ready place knocking out Roman classics since 1961. I went for rigatoni pajata. Two very small pieces of intestine in a very bland tomato sauce and woefully undercooked pasta,not even close to al dente. The sauce on the carbonara across the table was thin and not all that tasty. Similar story on the texture of the pasta. One Plus point was the house wine which was very drinkable for the money. The desserts were forgettable.

Interesting. I’ve never been to Piazzarium. I’m not much of a pizza al taglio fan, or pizza with creative toppings, but very much a fan of Rome’s classic pizza tonda in the evenings, but probably not in December. Ditto gelato in December. Took note of your favorite macchiato -since I am always in the mood for a good one - but the name of the establishment is"Trinita" – si? 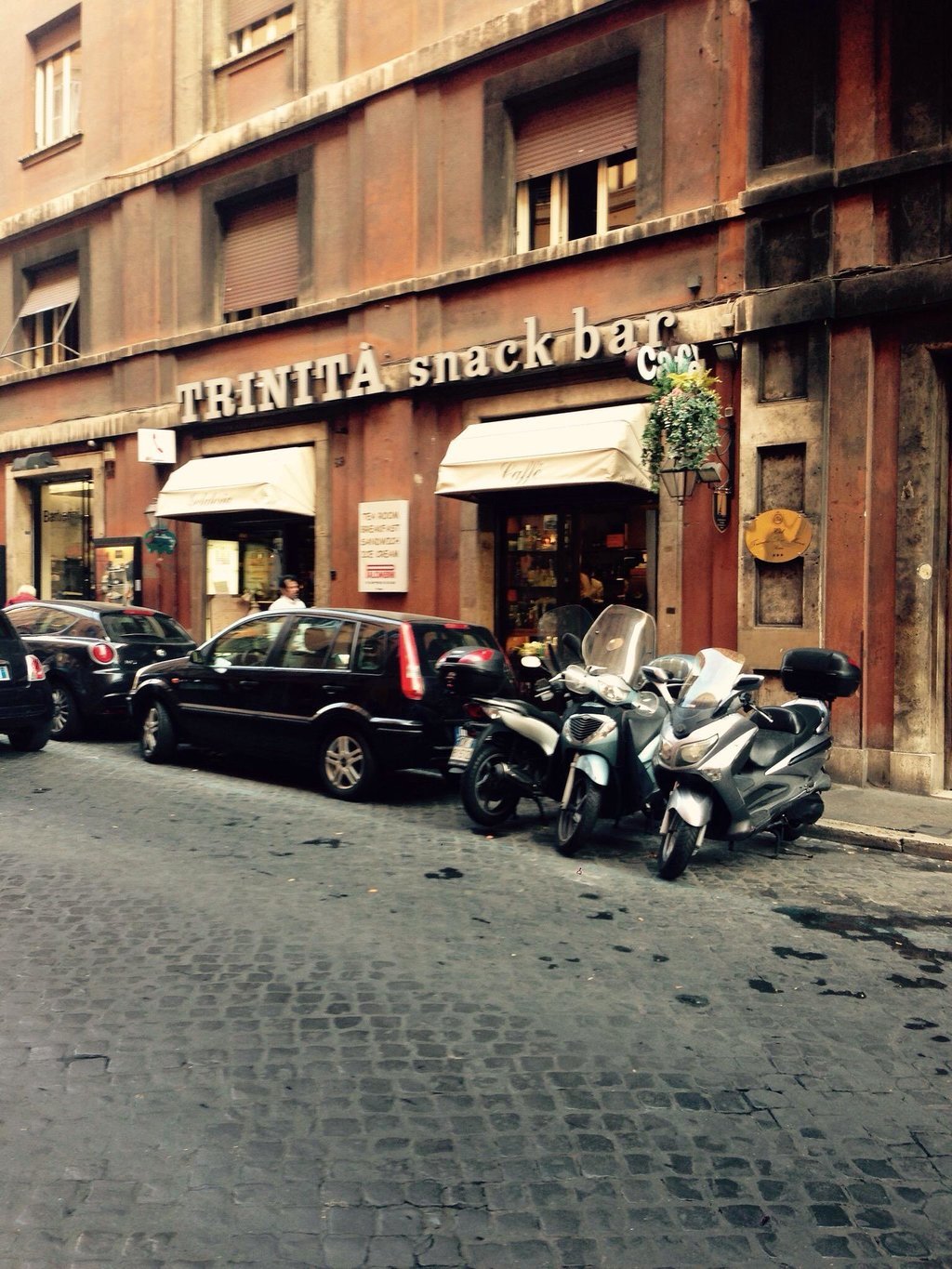 Thanks. I couldn’t imagine having a gelato in December. But I was studying in Perugia, where it is really quite chilly in the winter, and my visits to friends in Rome were guided by them, and they would never think of such a summer dish in what for them was a cold season, except as a refresher during a festive supper indoors.

I’ve never had a big budget in Italy, as a graduate student, so I’m glad to see modest places.

I couldn’t imagine having a gelato in December.

The temperatures in Italy in this most recent December were exceptionally warm, and maybe Rome was warmer than most. I actually have tried eating gelato in a more typical Roman autumn and it was just too cold in my chest to be enjoyable.

But I was studying in Perugia, where it is really quite chilly in the winter,

I hope your budget was big enough for a cioccolato caldo in winter in Perugia!

That’s the one. Sorry for the confusion with the mis-spelling.

When I was in Rome it was very sunny, almost t- shirt weather. It got to 16 c on one day. In any event there was no way I was going to Rome and not having gelato.

Mamma mia. Not normal, really. However, neither was the mid-December snowstorm I experienced in Rome a few years ago.

no way I was going to Rome and not having gelato.

I’m pretty sure those Roman gelaterie are not staying open in December just for tourists. Romans like to sneak in a few. In some Italian gelaterie I’ve been around in December they will serve hot toppings or do a lot of affogatto. Or gelato with alcohol swirled in it, like a whiskey or cognac caramel. (Quite tasty and reviving but it is real alcohol, not flavoring, and can really get you tipsy.)

Oh, absolutely, but I’m not very fond of sweets, and especially not of sweet beverages. I always had an espresso, a cappuccino, a macchiato… Nothing with too much milk.

At the universities, (University for Foreigners (horrid Fascist name…) and the University of Perugia, there were caffè-bars where the budget required was small indeed.

I do have a sweet tooth, and chocolate from Perugia is one of my two very favorite Italian chocolates. It is raining buckets today where I am Italy and I wish I was drinking a cup of cioccolato caldo at Sandri — not a cheap place, and now either no longer open or much diminished for having changed hands. The last time I was in Perugia (August 2014) it was next to impossible to find local chocolate maker shops in the center, and it wasn’t that they were shut for August. They’ve just been run out of business by more tourist-oriented shops. All I could find was Perugina.

When I was little, my mother – who is talented with her hands – got tasked with wrapping all the Christmas presents that my father’s employer, an Italian restaurant, gave out to its business associates. The gifts were big boxes of Perugina chocolates, with beautiful engravings of Perugia on the boxes. It might have sparked my earliest interest in going to Italy. 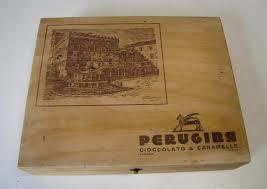 I didn’t know that L’Università per Stranieri was a Fascist-era name.