This tiny new taco shop, next to the recently closed (after 30 years) Yogurt Deluxe offers fresh pressed tortillas and from what I tasted opening weekend some pretty solid tacos.
The tortillas are of the thick sort which I don’t like once they have cooled and been reheated because they’re too stiff, but here they let the corn flavor shine through. I also really enjoyed the carnitas I got–well seasoned and well crisped, the crisp version has been lacking from a lot of the old-school standards these days. The fish taco was well balanced, though the fried fish itself wasn’t as crispy as I had hoped. After noticing an actual spit for the al pastor (with 1/2 pineapple on top) I will definitely check that out next time. 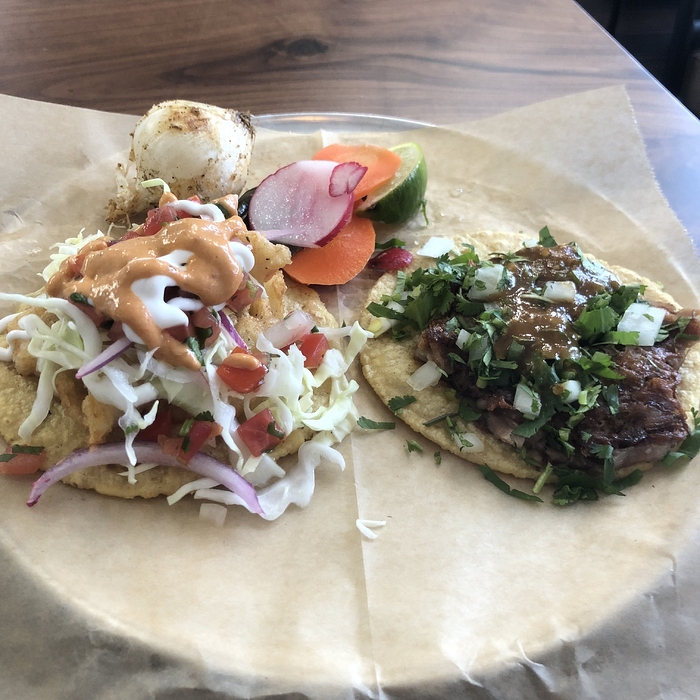 Oops, I meant to add that while the fresh-pressed tortillas are good, the tacos are a bit difficult to eat as the proportion of toppings overflows the small tortillas–I’ll have to order chips and salsa next time to pick up the overflow.

No Forks? No Sporks?

If someone snapped a picture of me eating tacos with a fork I could never be elected president.

Interesting. What was the price of a taco?

I always go for an Al Pastor if the spit is prominent and it has a big pineapple on it.