Years after the Richmond restaurant closed, Aziza returned last week. It was probably 10 or 11 years ago when I last ate at Aziza. I never really made it to Mourad in downtown. So its been a while that I had good Moroccan.

I was at the Golden Gate Park Saturday, and was looking for places nearby to grab dinner when I by chance noticed Aziza was open. That was I believe the first few days of reopening. The menu was somewhat limited.

I still remember quite fondly the basteeya I had years ago. So I am glad to see it on the menu. I’d love to have that lamb shank, but since I didn’t dine in, the restaurant said there’s no container they could hold that shank in, and the shank wasn’t available for takeout. Too bad. 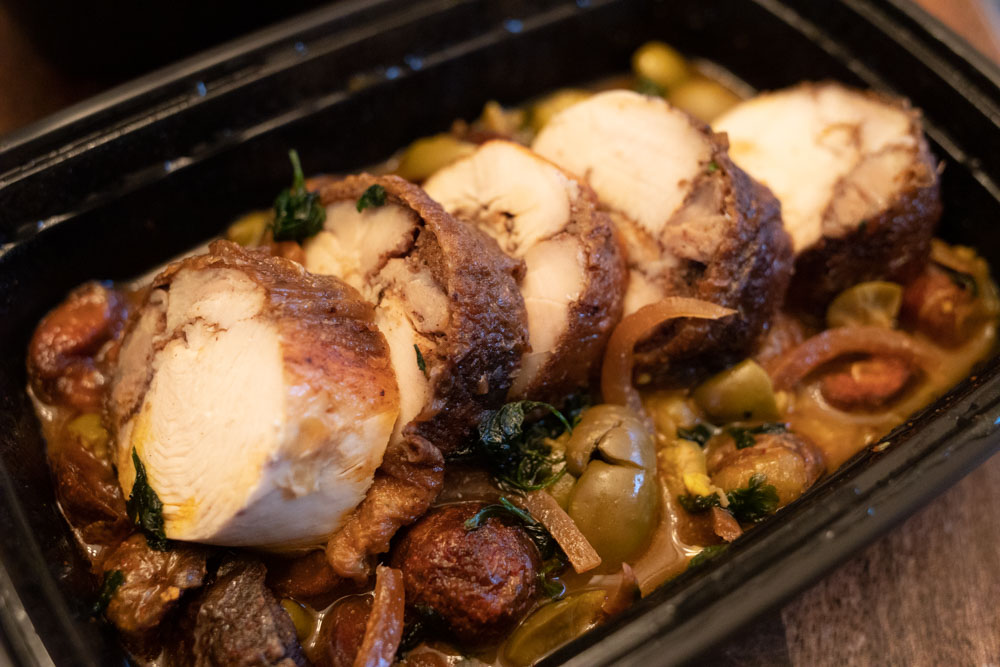 The chicken roulade with stewed onion, green olives, preserved lemon and ‘crispy’ potatoes. Very tender chicken wrapped in what looked like rendered chicken skin. It would probably have been much better texture wise dined-in because the chicken skin would most likely be crisp like bacon. But takeout is takeout. The potatoes were also soft because of the long distance travelled in the box. The sauce was seasoned with a little bit of what seemed like ras el-hanout, and the salty green olives and the sour preserved lemon added quite a punch. Quite good dish. 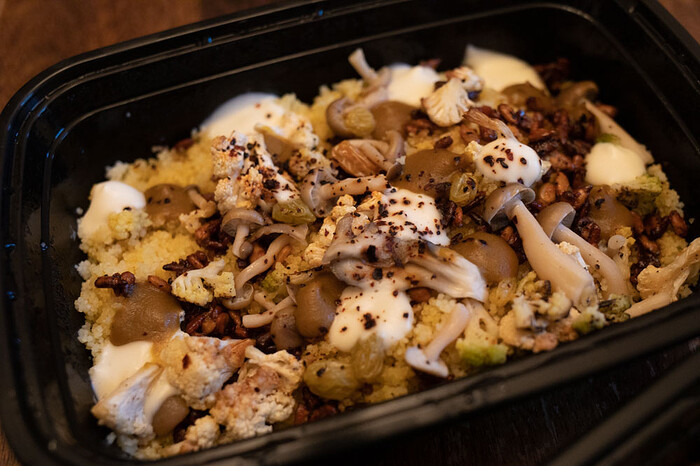 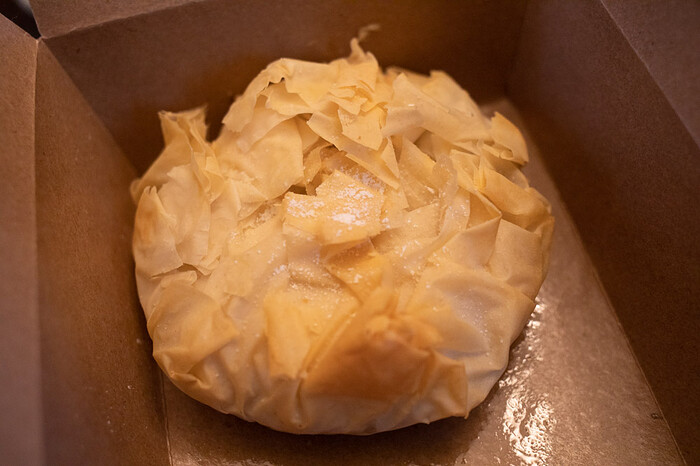 Basteeya with chicken confit, almond, onions. The flakey pastry itself looked undercooked so I called up the restaurant and asked if mine was a take and bake instead of a fully baked one. I was told that they weren’t selling take and bakes at the time. The pastry tasted fine actually. The basteeya was pretty good. Not quite how I remembered it. Its actually quite sweet, maybe a bit too sweet, since I was expecting it to be more savory. 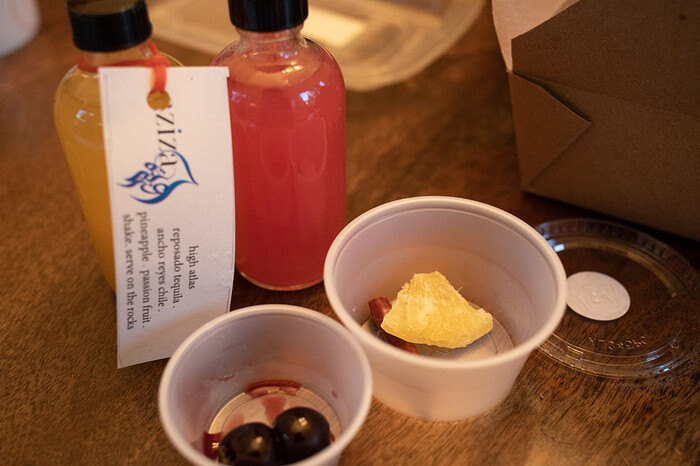 I liked the High Atlas cocktail. Came with a piece of dried pineapple and arbol chile to be added into the mixture of Pueblo Viejo reposado, elderflower liqueur and ancho reyes chile. Not sure if any of these things are found in the High Atlas Mountains but the drink was enjoyable.

The basteeya 10 years ago was the highlight of the meal. This time, the chicken roulade and the cous cous both managed to overshadow the basteeya.

Would love to return to try more of their menu when they have time to develop their menu more.

Yay! I remember the original fondly, and have a coaster from there, as that is the name as someone in my family! Those dishes sound great!

Looks pretty good! I also last ate at Aziza probably over 10 years ago when it was still in the Richmond. I remember being impressed with the interior - it felt like dining in a genie bottle - and also the delicious basteeya and various spreads.

Thanks for the timely post. Aziza was a fav of ours when we lived in the City and the upscale Moroccan fusion it was doing just before closure was really phenomenal. Those were the days when Melissa Chou was the pastry chef and her creations were incomparable.

I can’t say we were impressed by Mourad when we went. Food seemed a pallid imitation of what Aziza did so effortlessly. Portions were generous, though, which usually translates to great reviews on “Y” and other sites.

Mourad is justly proud of his couscous, which takes 10 pages in his recipe book if one wishes to recreate it at home. I don’t think any other chef takes the time and effort in it that he does!

I enjoyed a meal at Aziza about 7 years ago. Would love to return. Nice photos.