We went for lunch. It was 2012 when we were last at Hickory’s. That was the original branch in Chester – now they have 11 outlets. What they are trying to do is replicate the feel of an American BBQ chain restaurant – somewhere like Smokey Bones where we ate in Charleston, South Carolina. Certainly not the “down and dirty” feel of a pit BBQ independent. And, let’s be honest, this is food that does not travel well – I don’t think I’ve ever had decent BBQ outside of the Southern States – not even in the north of America, let alone North Wales. But then, you’re not going to get good Welsh lamb in Alabama.

We just had main courses. I had the pulled pork. The menu tells you that it comes with barbecue beans. What they don’t tell you (and I’d forgotten since the previous visit), is the pork and beans are mixed together. You’d never get that in the States and what it’s doing is bulking out the actual amount of pork you’re getting. But it tastes OK, just as chain restaurant BBQ will usually be OK, without having anything of the WOW” about it. The bottle of BBQ sauce on the table perked it all up a bit. It also comes with decent fries and a coleslaw that is just a bit too sweet – but that is pretty authentic for American coleslaw.

My partner went with the lunchtime “sub and a soda” deal. Lightly smoked beef brisket in a submarine roll, along with peppers, onions and pickles. It also comes with the fries and coleslaw. And a small bowl of “gravy” to dip your sandwich in that, in reality, is the thin, tasteless brown liquid that Americans call “jus”. One dip of a chip was enough to confirm this was just as unpleasant as the American version – so another bit of authenticity, then. That aside, it’s all nice enough.

Service is cheery and attentive, without the “over the top” style you might expect in those American chains. And, without asking, they put a carafe of tap water on the table, which is always a good touch.

I remembered trying Pitt Cue back in 2012 when the Southern-style BBQ trend was sweeping London. It was so good, but went under after a few years.

Now it seems to be making a comeback. 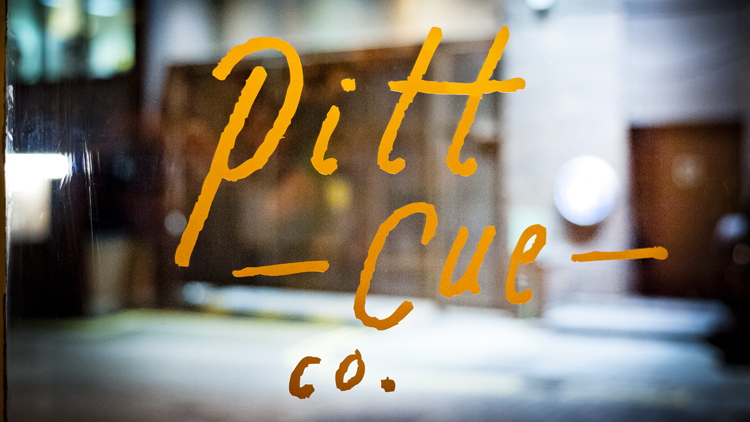 Famed London barbecue restaurant Pitt Cue Co. is to return after being bought back by one of its original founders.