Was heading out of White Plains on Mamaroneck Ave. one evening and still had hunger pangs. Decided to stop into old Francescso’s for a quick bite. I had not been in there for years, but this retro Italian eatery has its fans. The bar was busy, but scored a seat in the corner. Dining room had just about emptied out. I went for a medium sized meatball pizza. It was prepared in the old fashioned traditional style and it was good. Took some home. The couple next to me were enjoying their molten eggplant parmigiana with fries. They said it was one of their favorites. Barkeep was personable…will pop in again sometime down the line. Caveat: The place has changed minimally over time and could use some sprucing up…

Right next to it ( or a few doors down) is Il Forno - a small but very good Italian deli,they even have a pizza oven on premises,and also eggplant parm. A few tables to eat in, but primarily more of a take-out shop. Should definitely give them a look also (daytime however)

Thanks, rich51. As you may recall from previous posts, I have visited Il Forno a number of times. In fact, now they serve beer and wine. On this occasion, I was in the mood to revisit Francesco’s…

We had been meaning to try Francesco’s for the longest time … Primosprimos has mentioned repeatedly here at HO, that Francesco’s had reliably good Italian American food and has been a favorite of hers for years.
We finally made it over there on a Saturday night towards the end of October. We skipped lunch and went for a very early dinner … it was definitely a “silver haired” crowd on this night at this early hour.

A large party arrived shortly after we did. The table did not have enough space to accommodate everyone so the 2 loudest most obnoxious couples sat away from the rest of the party, at the table directly next to us. I had to move my seat because one of the gentleman was sort of almost sitting in my lap … he knocked the straw out of my iced tea as he was being seated as well. I ended up making friends and chatting it up with him as opposed to losing my mind … most definitely an “if you can’t beat them join them” situation. The old guy was a bit cranked up about his after dinner plans to attend “the oldies show at Stepinac HS”

Service was great, attentive and friendly
Food was mixed

House salad for 2 with gorgonzola and an oil & balsamic house dressing was composed of iceberg, tomato, black olives, roasted red peppers, cucumber and was quite enjoyable. I usually do not like balsamic on my salad, but this vinegar was good and did not overwhelm, the gorgonzola was of a surprisingly decent quality and there was no shortage of it. DH ordered fried calamari, it was not to his liking or mine. The oil was not hot enough and the calamari was soggy. Although tender it seemed to be the frozen type sold in bags. All rings no tentacles the accompanying marinara was good.
DH also had the ziti with broccoli/sausage/garlic & oil, he thought it was meh, he liked the sausage though in spite of the fact that it was sliced. We both prefer crumbled for this dish. I tasted it and found it flat the pasta was a bit rubbery as well.
I ordered the NE clam chowder and sole francese. I didn’t love the clam chowder, there was nothing wrong with it, it just wasn’t to my taste, the francese on the other hand was fabulous. The fish may have been just the teeny tiniest bit mushy in consistency perhaps due to being undercooked, but the sauce was so good I didn’t care and I would order it again I so enjoyed their preparation. The accompanying spinach was just okay, I do appreciate that there was no up charge.

Dinner was 80.30 I think, which is pretty reasonable for so much food … lots of leftovers. The entertainment was free … and fitting.
Definitely going back, we will eventually figure out what they do well … the pizza looked very good. 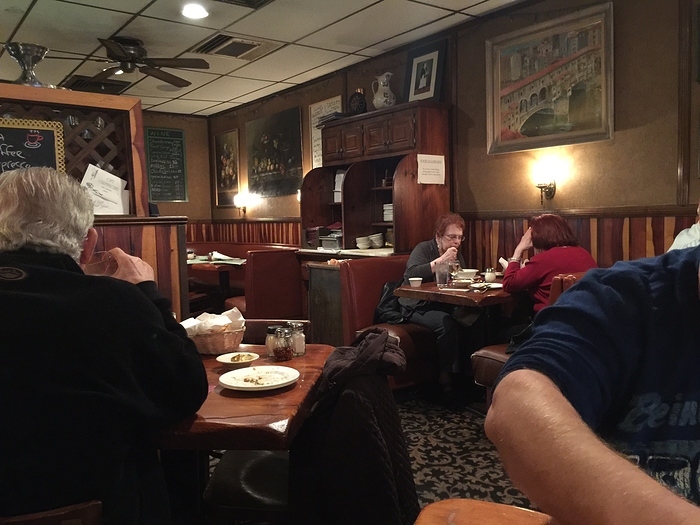 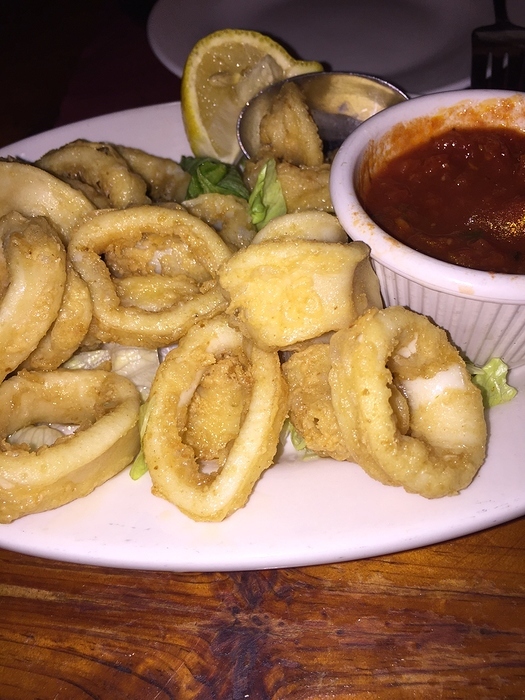 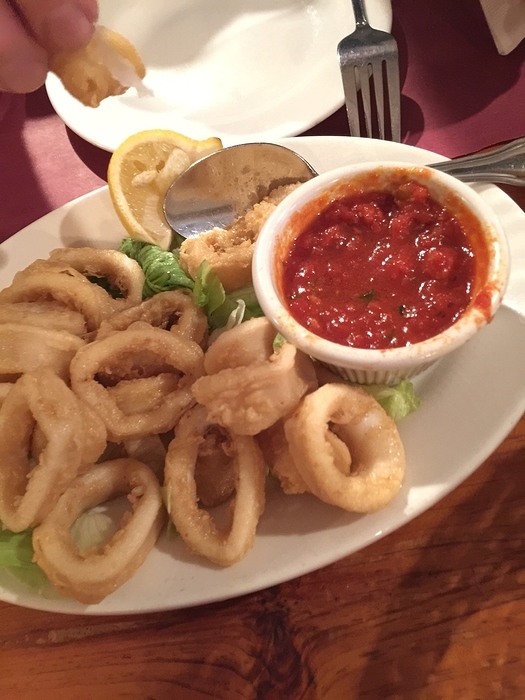 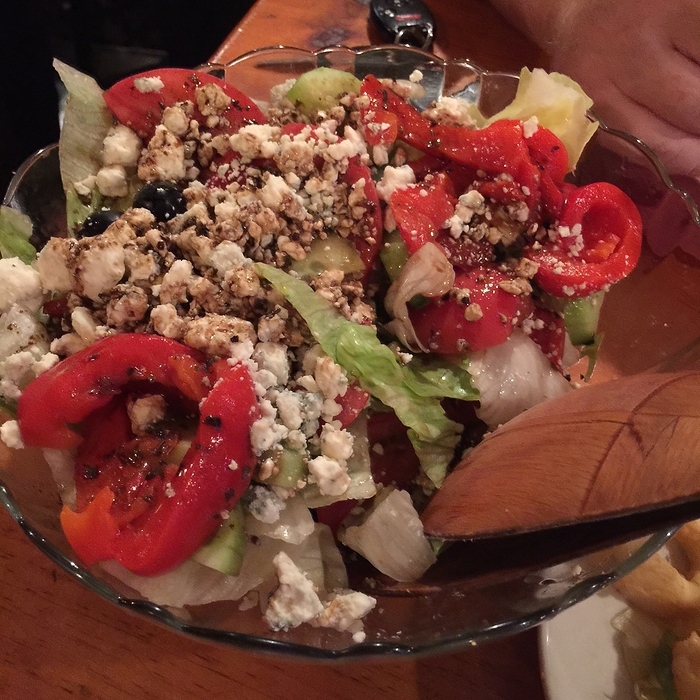 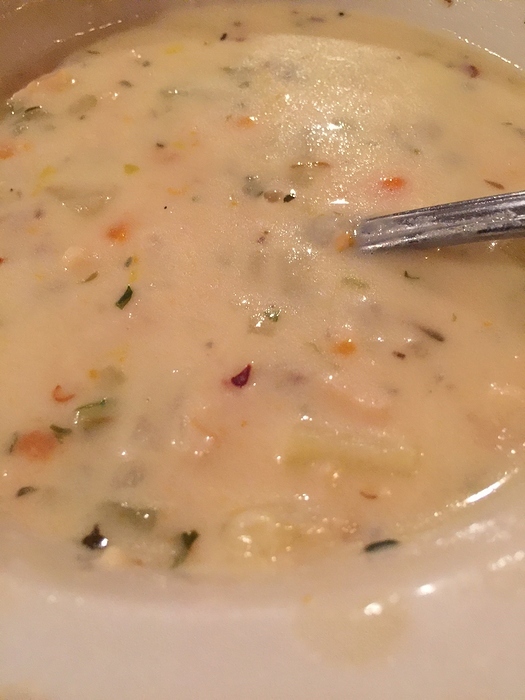 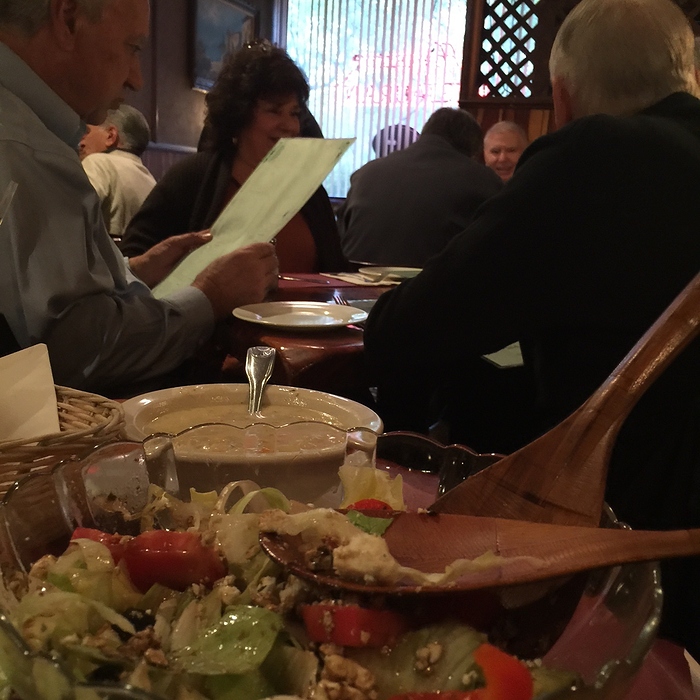 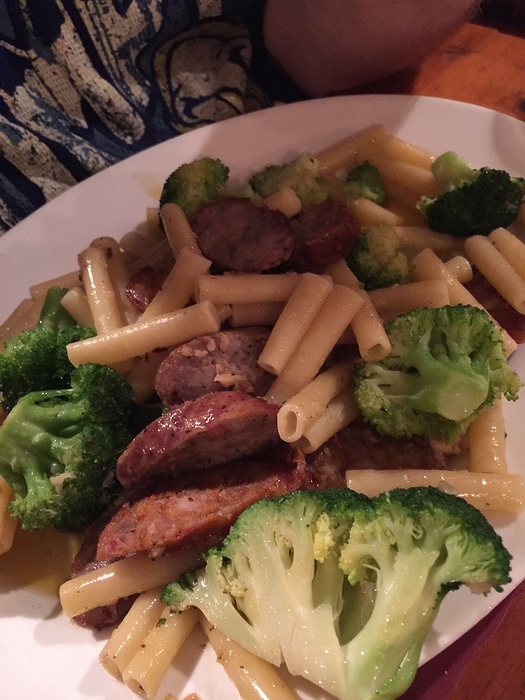 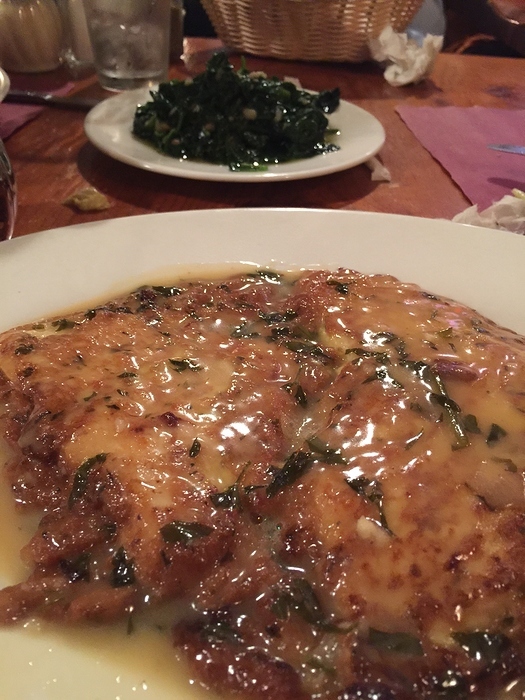 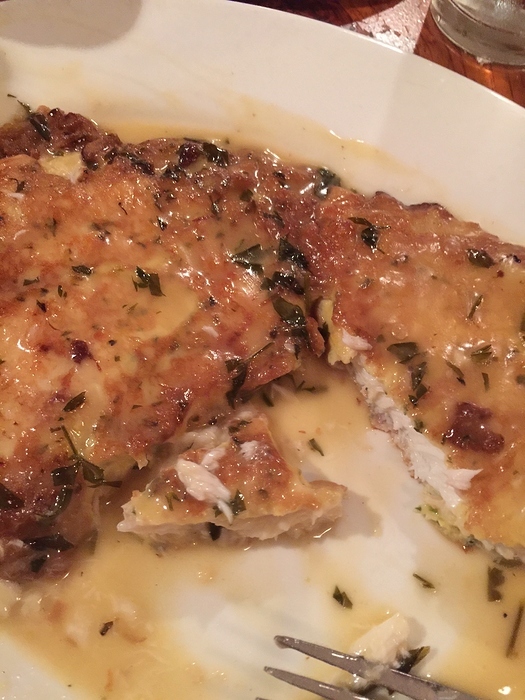 Think I liked the fish!!!

I remember your post and Primoprimo’s about Francesco’s and of course your great pictures. DH and eye have a 5:30 eye doc appointment in WP later this month. Maybe we’ll hit Francesco’s after - since we won’t be able to see to drive home!