It appears they have a machine that does regular or shaved noodles. They flip a switch and it’s shot into the water. It’s cooked to order and fast. I’m not an expert but the food seemed pretty good and I like having more authentic food available this way.

A knife shaved noodle machine sounds like a good idea – –while some variability can add to texture. slow knife shaving causes some noodles to be hard and undercooked and others overlooked and soggy.

What do you mean by ‘slow’ ? As in the blade cut through the noodle slowly, causing uneven-ess?

We could test your suggestion if we shell out a few bucks for one of those knife shaved noodle tools!

By “slow” I meant the time between when the first noodle is lobbed off the mound into the boiling water and when the last noodle hits the water. Since they’re all fished out of the water at the same time, a slow noodle maker may have their first noodle sitting in the water several minutes longer than their last noodle, resulting in wide distribution of doneness.

I would think that if uneven cooking were a problem, chefs in China would have adopted a different method by now! Perhaps the continual adding of cold shaved noodles is a mitigating factor, retarding a full boil until all noodles are added. Or, perhaps the chefs “skim” the cooked noodles as they rise to the top. You have to assume they know hat they are doing.

Any video I’ve seen, Hand cut, knife-shaved, and other Chinese wheat noodles (SFBA/Norcal) , has shown a big pot, no skimming, and a quick technique so I don’t think the temperature of the water changes much— a full serving takes around as long as it takes me to submerge a pound of spaghetti into a pot.

I’ve witnessed the same at a MY China. It’s not the same type of noodle, but my inexperienced hands at making Then thuk noodles aka Amdo noodle squares aka Tang fan 汤饭 aka Mian pian 面片 require me to use small batches otherwise it’s sog city.

Have you ever had a bad serving of knife-shaved noodles in China?

No, but I have had bad ones here where each noodle was roughly the same shape and size, but some noodles were overcooked and others had uncooked dough

Hi, I recently went to Noodle Time on the San Antonio / ECR junction where Los Altos, MV, and PA intersect. I had only one dish, but I was pretty blown away. All the reviews say it’s proper hunan, and the place smells different than most other restaurants I’ve been to. It seems to have a long line at lunch.

No real takeout menus, so I snapped photos at the front door. THere were two more pages to the menu - this is just highlights. 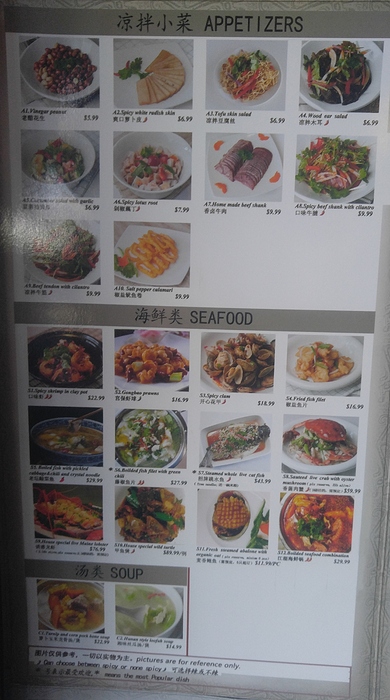 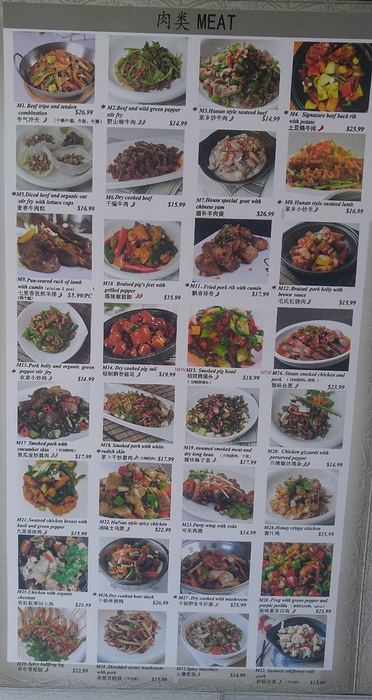 Do tell what that dish is. We have a dedicated discussion for the restaurant too:

Noodle Talk Home Cuisine opened a few months ago in the same plaza that housed Dittmer’s and Pho Vi Hoa. Before it opened I saw their ‘home cuisine’ banner once and wasn’t sure what they meant by it since so many commercial restaurants now abused the term ‘home cuisine’, or ‘private kitchen’, which originally became popular in Hong Kong when the term meant the establishment was genuinely not a licensed restaurant. The restaurant was briefly discussed here for its link to Noodle Talk in Sunnyva…

Taste of Shandong Alice Chinese Bistro is reported closed according to Yelp. There have been false alarms here before, but this may be for good-- they are not accepting orders via Uber Eats and their liquor license expires this month.

That’s another jinxed location. Since the turn of the Century, 420 Judah has been:

As “Great” Shanghai, it had excellent cheap Shanghai homestyle fare. When the owner took it over, it hat been a nondescript Cantonese Restaurant, and, as is often the case, he added its menu on top of the existing dishes, which included some chop suey dishes. As a joke, I asked the server to describe one to me. “I don’t know,” she said. “I’ll ask the chef.” When she came back, she said “He doesn’t know either. I guess we don’t have it.”

@Souperman , – Alice has been replaced by an Izakaya place. The saga continues.

Bai Xing Jia Hunan Fusion in San Jose is flying the Hunan banner. Their name says fusion in English but only Hunan in Chinese.

How should I characterize Bing’s Dumplings 麵香 and Din Ding Dumpling House?

Both places specialize in xiao long bao
, steamed rather than boiled
Dumplings, and hand-pulled noodles. Their menus (see Yelp links above) aren’t Shanghainese and I’m not noticing that many Taiwanese items, though I get a Din Tai Fung vibe from both. Any insights? Would you call this “xiao chi”, and if so, is it possible to associate that with a region or are we in pan-regional territory?

I just contacted the owner of DD, but wanted to see others weigh in on both.