They are, to my knowledge, the fourth bay area restaurant to serve a Tom Yum XLB (Tai Wu, dumpling time, and also reported this week is the 5th—- golden Saba). San Bruno’s Dumpling Era opened with them, but no longer does, draw your own conclusions.

Appetizers Shanghai-style spicy and sea salt broad bean (fava), Seaweed crisps with purple rice, have the same name as products distributed by HTY USA. Do they make their own versions in house?

It is the same Guangdong born owner as red circle hot pan, and the same chef, not one poached From Tai Wu as I suspected (or so they told me). 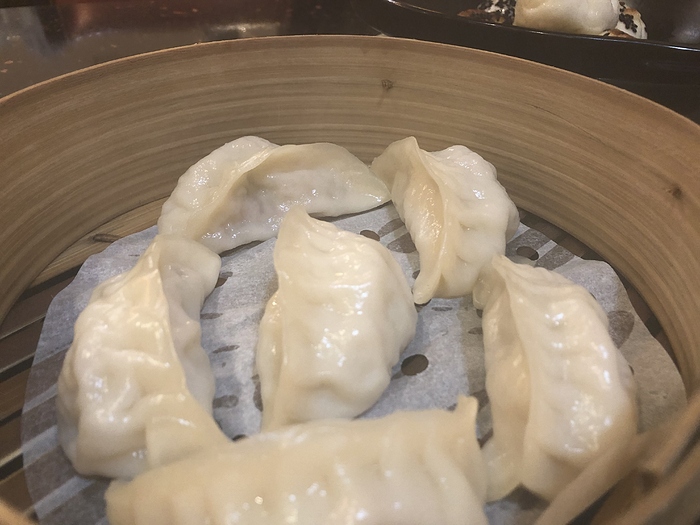 Steamed Pork and bok choy dumplings had a juicy filling, but the wrapper had that plastic sheen, and toughness that emerges over time, that you get from pre-made skins. 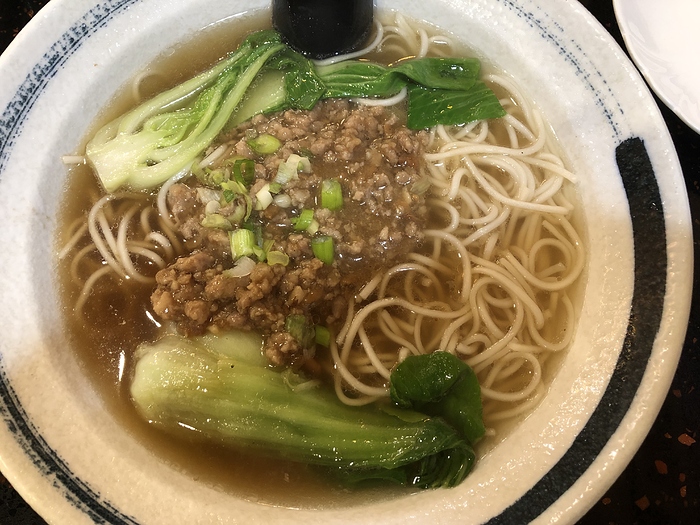 Xiguan Noodles with mature vinegar sauce (西關陳醋) was an antidote to a rainy evening. The chicken based broth was less sour than a standard hot and sour soup, but the vinegar (probably not the black Shanxi stuff) balanced out the fat from the stir-fried pork. Umami came from some kind of split-in-half yellow soybeans (what are these called and are they part of a sauce? They reminded me of the grayish kind you see in toubanjiang). Xiguan, according to the server, referrs to a city, presumably xiguan in Guangzhou, but the server told me it wasn’t in Guangzhou. 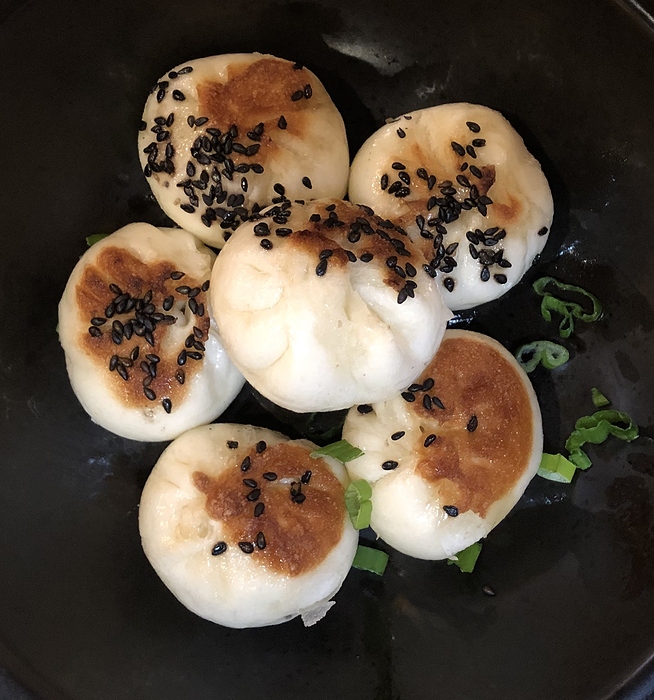 One bite pork dumplings. Seared on both sides and indeed bite size. Nothing ground breaking or juice filled, but you can’t go wrong with Maillard reaction + bread.

I’m sad to report they don’t do complimentary ice cream like their predecessor did.