Not sure about that but I would assume no because that one went to Gotham but I have no idea.

Any intel on this new spot?

As I hear it, the guys in the current Crepe place have outgrown their space and are moving and changing the name.

Yeah that was what I read. Does that place serve dinner? The new place apparently will.

I’ve had one savory and one sweet crepe at the current place and thought both were good. I think the savory one was a light dinner before Count Basie.

Ate at Oriental Empire yesterday. It was very good. Flies under the radar with more trendy sushi spots (namely Teak) getting most of the attention in Red Bank. Review below. 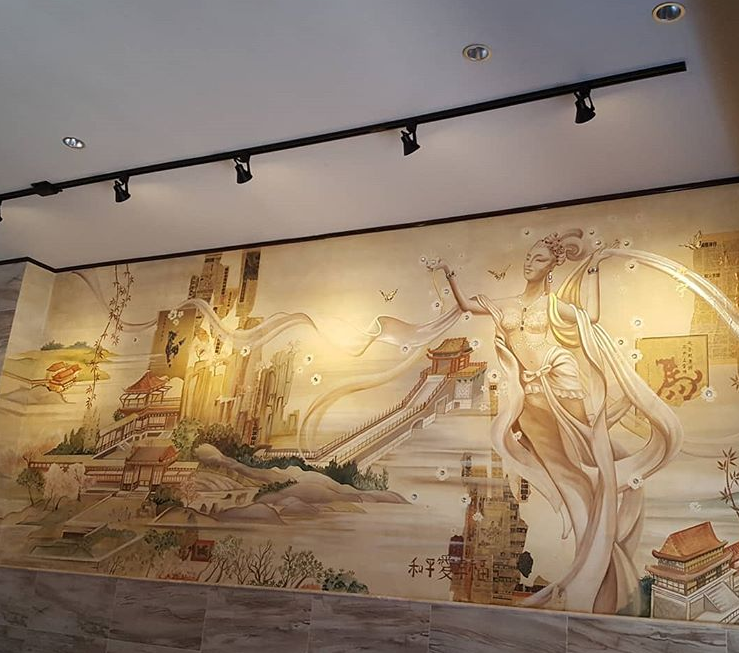 With a name like “Oriental Empire”, you may be inclined to think this place was nothing more than a takeout joint. That’s what I thought as I walked past this establishment for years, never bothering to look inside. I was wrong! Justin and I both had some time off yesterday, and decided to head to Red Bank to walk around. We passed quite a few Asian restaurants and by the time we got to the other side of town, we felt like sushi. Not wanting to walk back to Sogo or Toki, we figured we would check out Oriental Empire just in case. We were rather surprised at what we found. 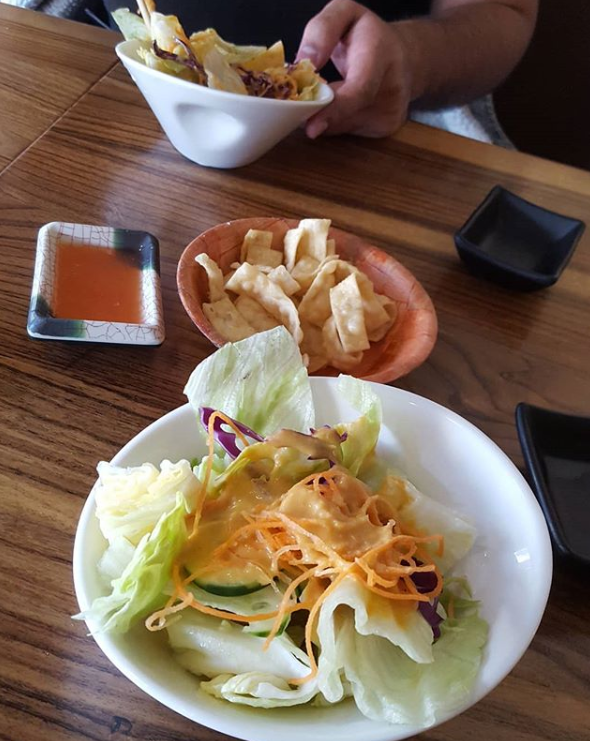 This was not solely a takeout place, but a charming eat-in restaurant. They did a beautiful job with the design as large Asian murals adorned the walls. There were only seven or eight tables, and a tiny sushi bar in the far corner of the room. We had a seat and examined the menus. This is definitely what you would classify as “Asian Fusion”—everything from Chinese dishes such as General Tso’s to Japanese hibachi and Bento boxes, and finally, sushi. My experiences in places which run such a large gamut of “fuzing” cultures has been mixed. Is it possible to churn out quality food when not concentrated on one particular style? The only place I have really trusted with this is Nemoin Keyport, which never lets me down. I am happy to report that after this meal, I have found my sushi go-to in Red Bank.

We were hungry, but not starving, so sushi definitely seemed like the answer. Like most restaurants, Oriental Empire offers a lunch menu. For sushi, you can order two rolls for $9 or three for $12. We chose the latter option, and the meal comes with a choice of soup or salad. Justin and I both went with the salad, which was topped with that familiar ginger dressing. But this simple component did seem homemade. It had a fresher, less “bottled” flavor than what you would get at most places. It was so good that I even ate the cucumber slices in the salad, normally my least favorite vegetable. 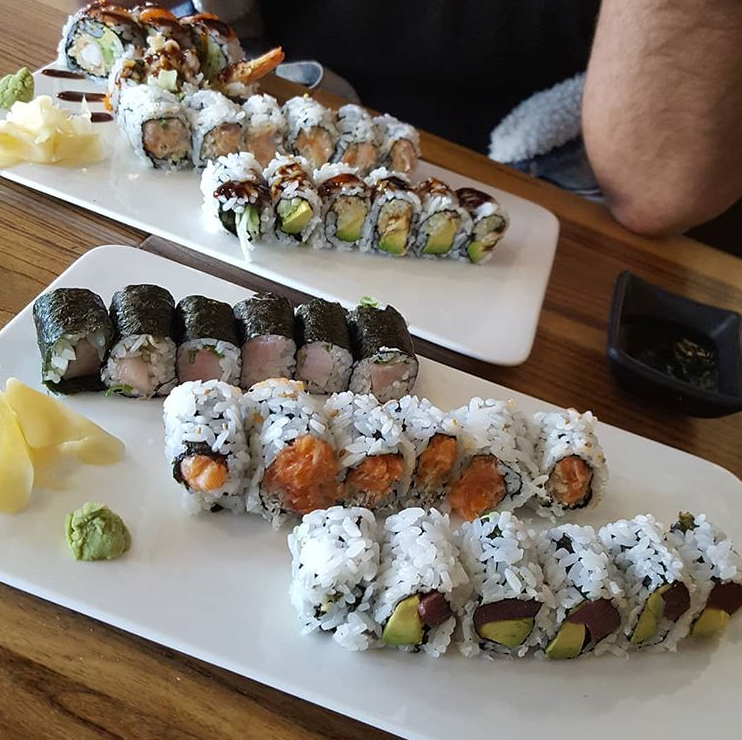 Our sushi rolls arrived after we watched the chef at work. He had six to make for us and did them diligently, but we could tell he was taking his time. We were not in any rush and neither was he. When they came out, the platters were impressive. I chose tuna-avocado, crunchy salmon, and yellowtail-scallion rolls while Justin had shrimp tempura, crunchy yellowtail, and yellowtail-avocado. There were no complaints to be had between the both of us. The rolls were fresh and delicate. Both the tuna and yellowtail were mild and tender, while the crunchy rolls were blended with the tempura flakes rather than having them sprinkled on top. My favorite of the three I had was the yellowtail-scallion. It was the perfect melding of flavors, with the tiny scallion slices adding some pop.

There are not many places where you can get six quality sushi rolls and two salads (and some complimentary fried wonton strips and duck sauce) for under $25. Oriental Empire offers great quality, a relaxed environment, and very friendly service. Our waitress was extremely pleasant and attentive. The sushi was so well-executed that I would like to give this place a try for dinner. For now, they are getting 3.5 out of 5 stars , but with another visit (as is often the case) I will probably elevate them a notch higher after sampling more of what they have to offer. There are a lot of trendy restaurants in Red Bank. Sometimes you have to do some digging and look around for the places that fly under the radar. 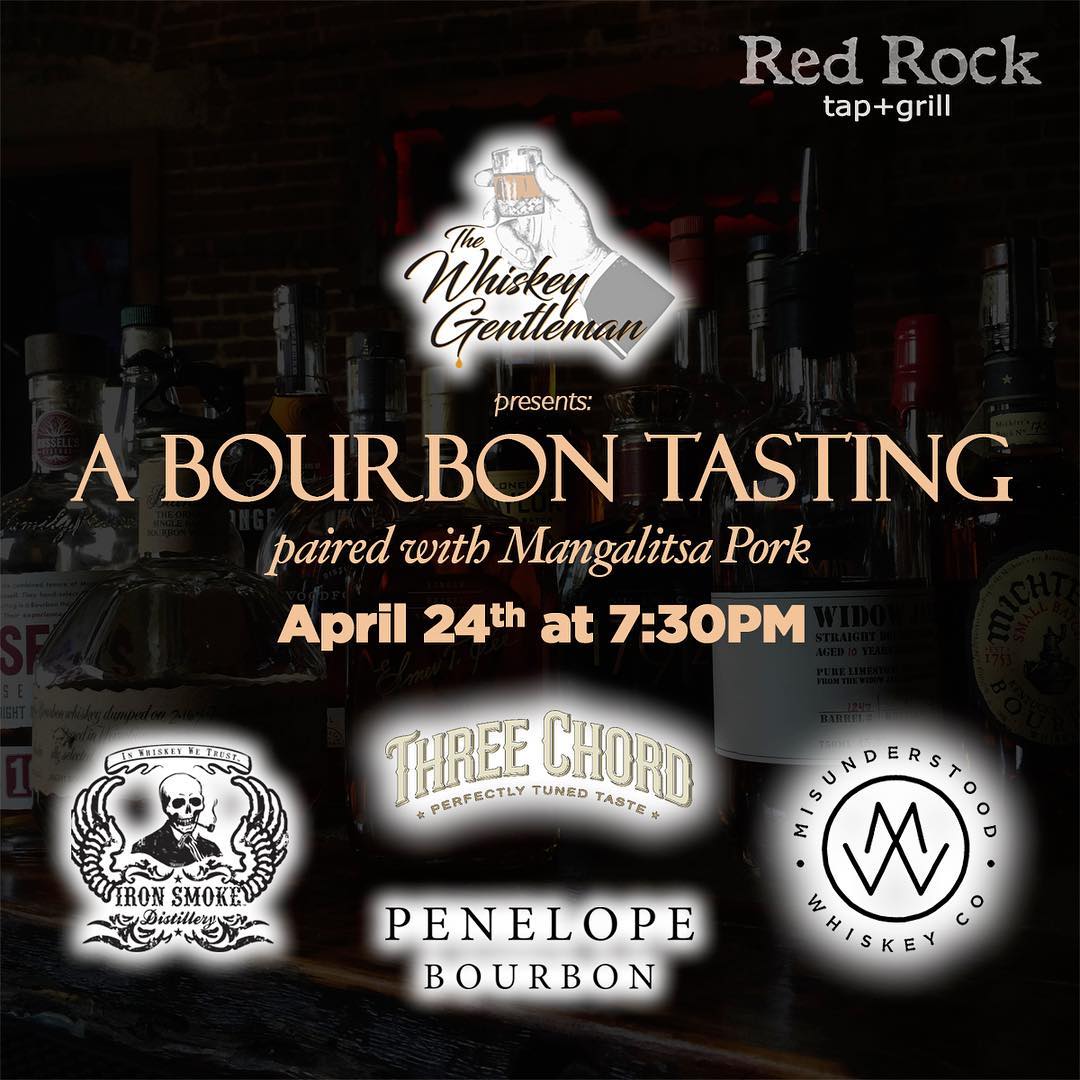 Evie how many people can you round up?

What do you think I just did?

Haha! You’re the best at rounding up a crew!

I am game. Hollar

I’m not a big bourbon guy, but if I’m not busy with work I will stop bye to say hello to everyone. (and have a vodka martini!!)

We’re thinking about it but I usually work Wednesday nights and need to see if I can make the schedule work.

A bit rich for my blood, but I’ll come for the company!

YAY @joonjoon – it’ll be good to see you and catch up.

I was just on the phone with them; as of right now, no issue with non-tasting people showing up to eat/drink other stuff. If the weather is good, we’ll be up on the roof, and if not, then they’ll have to be more strict on the count. For now, I have a reservation for 4, which I can change with my new BFF who’s running the event.

Who else is in? Open to all…

I’m barely gone a week and you already have a new bff? 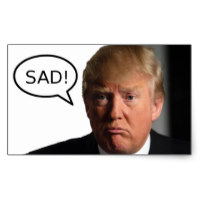 This one’s in Red Bank. NO WORRIES!

I’m sure you’re all still in food comas from this weekend, but are we still game for Red Rock Tap + Grill on Wed night? Fwiw, we could just meet there for drinks if you’re not hyped about the tasting…just want to get back to them re: the reservation, so please let me know by Tuesday morning!

I have a tentative appointment so I’m going to bow out to be safe.

Sorry I have to bail on this one.