Ranch 99 is a well known Asian American supermarket from the West Coast. It has opened its first East Coast branch on Route 1, Edison, NJ this January.

These days, it is not a big deal to have Asian supermarket around. Still, Ranch 99 is considered a little higher end than most, and so some of you may be interested

I have been there about 4-5 times now. It is fine. It has a food court which is relatively large and clean, but I am not that impressed by the foods. Give it a try though.

I’ve been meaning to check it out but I’ve been out of town. How does it compare to the other Asian markets in the area? Especially food court items? I imagine it has the same problem (for me) as going to the Edison H Mart - too many good restaurants in the area to justify eating there for a tiny savings.

I think it is a little higher end than the nearby Asian supermarkets, except H-Mart. In term of the food court, it is nothing like Mitsuwa. The food quality is not great. The food court area is relatively large and clean, so that is good. The Dim Sum portion of the stand is on the cheap end, so there are a lot of people lining up there. Moreover, when you shop at Ranch 99, they give you coupons which you can use toward Ranch’s 99 stands (only the Dim Sum section, cooked food section and bakery – these belong to Ranch 99).

We were there a couple of weeks ago. Not even half a cart of things I wanted to buy (which for me is highly unusual as I go crazy in Asian markets) and half of what I did buy were items I needed for a cooking class I was teaching the next day!

If I’m driving to Edison I’m going to H Mart.

I meant to make a thread for this but never got around to do it…
Anyway, I liked it.

I went there about 2 weeks ago. It’s nice and clean (I know it’s new so not sure how long they can keep it in that condition

). It is bigger then the other Asian Market in the area besides Hmart.

It might be the only Chinese supermarket in NJ with a legit food court. They have the typical bakery, a Co Co - which is a bubble tea chain that I have seen in Flushing. A congee and noodle stall, a Chinese BBQ and cooked dishes stall, and a Dim Sum stall. There is a Penang Kitchen (which a food court version of Penang) and a King’s Village stall and both were not yet opened when I was there.

I only tried the noodle and congee was quite decent (considering it is a food court), the wonton noodle is probably better than the ones in the (now defunct) China Bowl and they price of the congee and noodle is quite cheap - everything is $7 or less. We had some of the Dim Sums and they were average. We bought home some BBQ pork and a braised beef shin from the other stall. The BBQ is on par with any other ones in the area but the braised beef shin were a bit tough. Probably should be braised a bit longer.

The groceries and vegetables are fine. I do like the fact that in the frozen food section they have some different brands that you don’t see in Kam Man and Asian Food Center. The meat dept was a bit under staffed.

I usually just go to Hmart when I head out to Edison because I like it so much better than the other ones. 99 Ranch now gives me another option.

About the wonton noodle I have mixed feeling. I thought the wonton themselves were not bad at all, but the person who is behind doing the cooking was obviously a novice. She was able to multitask and was a bit slow, creating an unnecessary long line. The noodle ended up overcooked. The Dim Sum did not look appealing to me. I think the same here. H-mart is nice, but this give another option.

I know Hong Kong supermarket and Kam Man do not look as fancy and nice as H-Mart, but whenever I want to get meat, I get from them instead of H-Mart. They have the cut of meat I want and I can ask them to cut in a specific way…etc.

yeah, they do seem to have A LOT of novice working at the food court so I guess it is hit or miss. However, for $6, the wonton is decent enough for me to overlook the inconsistency in the noodles.
The dim sum are definitely not great quality (avoid the “Shen Jin Bao”, it wasn’t good) but I like the idea that i can grab some mediocre dim sum in a food court.

Yea I agree the only thing lacking at HMart is they don’t have butcher counter (besides the whole pig booth).

Anyway, it is pretty great that there are actually quite a few decent choices in Central NJ for Asian groceries and I haven’t even been to the one near Princeton (don’t know the name, but I heard they have live shrimp at their seafood dept).

Is $6 wonton very cheap in Edison? I am honestly asking because I know $6 wonton in Manhattan Chinatown or Philadelphia Chinatown is average price. Well, I was thinking if Ranch 99’s dim sum is really better than the frozen dim sum they sell in the freezer section…

Yeah, a lot of Asian supermarket in that area. The one in Princeton? Do you mean “Asian Food Markets” (who comes up this name?) in Plainsboro? It is also known as Mei Dong supermarket 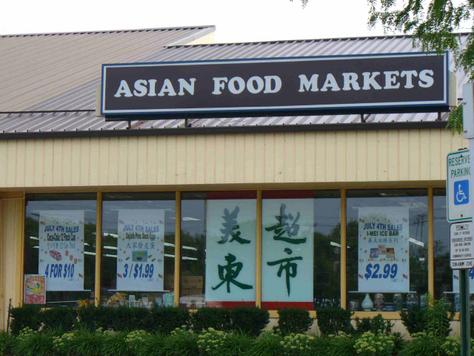 Why does everyone get the name wrong? I feel like my friend does it on purpose. He calls it Ranch 99 as well.

Maybe because your friend read Chinese?

Maybe because your friend read Chinese?

:)… I’m ethnic Chinese, and I pretty much call it Ranch 99. For some reason, that was the English name when they first came out many mooncakes ago.

I try now to call it “Ninety nine ranch”, but prefer to call it “the supermarket where I’d be fucken lucky if I can find a decent parking space, without having to play bumper tag”.

We prefer Marina Super (in the Bay Area). Marina gives a shopper up to 20% coupon at the attached food court for your supermarket purchases. The prices at the food court are jacked UP (USD$20 for a roast duck), but still… its “free”…

And free is always good, so says my better half.

I kind of deduced you are ethnic Chinese from your other posts. Anyway, I was from the Bay Area, and we like Marina Supermarket about the same as (brace yourself for my error again): Ranch 99. I used to go to the Ranch 99 when I used to study at UC Berkeley.

Back to my local one here in NJ, we also get coupons here for the foods. It seems the coupons were more generous in the beginning. I feel it was $1 coupon for $10 spent. Now, it feels much less than that. I don’t care too much anyway.

“USD$20 for a roast duck” I feel that is about right, correct? Most of the time I get half a roast duck, and usually we are talking about $9-10. So a whole roast duck for $18-20 sounds ok to me. I have seen more expensive ones at slightly higher end places. 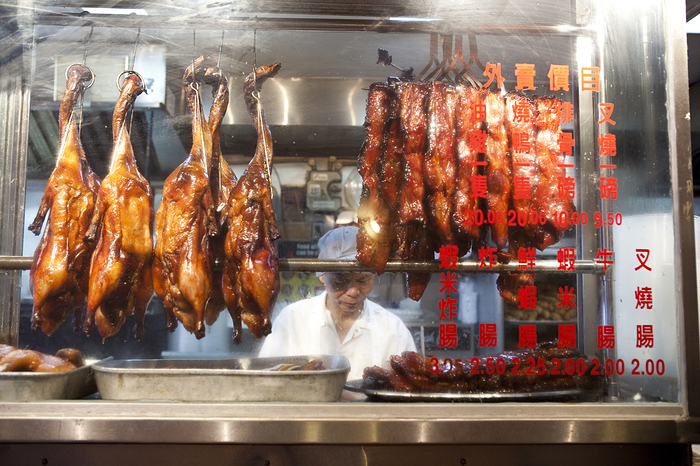 I don’t have a specific reason, and its not because of its Chinese name, but I have known the market as Ranch or Ranch 99 for years before I realized its actually 99 Ranch.

I have found the wonton noodle varies wildly from one market to the next. It doesn’t look like they have a standardized way of making the dish. Sometimes, half the wonton is starch. Sometimes the vegetable is broccoli. Most of the times, the broth is of unknown base.

Maybe people around you call it the same thing? Aren’t you ethnic Chinese? Anyway, this is a moot point.

Ranch 99 probably does not have a set of recipes for different branches to follow. I won’t be surprised that their hot food sections (like the wonton and the BBQ) are sourcing local chefs or local half prepared food – sourcing talents. Afterall, it is not really a restaurant chain.

See. Even they can’t make up their own mind: 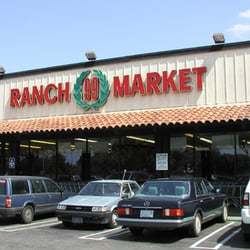 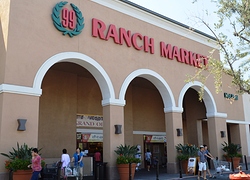 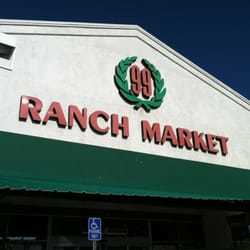 It allows us the freedom.

Afterall, it is not really a restaurant chain.

Although I’d suggest that their chefs really should know not to add broccoli to wonton noodles, especially when they stock all types of leafy vegetables…