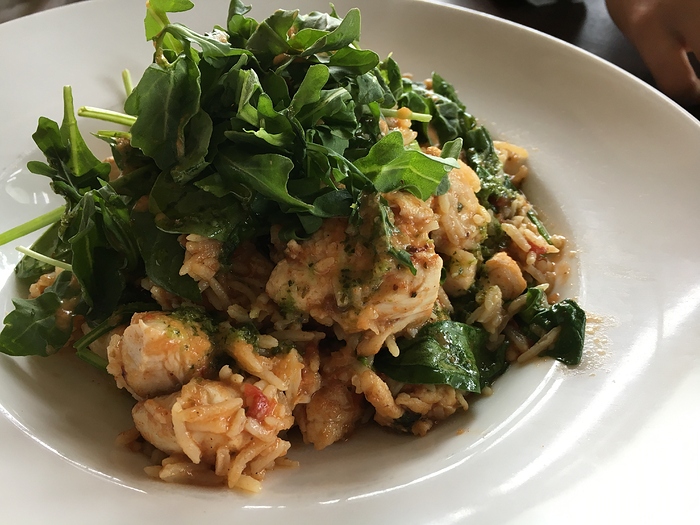 Eskender Asege started Radio Africa as a pop-up in 2005 and has been running his Bayview restaurant since 2012.

His cooking, which Joyce Goldstein characterized
in an SFGate profile as a mix of Ethiopian, North African, and Mediterranean, reflects both his Ethiopian heritage and his experience at several SF restaurants. His delicious chicken jambalaya, for example, was topped with arugula and drops of a bright herb pesto/oil, and had a complex flavor which he achieves with berbere, an Ethiopian dry spice mix he makes in house and ferments as a paste. His beef and mushroom meatballs were intense and juicy, and have more of a North African feel in terms of spicing and pairing with couscous. 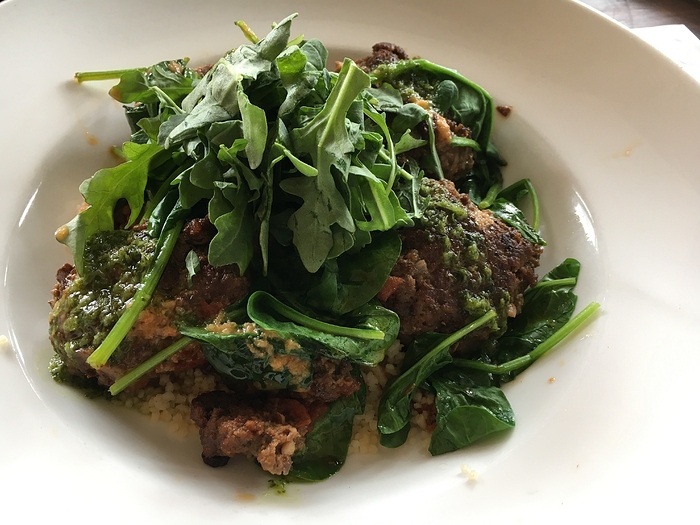 Radio Africa is on the top of my list for hidden gem in plain site and I’ll be back for dinner soon. Prices are reasonable, portions are generous, and the three dishes we tried (the above two and a tasty eggplant dish with Israeli couscous), were paired with a grain, and were rounded out with vegetables/greens.

I went for dinner a couple of years ago (at least 2-3) based on feedback from the old CH forum and I found the dinner to be pretty mixed and uneven. It seemed like more of a neighborhood spot than a destination restaurant; at least in my opinion. I don’t remember anything we ate apart from an outstanding corn chowder (one of the best I’ve had) although I recall that quality was very good and the prices seemed reasonable. It was pretty consistent overall, I just didn’t think the cooking alone merited a trip out to Bayview.