We went up Friday after Spring Onion got out of school and came back Sunday early evening so it was a short, house-hunting trip. We didn’t try anything new (but we did see places that were permanently closed, like Dot’s Diner and Station 118, which had opened in the middle of the pandemic according to @GretchenS, and Maine Kebab in Waldoboro did still looked very closed).

Friday early dinner at Maine Beer Company. This is becoming our family tradition. Good place to break up the drive/stretch the legs/drink delicious beer/eat decent pizza/just plain chill out. The “Thank you 2021” was a new IPA and tasty, not too much ABV. The chipotle pizza with chorizo was awesome. SO and I shared the margherita. 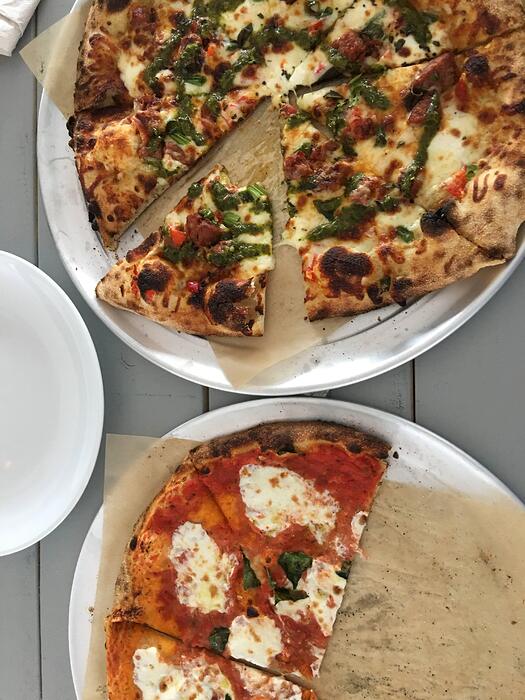 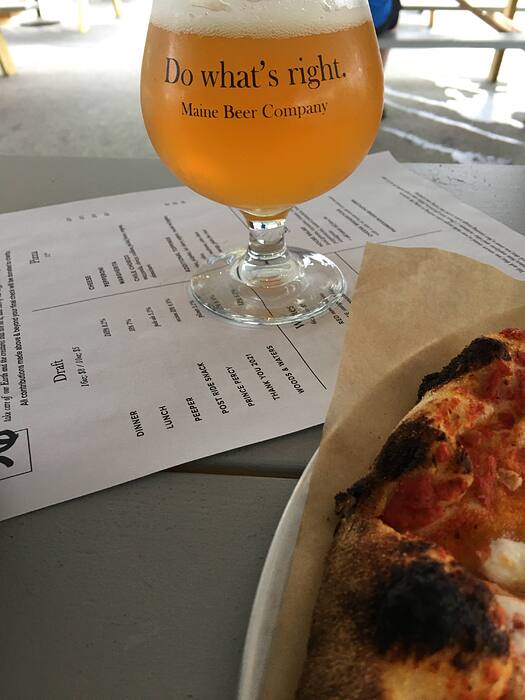 We were too full and tired to eat again by the time we reached our cottage in Edgecomb so we hit the hay early.

After house-hunting, Saturday late lunch was at Muscongus Bay Lobster, one of our favorites. We ate WAY too much - lobster rolls for me (on homemade wheat roll) and B (on white), tuna tartare wonton (not what we were expecting, but good nonetheless - a pile of raw tuna with avocado, sesame oil, ginger surrounded by wonton wrapper chips), mac and cheese for SO. We still wanted a wee bit more to eat and B came back with 1/2 lb each of mussels and steamers, which was on special for $20-something. I thought we couldn’t possibly eat it all. But we did. 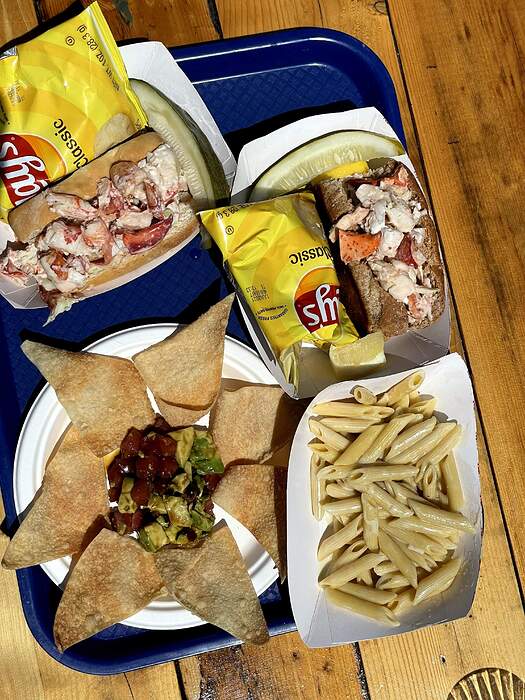 I made a horrible pasta dish for dinner that night. I can’t even think about it right now…

More house-hunting, a quick stop at Odd Alewives for beers in between (love that place and the people who work there). Late lunch at Newcastle Publick House which was fine but they were under-staffed so it took a LOOONG time. I wanted to do Shuck Station but B thought the patio would be too hot.

It’s been a while since we’ve eaten here and they’ve added a bunch of vegan dishes (which will be to the chagrin of folks complaining on the vegan v vegetarian thread). I had grilled tofu curry, which was good but the curry was too thick and too strongly-flavored - not nuanced whatsoever. And I needed rice or bread but there was none. B had the decadent jerk burger with shishito peppers, and SO was give a HUGE portion of chicken nuggets. Good fries. 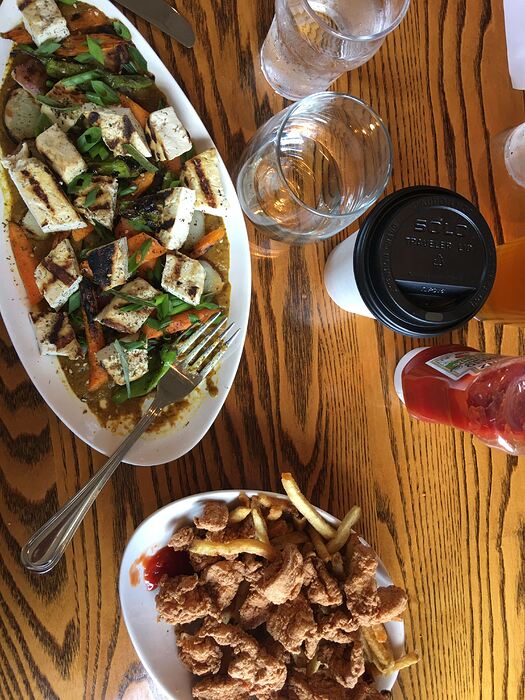 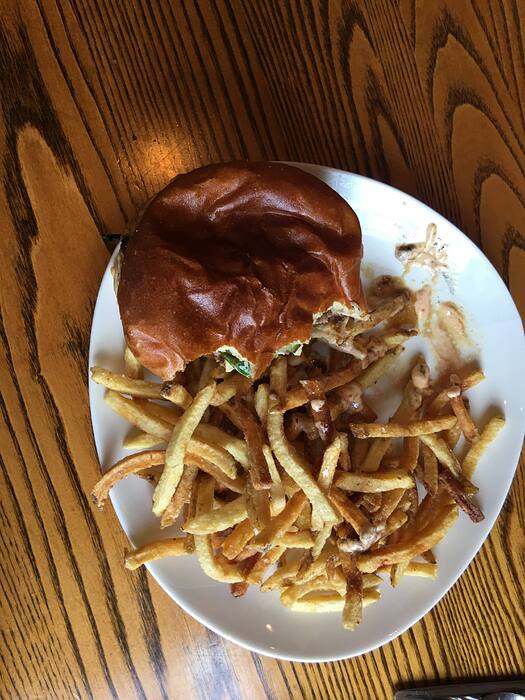 People are mostly not wearing masks indoors (definitely not outdoors). SO and I both wear masks indoors even though I’m vaccinated. A hard habit to break! And mask-wearing has become ingrained in these kids - SO doesn’t even think twice about it. There are definitely places that are more conscious about asking people to continue wearing masks, which I think is smart.

And the good news is that I think we’ve identified a house!

And the good news is that I think we’ve identified a house!

Super news! Plus you got to go to the Maine Beer Company. That’s one awesome weekend.