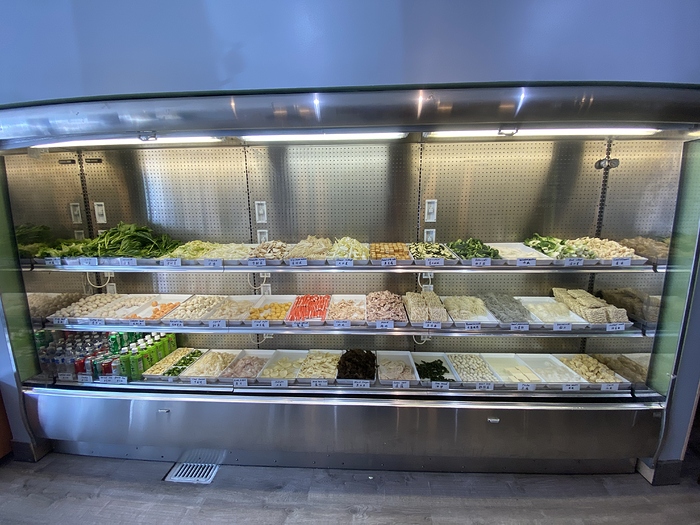 Qing Shu opened at the beginning of the year in the former former Sheng Kee space near 9th and Irving. It specializes in the style of Malatang where you choose raw ingredients ($7.99/lb., there’s about forty options) with tongs and hand them off at the register to be cooked in one of several broths of choice ($1.99-$2.99) and delivered to your table in a steaming bowl.

I found this a great alternative to Pluto’s for a customizable/healthy meal in the Inner Sunset, and I’ll surely be back when I go to Cal Academy. Veggies were fresh and service was quick. 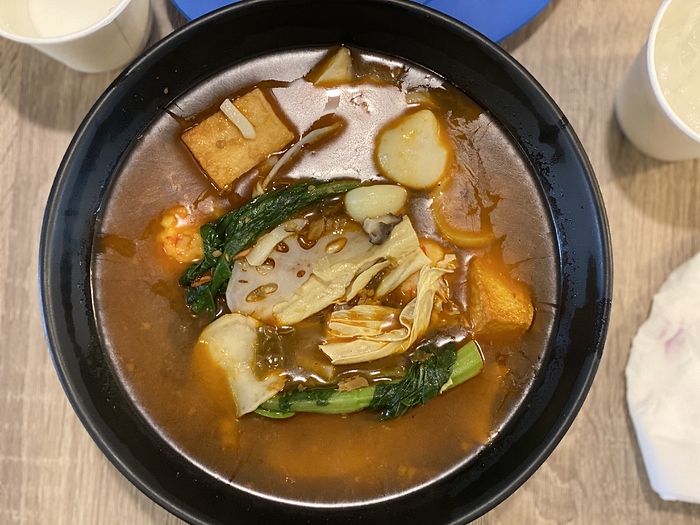 Sichuan pickled pepper broth was delicious and incendiary, both in terms of spice heat and temperature. Squid and other meats had the right texture, and leafy greens held their structure. 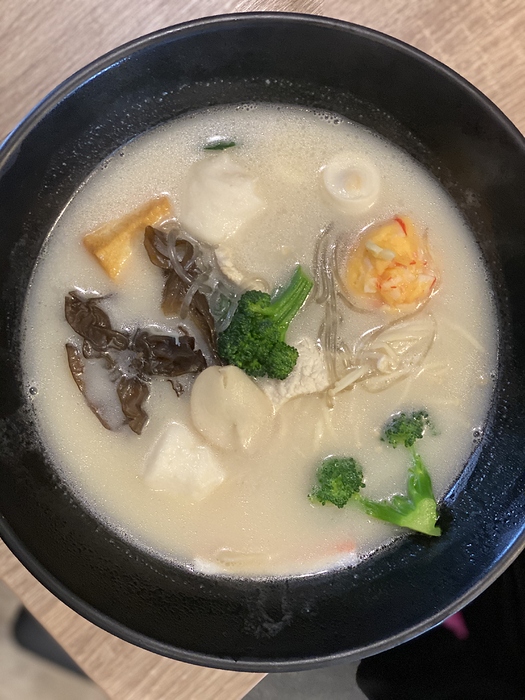 My 3 year old liked the pork bone broth, to which I added a half cup of ice cubes to make the hot broth slurpable.

They also have “Rice Noodle Soup”, which looks to be kitchen-composed Yunnan mixian noodles with various broth options ($10-11.95).

Another similarly set-up malatang restaurant opened up in Stonestown recently called Tang Bar, which appears to have lots of side dishes as well as a wider selection of protein choices.

looks good but I feel like I would pile three pounds of provisions onto my plate - do you just eyeball how much you want or are you piling it in the same size bowl so you have an idea of how much you are picking out?

They give you baskets to put everything in, and I wasn’t sure how much food to choose! I wound up getting approximately 1 lb. of provisions, which was enough to leave me full, but left a lot of broth leftover too— it was salty and intense enough that I’m not sure a full bowl of broth would have made me feeling so good later.