Happened to notice a Brunch menu on Pucquio’s website (http://pucquio.com) last Sunday (9/13/2015). Turns out it was their first day offering Brunch.

Short menu of 4 items . . . Huevos Benedictinos de mar, Revuelto de Salchicha (sausage scramble), Pan con Chicharrón, & Tostada Franco Cholo (french toast). Each item had a city or location in Peru for example the benedict had Callao / Lima and the toast had Cusco presumably indicating the style of the dish (I forgot to ask)

Anyway, we tried the Seafood Benedict and the Pan con Chicharrón. Both were good, but not great. 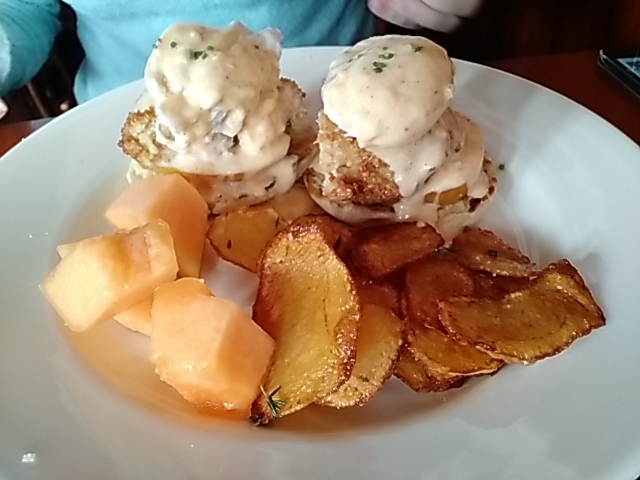 The benedict (Seafood “Croquette”, aji amarillo bernaise, home made muffin, poached eggs) also had avocado, and tomato under the seafood croquette with some cantaloupe and potatoes on the side. The croquette was a little dry and the aji amarillo in the bernaise was not noticeable so the Peruvian twist was lost.

The Pan con Chicharrón (devil’s gulch pork shoulder, fried yam, zarza criolla. sunny side up egg) came deconstructed with a toasted Dutch crunch roll for the bread. The pork was nicely seasoned, but also a little dry. The salsa criolla was not much beyond the pickled onions and could have used some kick from the addition of some chilies.

Service was friendly and the chef/owner came by to solicit feedback, which we appreciated.

Definitely will be back to see how things progress at brunch as well as for dinner to try the much lauded cebiches. 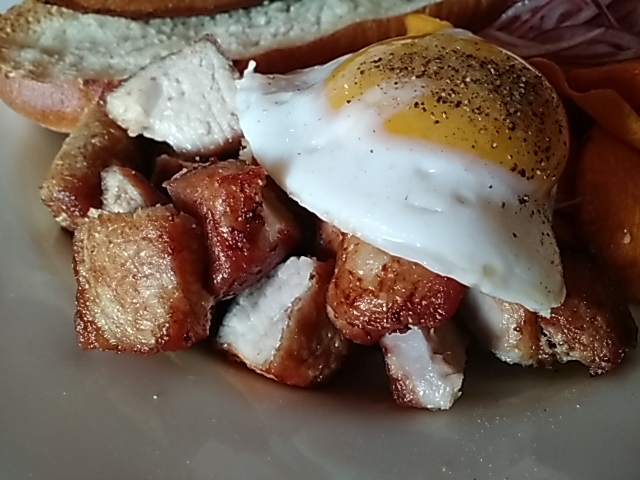 sorry about this. one picture per post for me right now. 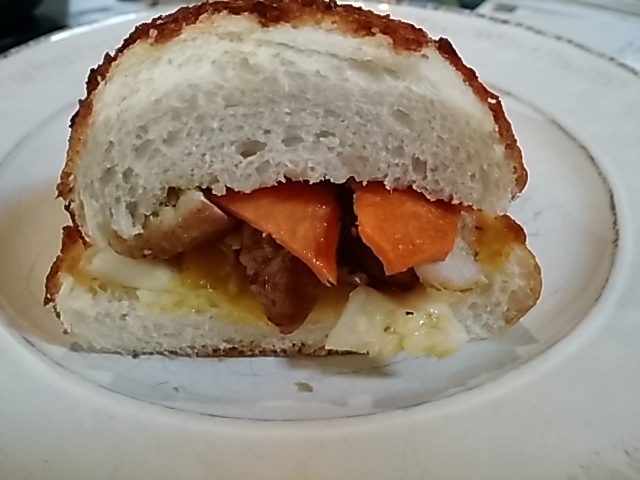 I’m imagining the benedict using the aji de gallina sauce, straight up. I would love to try that.

Fixed. the default setting limited new users to 1 picture per post. i just upped that to 20. Thanks for flagging.