Not sure where to put this, so please move if necessary. I’ve barely recovered from the trauma of eating a BK taco, and today I tried fake hamburger with fake chorizo on some nachos. Truly, it was so bad I had to spit it out, and it still left a nasty taste in my mouth. Asked our beachside server if he had tried it & he replied affirmatively, and that it didn’t taste too bad. He then went on to say that lots of people are asking that it be left off their nachos. We then agreed we could probably eat it in the event of an apocalypse! Wish I could get my brain scrubbed of those two food memories…

I’m always skeptical when they make “fake” _______ (insert meat protein name). I don’t always mind the vegan dish (sounds like that isn’t the case here), but it is never the same or better than the original. So why keep asking us to compare them against each other.

I like the impossible burger (only had it twice, and not at a fast food joint), but it isn’t “better” than a burger from a strict taste standpoint - and yes you can tell the difference. But it isn’t bad unto itself.

Sorry about the taco and fake chorizo.

Thanks @Thimes! The fact that these items are so processed also bothers me. I have tried the various Field Roast sausages and find them edible at least. I will always go with the real deal, although I don’t eat an abundance of meat or fowl.

This whole fake meat fad has got to be short-lived. I can’t even stomach the idea of trying an impossible burger. If I want veg, I’ll eat them.

This whole fake meat fad has got to be short-lived.

Yeah, any minute now everyone all over the world is gonna stop eating all that tofu and seitan and tempeh. It’s a flash in the pan!

Read: fake meat. This is not that.

I’m not sure where you’re drawing the line. Are Boca Burgers also fake meat? Morningstar Farms Chik Patties? Not Dogs? All have been around for decades. 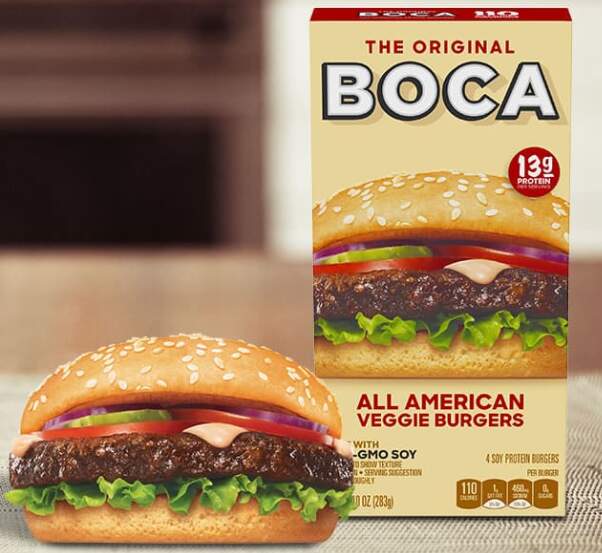 Oh, please. Clearly you’ve lived. Granted I didn’t know Burger King was selling tacos…I go there so rarely.
A. Who puts chorizo on nachos? B. What brands did you try?

This whole fake meat fad has got to be short-lived.

Impossible Foods as been in business for 8 years, Beyond Meat for 10. Not exactly a flash in the pan.

I’m not sure where you’re drawing the line. Are Boca Burgers also fake meat? Morningstar Farms Chik Patties? Not Dogs? All have been around for decades.

And all of those are johnny come latelys compared to Loma Linda. The Seventh Day Adventist Loma Linda/Worthington started selling meat analogues commercially in 1905 - the company is still around as Atlantic Natural Foods. No longer connected to the Adventists, though.

I think your comment was directed at me, the original poster; truly I found it to be on the snide side. Yes, clearly although I survived it, and despite trying to use the PTSD term on the lighter side, as someone who has actually been diagnosed with PTSD, unpleasant memories linger in my head with crystal clarity @Gourmanda.

The Who that was serving it and actually putting it on nachos was the Westin Maui spa and resort, presumably as a healthier beachside option. I will also say they used that processed canned nacho cheese sauce as well. Yuck, yuck and more yuck. YMMV.