Pre-security dining at SFO. Any reccommendations?

Meeting my daughter at SFO for dinner before her red-eye flight tonight. She has stuff to haul around, so it must be at the airport, as much as I’d like to go into Millbrae.

Pre-security options are limited. Harbor Village Kitchen is the only ethnic option (other than Italian); it was decent when it first opened, but I haven’t been in years. There appear to be several options for pizza, burgers and sandwiches/panini. Any favorite noshes?

Food is more important than location; she’ll be arriving by BART and flying out of Terminal 2 so there’s no real convenience factor.

Fung Lam at the international terminal is another Chinese option is that’s what you are after. I have not been.

If you want to eat at the airport, AND eat from Millbrae restaurants at the same time, while on Bart to Millbrae, order takeout from Hong Kong Flower Lounge, get off at Millbrae, one of you stay at the station with the bags, one of you walk to Hong Kong Flower Lounge, (1.5 blocks up the hill), and then resume trip to airport. Before 9pm you have to take the train to San Bruno then to SFO. After SFO, you can take the train directly from Millbrae to SFO. I have done this before while waiting for Caltrain to show up. HK Flower Lounge may not be the greatest according to what people said of them recently. But at least its a formal restaurant. Maybe you can even talk them into delivering to the Bart station.

I don’t remember anything being all that great. Harbor Village is fine only if you stick to stuff that can’t be messed up–like won tons. There’s also the sushi place in the same “food court” as Harbor Village. Same advice; keep your expectations low, just stick to the basics, and it will be satisfying enough as airport food goes.

Here’s a list of all the choices, most being post-security.

Thanks for all the tips. We actually ended up juggling her schedule a bit and eating in the Mission (at Esperpento) before BARTing to the airport.

Glad you dodged a bullet! If her flight were earlier, I would have recommend PiQ, which has good stuff, but they’re closed by 2:30pm.

I should have thought of that. The 16th St. BART station makes that so easy.

I might have recommended Ebisu. When I’m flying to europe and want a high-carb meal ( to aid sleeping ), I often get the udon there. It’s not super special but its certainly edible. I also occasionally eat at BurgerJoint but its not special. The real sit-down place before security is Willow Pizza or something like that, never tried it — try to eat before and take bart or similar

We liked it. We went with tapas, which were uniformly tasty and inexpensive. Five tapas plates and a glass of sangria each came to about $35 before T&T. It has a real (pre-dot.com) neighborhood feel to it.

It was my daughter that came up with the suggestion, on the recommendation of a friend, but I’d been meaning to check it out because it’s owned by the Muela family, whose son Carlos runs the SOMA StrEat Food Park and is a friend of mine. 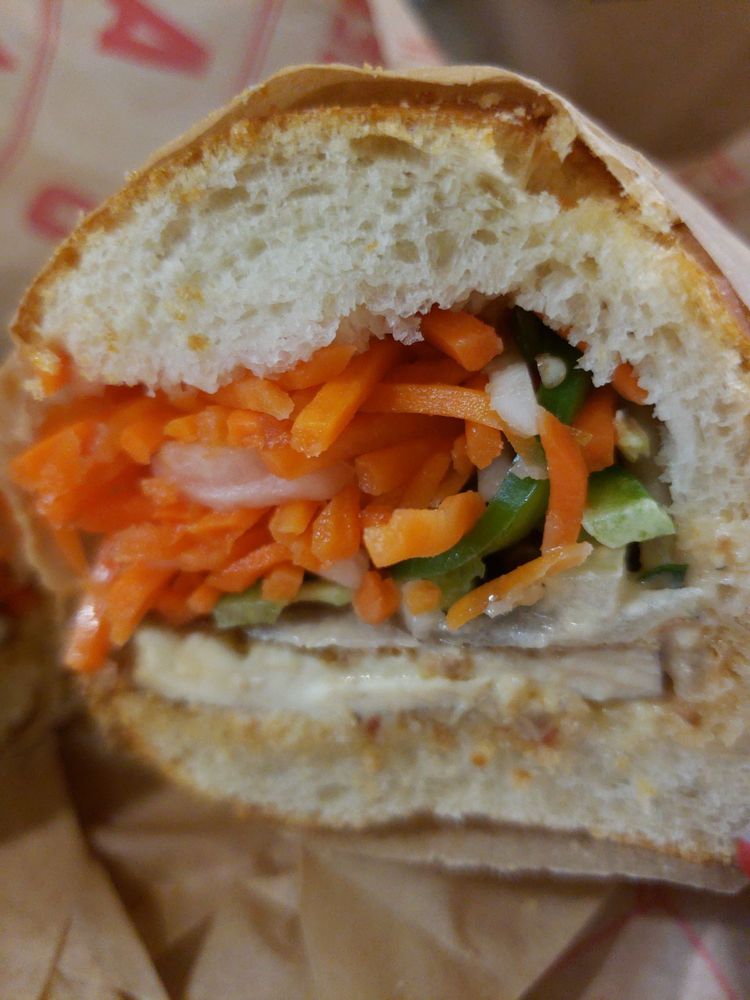 And next year boarding area A at the international terminal will get Tartine, Cala and Kin Khao. 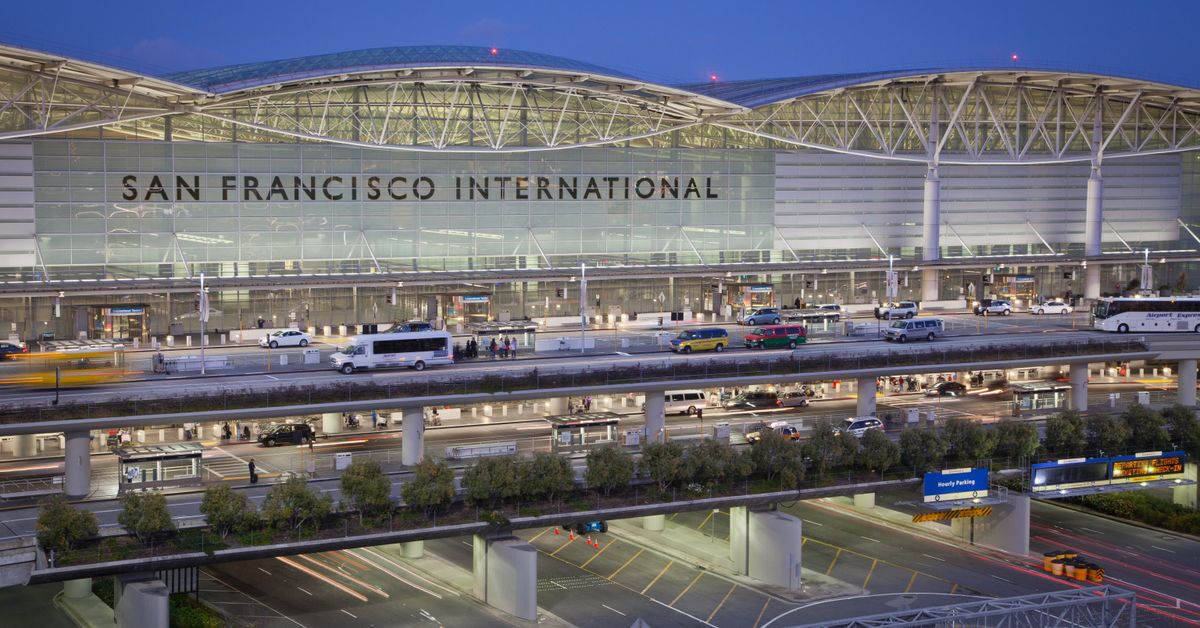 I love Bun Mee. Was just talking about this with a friend who was looking for SFO food. wrong terminal for him, unfortunately.

What do you like to order from them? (and if you know, are they consistent between their Fillmore and Market Street locations?)

I’ve only been to the Fillmore location, and i really liked the pork, the pork belly, and the catfish. the pork is just jucier than a lot of banh mi, and while it’s much pricier ($8-9?) i don’t mind paying that once in a while for a really good sandwich.

I visited the Fillmore Bun Mee upon its opening. It definitely was offering an “elevated” banh mi experience, but not .as elevated as the defunct O’Mai on Clement, which had a Kobe Beef banh mi. (Oddly, though, O’Mai also had a “house special” Bun Bo Hue with blood and bull pizzle.)

And next year boarding area A at the international terminal will get Tartine, Cala and Kin Khao.

And they are here, at terminal A in international. It says they are around till 1am. 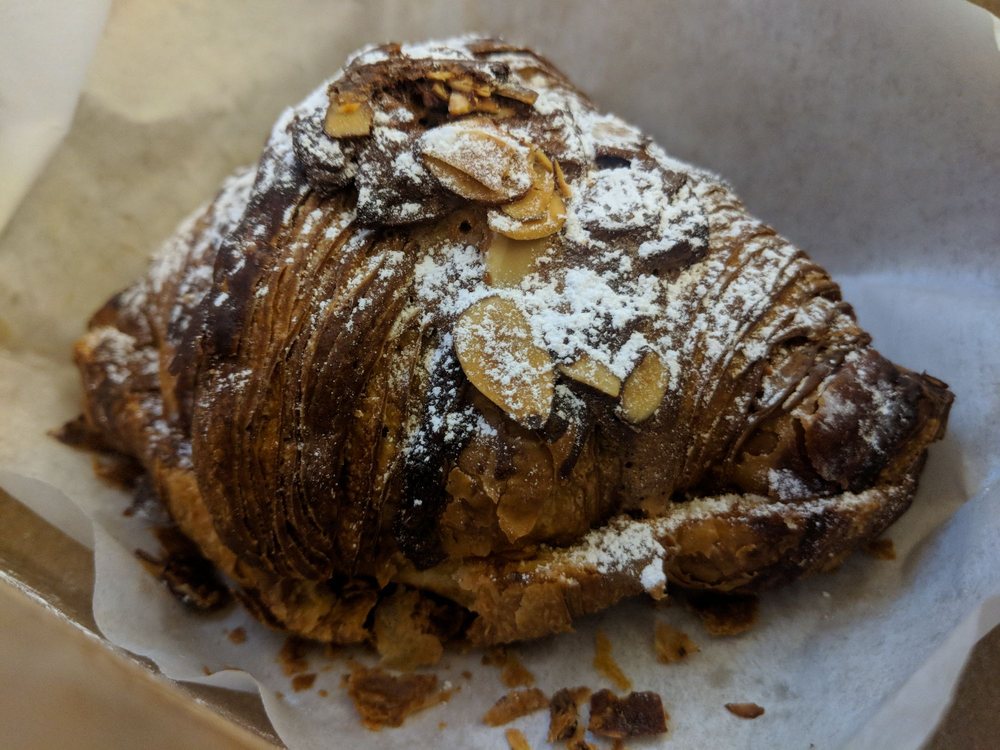 Looking closer- it appears the food hall is post-security in A.