Poutine or Putin? People are conflating fries and gravy with the Russian...

At least two restaurants have sought to clarify the distinction between beloved French Canadian dish poutine and the Russian president.

Especially the address of the site is poutine. fr Protest against the war in Ukraine has a new cultural front — food and drink names — as people across the world show solidarity with Ukraine by renaming or boycotting Russian-made products.

The new name is not very catchy!

I understand Poutine in Canadian French is slang for a mess, since the dish Poutine looks like a mess. There’s also a historic Acadian dish called poutine which bears no resemblance to the Fries Curds Gravy poutine. To some people this new name might sound better, but I think you’re right, it isn’t catchy, and I doubt it’ll catch on.

Canadians have too much fun with the Putin/Poutine wordplay. 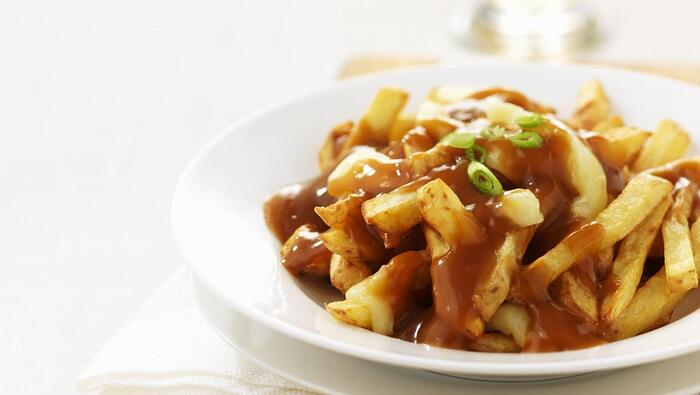 In the 1990 movie classic Hunt for Red October, Peter Firth played the zampolit aboard the Russian submarine. By now you can guess the character’s name, and wonder about the writer’s prescience.