Han Oak is a restaurant in NE Portland run by chef Peter Cho. It was recently nominated for a James Beard award for best new restaurant. Open 4 days a week with a reservation only dinner on Fridays and Saturdays, and walk-in only noodle and dumpling nights on Sundays and Mondays. The restaurant is behind an unmarked door and kind of hidden away off from the street, and doubles as the chef’s home (its name comes from a term to describe Korean traditional houses). I went in for the dinner on a Saturday. The dinner is fixed price at $35, though looking at their website I see it has since risen to $45, with some additional snacks available for an extra $9 each.

Good, I’ve never really gotten too excited over kimchi though. 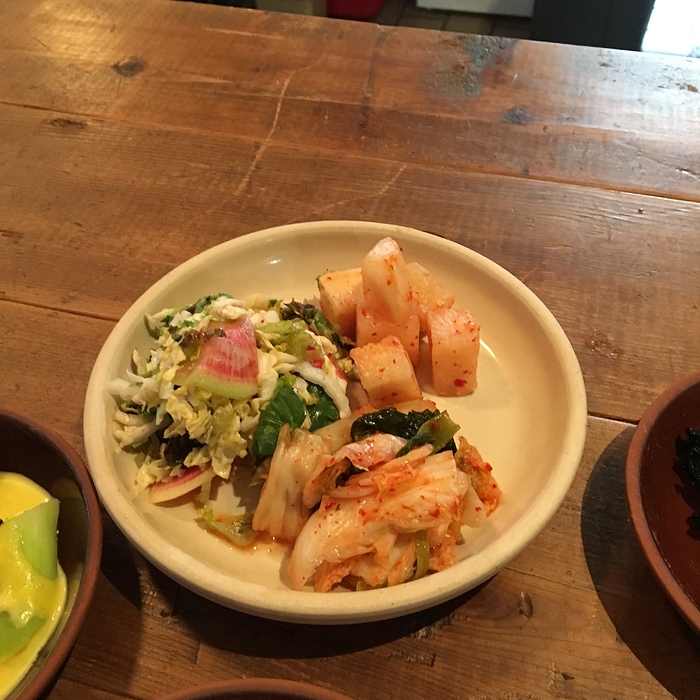 Similar to the ubiquitous potato banchan one usually gets at Korean restaurants with a sweet glaze, this version was quite crispy on the outside and also had a little sour component in addition to the sweetness. 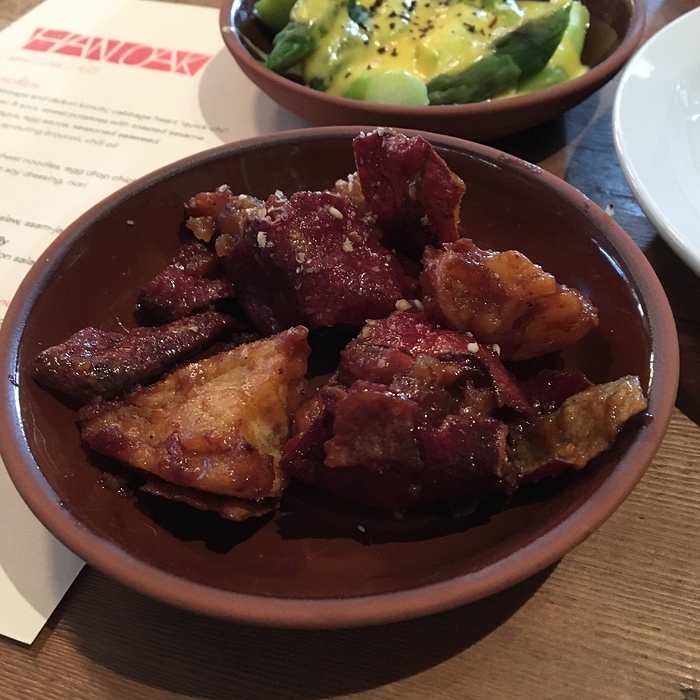 Topped with a very nice egg and miso based sauce that sort of tasted like a hollandaise but without the lemon. This was great, very tender and sweet asparagus. My favorite of the banchan. 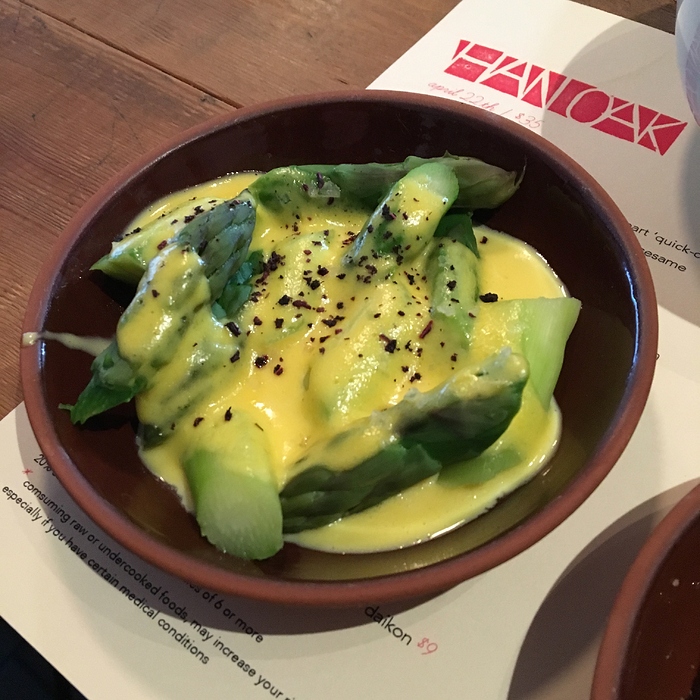 Tasted like small broccolini, with a few little flowers interspersed. 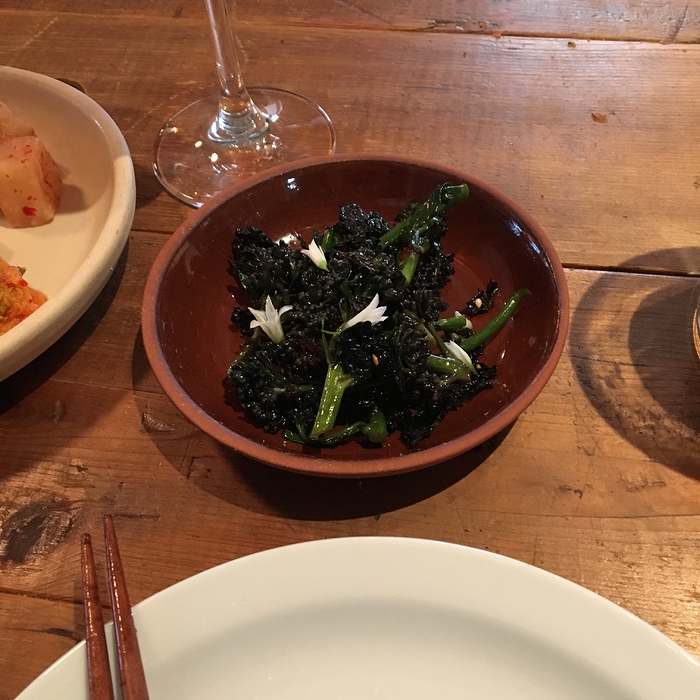 I liked this a lot. Lots of chicken flavor in the broth, noodles were good and chewy. Tender chicken. 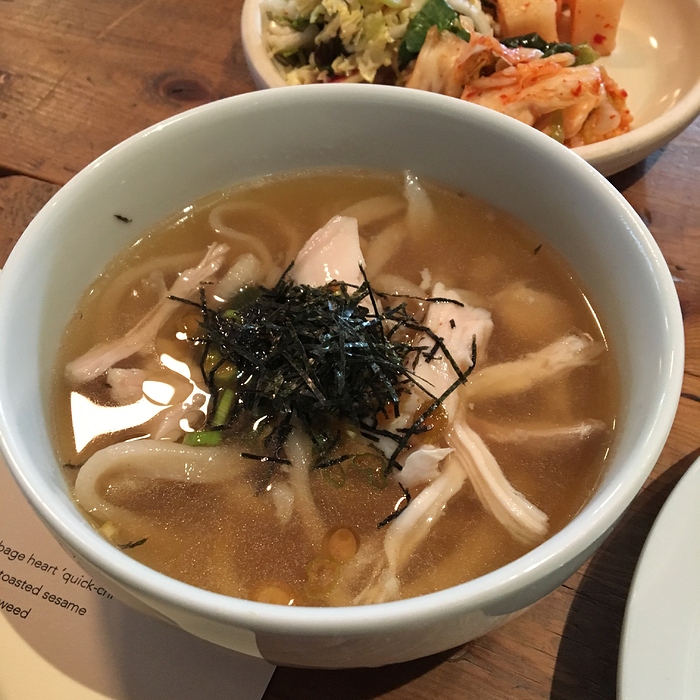 I ordered this snack supplement (+$9). These were delicious. Good chew on the wrappers. The broth it was sitting on was a little reminiscent of the chinkiang and ginger dipping sauce used for XLB and other dumplings, but more mellow/diluted. I made a mistake ordering this as a solo diner though, too much food. 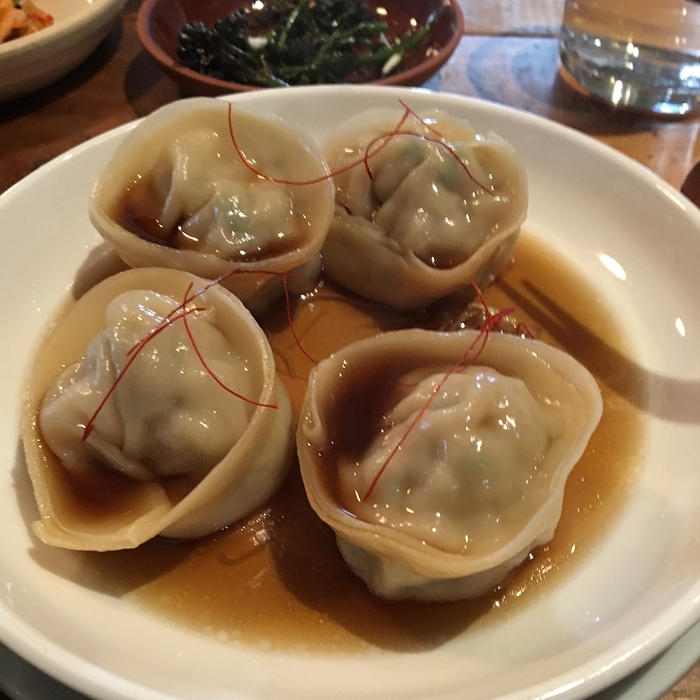 Not one but two main courses. Both were very good. Of the two I liked the pork belly the best. I’m guessing the koji marinade gave it a little more savoriness, it was very flavorful. The thinly sliced scallions resembled the garnish used in peking duck. I used it to make little wraps with the rice noodle sheets and the pork. The shortrib was also good. I think it’s supposed to be kind of a fusion-y dish as it is smoked and came with a slaw, like American BBQ. Also came with a variety of lettuce wrappers and a nice ssamjang. 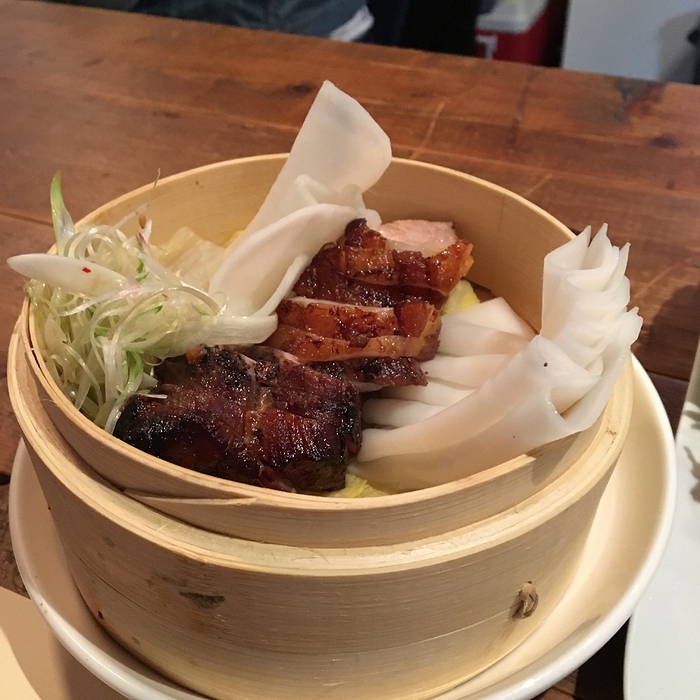 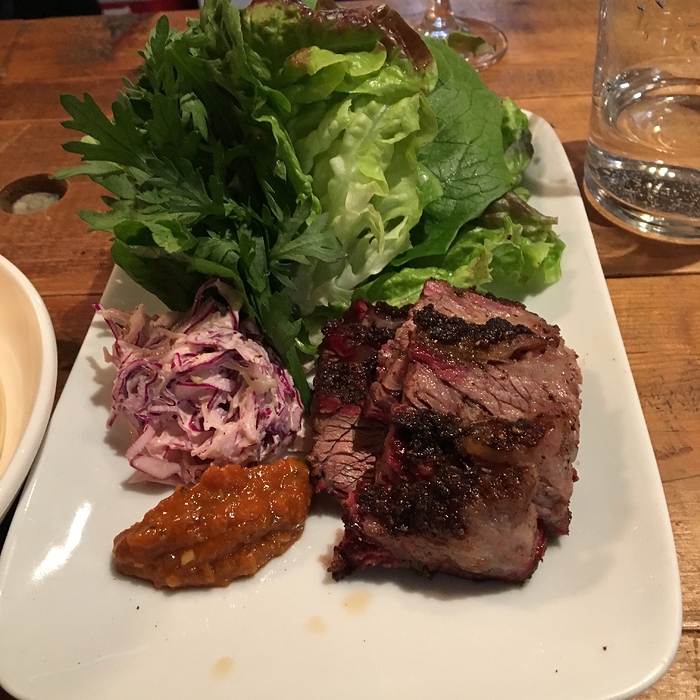 dessert
Sweet Korean melon, a little crispy, with a granita made with I think soju?
Simple, light and refreshing dessert. 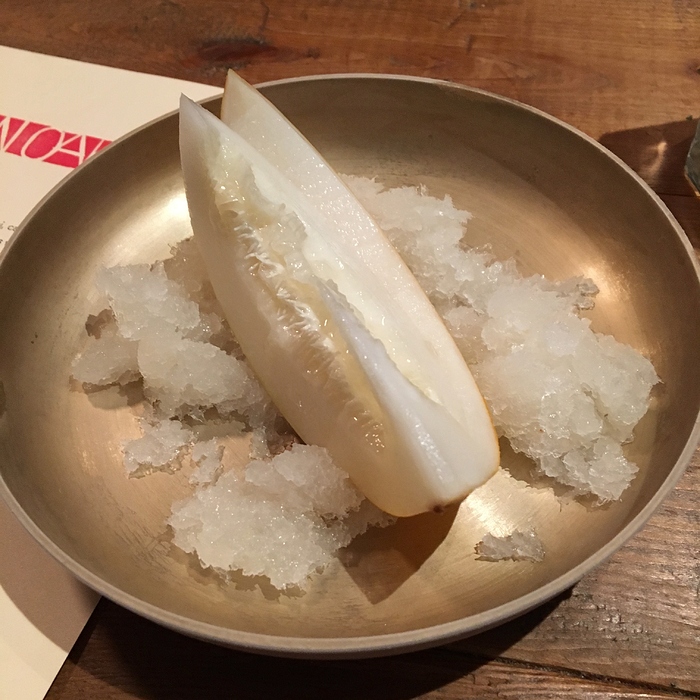 Very good meal, and not a bad deal considering the amount of food.