Figured it was time for it having its own thread.

Pollo Club is the new concept from Moody’s Deli folks (Moody’s and Backroom) that opened in October 2019, in the previous taco concept location on Moody street. I finally got to it last night. We had tried on a few weekend evenings and it was insanely packed but last night it was maybe 1/2 full.

I’ll start with the best and work backwards. While I don’t always like the host/hostess interaction at Moody’s, I have always been super impressed with the service staff and the same can be said for the Pollo Club. They didn’t have a host/hostess, which was fine since it wasn’t crowded (maybe they have someone on busy nights) and our waitress was great. Very personably, helpful, attentive but efficient. I don’t know who trains their wait staff but give them a raise.

The ambiance . . . it is such a personal choice. I would describe it as a Shojo (Chinatown) rip off in concept. (I like Shojo, so not a knock, but the similarities are apparent). It is a small dark space, graffiti style art on the walls, old movies playing on a giant TV screen (we had the original Oceans 11 playing) - very “cool hipster” type vibe. The music wasn’t too loud to talk but it is a tight space. One wall of two-tops that can be pulled apart, slid together to accomodate small groups. A bar on the other wall with seating.

The food . . . if all you’re going to do is fried chicken, it needs to be great fried chicken. And I had high expectations from my Moody’s experiences. We had chicken strips and a “small dark” (thigh and leg), both come with biscuit and choice of 2 of their sauces. The sauces should have been a warning but i didn’t attend to it. (Fried chicken should be able to stand alone IMHO).

My chicken (small dark) was . . . . fine. It is a traditional southern style in that it is breaded and fried. I found the breading bland. I also expected the breading to be very crispy . . . it had a few crispy spots but was otherwise lack luster and on the soft side. My last complaint (and this one is picky) - the pieces were small (fine, I would rather have real chicken than some franken-chicken with thighs the size of breasts) but I don’t like it when they include the backbone in a thigh piece for fried chicken. It adds nothing but allows for more fried breading, which if that isn’t super, who wants it? The biscuits were dry. If you need to reach for your water every time you take a bit of your biscuit . . . that is a problem for me.

The mac and cheese was actually really good and rich.

We also had a broccoli slaw and goat cheese fritter. It was very good but not at all what we expected. Full disclosure, this could be our fault since the space is so dark and the menu font so small and faint we had troubles reading the menu, so may have misread things. But in a place doing fried chicken, biscuits, greens, etc . . . when you see “fritter” you think “fritter” - as in corn meal type fritter. This was a broccoli slaw with fried goat cheese balls. It was very good and we liked both the slaw an the fried goat cheese - it just wasn’t a “fritter”.

We both had the bourbon cocktail on the menu (Jack & Mare). It was too sweet for our taste and the bigger issue . . . if you order bourbon (IMHO) you do so because you like the taste of bourbon. There was no bourbon flavor in that cocktail. I think the sugar content and other flavors just masked it (though Moody’s typically has very small pours IMHO as a whole).

All in all, we will be back for a second try, but I wasn’t impressed from my first visit. I’m glad they are there and wish them well. It’s a cool little space but they have to have the chicken spot on if that is all they are doing.

Thanks for the write up.

Wow, yes, thanks for telling us. I agree if all you are doing is fried chicken it ought to be fabulous.

But in a place doing fried chicken, biscuits, greens, etc . . . when you see “fritter” you think “fritter” - as in corn meal type fritter.

Thank you for sharing your detailed observations. Agree that a menu item described as a fritter, especially in context of this eatery’s concept, really needs to be be a fritter as you describe.

thanks for the review. uncrispy fried chicken and a bourbon cocktail tasting mostly like sugar sounds really unpromising.

Has anybody eaten at the Backroom since the changes ? Just wondering if the quality suffered in any way

In all fairness, the Globe apparently had a different take on the food than I did . . .

Quote:
Well, you’re here for the fried chicken and it’s offered in small and large portions, emerging from the fat bath with a thick, crisp coating; the meat is just right. Each comes with a large biscuit and two sauces. Order the popular #7 Hot Sauce and Korean BBQ, but honestly this poultry doesn’t need it. 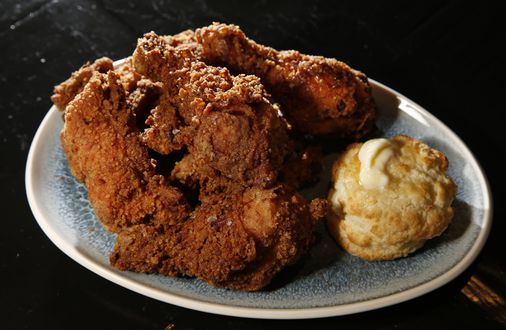 Fried chicken and biscuits are the specialties of the house at Waltham’s new...

The new group running Moody's Deli and the Backroom at Moody's opened a chicken joint in the adjacent space.

I’ll take your word over the Globe’s reviewers

I wonder if they aren’t as good during slower times if they’ve precooked the chicken. We had pretty crispy and moist chicken twice a few weeks ago when they were slammed. The food came out quickly, so they definitely aren’t frying to order. I’m bummed to hear that they were just so-so.

Honkman, I’m also curious about the Backroom. We haven’t been in quite a while.

Had apps and drinks at the backroom bar last night. The menu was the same as ever, and both the dishes (fettucine carbonara and crispy duck frisee salad) were similarly good to past visits.

I haven’t been back since my two early visits shortly after opening, so any updates would be appreciated. Here’s a very recent Boston.com review from Erin Kuschner: 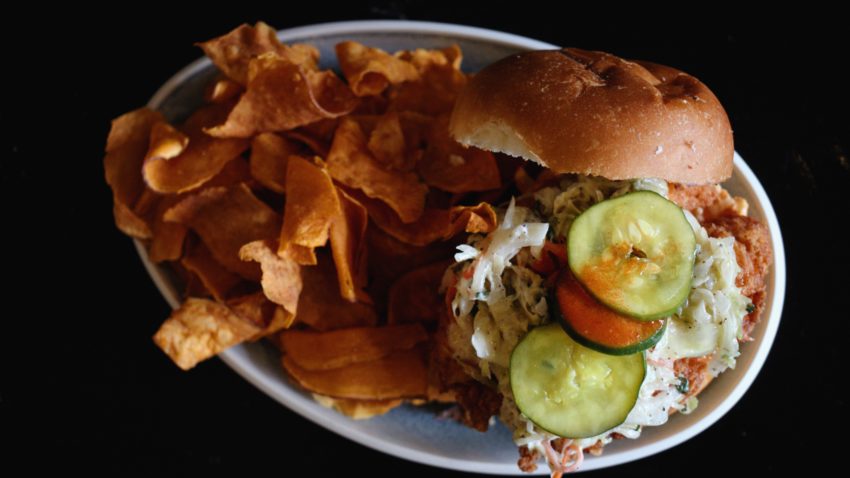 It's 2020, and we're still talking about fried chicken sandwiches.

Curious how their Sunday brunch is going (otherwise just open for dinners).

Three of us finally made it back this week. It was fairly quiet in the restaurant around 7 p.m. I’d say our experience was fine, if not memorable. My husband had the small dark fried chicken (a thigh and a drum), which he enjoyed quite a bit. My son had the halloumi sandwich, which again, he enjoyed, and they both thought the biscuits were tasty and not too dry. Neither one was particularly hungry so they didn’t have any sides. I had the fried chicken sandwich, which was tasty but as Thimes noted, not particularly crispy, and the slaw on the sandwich added a pleasant creamy element. A side of mac and cheese was a pleasant creamy indulgence. The house sweet potato chips are decent. I’d say we’ll return when we’re in the mood for chicken but it won’t necessarily be a go-to place. I’d order the sandwich again, but I’m not sure I’ll be craving it often.
Service was very good.

Similar experience that we had at Pollo Club. My feeling is that deep-fried indulgences like these have a natural advantage (taste and texture-wise) over most other foods, so “not memorable” is a mild fail in my book. We might give it another shot eventually, but not in a hurry.