Planning a trip to the central coast [CA] - tips needed!

My husband and I just booked plane tickets to California in mid July… Very excited! We are planning 4 nights in the Santa Ynez Valley (day trip to Santa Barbara) and 4 nights in the area of Pismo Beach, then one night at the tail end somewhere within an hour (preferably closer…ideas welcome!) of LAX. The main point of this trip is to relax, see beautiful scenery, and eat great food. This is not our first trip to CA but our first to this region and I’m in info-gathering mode.

We are more into beer than wine and I love California produce and pity the sad excuses for farm-to-table restaurants we have here on the East Coast, where it’s usually more buzzword than a philosophy. Those are two priorities, though we are also wide open to different types of cuisine and will err on the side of casual and unfancy although I wouldn’t mind a few upscale meals. I would love some general suggestions for the regions and ideas for good sources to look for restaurant recommendations. Great food towns? Beer havens? Restaurants with a view that also have good food? I’ll be doing my research but any tips would be much appreciated!

Thanks in advance from NY, where the sun is out after a long absence and spring may finally show up this weekend!

Including Solvang in your research could pay off. We haven’t got any names in mind, but there’s hot competition among the bakeries.

We’ve been to Cayucos several times for walking around and lunch. It’s a cute and not super crowded beach town. The smoked shrimp tacos at Ruddell’s Smokehouse (various kinds of smoked fish) are incredible!

Friends have recommended Solvang and I am really excited to try the pastries and sweets!

Awesome, I will look that place up. Sounds right up our alley!

When you get to Pismo Beach, I recommend stopping by Avila Beach. It’s often overlooked but I find its smaller size more charming and quiet. You can see its location relative to Pismo and Hwy 101 which leads to it being overlooked 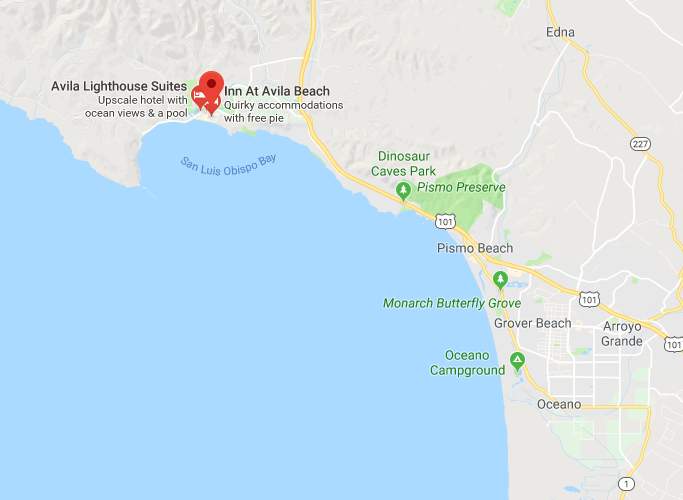 Oh yeah…another tip is to check out the Farmer’s Market schedules and see if there’s one happening the day you’re in an area. For example, Avila has Friday evening markets with live music.

And if you like visiting U Pick farms, there should be lots of berries in season.

I used to enjoy Solvang, but the last time we went, on a summer weekend, it was incredibly crowded with tons of traffic. We decided that was our last visit!

@seamunky great, thanks for the Avila Beach recommendation, and the farmers’ market reminder. I love farmers’ markets! And the place we’re staying in Pismo has a kitchen so we can do some simple meals.

@TheLibrarian Noted… we will try for a weekday in Solvang.

The limpa bread reminded us of an Andersonville, Chicago bakery quite a while ago. Cardamon bread is another treat we haven’t had here unless in the future we can sweet talk our skilled retired USN vet and professional baker friend to figure it out as he did kransekake.

@BoneAppetite I did some cursory googling yesterday and saw some pastry photos and I can’t wait!!!

Ember is a great restaurant in Arroyo Grande, really close to Pismo. They have fantastic cocktails, Central Coast wines, and the small bites are the way to go with the menu. As the name implies, there is a wood-fired oven central to the restaurant. I had an excellent octopus dish here.

No reservations, but there is a bar where you can order a drink while you wait. If you get lucky and land a seat at the bar, you can order off the full menu there.

A bit more casual is The Spoon Trade in Grover Beach, really close to the entrance to Oceano Dunes. If fried chicken and waffles is your thing, their version has rosemary, kimchi, and a spiced honey. I find it a bit much, but other people I’ve dined with loved it. Also, I heard their happy hour is good. 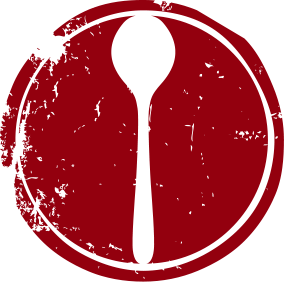 The Spoon Trade strives to feed the people of the Central Coast.

The Spoon Trade is a gathering place in the heart of the five cities in Grover Beach. You can trust the food and drink to be sourced and prepared with care and creativity. The owners celebrate the diverse bounty of California and continue to rotate...

For an artery clogging clam chowder, Splash Cafe. If you want to miss the lines, you can also buy Splash Cafe’s chowder at the soup and salad bar at California Fresh Market.

Cinnamon buns at Old West Cinnamon Rolls are another food tourist attraction. they warm them up for you and drizzle a cream cheese frosting over it. They’re also GIANT, so I split it was at least one other person.

Asian food is so-so here. There are a plethora of sushi restaurants. So far, the ones I thought were decent were Izakaya Raku and Pacific Umi, both in Grover Beach. There are also several Thai restaurants, but I haven’t liked any of them.

For beer, ManRock Brewing Company in Grover Beach is the best in the immediate Pismo area. If you’re willing to venture slightly further out, there are two breweries that have more unique selections: Bang the Drum Brewery and Central Coast Brewing. Firestone Walker has some decent brews, too. Skip Figueroa Mountain Brewing. It felt like an Applebee’s. 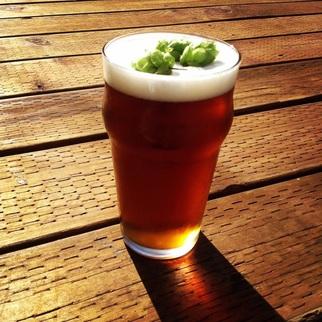 The path to opening our first tasting room in Grover Beach happened in September of 2012 and was truly a labor of love. All along, we have been focused on crafting delicious, compelling brews and to... 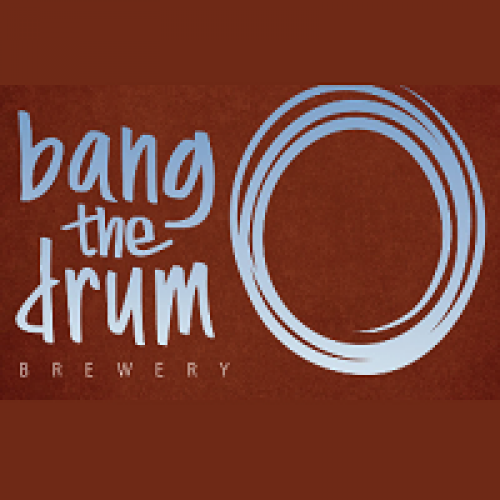 If you’re up for riding bikes, it’s a really easy city to navigate on two wheels. Also, hiking at Montana de Oro State Park is a great way to work off all that food!

Oh wow, Ember is in walking distance of our accommodations so that is perfect!

I am bookmarking your recommendations. Probably won’t be doing much Asian food so its ok if that’s not a strength. We will definitely be wanting some Mexican/cal-mex food though… Ideas for that? Those cinnamon buns sound incredible. Would you happen to know any good ice cream spots? Asking for a friend.

Your brewery intel is much appreciated as we are overwhelmed by the sheer number in the area!

If you need a quick midday meal, Renaud’s Patisserie & Bistro/Santa Barbara makes an excellent tri-tip beef/Gruyere sandwich on a fine brioche, along with a good individual quiche. Not all their baked goods are great, despite the hoopla; but they are famed for their macarons and we can vouch they make a very good plain croissant, almost the equal of Parker Lusseau/Monterey, our fav French bakery. Skip the fruit tarts, Danishes, and almond croissants unless you like things supersweet with only average quality flour.
Renaud’s Patisserie & Bistro
3315 State St., Santa Barbara, CA
http://www.renaudsbakery.com/new-lunch

There is an amazing Oriental art/sculpture store just south of Santa Barbara in Summerlands, CA. They have GORGEOUS Asian gardens with beautiful plantings, extensive water features, and several little gazebos with couches and cushions for just sitting (which are quickly nabbed by those familiar with the gardens, LOL). It makes a wonderful little stop before heading out of the SB area.
Sacred Space
2594 Lillie Ave
Summerland, CA 93067
(Check out the photos in Yelp: https://www.yelp.com/biz/the-sacred-space-summerland)

For Mexican food, Me n Z’s in Arroyo Grande, Old Juan’s Cantina in Oceano, and Ventana Grill in Shell Beach. Disclaimer: I haven’t been to any of these restaurants, but my folks frequent all of them and gave them a thumbs-up when I asked.

So we have finalized our accommodations for our trip and it’s quickly approaching. Here’s our rough itinerary and then a whole boatload of places I’d like intel on if anyone has any.

While in the Pismo area we want to hit SLO for at least a few hours as well as drive up the coast a bit to Morro Bay, Cayucos and San Simeon.

As I stated my main focus is fresh local food. Fresh seafood would be great too. As I’m pregnant my husband doesn’t have to humor me by going to wineries but a big yes to breweries for my husband.

I would like one really, really nice meal (not fussy but upscale) somewhere but other than that we are open to all ends of the spectrum.

Here’s what I have, sort of in geographical order from south to north:

Santa Barbara (here for a lunch and snack(s)/drinks:
Boathouse at Hendry’s Beach (more interested in the beach views here than food per se but if there are other suggestions for lunch with a view I am open)
Bree’osh bakery
McConnell’s ice cream
Third Window Brewery

Los Olivos:
The Bear and the Star

Let me know if I’m missing anything! Obviously we won’t get to all these places but I like to be prepared!

Congratulations! And enjoy your trip! And lol it will be your last big trip for a long long while…! (We live 200 miles away and we still haven’t been back after having kids…!)