At least down near me in the south peninsula, Indian Pizza is all the style. To me, the “original” is always Zante’s in SF. They’re gone from the original 16th street digs long ago, but still in the inner-outer mission grey area. It’s often the take-out of choice at the shop in the bayview I sometimes haunt.

What’s good indian pizza? It’s got to have great sauce, and lots of it. (Arguably) the point of indian food is the gravy. While you think culturally indians should be able to sling an interesting crust (tandoor-style with some burnt), I’ve found indian purveyors are using fairly standard crust recipies and ovens of no particular greatness, so the goal is crust that doesn’t take away from the sauce and toppings.

The toppings should also be great, of course. You’ll expect better than average veg and some interesting spiced meat options, likely chicken based.

What’s shocking about indian pizza of the new places is the near-lack of pizzas with indian sauce. Looking at menus, it’s almost always “white” (no sauce although garlic is claimed) or classic italian tomato. This is simply incomprehensible to me. Sure, one or two “normal” (cis-hetero-american) pizzas in case it’s a mixed party, but … if you advertise Indian pizza, I expect MOST pizzas to have indian sauce.

Palo Alto - Curry Pizza House. This location on Univ ave I categorize as Opportunist. They appear to claim whatever’s trendy, and rotate ever 6 to 12 months. It was a thai-ish place, then a tiki place, then something else, now it’s indian pizza. However, maybe they’ve taken on this local chain’s offerings, and will be “here to stay” for a bit. This place has three sauces, Curry, Shahi (the butter chicken sauce?), white-garlic, Pesto, house red. The first two are obviously the indian ones.

It’s OK. The sauce is usually light, maybe I should order “extra sauce”, the toppings are OK not great, the crust is standard industrial.

I tried Desi Pizza House in MV kinda near the freeway on Moffit. The place is very bare bones - no beer no seating nothin but pizza - no really I think they had two kinds of wings and that’s it - and the pizza is OK but suffers the “where’s the sauce” artifact. I got the most indian-ish item on the menu, and the toppings were pretty good. I think the crust was better than Curry Pizza House by simply being thinner and there being less of it.

Both of these fair poorly compared to my memories of Zante’s.

It looks like Fremont is the place to eat (as usual). They have Tandoori Pizza, Namaste Pizza, Bombay Pizza House, and a couple of the Curry Pizza chains.

What’s shocking about indian pizza of the new places is the near-lack of pizzas with indian sauce.

When I think of Indian pizza, I think of pizza Indian-style, as you would find it it in India.

Indianized prep and toppings and texture - not Italian or American.

But not pizza with gravy like tikka masala sauce or korma sauce or whatever else. Though I can’t think of anything generic butter chicken sauce wouldn’t be good on, so why not.

I agree that’s a thing

but I don’t know if it in america or at least the bay area. Maybe the Indian Pizza places, if you order a cheese pizza, would do that?

If we follow the “desi chinese” naming system, we’d call that Desi Pizza, as opposed to Indian Pizza, which would have indian sauces?

Yes, basically, those sauces are designed to be put over bread with meat in the middle, I think it works great.

But yeah, I’ll eat butter chicken sauce on pizza, why not. It’s just one step removed from vodka sauce, and that tastes great on pizza. But I don’t recall seeing “Punjabi gravy” on pizza in India - perhaps it’s a lost opportunity. Plenty of chicken or paneer tikka as a topping, though.

The topping combination that always comes to mind when I hear someone mention Indian pizza - onions, capsicum (green pepper), and corn. Corn is an unsung topping hero.

We have used all leftover sauces on pizza. A lot of times meat is gone, what to do with what’s left? The regular shorba doesn’t work. Tried it way too many times with pasta and pizza – as-is, reducing, and cutting with tomato sauce, none of these are good. And I really want murgh makhani sauce to work, it’s always leftover. I imagined probably like you are, but it just tastes like you spread it on naan and ate it, not like pizza. Try it though, and see what you think. Maybe you can crack the code. It would be a great way to repurpose leftovers.

Back to the point, anyone have Indian Pizza places they like in the bay area?

When I think of Indian pizza, I think of pizza Indian-style, as you would find it it in India.

I heard India doesnt have Cheese. Only “Cheej”.

Not in the South Bay, but this is a newish place in the Mission specializing in Indian pizza. I haven’t been yet, but the descriptions sound like what you are looking for - “tikka masala sauce”, “spinach sauce”, etc. on the pizzas. I’l report back when I get a chance to try. 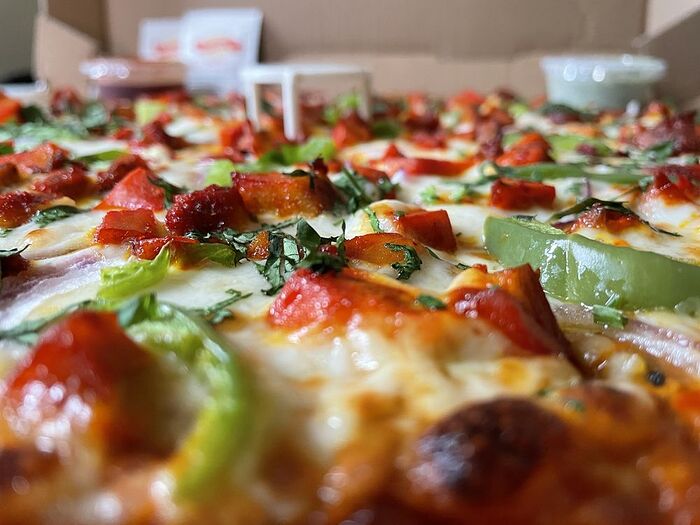 Specialties: Our sincere effort is to make your dining experience memorable by bringing to you centuries old Cuisine, and recipes from our mother’s kitchen. We specialize in Indian breads(Naan), meats grilled in tandoor, variety of curries, and...

I haven’t been. But this one is pretty close to your favorite Aappakadai in Sunnyvale and is on my list to try. Don’t know if they have the sauce you are looking for though. They have pies like vijayawada chicken pizza and gongura chicken pizza. 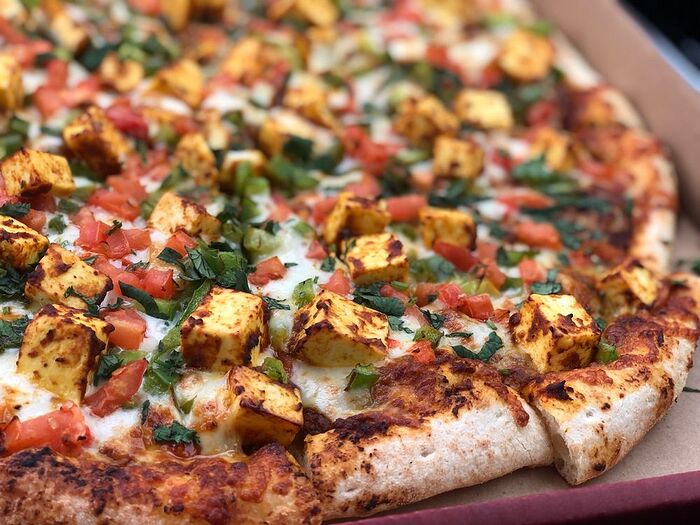 a newish place in the Mission specializing in Indian pizza. I haven’t been yet, but the descriptions sound like what you are looking for - “tikka masala sauce”, “spinach sauce”, etc. on the pizzas. I’l report back when I get

Thanks for two items to add to the list. Will report back.