Pets at Farmers' Markets: Yes or No?

Visited my local farmers’ market this morning and found that I had to circumnavigate a lot of big dogs to get to the kiosks and farm stands. Please understand that I do like most pets, but pet owners could be a bit more conscientious about other visitors and keep their animals in tow…

If the dogs were leashed, the are “in tow”. If the town has a leash law and they were loose, that’s a legal issue. There aren’t many public venues (in the USA) where pets are permitted. If the FM rules allow dogs, it’s your choice whether or not to shop there.

The dogs don’t bother me, it’s what’s on the other end of the leash I have problems with.

Pets yes. Some pet owners no.

My dog is a walking hair storm so I don’t take him to the farmers markets. He’s a Husky & the hair just gets everywhere.

I don’t have any pets so I’d have to vote no pets at food markets. Sure, some of them are perfectly fine, but I do find the violent lunging, barking, dog-on-dog encounters jarring. Seems like a potential for danger there, and unnecessary drama. Normal dog behavior, I’m sure, I just prefer my peaceful little bubble without it. (Yes, I do stay home a lot. It’s quiet here.)

Last summer I sold a few times at a market to which a woman brought her exotic purebred or hybrid cat. I can’t remember whether it was on a leash or in a stroller, I may have seen it both ways. A pet in a stroller can’t bite anyone or pee on anything, so I guess those are ok despite the silliness. But in a crowded market a stroller can be a nuisance on its own.

I don’t think I’ve seen any other types of pets at markets, but at my event today I noticed a young woman trailing a leash behind her as she came down the aisle, and on the leash was a roller skate. It was a pretty short leash, but I’ve gotten some bloody knees from roller skates, those things are dangerous! There ought to be some rules …

I don’t think we are talking a ban here. I certainly would be against a ban on dogs. However, I do agree the pet owners should be conscientious. Does the pet behave well in public? Is the market already pack enough that additional dogs will make the traffic much worse?..etc.

My farmer’s market do not allow pets, leashed or not.

But in a crowded market a stroller can be a nuisance on its own.

A lot of truth here. Given the tendency of some parents to get strollers the size of small Hummers these days, they are not suited for some tightly spaced markets, whether they care carrying precious cats or germy, grabby rugrats. Now, no one of course would turn down a mother and a stroller, regardless of its ridiculous size.

I have pets so they don’t bother me, but knowing that there is often food that are placed closer to ground level in bins at the markets, I suppose it would make sense not to have them roaming the floor.

True to that. Some strollers are unnecessary huge.

Now, no one of course would turn down a mother and a stroller, regardless of its ridiculous size.

Off-topic- I am a parent of small kids and I am a serious farmer’s market shopper, i.e. I go every week, and I buy most of the veggies and fruits there, rain or shine. Even though I am sensitive to the needs of parents, it can be annoying to have the following in the market:

But LOL, can’t ban them all.

Yes… sadly we have devolved … period!

Even though I am sensitive to the needs of parents, it can be annoying to have the following in the market:- gigantic stroller, double wide, double long, or even triple long, these are mostly from the tourist crowd- slow moving browsing crowd- groups that decide to stop in the middle of the crowded path to chat

Of course, I find the same things in supermarkets.

But they are banned from grocery stores, so why not farmers markets? Anywhere there is food is a good rule to me.

yet some people believe the Earth rotates around them (Selfish Assium)

Not to be pedantic, but the term is solipsism. When I was young and my parents would want to discuss my one sister’s behavior, they would use this term correctly assuming I wouldn’t know what it meant . . . until I was old enough to use a dictionary

And they were right, decades later she still thinks the world revolves around her.

To stay on topic, dogs at the Farmers Market don’t bother me. But I can’t recall a really badly behaved dog and our local market has a fairly broad, open set-up.

I don’t mind the big dogs, it’s the little ones that bother me in crowds. I don’t want to stand on them. 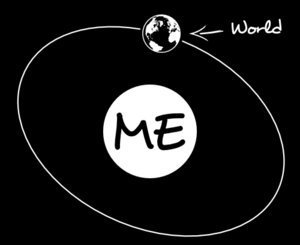 have pets so they don’t bother me, but knowing that there is often food that are placed closer to ground level in bins at the markets, I suppose it would make sense not to have them roaming the floor.

Of course, I’ve see parents let their kids handle the food at farmer’s markets. Don’t like that much either!