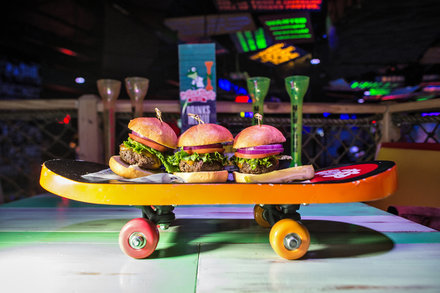 A chain restaurant popular with college students vacationing in the Caribbean comes to New York. Live a little.

"Señor Frog’s is not a good restaurant by most conventional measures, including the fairly basic one of serving food. One night I got just two of the half-dozen appetizers I had asked for. Another time, the starters showed up on schedule, but after nearly two hours the main courses still had not appeared.

“What happened to our food?” we finally asked. “That’s what I’m wondering!” our server said brightly. “Like, where is it?”

Could it be worse than Guy Fieri’s shit show?

Give Pete Wells credit though, that he is fully appreciative that this restaurant is not about the food but the atmosphere and the fun. The food doesn’t show up? Start a conga line!