I get to eat some of my favourite “foreign” food at a restaurant run by a footballing hero. 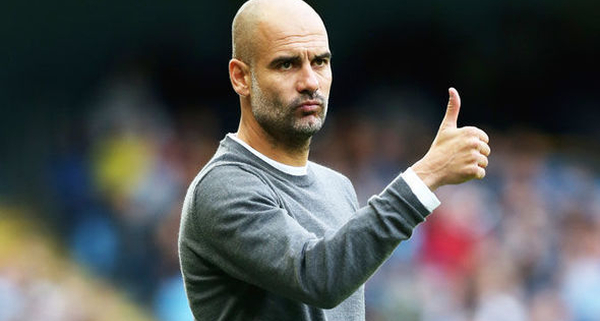 Will it be third time lucky for this tricky King Street venue?

Good. Get Guardiola distracted, and perhaps they will blow that lead.

The man is a god. He can do many things at the same time. Well, except get his team to beat Wigan.

(PS: yes, I know women can do many things at the same time without god status)

Sounds like Guardiola, Soriano and Begiristain put up the money. But beyond that the chef runs the show.

I can see the genesis of the restaurant went like this-

Those 3 eating whatever they were eating in Manchester.

One of them went ‘Man, I miss the food from Barcelona.’

Another went ‘Well, we got $$$. Why don’t we just open a restaurant, get a good chef to come here so we can eat there every day, like a personal cafeteria?’

What your city needs to do now, is to duplicate these conversations with all the foreign born players so you can get decent foreign food. Want Argentinian food? Talk to Aguero.

Do you think it will have any impact on El Gato Negro on the same street?

Do you think it will have any impact on El Gato Negro on the same street?

Excellent question. To which the answer is probably “yes”.

I first came across El Gato when it was in its original location in Yorkshire, back in 2010. It’d been recommended by someone on egullet who lived local to it. We had a pleasant evening - the egullet guy had obviously let the chef patron know we were coming, as he came out for a chat. We never went back - it was a bit too far a drive for a midweek meal of snacks.

So, we were quite excited when he decided to uproot and move to Manchester. We went in April 2016, shortly after it opened. Food was OK - maybe a bit better than OK. But we’ve not felt the need to go back. Most of that is due to the fact we are not keen on the tapas (or “small plates”) idea for dinner. Tapas are fine when, as in Andalucia, they’re a snack with drinks. What I don’t like is that you order your range of dishes, having in mind a logic to how you’re going to eat - and then the food arrives in a completely order, because that’s how the kitchen had cooked them. So, you end up with the spicy patatas bravas coming just before the delicate prawns, which you now can’t properly taste because your mouth is full of chilli. Rant ends…

Where I think this new place will get it right, is that it’s going to have a “proper” menu of starters and main courses, as well as the tapas which will be intended to go with drinks. I think the concept of it be Catalan food, rather than a generic Spanish, should play well. We’re already benefitting from regional cuisine with Italian, Chinese and South Asian restaurants. I think it’s also interesting that the Fazenda Group are involved - Brasilian rodizio may be a very different concept to this new place but they are a group which knows how to run restaurants well.