Probably the best meal we had in Penang, great recommendation from @klyeoh! Thanks again!

Several staff at the hotel actually opposed us to go to Hai Boey, the Indian staff said food was expensive, the Chinese young grad told us he preferred another restaurant and even proposed he would come with us if we went to the one he liked. We decided to stick to our plan as we discovered the Indian guy only liked Indian food and the Chinese guy only liked to eat sweets and especially Western pastries.

From George Town we took Uber to arrive in Bukit Tambun (about 25 minutes), we would like to go to beach before dinner. The beach was far from the ones in Langkawi, we decided to move on… It was at that moment we realised we needed about 50 minutes walk to the restaurant.

There was a fisherman village next to the restaurant. 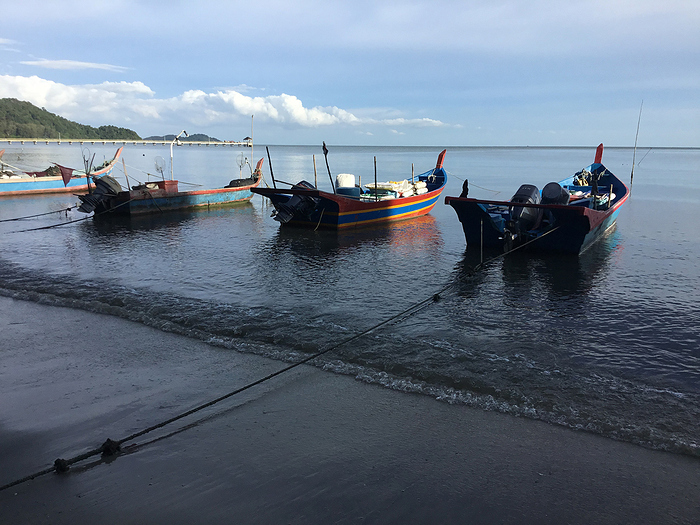 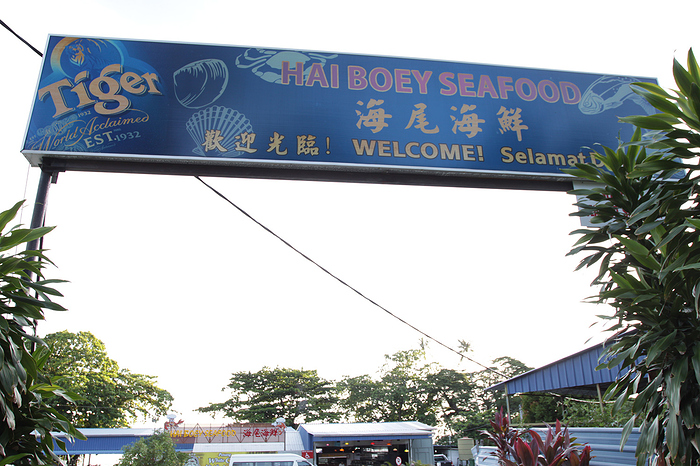 A big wall of fish tanks. Don’t know why the mantis prawns were dangerous. 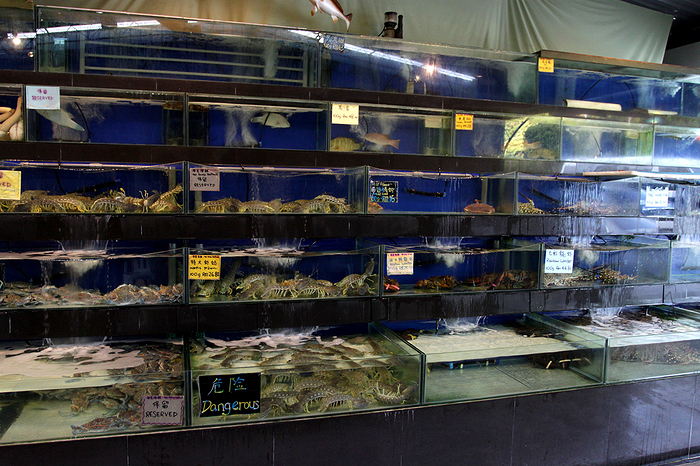 Look at the geoducks! 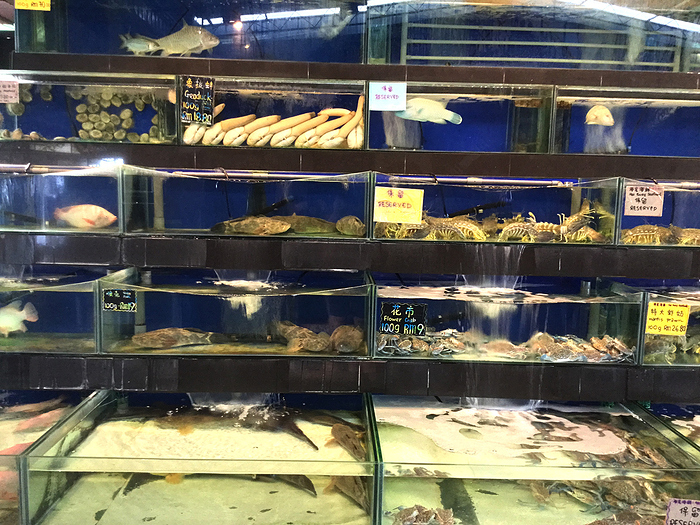 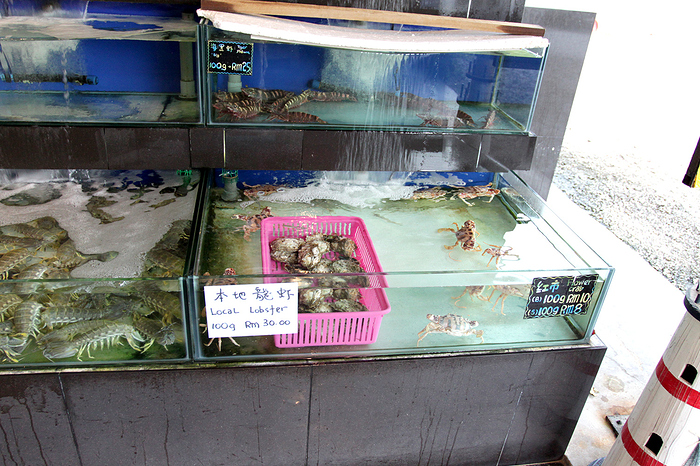 Even some crabs from France 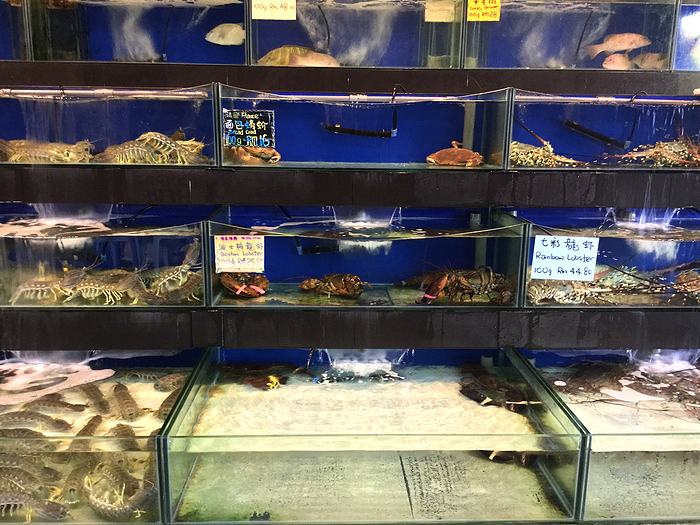 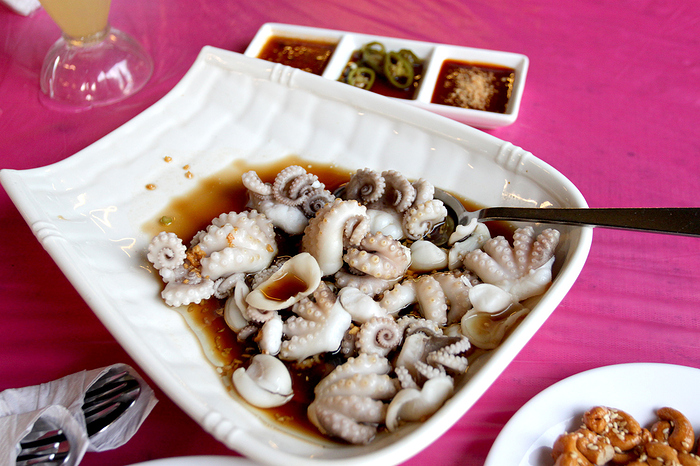 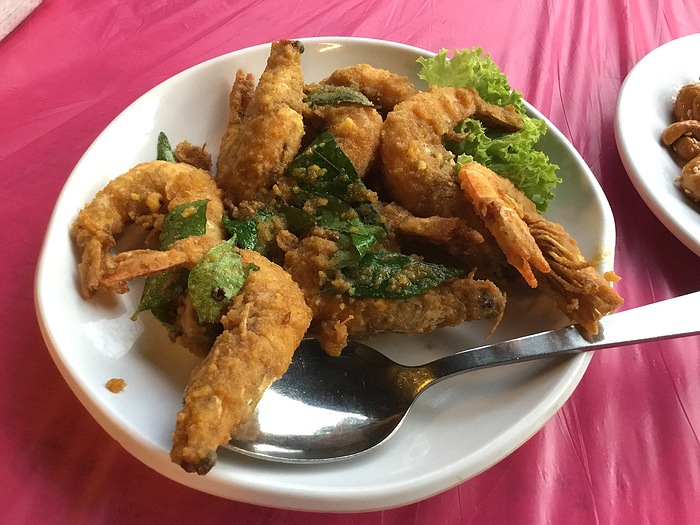 Ho fun - simply the best we had on this trip 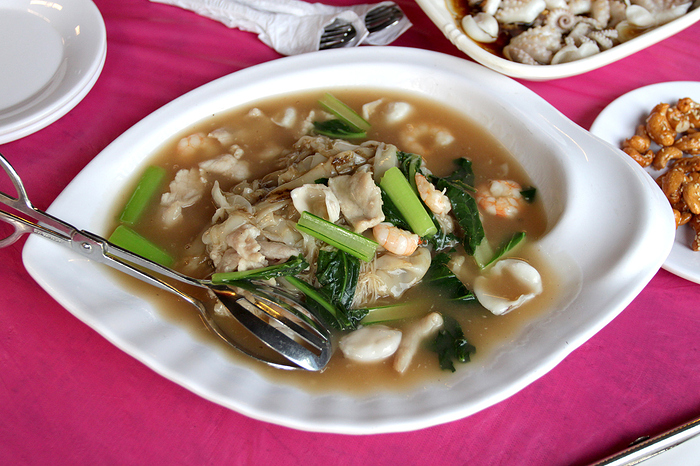 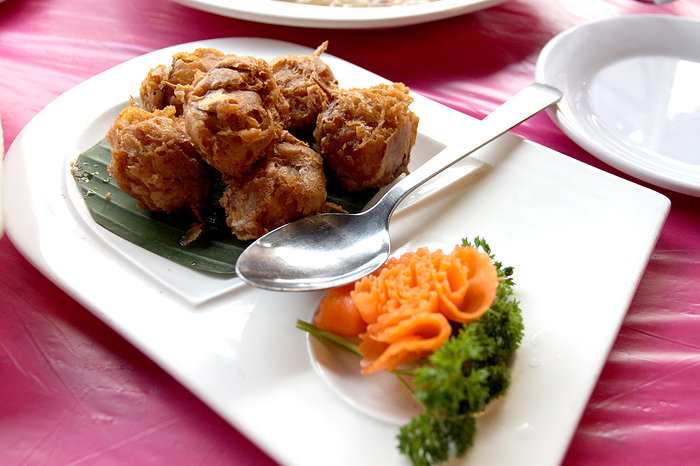 Pan fried abalone with wujiapi. The cooking was good, but in the end of the day, we were not fond of the texture of abalones. 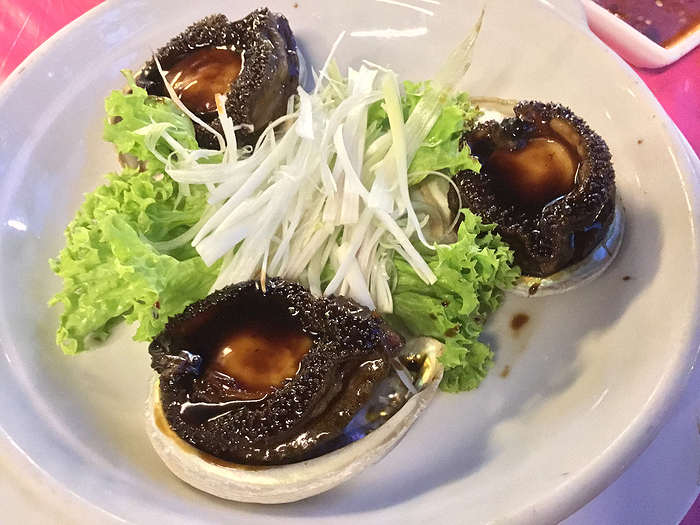 It was a pity that we were still recovering from our big lunch at Yee Heong Tea House and we were both not very hungry. The restaurant was huge, but there were only a few tables occupied, due to the low season I believed.
The staff were friendly, most didn’t speak English, only 1 hostess hopping around each table, she spoke very good English, when we showed them photos the Peranakan heritage mansion we were staying, they were very impressed, especially we were the only occupant, we had the place all to ourselves. 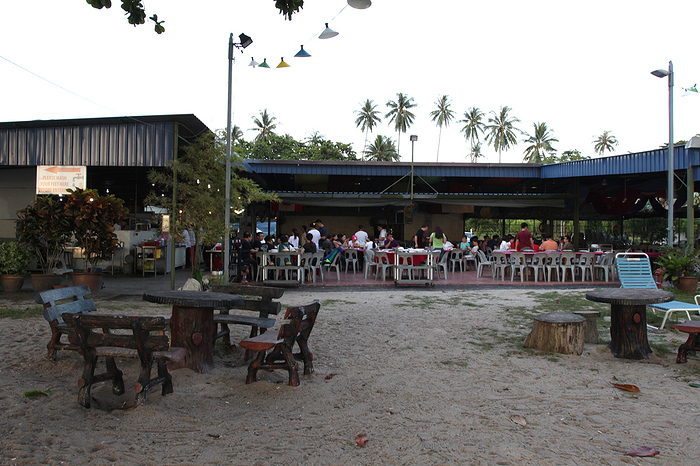 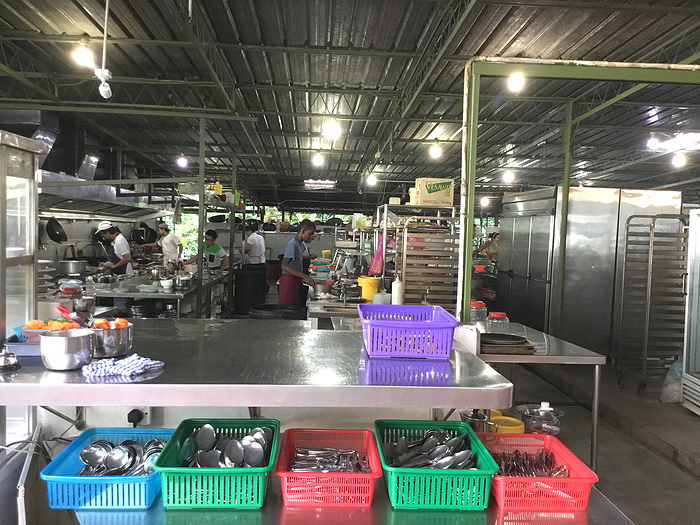 The only complain was the driver who took us back to George Town, initially the price quoted was 50 RM, but raised to 70 RM when we arrived. We were too tired to argue… Actually the restaurant is situated not far from the Penang airport. If we had better planning, we should have stayed in a place near the airport, especially we would be leaving by 5:30 am the next morning.

It was our last night in Penang, a good meal to sum this up. We will return one day!

I am green with envy!

Never too late to pack a bag and GO!

You are, of course, absolutely correct. But the next time we pack bags, it will be for a trip to Manhattan. 8 hours or so is the most I wish to fly these days. After that comes Paris, which we can reach by train.

We always think big cities can wait. Right now we should go to places that need more physical activities first. Yet we are still trying to find courage to go to Tibet and India.

Quite right. I wanted to visit Tibet, but my wife thought that the trekking would be too much for her. So we made a cursory visit to Nepal. We were in India, but… We visited Agra and Bombay. People who know India have told us that we visited the two least representative places in all of India. C’est la vie.

We go to Manhattan and Boston and Paris because we have good friends in these places. And I like to eat in restaurants in these places! And when we’re in France, we always try to visit a part of the country that we haven’t been to yet. This year I’m thinking of going to the Basque country.

" 50 minutes walk to the restaurant"? Oh wow!! In this heat & humidity?! I salute you for your sense of adventure and persistence.

BTW, what driver did you take back to your hotel who changed his quote? It can’t be an Uber driver, can he?

what driver did you take back to your hotel who changed his quote?

Nasty - that’s what I don’t like about local taxis in Penang, they tend to want to take advantage of foreigners.

Which hotel were you staying at? A trip from Hai Boey to George Town city centre should cost you RM50 at the “usual” rate.

We lived in Kelantan House in Georgetown. The guy wasn’t a taxi driver I think, he didn’t have a meter in the car.

I see - someone known in Penang as a “pirate taxi driver”. This practice has around since the 1980s. I still think Uber is the safest way to go in Penang (or KL, for that matter).

Our first trip from George Town to Teluk Kumbar costed us around 30RM with Uber.

Not only Uber was cheaper but the drivers were generally more polite. The down side is at times we waited long time for them to arrive., in KL there was one blocked by the traffic, and he decided not to take our order after a while. NB. Kuching doesnt has Uber yet.