Roti jala is a lacy, eggy crepe of Indian-Muslim origin that is very popular in Penang, and parts of Malaysia and Singapore. And one of the best roti jala in George Town is from 𝗧𝗵𝗮𝗵𝗮 𝗥𝗼𝘁𝗶 𝗝𝗮𝗹𝗮 on the corner of Penang Street and Bishop Street. 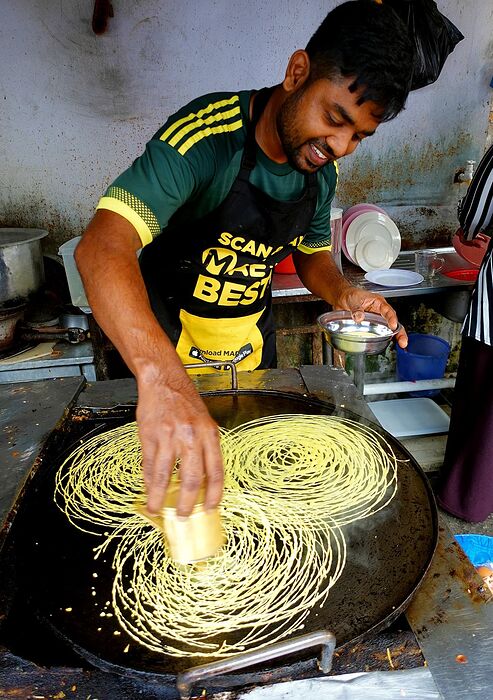 The very popular roadside eatery had its beginnings right after World War II. It’s currently run by the 3rd-generation roti canai/roti jala-man, Ali bin Shamsudin, who’d been doing it for the past 5 years. Ali had big shoes to fill as his uncle, Thaha bin Merican, was the one who built upon the business founded by his grandpa, and ran it for more than 30 years - hence the name of the stall. But Ali also happened to be the most skillful, yet self-effacing hawker one would ever encounter in downtown Penang. 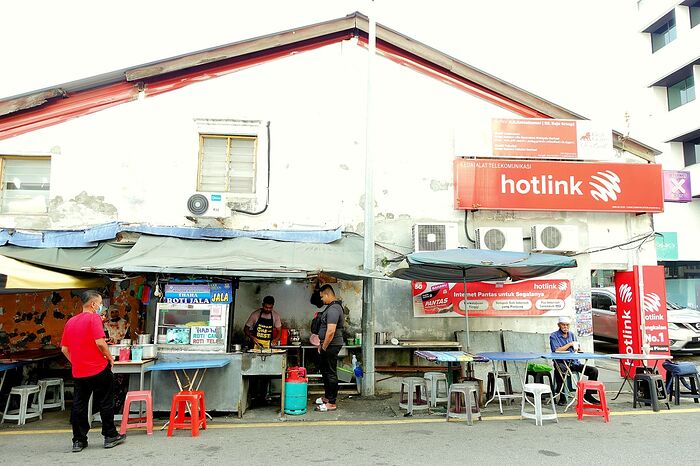 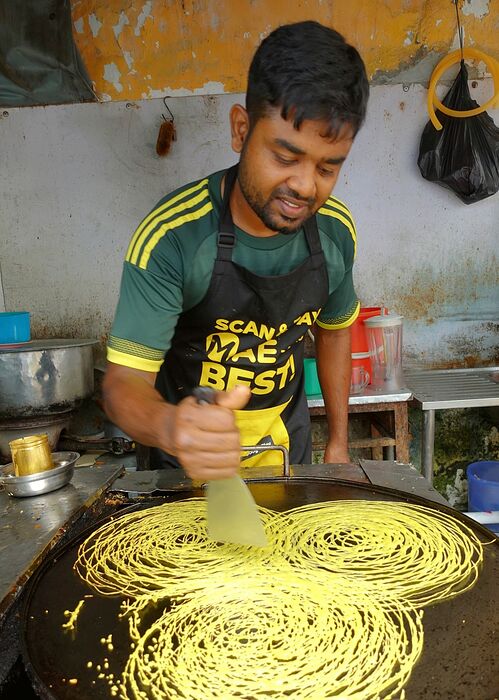 His roti jala was well-cooked and feathery light, the perfect foil for his tasty chicken curry, and even more memorable beef curry. 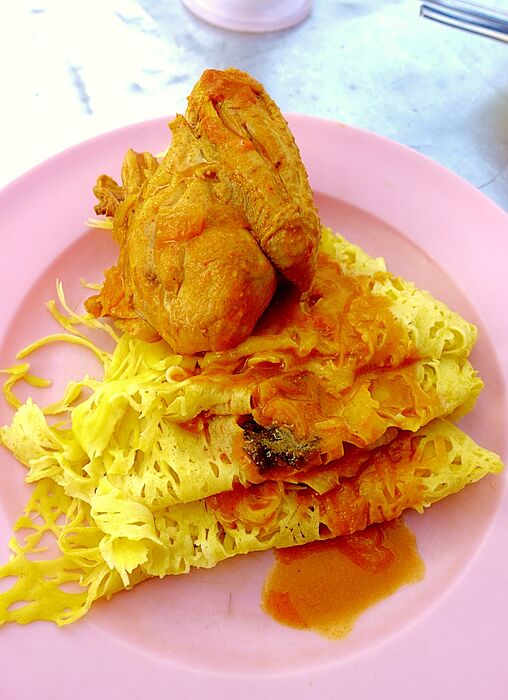 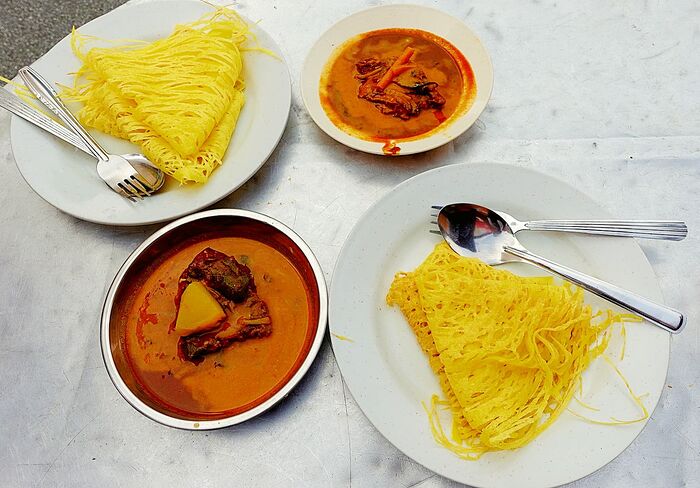 Do 𝙣𝙤𝙩 miss Ali’s beef curry, for you do it at your own peril - you’ll be missing the most delicious fork-tender beef and meltingly-soft aubergine, bathed in an aromatic, insanely-delicious curry sauce this side of Little India. 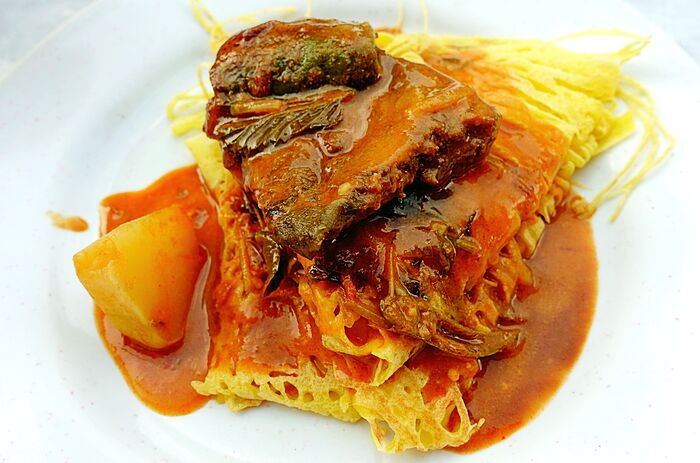 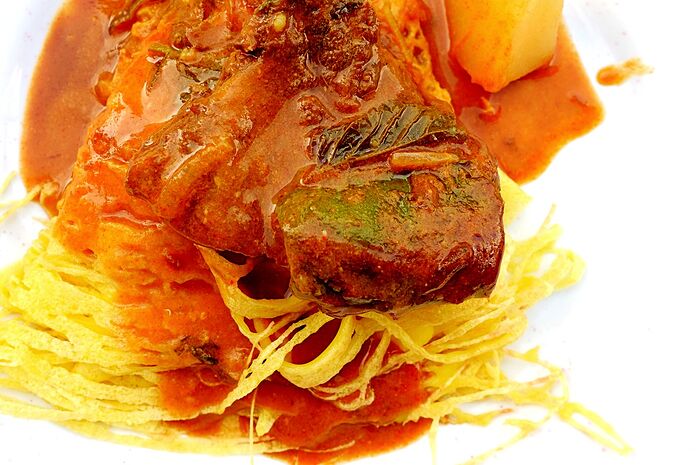 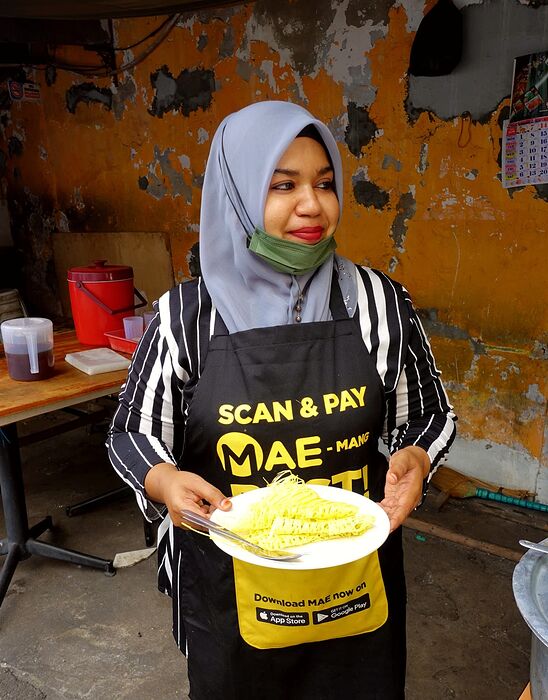 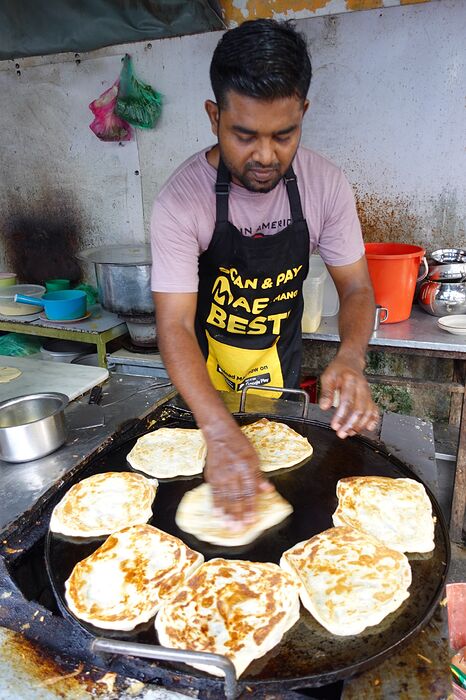 Fabulous food. It’s no fluke that the street-side stall has been operating here for the past 77 years. 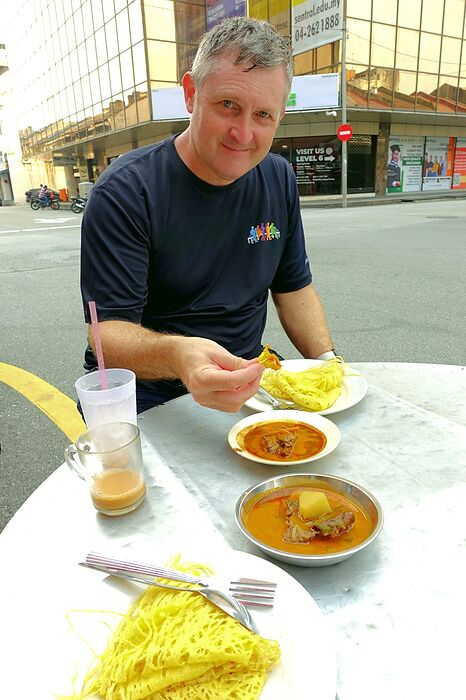 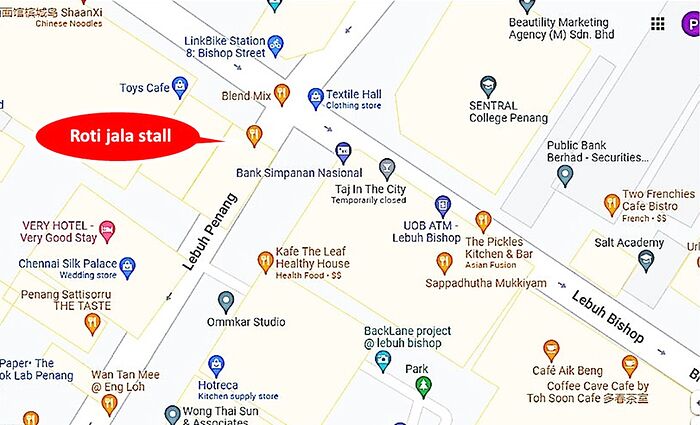 Thaha Roti Jala operates 6.30am till they sell out, just before noon. But their roti jala usually sells out much earlier, around 10am on weekdays, and 8.30am on Saturdays!

Roti jala and curry has to be in my top 10 breakfasts. It was one of the few times I ate well on Langkawi. Only had it with chicken curry. That beef curry looks delicious. Yet another one for the return to Penang list.

Yet another one for the return to Penang list.