Penang, despite having an overwhelming Hokkien/Fujianese-Chinese population, has a world-famous street food scene that is traditionally dominated by the Teochew-Chinese (潮州人), also known as Chiuchow people (in Cantonese), Chaozhou (Mandarin), and Taechiu (in Thailand). The Teochews are the dominant Chinese dialect group in Thailand, Vietnam, Cambodia and Laos, and is the second-largest Chinese dialect group behind the Hokkiens/Fujianese in Malaysia and Singapore.

Many of Penang’s famous hawker foods are of Teochew origin: char koay teow, koay teow th’ng, koay chiap, oh chien, char koay kak, orh koay, chye kueh, even the Penang asam laksa and curry mee were started by the Teochews. The Teochews favour koay teow - flat white rice noodles - which they use in most of their noodle dishes, whereas the Hokkiens have their yellow wheat noodles or Hokkien mee.

There is a famous Chinese saying in Malaysia when it comes to eating out - one should go for “Teochew koay teow, Hokkien mee and Hailam kopi”, i.e. the Teochews are good for their koay teow noodles, the Hokkiens for their yellow noodles, and the Hainanese for their coffee.

One of Penang’s best-known hawker food is the koay teow th’ng - flat rice noodles in a flavoursome broth, which can be pork-based, duck-based or chicken-based. Garnishes include pork, chicken or duck-meat, depending on which version that particular koay teow th’ng stall specializes in, bouncy Teochew-style fishballs, and a dollop of golden-fried garlic oil & crisp lardons. Pork-based koay teow th’ng vendors would often offer delicious patties of minced pork, pig’s intestines, pig liver, kidney and other offal, besides the obligatory fishballs. No pig’s blood cubes here - that item is strictly for Penang curry noodles, never for koay teow th’ng.

Duck-based koay teow th’ng vendors normally offer sliced duckmeat, duck-blood jelly, and fishballs - which was the standard offering at Penang Hill Koay Teow Th’ng, a very popular 34-year-old stall in Ayer Itam, located next to the World War II memorial near the busy traffic circus there. Penang Hill Koay Teow Th’ng is run by the Beh family, Teochews themselves like all other famous koay teow th’ng purveying clans in Penang. 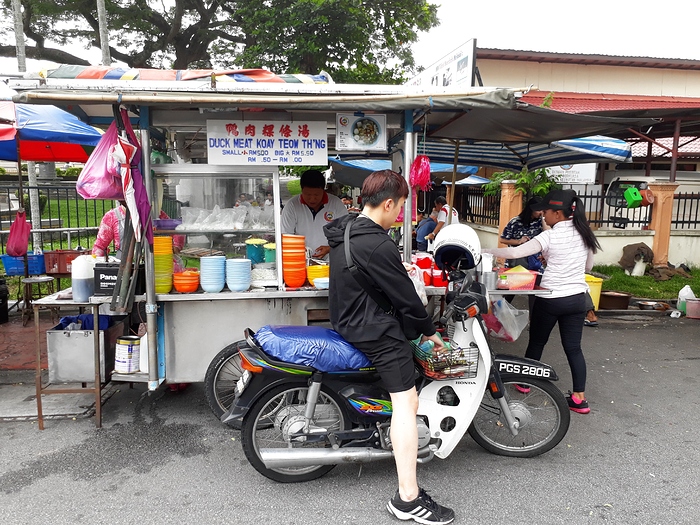 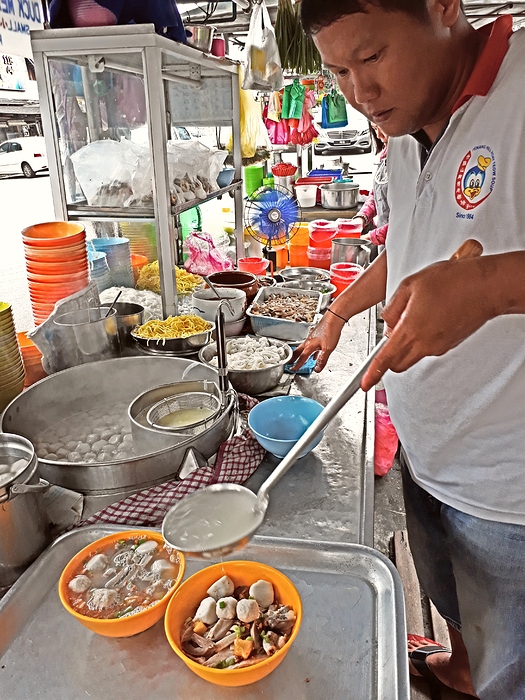 The rendition here is as piquant as any one is likely to find on the island. I’d lived in Kuala Lumpur the past 6 years, and had never been able to find anything there which closely approximates the ones which one can find virtually anywhere in Penang. 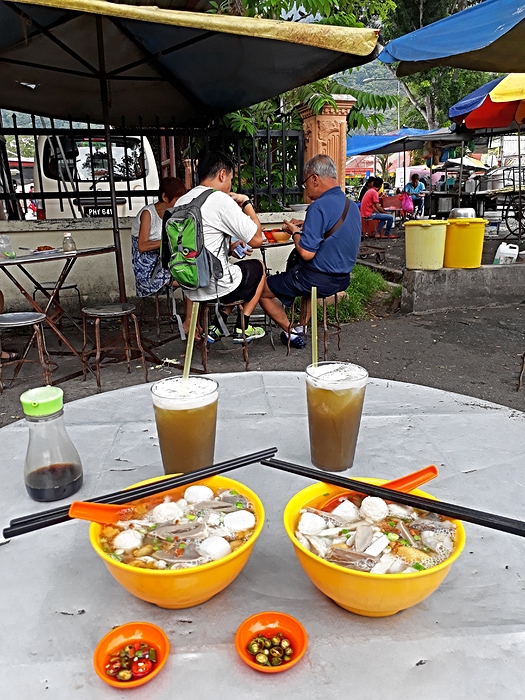 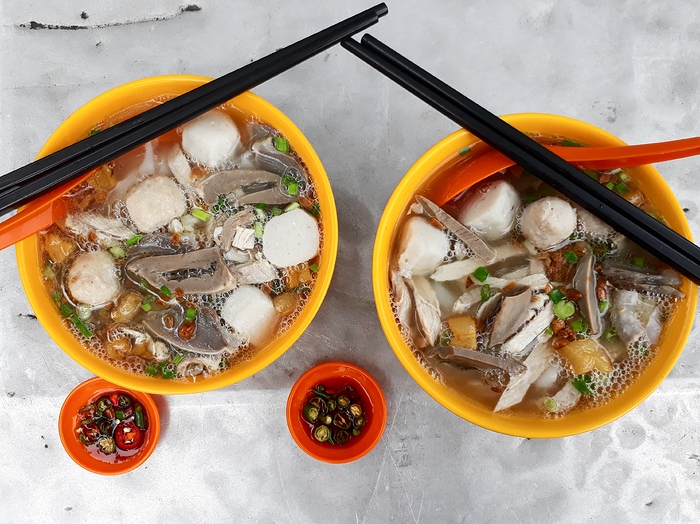 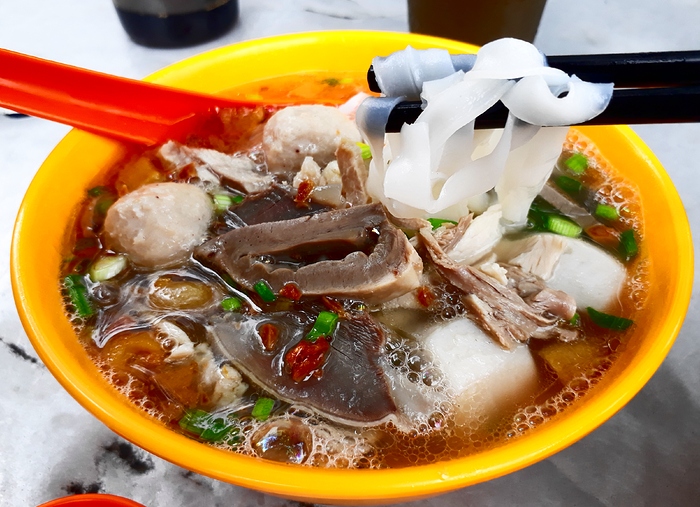 One can also order the “dry” version of the dish where, in lieu of the tasty broth, the koay teow noodles will be dressed in lard, light soysauce and other condiments. This rendition is a fairly “recent” innovation, gaining popularity about 10 years or so ago. 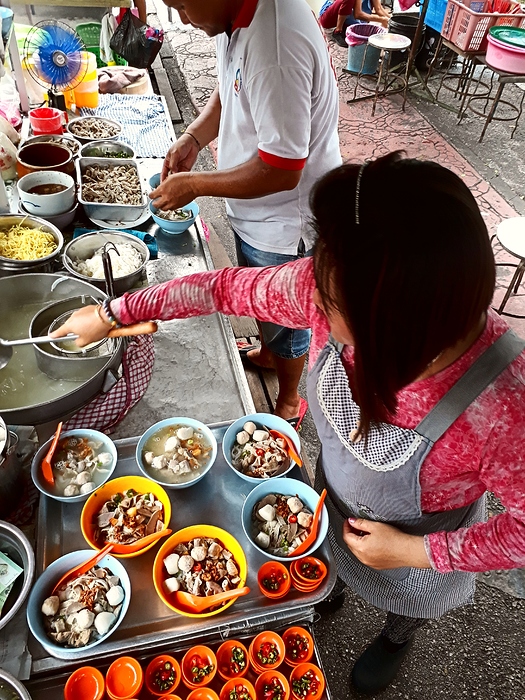 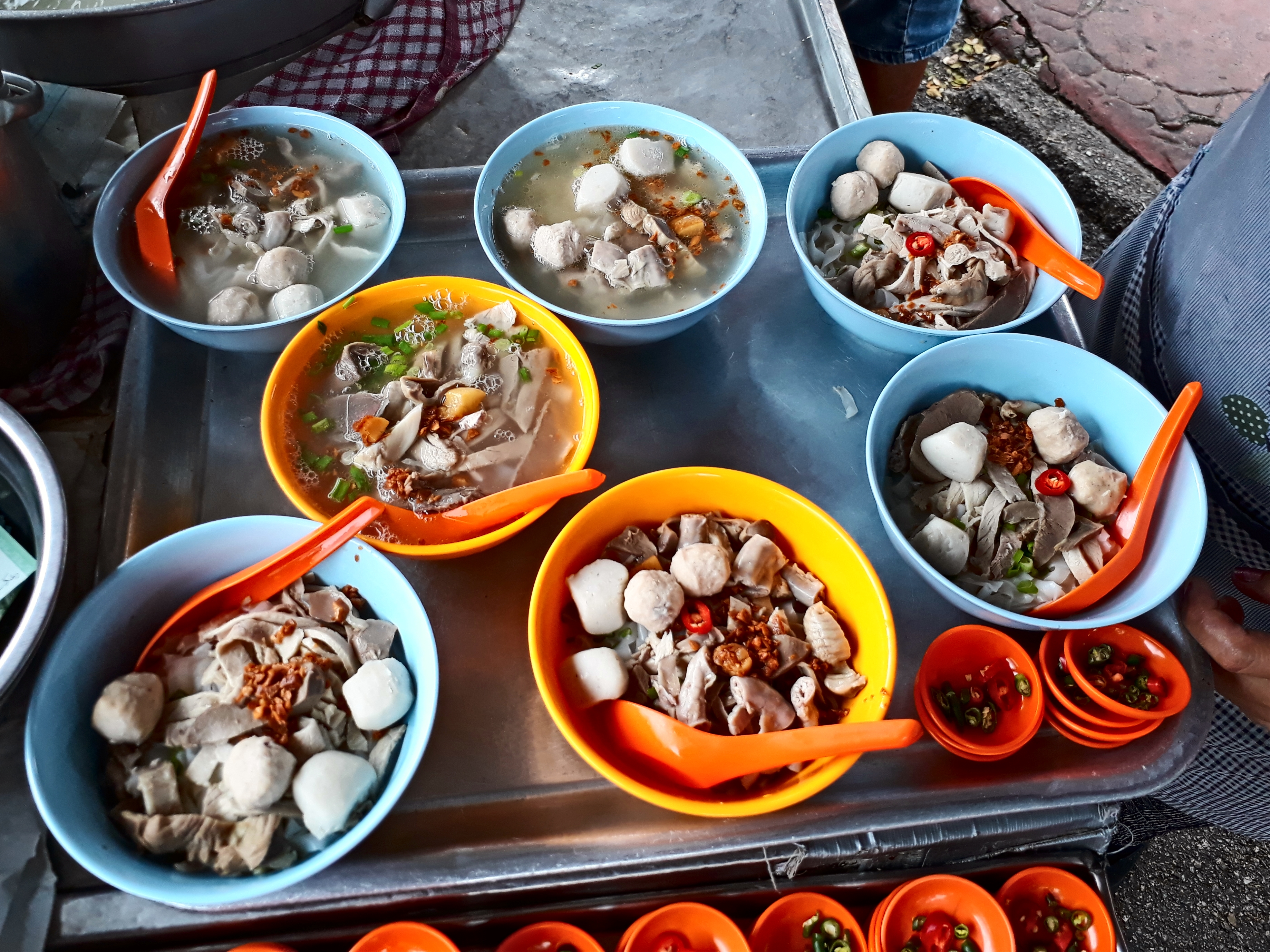 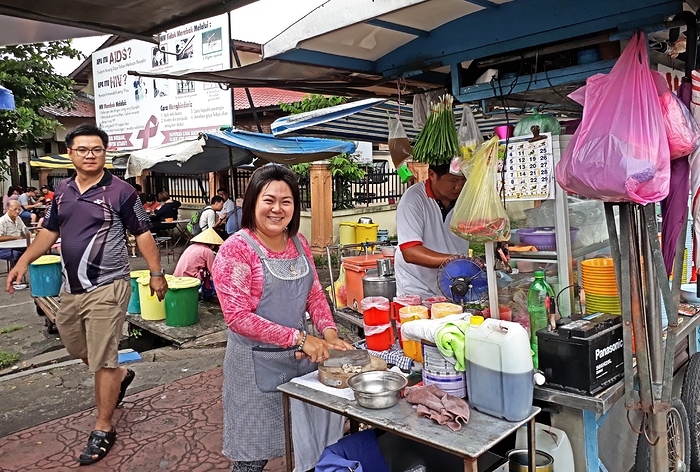 The stall only opens for lunch Wed to Sun. 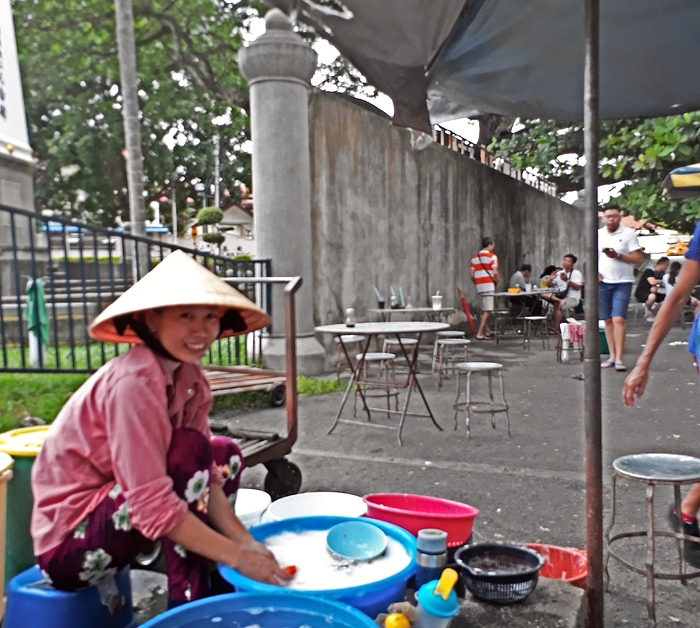