It just 𝗵𝗮𝘀 to be North Indian for dinner last Saturday after attending the launch of cookbook writer, Manju Saigal’s droolworthy cookbook, To Nourish With Love, so we traipsed over the GEM Indian restaurant on Bishop Street afterwards for our curry fix! 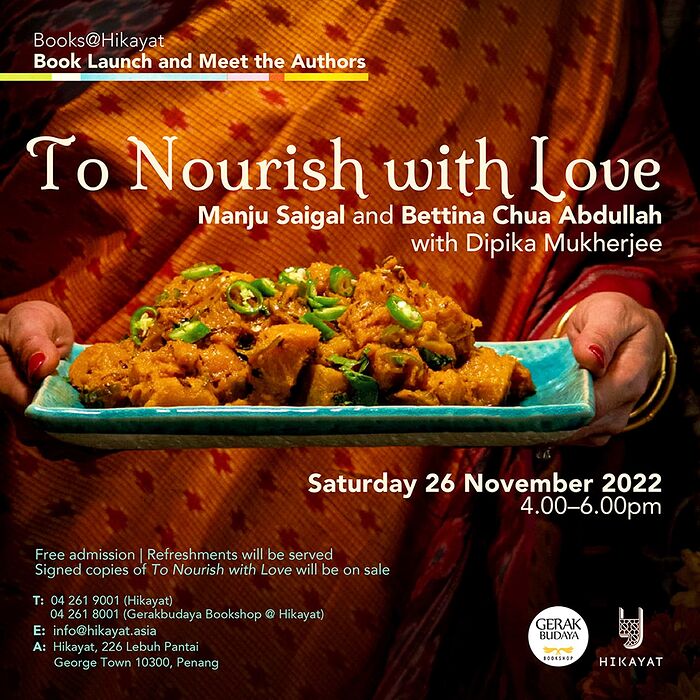 Our Sunday afternoon started with the much-awaited book launch by Kuala Lumpur-based Manju Saigal, known for her exquisite North Indian private dinners, and whom I last met when she was in Penang as a special guest chef at the Eastern & Oriental Hotel.

This time around, it was to launch her cookbook to eager Penang fans at Hikayat, the city’s premier indie bookstore. The meet-the-authors session was moderated by Dipika Mukherjee. 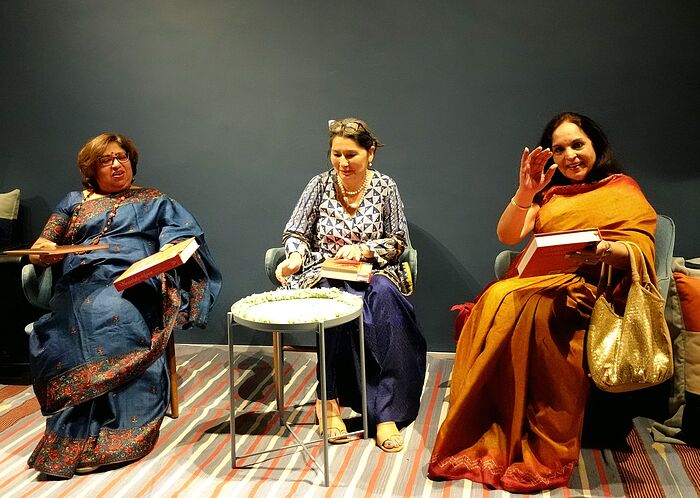 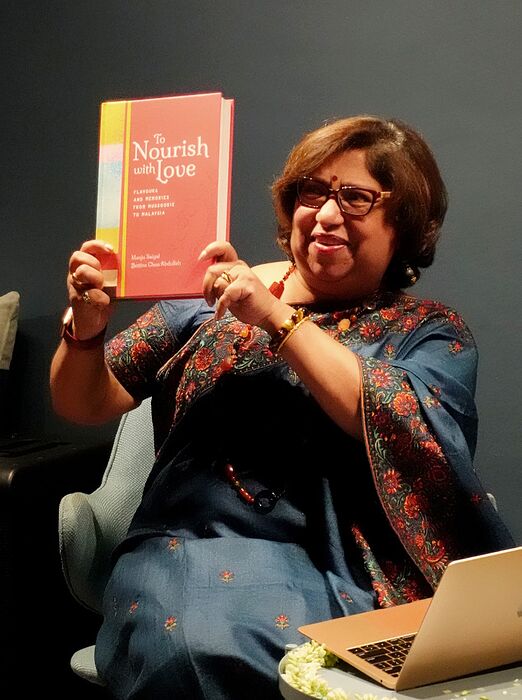 Manju even prepared some tasty morsels, samples from her cookbook for the after-launch tea reception. 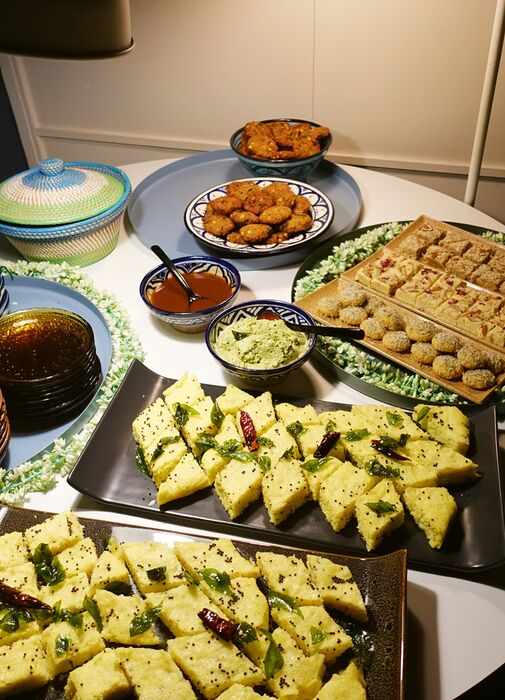 Dokla - the Gujerati steamed savoury cake which I absolutely adore ever since I had my first taste of it back in Delhi in 2004! 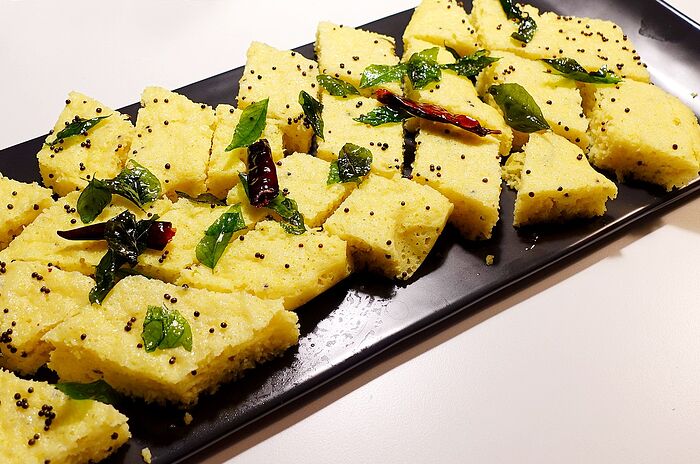 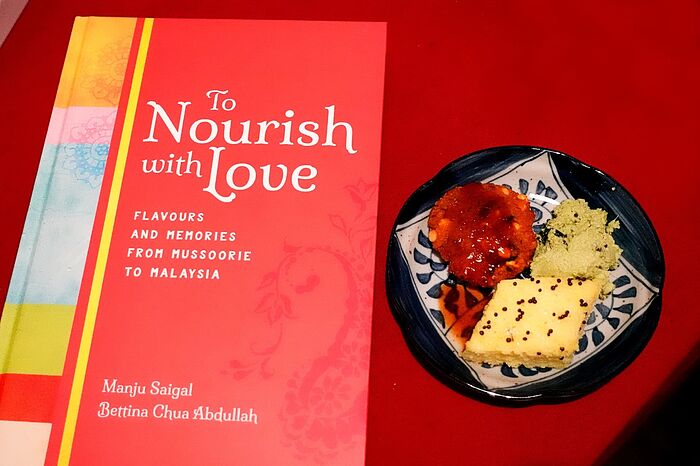 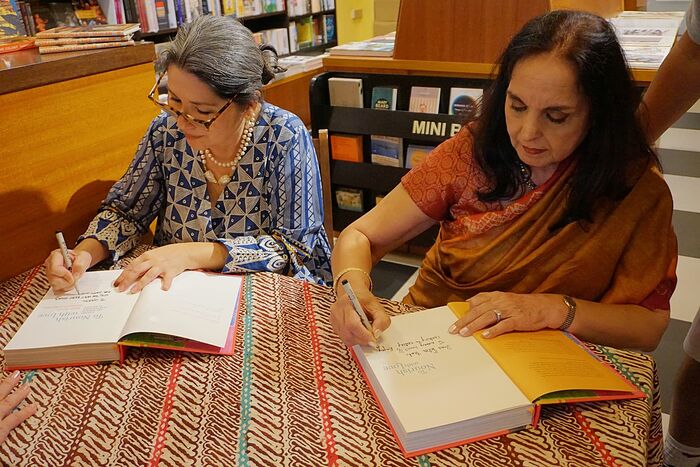 So, by the time the whole book-signing and food-and-wine reception ended at 5.30pm, we were all hankering for a North Indian dinner. Off we scrambled to Gem restaurant at Bishop Street, a 10-minute drive from where we were on Victoria Street. 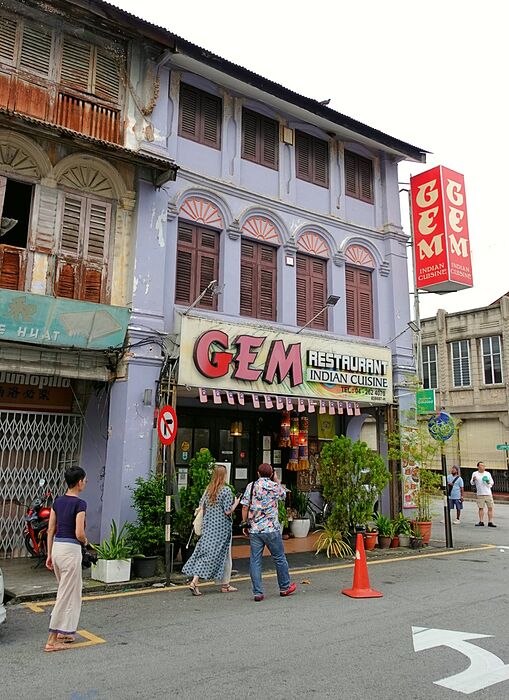 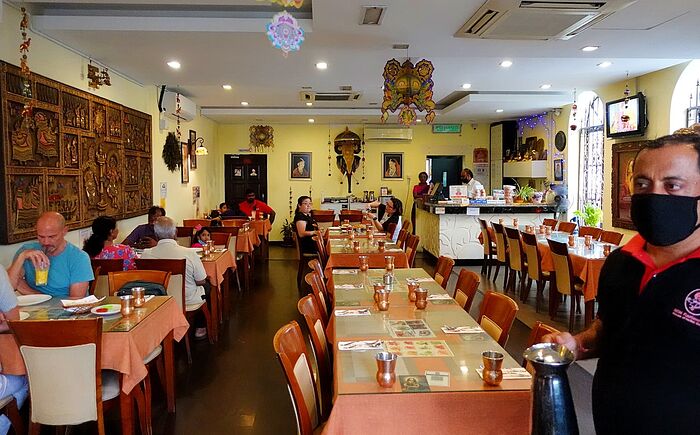 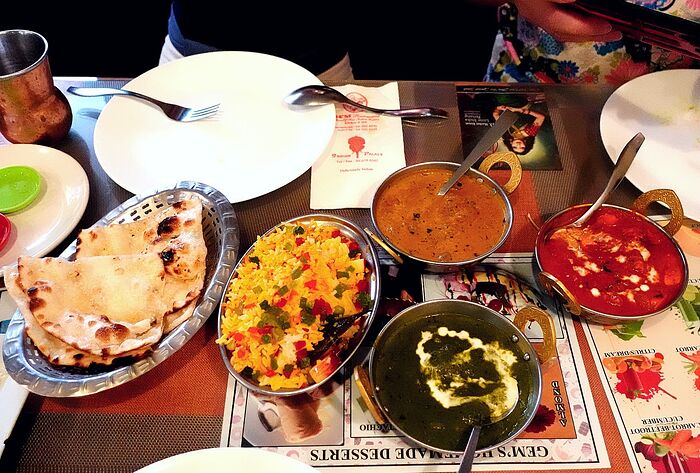 Samosas - these tasted much better than they looked. But, instead of making their own pastry skins, the restaurant resorted to store-bought ones which looked and tasted like spring roll skins. 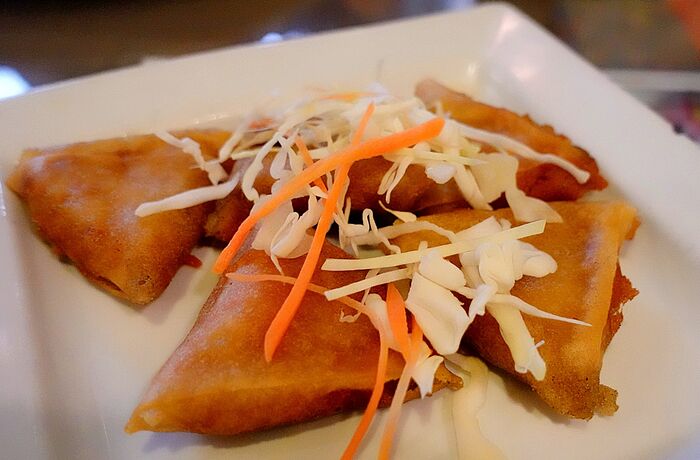 Palak paneer - one of the dishes where it’s hard to get wrong. The one here was pretty tasty, though the bright green hue of the gravy was a bit too stark. 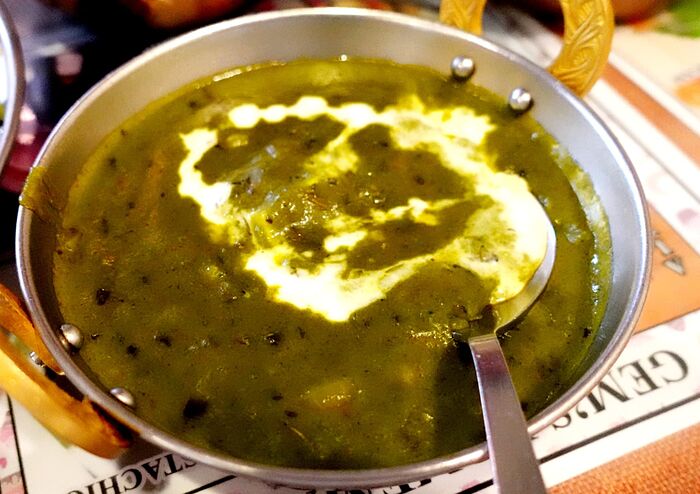 Butter chicken - another staple which every respectable North Indian restaurant should be able to execute well. The rendition here has the correct taste, even if the portion was a bit small. 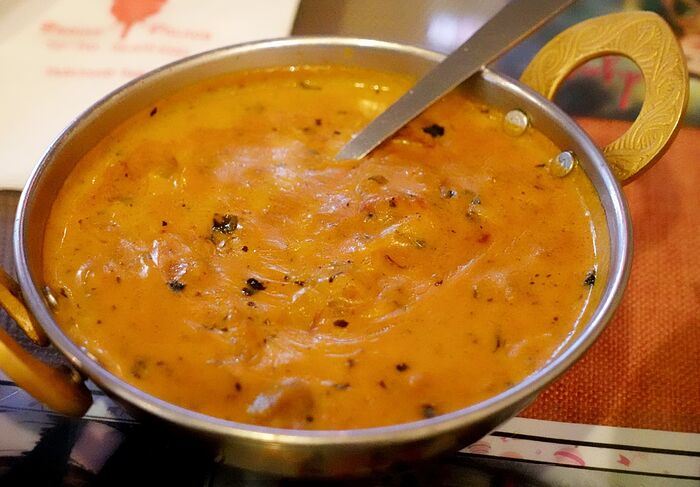 Mutton methi - very good. My fave dish for the evening. 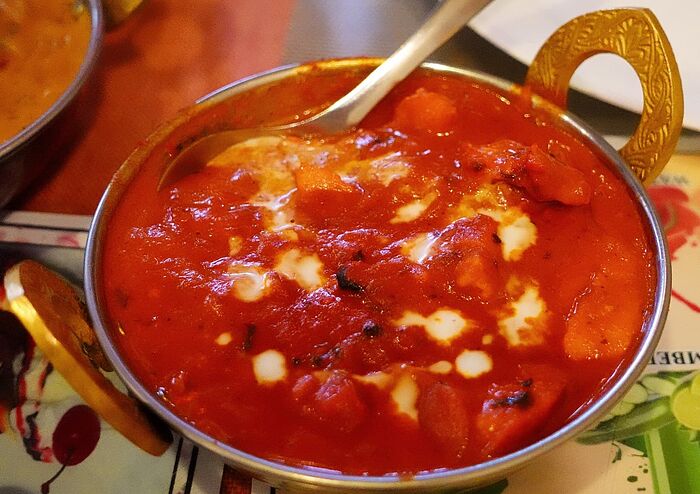 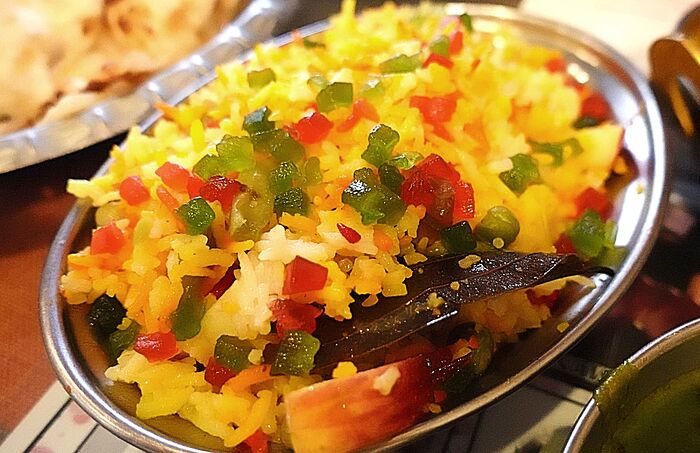 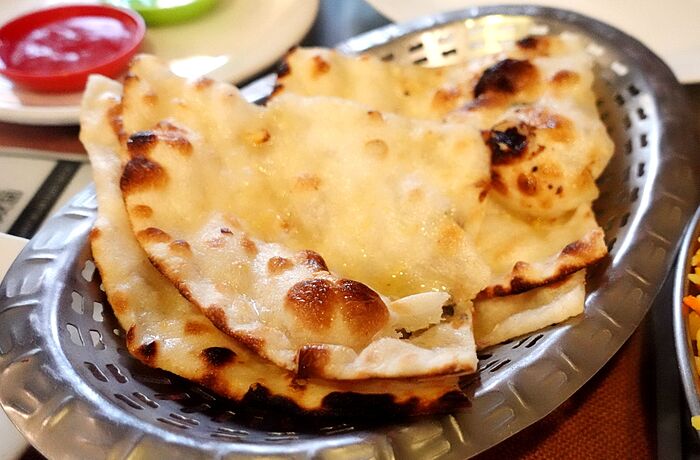 Not the best I’d had in Penang, which has always had a dearth of good North Indian/Mughlai options in a city dominated by Tamil regional cuisine when it comes to Indian food dining choices.

But, instead of making their own pastry skins, the restaurant resorted to store-bought ones which looked and tasted like spring roll skins.

This is actually a legit style of samosa, from Mumbai, used most often by parsis and iranis, but also some communities of muslims. I love this kind of wrapper, so crisp!

I was lucky to eat at a Kashmiri friend’s home a few weeks ago, and one of the special dishes cooked was a savory apple dish roasted with spices and aromatics.

First time I ever encountered it, but as Kashmir / Jammu / Himachal are the source of apples in India, made a lot of sense!

hue of the gravy

Even the spinach looked brighter than what I’d consider “natural”! 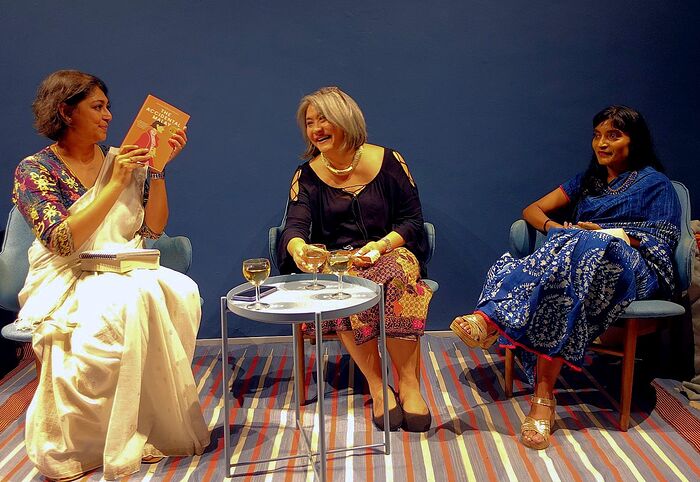 This time, however, we opted for a Cantonese dinner at Hing Kee next door, before the book talk session. 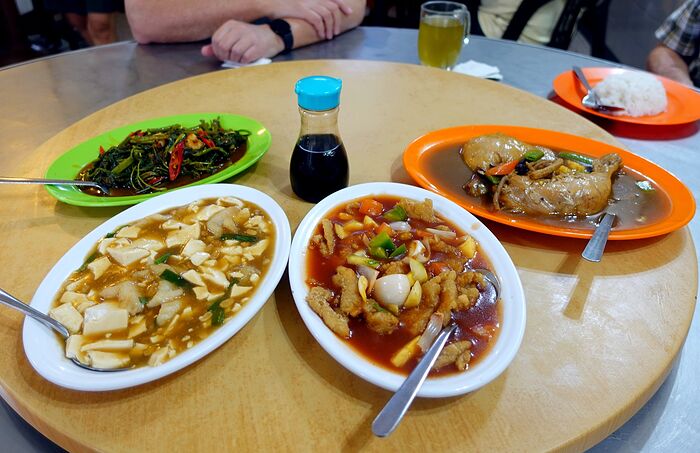 The sweet-sour fish was sheer perfection 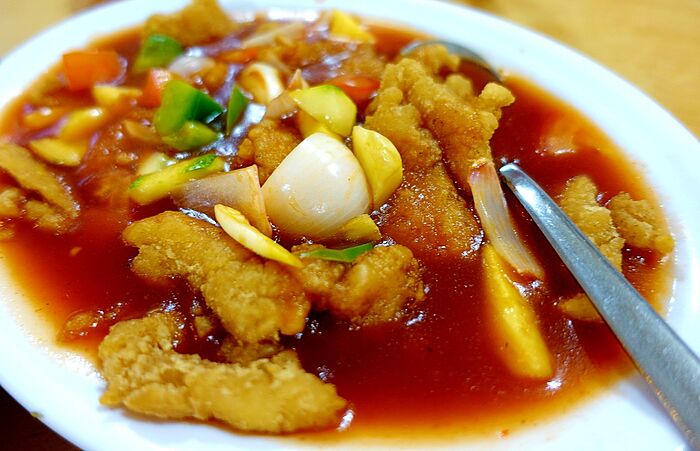 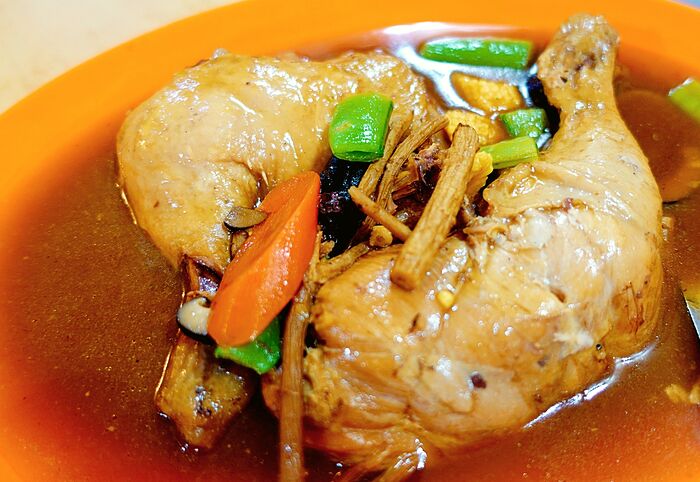 Sometimes, I wondered if Penangites are aware how they seamlessly blend Malay, Chinese, Indian and other cultures together in their food and lifestyle.

Both those Cantonese dishes you highlighted look to-die-for.

I’m not that fond of Northern Indian vs. Southern but I will take a tray of that Dokla and the Palak Paneer.

I’m not that fond of Northern Indian vs. Southern but I will take a tray of that Dokla and the Palak Paneer.

Thanks!
I love all regional Indian cuisines - but South Indian/Tamil was the one I was first introduced to when I was a toddler, and Singapore’s Little India is a virtual gold mine of good South Indian breakfast places for as long as I can remember.

I was already in my 20s by the time I became well-acquainted with North Indian food. Absolutely love Gujerati and Punjabi, and Bengali is still a personal favourite.