New Cathay on the corner of Kuching Lane and Burmah Road in bustling Pulau Tikus is one of the most popular breakfast spots for Penangites. This is my second trip here in a month, this time to sample more Penang hawker food breakfast options.

The breakfast crowd packs into New Cathay from 7.30am onwards and it gets busier as the morning wore on. There is a slight respite between 11am and 12 noon, after which the pace picks up again for the lunch-time crowd. In short, this is a VERY busy coffeeshop. It closes down right after lunch-time.

All looks very tasty as usual.
A couple of questions. Are the noodles in the Pan Mee (#2) typical of Penang pan mee? I’ve only had it in KL and the noodles were wide kway teow noodles.
Bit difficult to tell in the picture due to all the pork on top of the noodles. 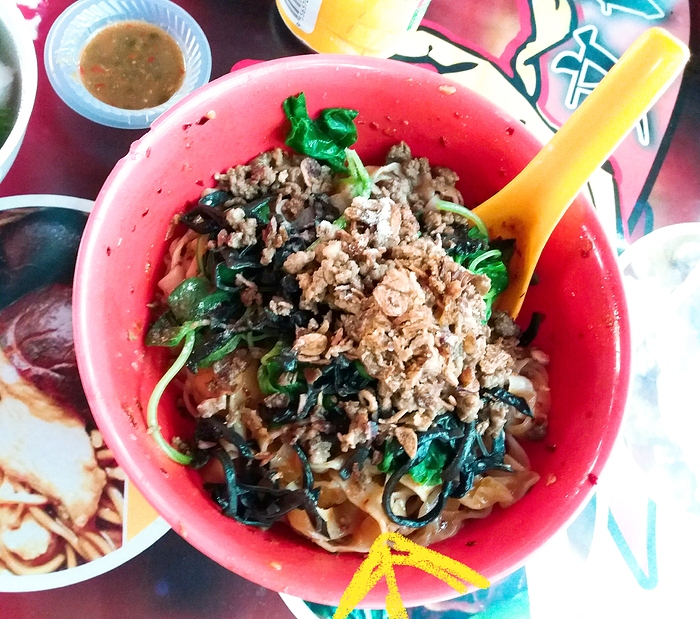 Also you mention HK style wantan mee. I like my wantan mee dry i.e the wantans and soup separate from the noodles and pork. I’m off to HK in February and from my initial research it seems the HK style is very much wet style as in everything all together in a soup. Is dry style particularly Malaysian or is it available in HK and perhaps elsewhere?

Pan mee comes in differing widths - depending upon the particular vendor. It is a popular dish with the Hokkiens (Fujianese) and I find these noodles to be quite common in Taiwan. Most often, the width of pan mee will closely approximate that of tagliatelle/fettuccine.

In Malaysia, most of the pan mee sellers I come across are Hakka. You can read more about this - it’s known as “banmian” in Mandarin. 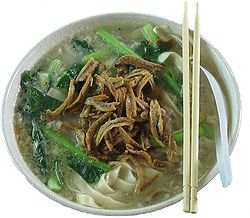 Banmian (板麵) is a popular Chinese noodle dish, consisting of handmade noodles served in soup. The name banmian (board/block noodle) came from the Hakka method of cutting the noodle into straight strands using a wooden block as ruler. In Hakka, some might call it Man-Foon-Char-Guo (麵粉茶粿) or Dao-Ma-Chet (刀嬤切). In Hokkien, it was called Mee-Hoon-Kueh (麵粉粿; lit. "wheat snack") but what can be found at hawker stalls is generally called banmian. The current style is a mix between the traditional meth...

HK does have the dry {“kon low”) version of wantan noodles - but they do not use dark or light soysauces for the seasoning there, but a light oyster sauce. HKers prefer wantan noodles in a light consomme-style soup which they take great lengths to perfecting.

Malaysians and Singaporeans prefer dry wantan noodles. Soup versions are also readily available but not so popular as not much effort is put into flavouring the soups in Malaysia/Singapore, unlike in HK.

The wantan noodles which you find in London’s Chinatown would be the HK version.