Mainland Chinese-owned Hong Xing No. 1 at Precinct 10 currently serves some of the best dim sum in Penang. 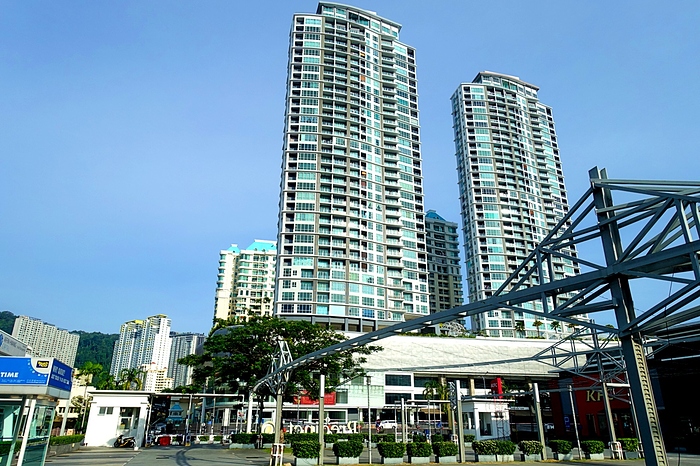 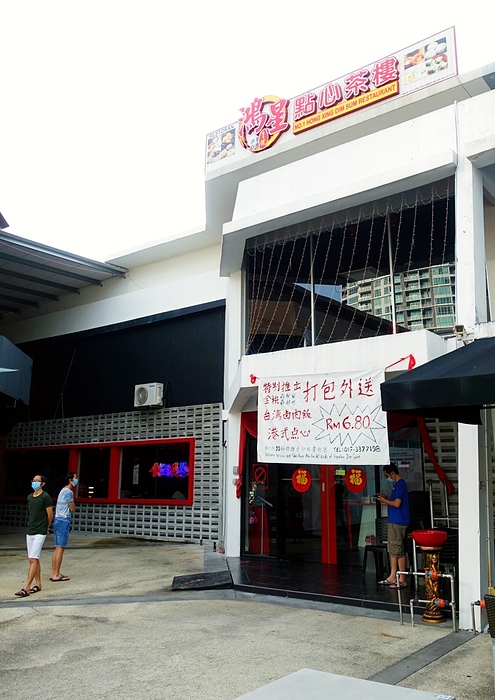 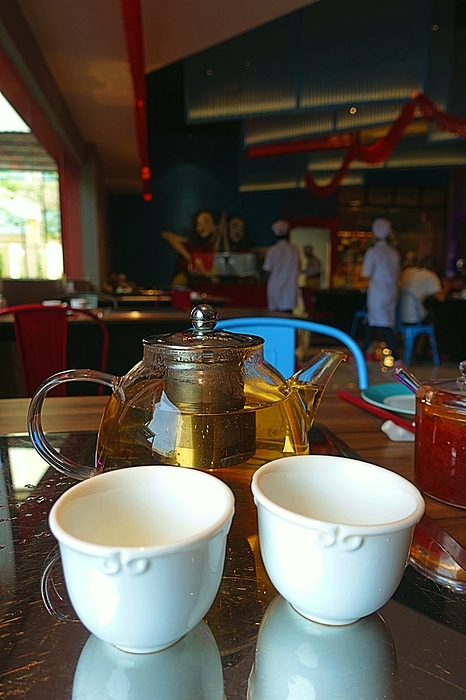 Its golf ball-sized dim sum packed some really terrific flavours, though they still needed to ensure some consistency in their repertoire: the siew mai, char siew pao and pei tan chok were very good. 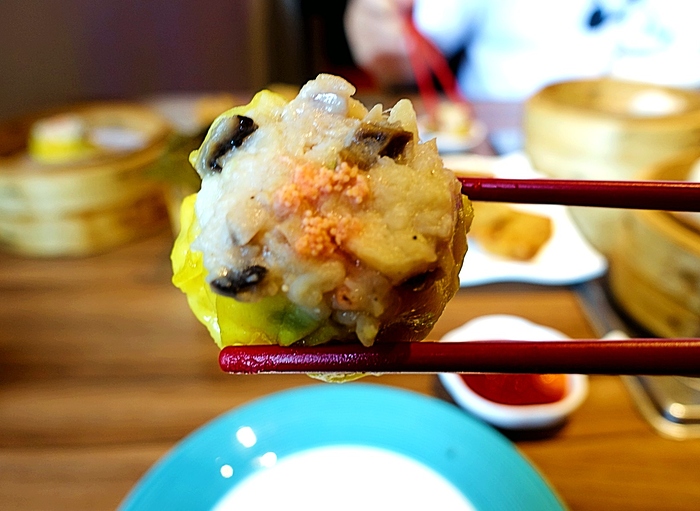 But the har kow’s skin was too thick, whereas the lor mai kai was too mushy and not really tasty enough.
4) Har kow - steamed shrimp dumplings. Tasty filling, but overly-thick skin. 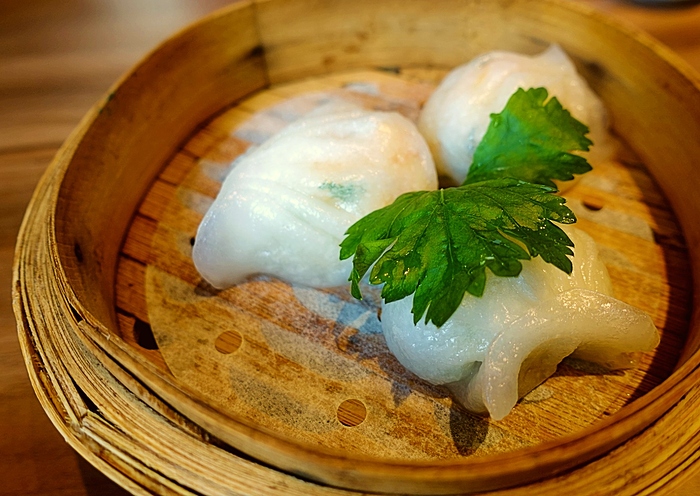 Overall, one of the best dim sum spots in Penang. 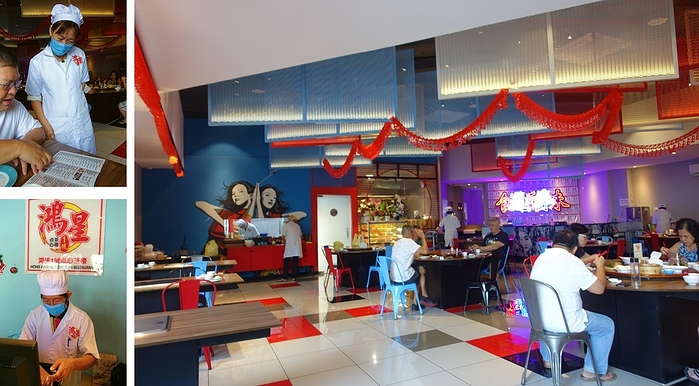 Har Kaw are one of the top items dim sum specialists are judged and measured by.

Going through photos of the har kaow I ate on last trip… I think Ling Heung’s were my favourite. But then, Ling Heung is a firm favourite of mine, for dim sum or typical home-style food.

The single item by which I judge a dim sum specialist. I stayed in Mong Kok and wanted to try dim sum places near my lodging, found a few on Open Rice site and did check them out. 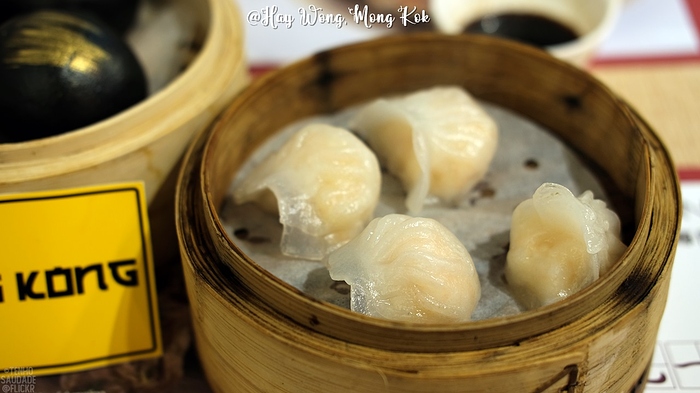 Maxim’s is extremely busy and extremely popular, wow. Price-performance ratio is not that good. Would go there once in a while to change it up maybe. 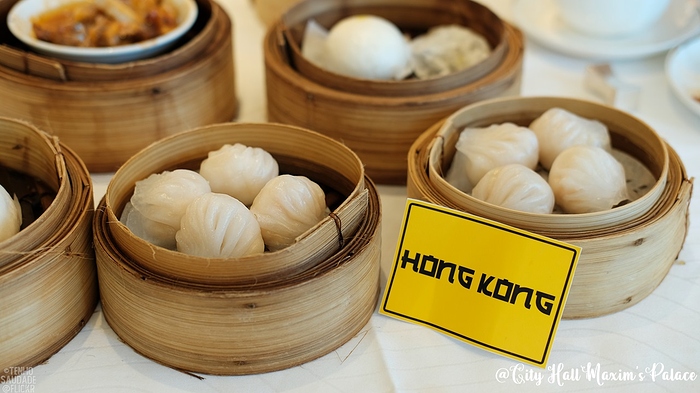 “Dim dim sum” is a small dim sum joint on the ground floor in the same building where my lodging is located. 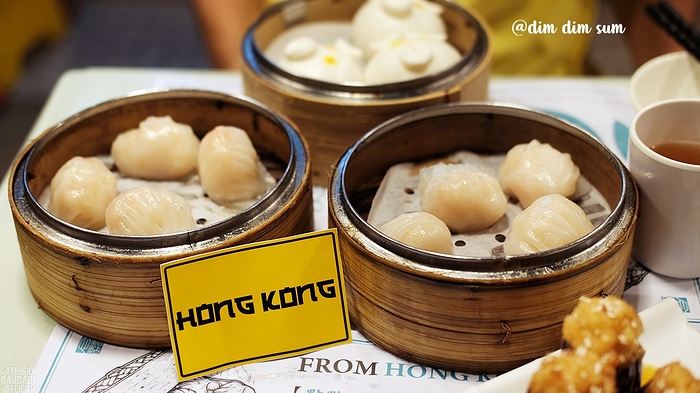 Tiny place full of pensioners and the elderly, only 2 blocks from my lodging. We shared a tiny table with 2 lone pensioners. So tiny I could barely able to make photos. I need to bring something wider than 35mm focal length for this kind of situation next time. 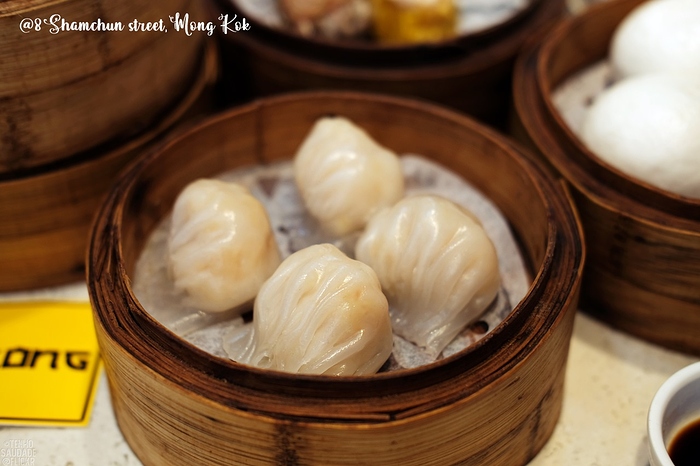 No idea what the restaurant is called but I think the name is on the receipt. It matches what’s printed in my note. Found it on Openrice. 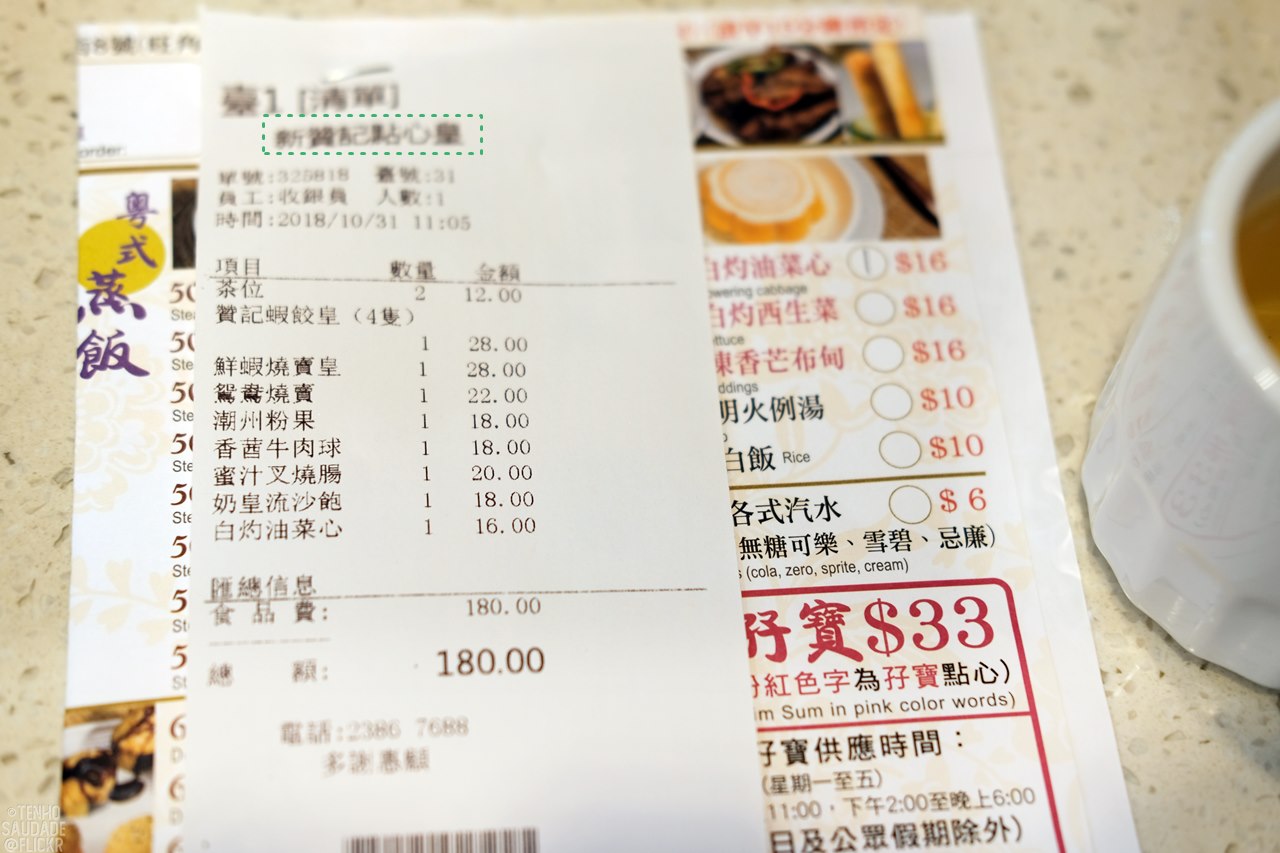 Ate dim sum at Ling Heung twice. The skin of their prawn parcels is the thinnest. 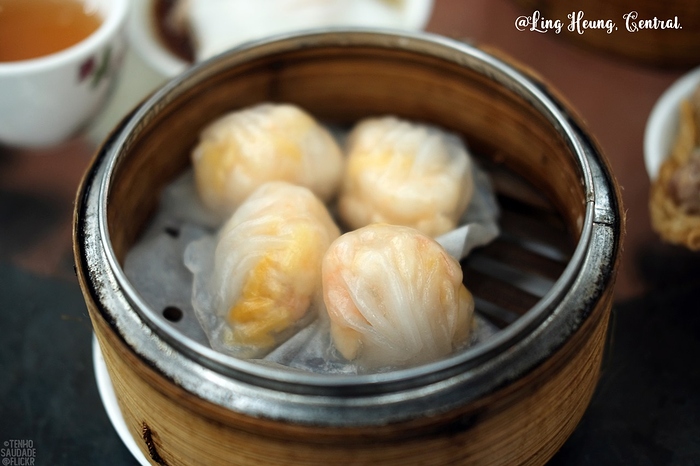 Oh, I miss it all so much. Here I was at HKG waiting for my flight to Kaohsiung on 30th of September 2018. 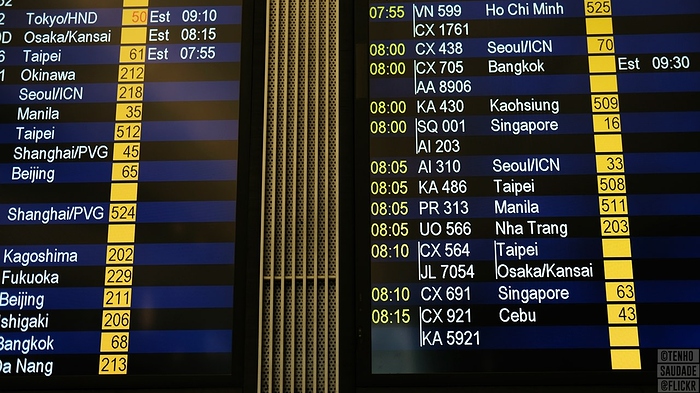 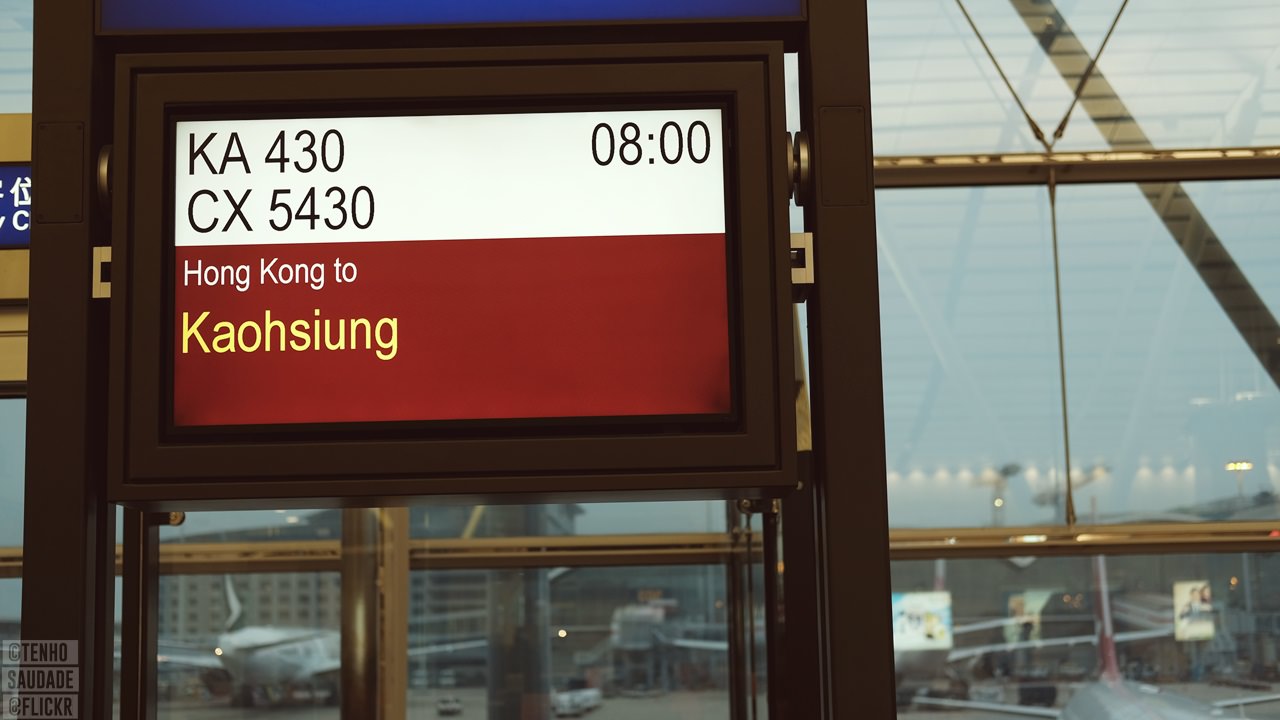 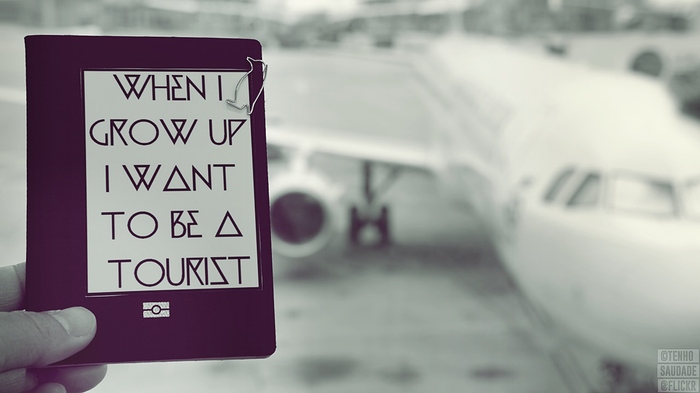 Going through photos of the har kaow I ate on last trip… I think Ling Heung’s were my favourite. But then, Ling Heung is a firm favourite of mine, for dim sum or typical home-style food.

Lin Heung’s my fave dim sum spot as well! Fell in love with the place during a business trip to Hong Kong back in 1991 when I was a cadet officer with Singapore Airlines. In those years, Singapore had nothing which came close to Lin Heung’s offerings in terms of taste. These days, with the proliferation of HK dim sum chefs working in Singapore, as well as Singapore chefs upping their game (many under the tutelage of HK master chefs), the standards between the 2 cities have narrowed significantly.

I tried to make har-kow at home during the lockdown period, but they turned out pretty awful. It’s really so hard to get the skin thin & translucent. Don’t laugh: 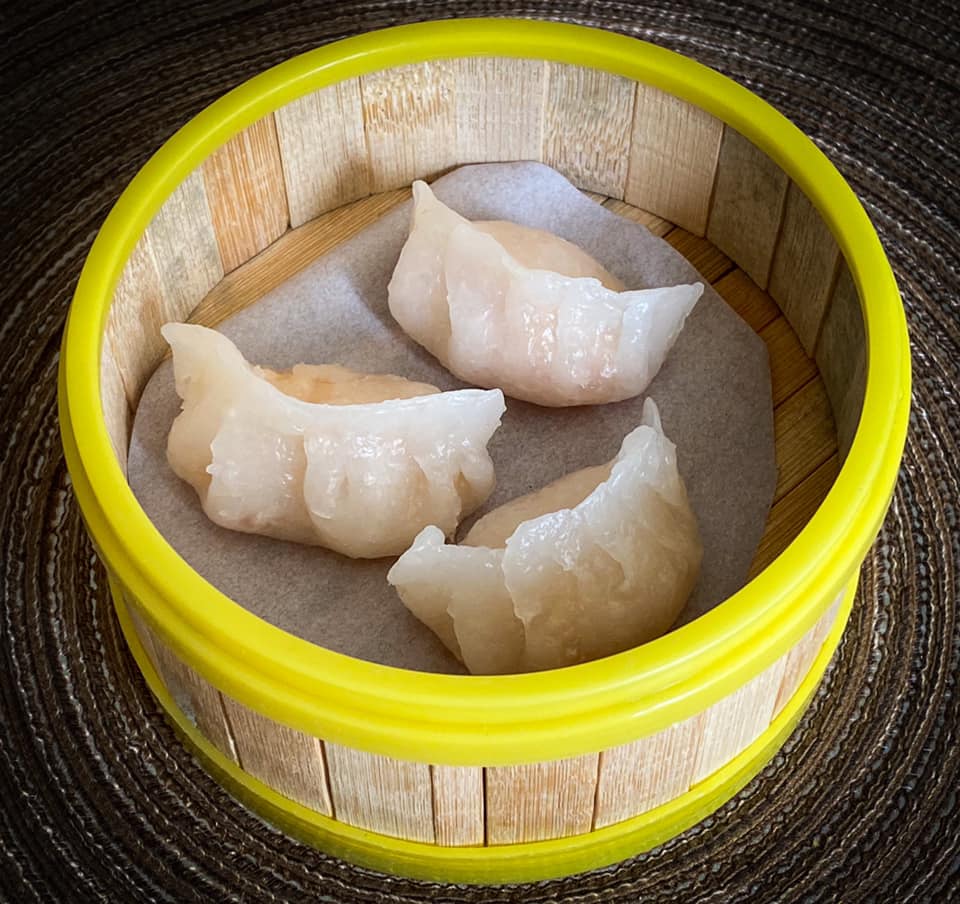 The skin is thick but it’s a difficult dough to work with. I’d give you a full mark for the effort. I couldn’t make it myself, can’t deal with the dough. Which I think is similar to Vietnamese “banh bot loc”. I did post a photo of my endeavour on another thread of yours. The skin was super thick

Back to Hong Xing No. 1 yesterday morning for dim sum breakfast after an eighteen month hiatus, and two lengthy COVID lockdowns. 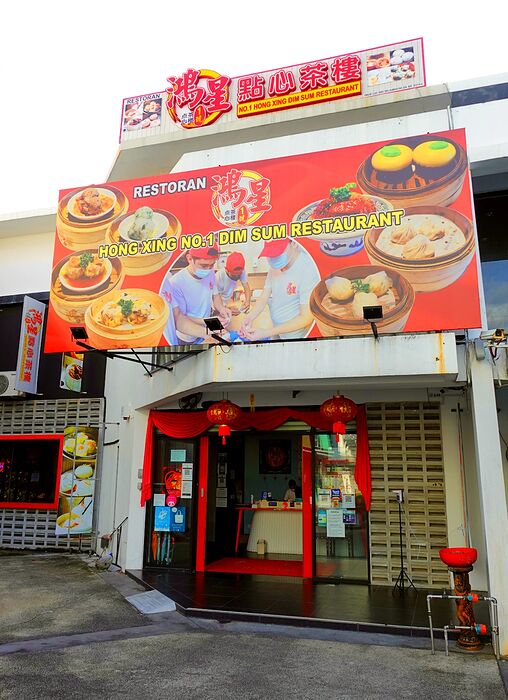 It was the Eighth Day of the Chinese Lunar New Year, and the eatery was doing pretty brisk business. 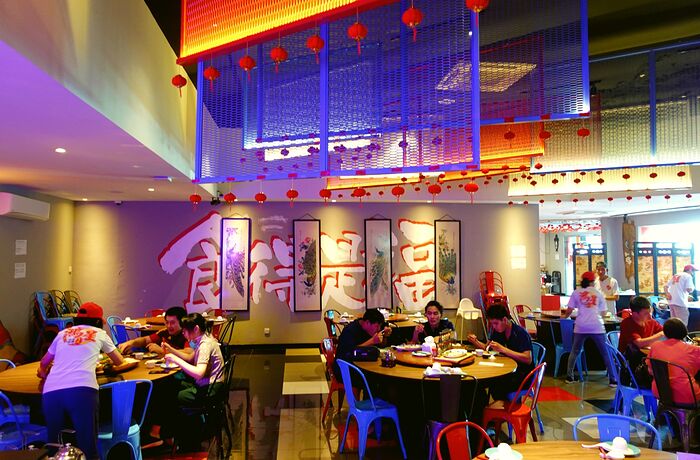 The same chefs must still be running the kitchen there, as the dim sum still looked and tasted pretty much the same as during our visit last year, and with the high standards maintained. Our dim sum order yesterday morning: 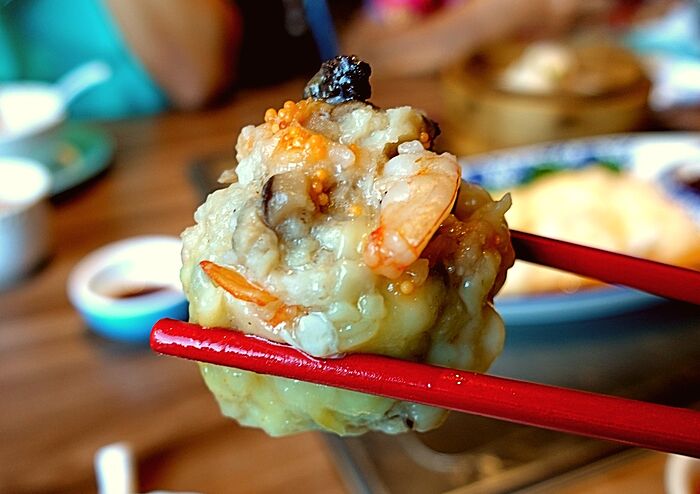 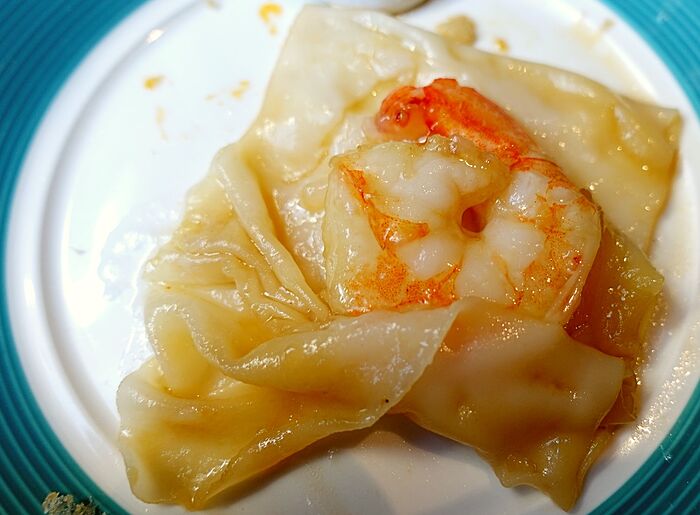 Overall, a good dim sum meal.
Cantonese dim sum has never been a forte in Penang, with its mainly Hokkien and Teochew culinary heritage, but this place does a pretty respectable job and is, IMO, the top-rated dim sum spot in George Town at the moment (Sea Queen at Straits Quay is a close No. 2).

Looks good. I’m not a fan of deep-fried foods either, but the har-kow, siew-mai, and cheung-fun look wonderful!

The dough was also not the fluffy, spongey Cantonese sort which I much preferred. These ones looked more “Northern Chinese”.

These type of bao seems to take over the more traditional springy bao that I preferred in Paris Chinese eateries. It is true that they are better looking, but now marketed as an improvement, is something I contest.

These type of bao seems to take over the more traditional springy bao that I preferred in Paris Chinese eateries.

I think it’s inevitable, as the Mainland Chinese massively outnumber the Cantonese/HongKongers as they move in to take over the Chinese food industry around the world.

For close to 40 years, I used to buy baked goods at the Kowloon Bakery in London-Chinatown. The owners were Toishan-Cantonese, émigrés from British Hong Kong in the old days. Although I’d speak in Mandarin, Hokkien or Teochew back home in Singapore, I’d switch to order in Cantonese whenever I’m at Kowloon Bakery during my London visits.

The last trip I was there, all the staff were young Mainland Chinese, and they burst out laughing when I spoke Cantonese to them! So, I switched to Mandarin. A look around London Chinatown will show that Cantonese eateries are disappearing, replaced by Northern Chinese/Beijing ones. Back in the 90s, xiao long bao and la mian were alien to us - nowadays, they seemed to be de rigeur everywhere.

A look around London Chinatown will show that Cantonese eateries are disappearing, replaced by Northern Chinese/Beijing ones.

There is a big chance that there will be more Hong Kong Cantonese style food back in UK. Last year, more than 100 000 people from Hong Kong arrived, and probably more this year. They choose to live in Manchester, and smaller cities around London like Reading and Kingston.

For baos, there is no match for the fluffier softer ones, I feel the dense ones are hard and doesn’t match well with the inside ingredients. One I haven’t seen in a long time is Da Bao (大包) or big steamed bun. I always look forward for the quail egg! I think last time I had it was in Vietnam, in Phu Quoc. Somebody was selling in a desert dusty highway, I bought 2, they were huge and such a delice as one didn’t expect much from a place like this. 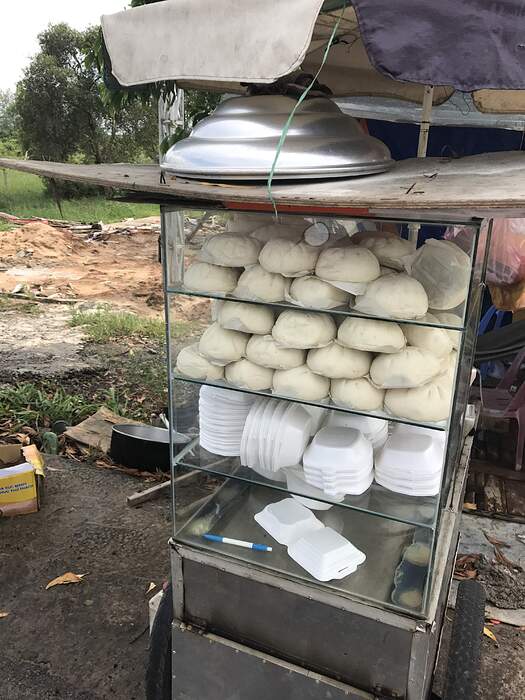 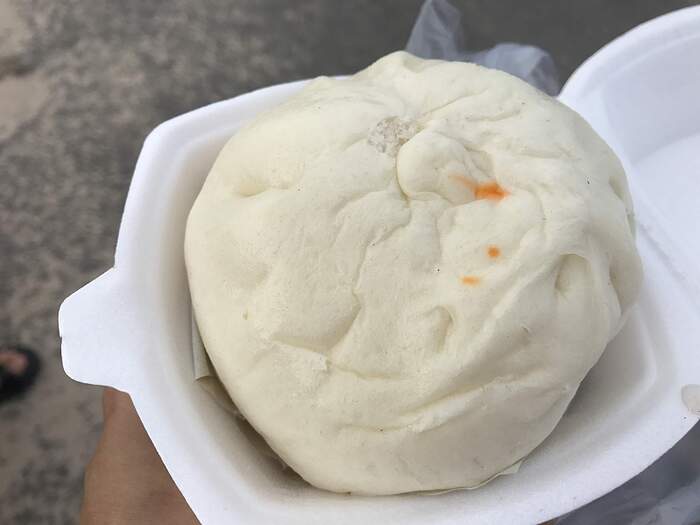 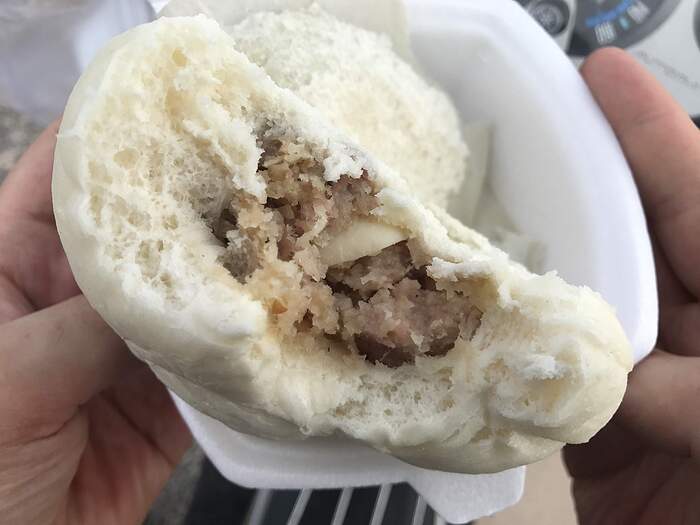 One I haven’t seen in a long time is Da Bao (大包) or big steamed bun. I always look forward for the quail egg!

I love dai bao in a big way! We do get them everywhere here in Penang (and also Kuala Lumpur, Ipoh and most major towns in Malaysia), but lesser so in Singapore. However, instead of a quail’s egg, a wedge of hard-boiled hen’s egg is used here instead.

There’s one place in Penang (1.5 hours’ drive from my apartment) which sells an amazing dai bao, where the chicken pieces were marinated with Shaoxing wine and ginger juice. There is also a crunch from jicama pieces in there. I need to make a trip there again one day - it only opens from 3pm on weekdays, and sells out in a flash (no pre-orders entertained)