Khok Keng Chiung had first came to Penang in 1946 to escape the post-WW II ravages of his Guangdong homeland, and a simmering Chinese Civil War between Mao Tse-Tung’s Communists and Generalissimo Chiang Kai-Shek’s Kuomintang, to build a new life in British Malaya.

He started off working in a Cantonese teahouse on “Swatow Kay” (present-day Kimberley Street), a Teochew enclave but where Cantonese eateries also proliferate.

When the teahouse closed down, Cantonese-speaking Khok Keng Chiung opened his own steamed “pao” shop on Sia Boey, where he often had to tolerate abuse from the Hokkiens there, as he could not speak their dialect. In time, he picked up enough to get by, whilst his children, born here, had no problem fitting in. 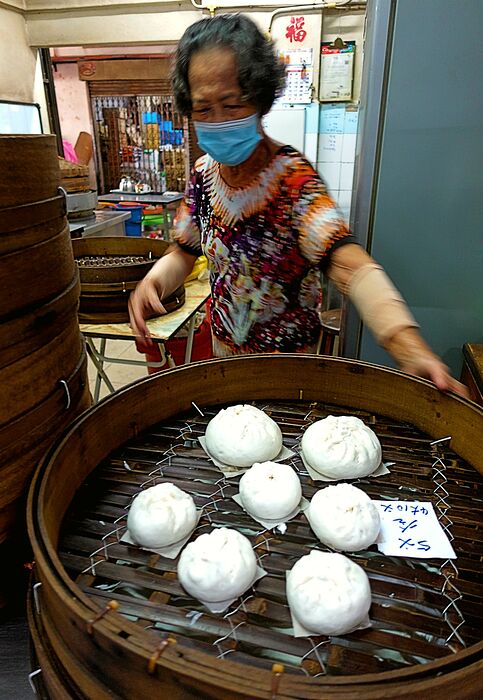 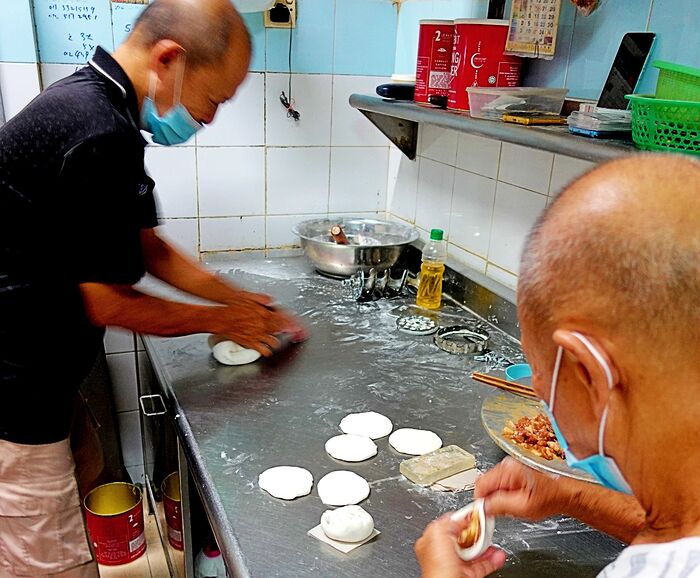 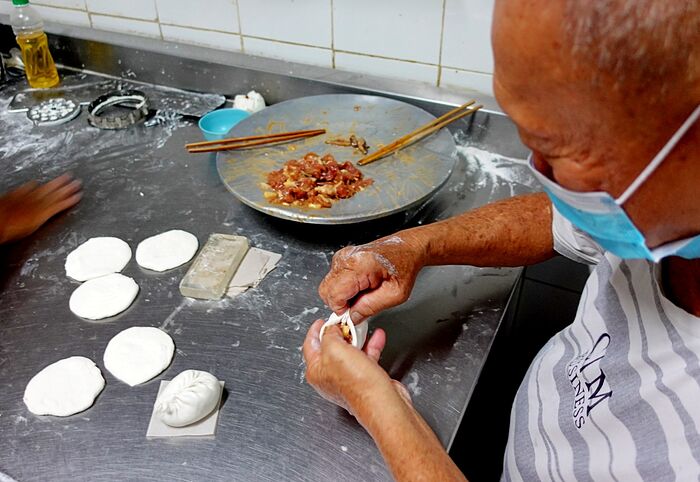 The three siblings still bantered with each other in Cantonese, but switched to Hokkien when conversing with us. Madam Khok started helping her father at the age of 8, so she’s been making “paos” for 68 years! It really showed, as their “paos” were perfectly-folded, with uniform little pleats effortlessly produced in each beautifully formed orb of deliciousness. 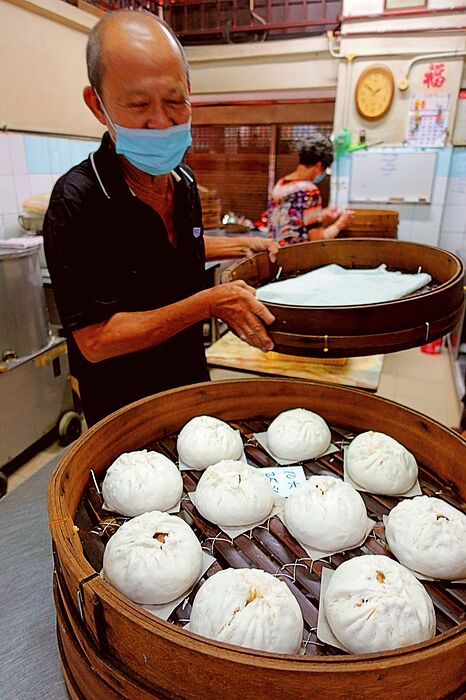 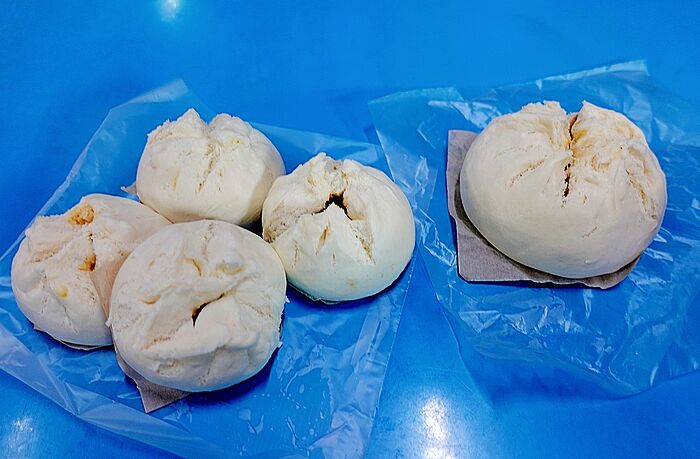 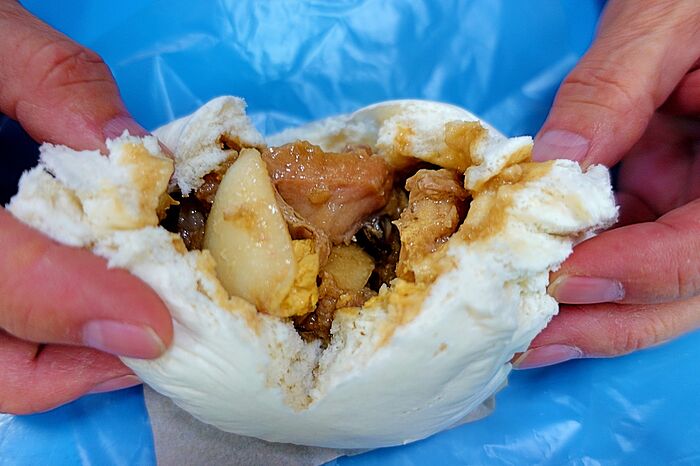 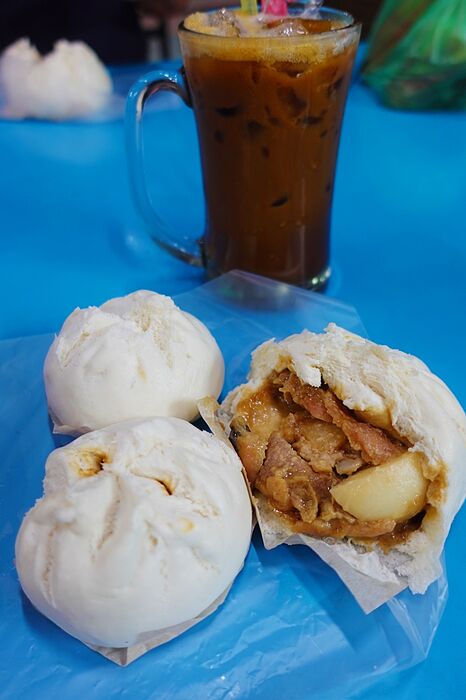 The siblings, who are collectively 214 years in age, are no longer producing as many “paos” as they do in their younger days. Now, they only make enough for pre-orders: call Madam Khok at 016-4680727 to book at least a day ahead. Yik Keng pao (一景包) stall is located in the food centre of Kompleks Pulau Mutiara on Gat Lebuh Macallum, where the wholesale market shops are. 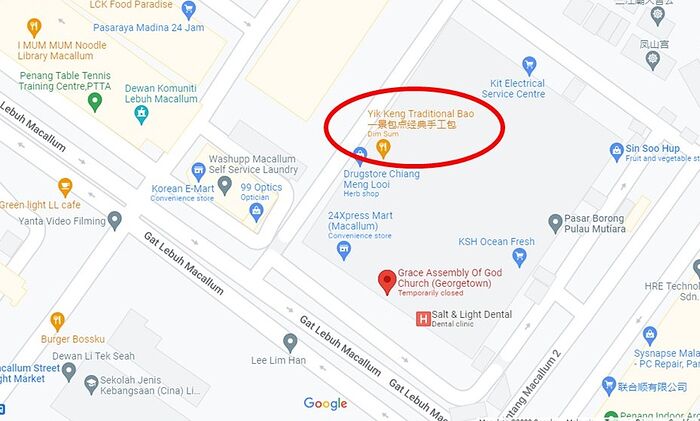 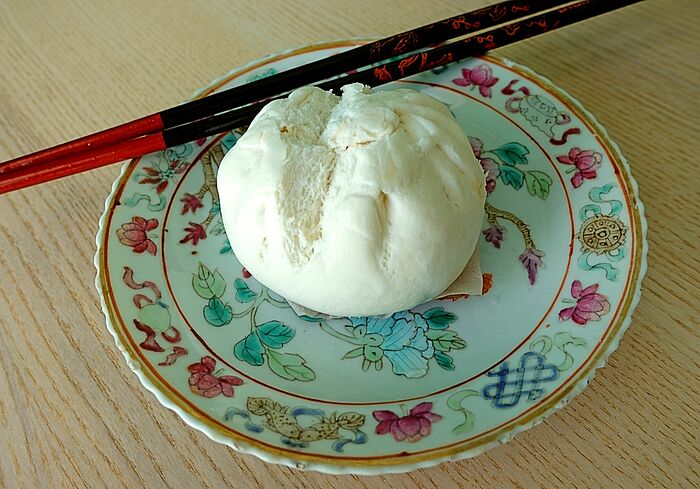 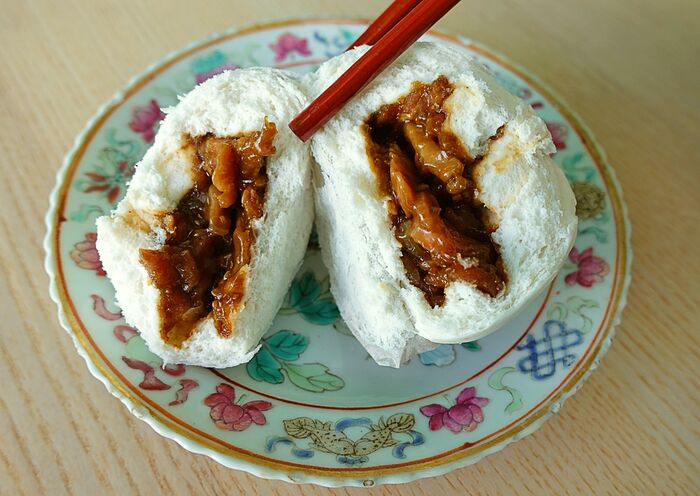 I love char sui bao. And those look a fantastic version