Dinner last night was a Thai affair at Muntri Grove, a really spiffy boutique hotel located in a 19th-century mews off Muntri Street.

The special Thai food promotion only runs over 3 weeks, and required advance booking on our part to ensure a table, as they could only host 12 diners per evening due to the on-going COVID SOPs required by law.

Some chilled Chardonnay as we await the start of the evening’s program. 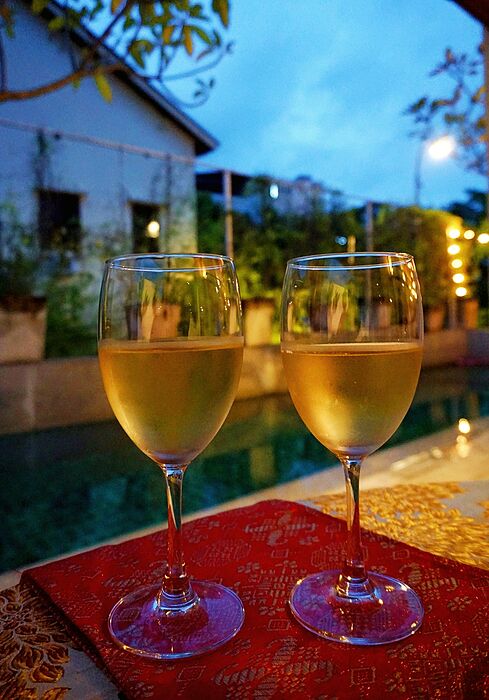 It was a rather fun evening - the hotel owner pulled off an admirable effort, even organizing a mini-Loy Krathong Thai festival (one monthly early!) for us diners, taking advantage of the pool-side of the dinner venue. 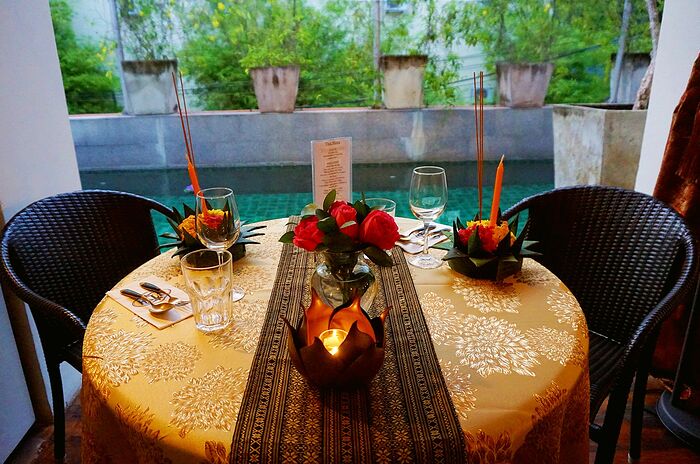 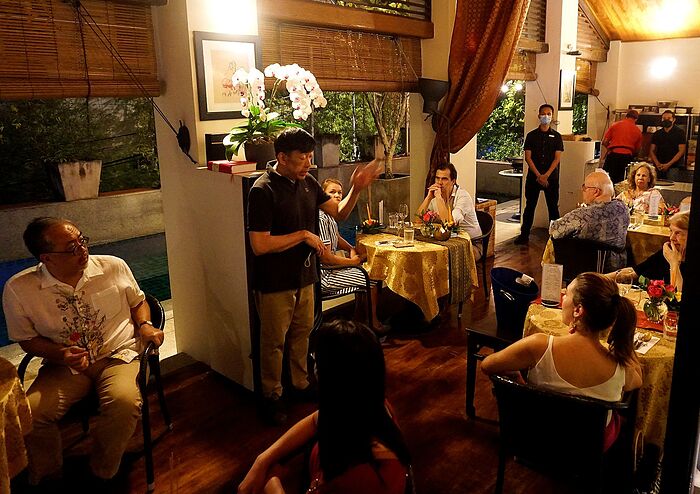 “Loy” means “to float” in Thai, and “krathong” refers to a buoyant flower/candle offering, to be floated on a body of water as an offering to the Hindu water goddess, Ganga. The “krathong” usually consists of elaborately-folded banana leaves, three incense sticks, and a candle, festooned with flowers. 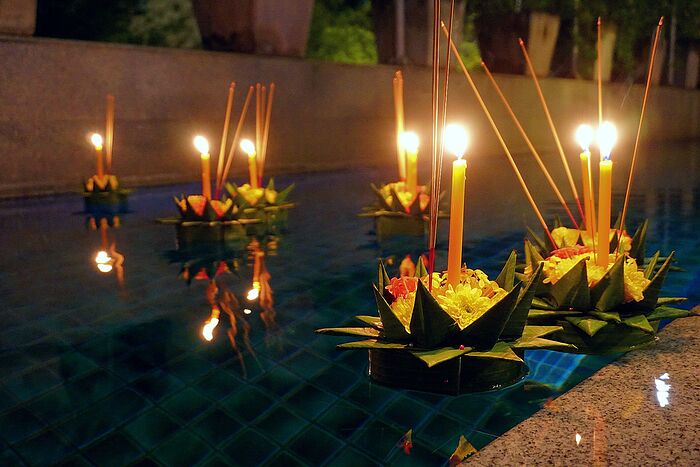 Offering the “krathong” is also regarded as a means of cleansing one’s soul and wash away ill-luck, all as part of the process of self-renewal. 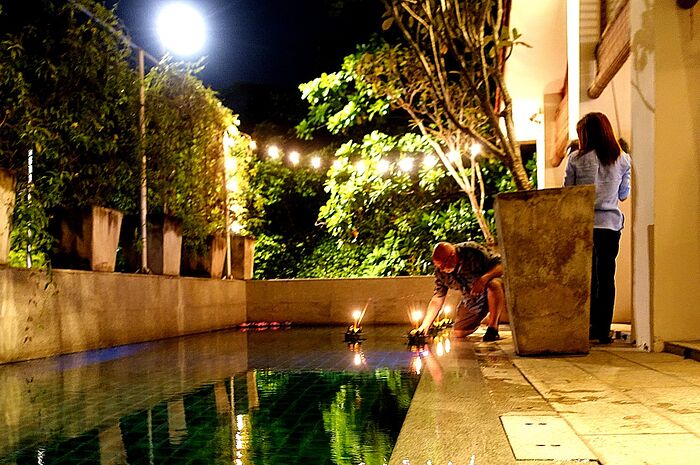 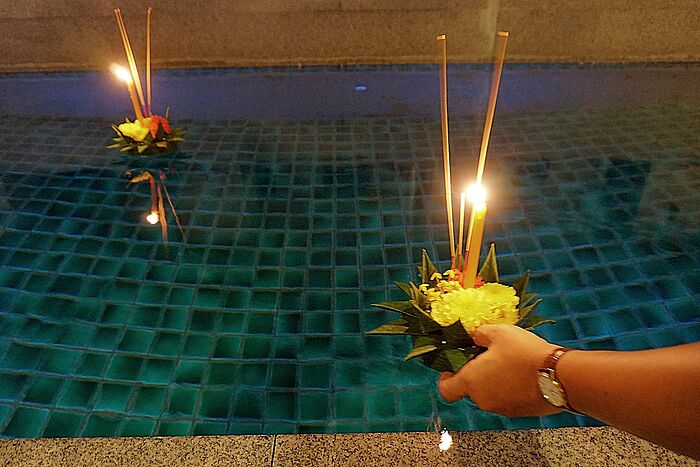 Dinner proceeded right afterwards - we started off with: 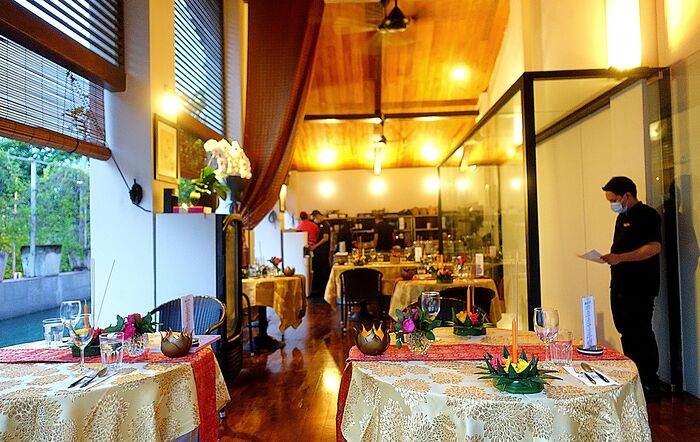 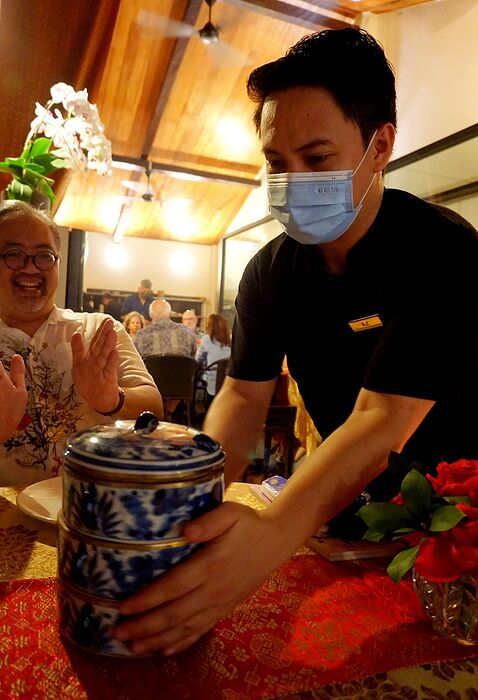 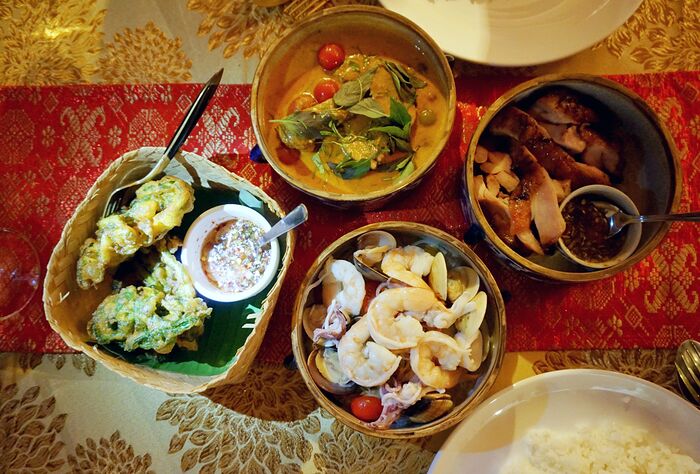 The chicken was served at room temperature, but would probably be at its best sizzling hot from a smoking grill.

Looks a lovely place but a shame the food doesnt seem to have matched it.

I always worry about room temperature food. I remember having a seafood platter in Spain where some items were only warm. I wondered if that was how they were supposed to be or had they just been left too long before plating

Same here, especially if there were raw or undercooked food being served.

I have never had a luke warm (templada) dish in Spain any place. It is very possible however, not something related to kitchen, in good venues. I believe it is the “wait service” …

I believe it is the “wait service” …

That wouldnt account for the experience I mentioned. Restaurant Stay in Port de Pollence, Mallorca, FWIW. But, as you’ve not experienced it yourself, then count yourself lucky

If you ever come this way, @TheLibrarian28 , call me - I’ll show you so many dining options here, you can stay for a whole month and never get bored of the food.

Thanks so much - will do!