The Teochew people (Mandarin: Chaozhou-ren, 潮汕人) constitute the majority of the Chinese who settled in Thailand, Vietnam, Cambodia and Laos. They are also the second-largest Chinese dialect group in Hong Kong (behind the Cantonese) and Singapore (behind the Fujianese). Here in Penang, the Teochews are also the second-largest Chinese community, after the Fujianese. But the Teochews dominate the street food business here historically - most of Penang’s popular street food items like char koay teow, koay teow th’ng, char koay kak, orh kueh, etc. are of Teochew origins.

In fact, some well-known street food dishes in Southeast-Asia like Vietnam’s pho bo, Thailand’s pad Thai and Cambodian kuyteav originated from noodle dishes introduced by Teochew immigrants into those countries.

The Teochews originated from the Henan plains of North-Central China, but invasions by the Central Asian tribes in the 4th-century, and subsequent Mongol invasions in the 13th-century drove them southwards. Today, the Teochew homeland is Chaozhou (Mandarin: 潮州) and Shantou (Mandarin: 汕头市) cities in Guangdong Province, China - although their language is closer to neighbouring Fujian’s dialect, rather than Guangdong’s Cantonese.

In terms of cuisine, the Teochews are known for their lighter cooking, compared to the Fujianese or Cantonese. And one of the Teochews’ favourite food items is the Teochew rice porridge, known in Penang as “Teochew moy” and in Singapore as “Teochew muay”. It usually consists of a bowl of soupy plain white rice porridge, served with pickled vegetables, tofu and/or salted meats. 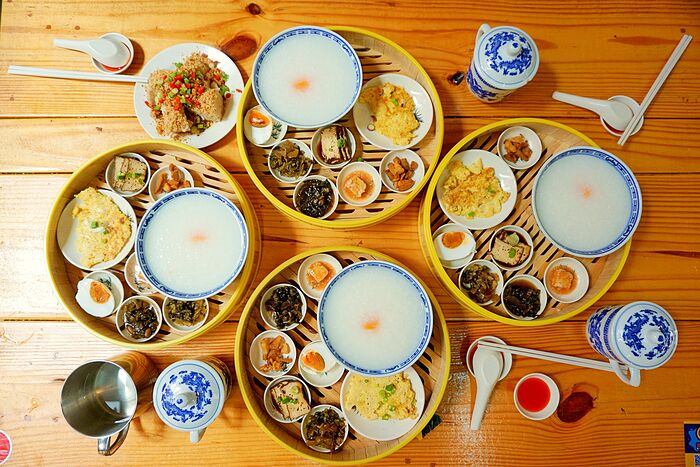 In George Town, one of the go-to places for “Teochew moy” is the 3-year-old Chao Xuan Teochew restaurant on Malay Street. 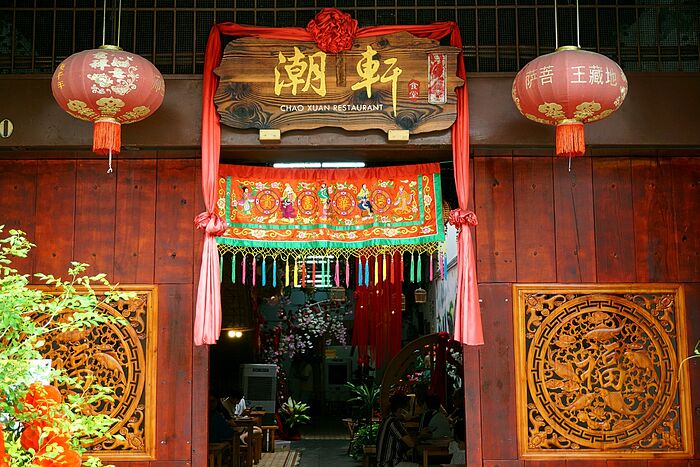 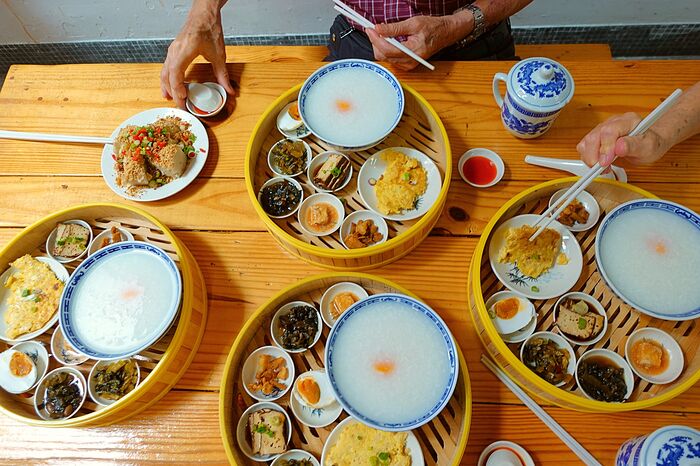 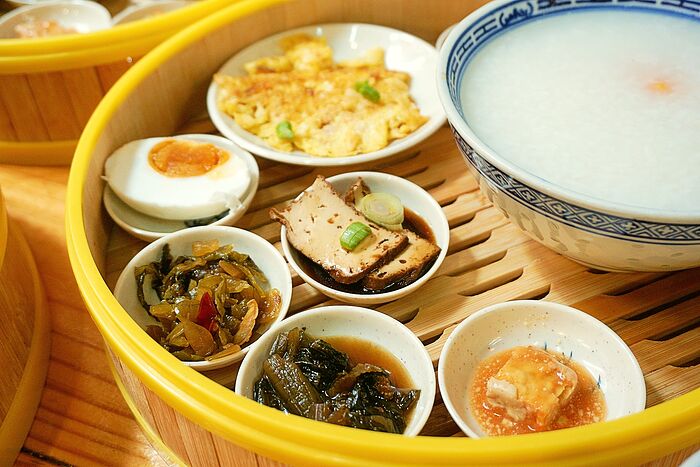 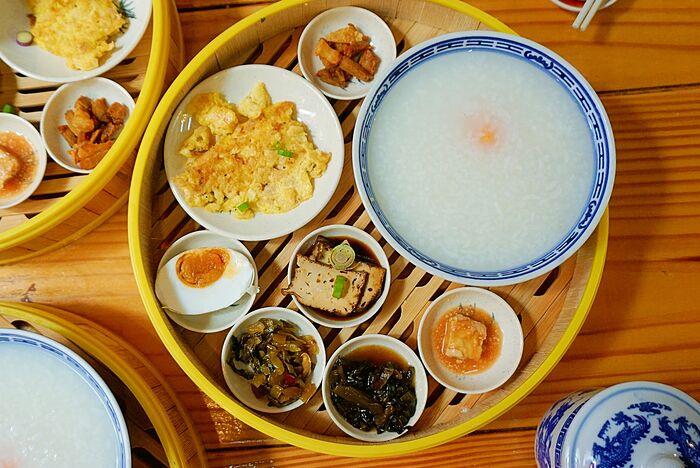 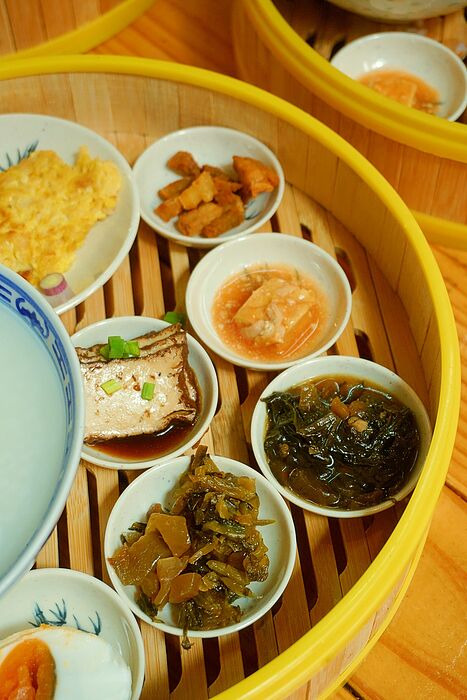 We also ordered some side-dishes:
Kuang chiang - golden-fried radish-peanuts-sweet potato flour rolls in beancurd sheets. Here in Penang, as in Singapore, this dish is served with a chili sauce dip: 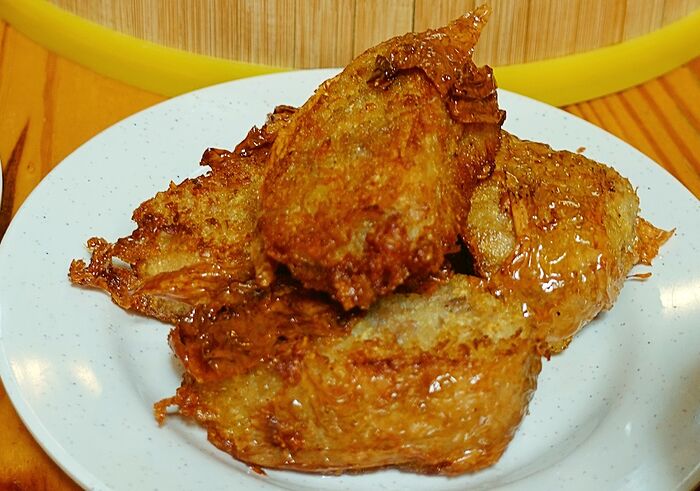 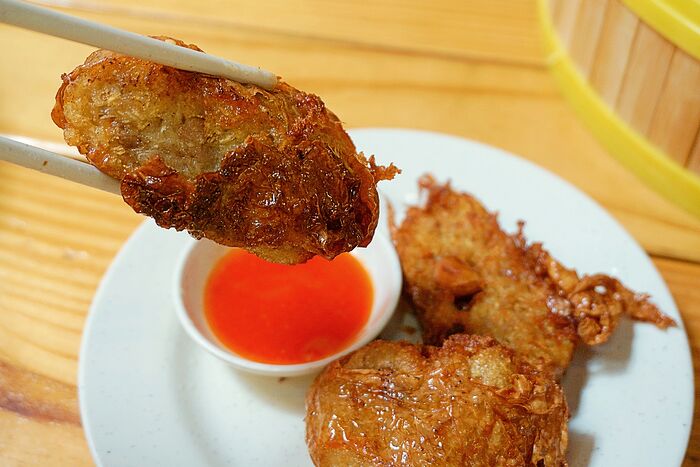 Orh kueh - steamed taro cake, with topped with crushed peanuts, scallions, cut red chilis and crisp-fried shallots. Also served with chili sauce on the side here in Penang, as is the case in Singapore.
Back in China, the Teochews would never use chilis, as they have virtually no tolerance for chili or pepper heat. 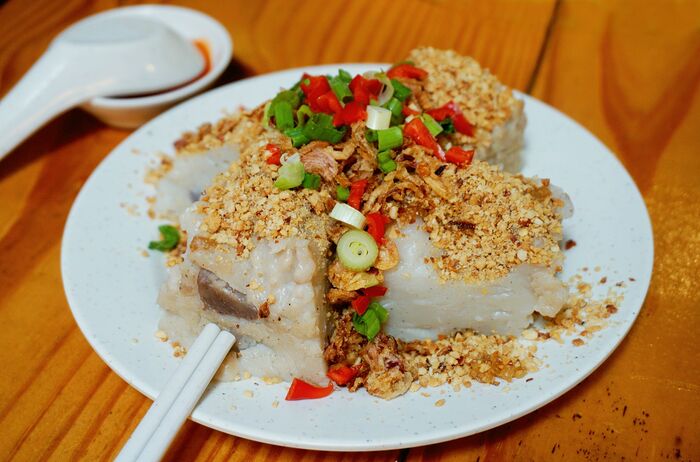 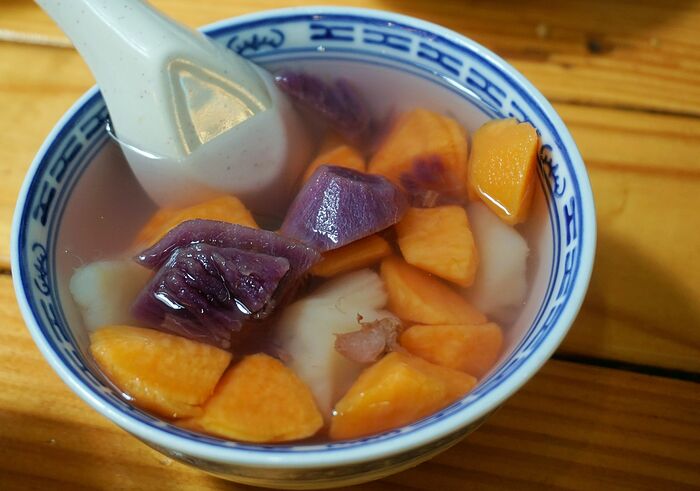 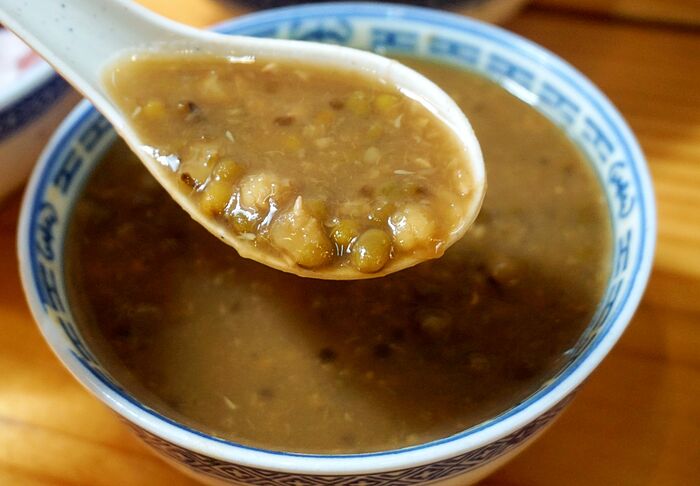 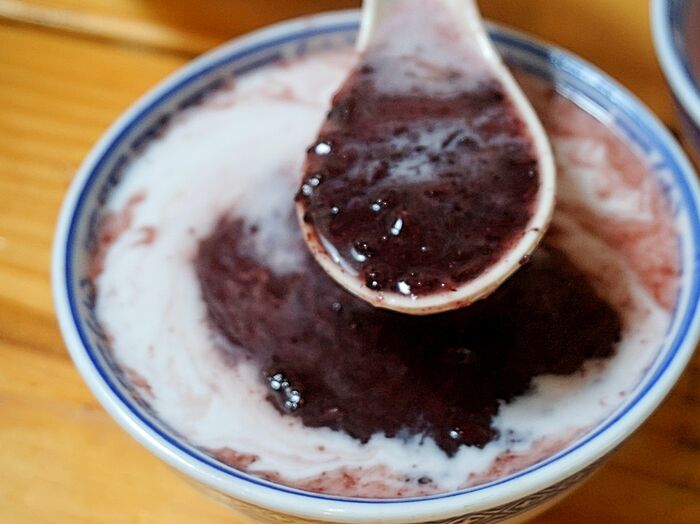 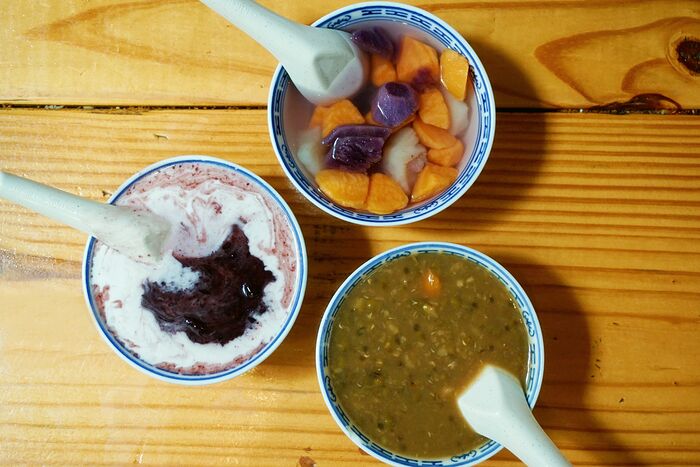 It was a quick and simple lunch, as any Teochew porridge meals tend to be. It’s only my second time here in three years as, somehow, the austere simplicity of a Teochew rice porridge does not quite strike a chord with me. But Chao Xuan does it very well indeed.

Thanks for posting. All of your lunch looks way more interesting than my tea and toast breakfast!

Rice porridge / jook with all the fixings is my dream breakfast.

All of your lunch looks way more interesting than my tea and toast breakfast!

I usually have tea & toast for breakfast, too!

Rice porridge / jook with all the fixings is my dream breakfast.

Come visit me here when you can. I’ll show you all these interesting places.