Day 527 since Malaysia started its Movement Control Order (MCO) back in 18 March 2020. Dining-in is allowed this week, but only for people who are fully-vaccinated - and I still don’t qualify as yet.

Since we also can’t travel inter-state yet, and visit the Borneo state of Sarawak, we thought we might as well take advantage of “The Taste of Sarawak” promotion this week by Johnson Wong’s Gen and ordered our lunch in. 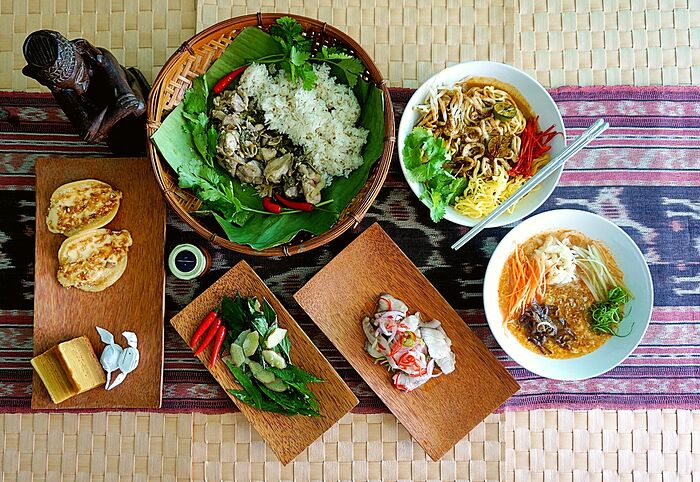 “Taste of Sarawak” by Gen this week featured the cooking of talented, Kuching-born 25-year-old Darren Chan. Of Hokkien descent, Darren was brought up by a Hakka grandmother who inspired much of his cooking. His Foochow relatives from Sibu and Sarikei also contributed to his interests in Sarawak’s kaleidoscope of flavours from the heart of Borneo. 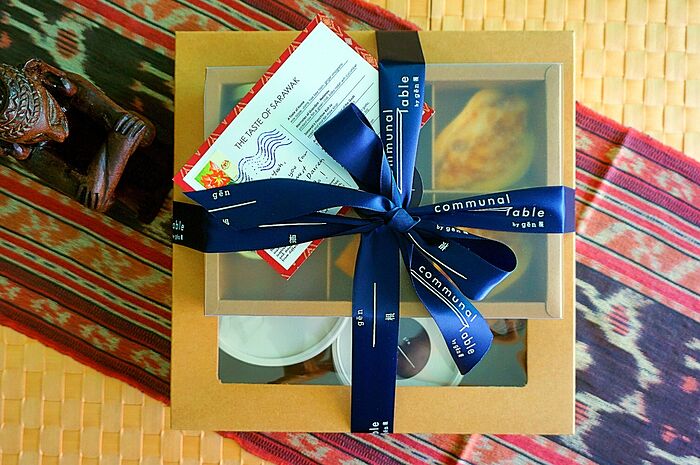 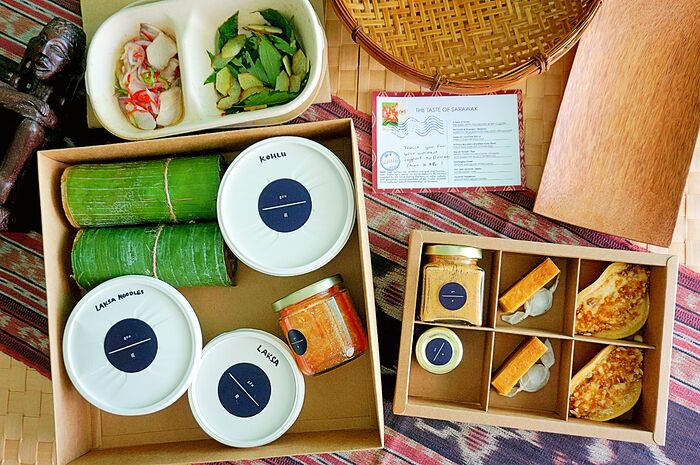 Darren presented an exotic array of offerings, from the sea-faring Melanaus’ fish cured in vinegar, to the war-like Ibans’ bamboo-baked chicken, and a soul-lifting noodle dish inspired by the incomparable Sarawak laksa. 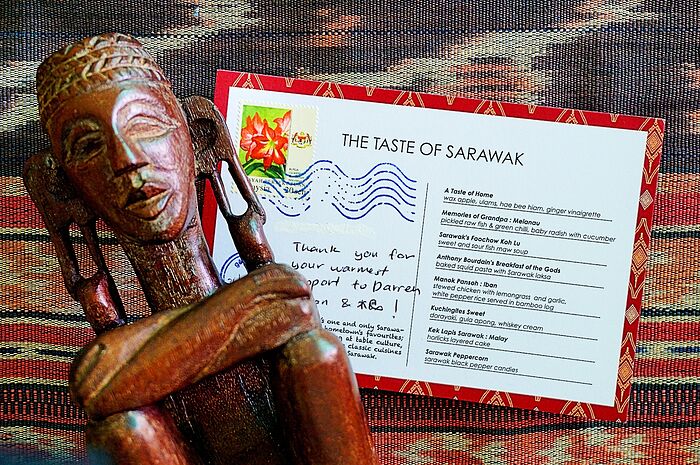 Desserts included Sarawak layer cake sans the psychedelic colours, but with every bit of its sinful, buttery flavours, to little pancakes festooned with crushed nuts, honeyed with gula apong and given a radical lift by whisky-injected cream. Rajah Brooke would gladly approve. 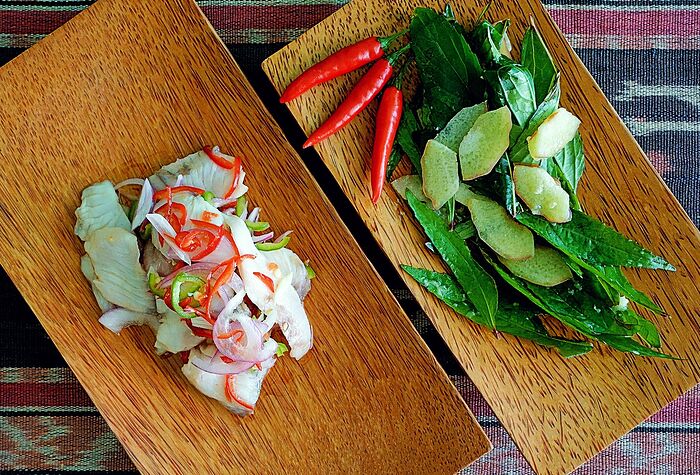 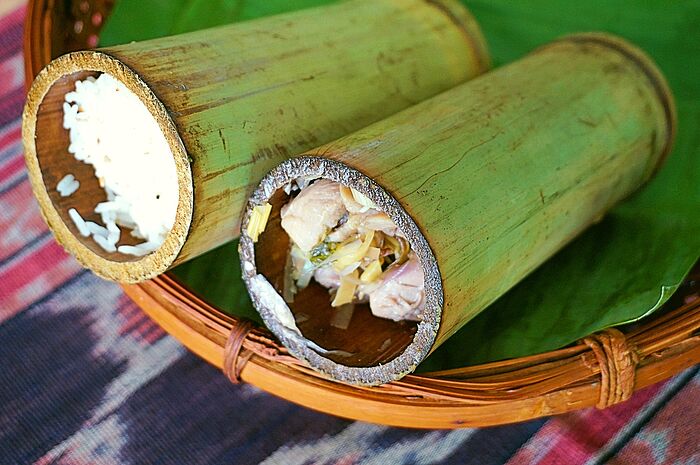 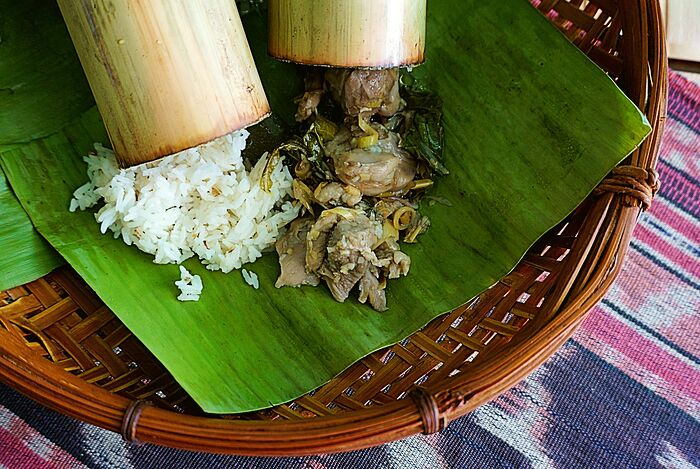 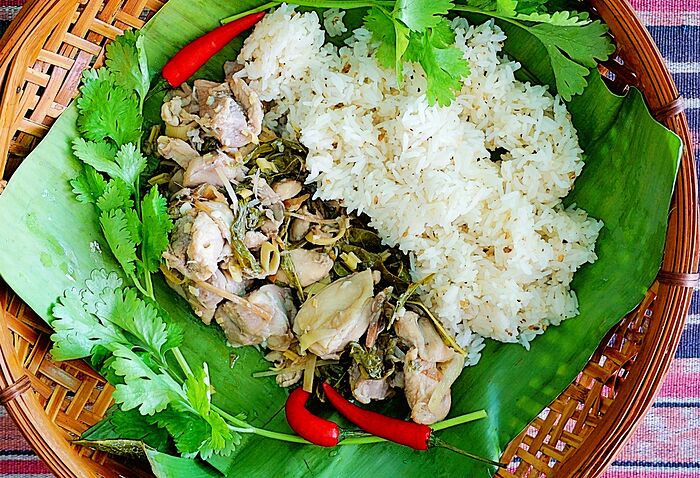 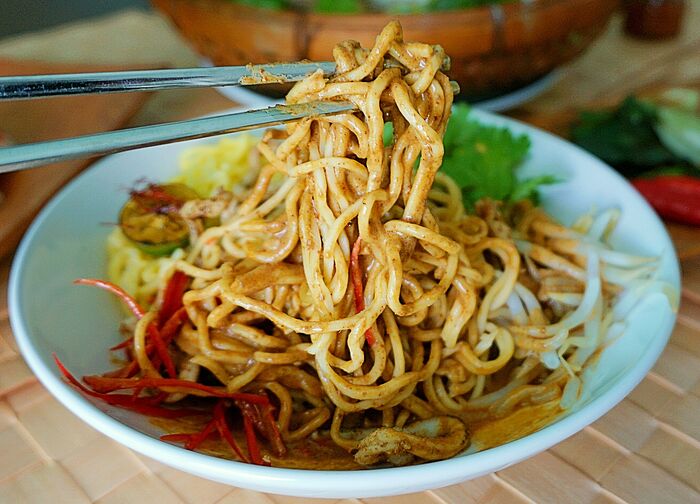 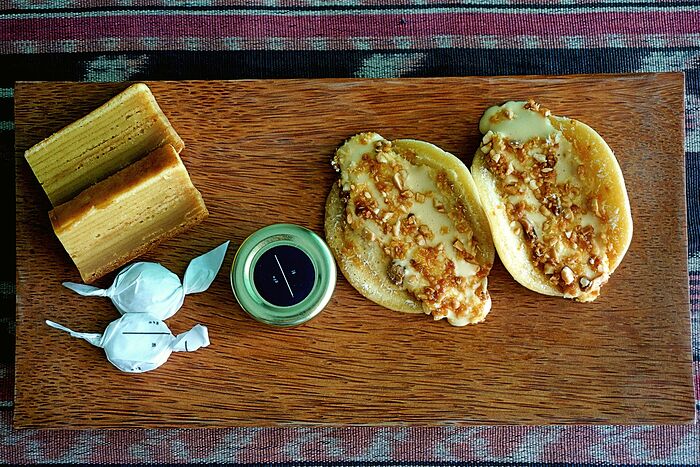 Quite a substantial lunch at home, but I miss dining out - Gen is currently ranked 92 on Asia’s Best 100 list, and is known for its terrific plating and presentation, plus top-notch service. 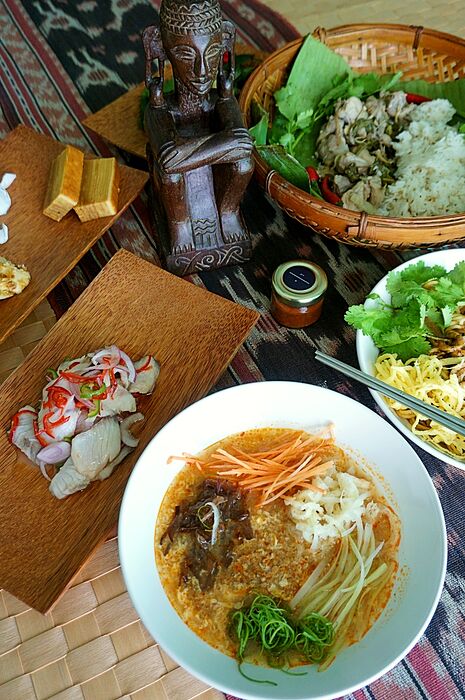 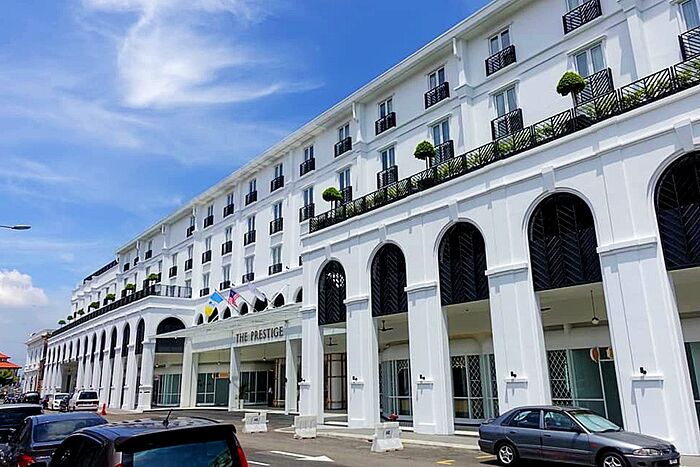 You made delivery meal another level at home, so well presented, such a delight. Did you reheat the dishes?

Can you explain more this dish and the war context?

I’ve come across squid presented as though it was pasta in a restaurant in Spain. Certainly a clever idea that works well.

Did you reheat the dishes?

We didn’t (to our regret), as we thought the food still felt “warm” - the restaurant was only 8 miles (13 km) from my place.

But on hindsight, we should have, as the manok pansoh, Sarawak laksa and especially the koh lu soup would have tasted inestimably better when served really hot.

Can you explain more this dish and the war context?

Traditionally, the Ibans are the head-hunters of Borneo - they warred constantly among themselves and also with other tribal groups. Head-hunting, outlawed in Malaysia, of course, has “faded away”. We only hear whispers nowadays of someone who disappeared, or some headless body discovered somewhere. But the Ibans are still a proud people, very aware of their warrior past.

“Manok” (meaning ‘chicken’ in the Iban language) “pansoh” (‘bamboo’) is practically the state dish of Sarawak. This recipe here does away with the need to bake the chicken in a bamboo tube: 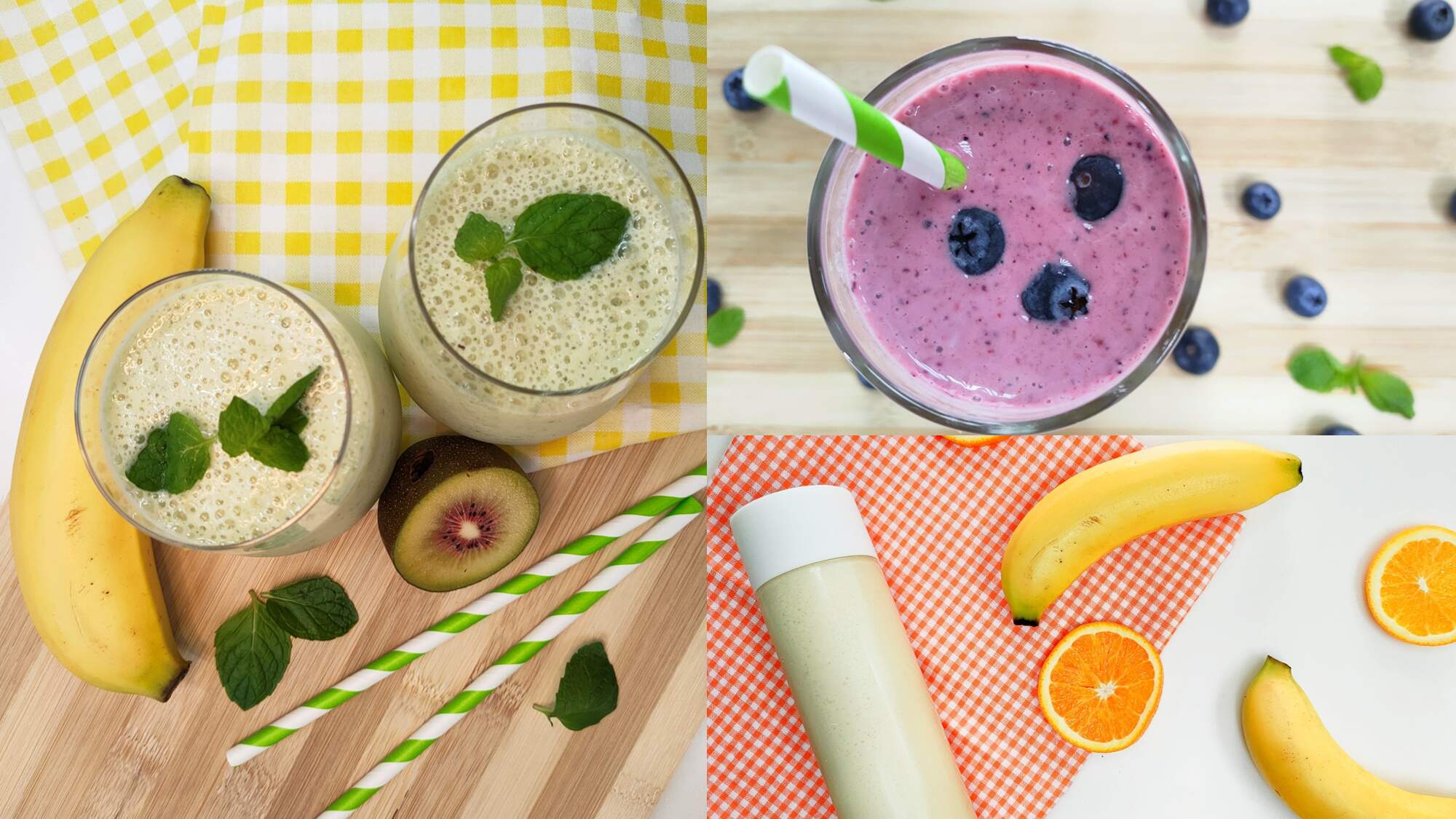 Welcome to ‘Shop Kuali Recipes’, proudly brought to you by Kuali and Tesco, our trusted partner. Shop Kuali Recipes is an answer to busy professionals out there who are looking for convenience when shopping for quality ingredients that is paired with...

I’ve come across squid presented as though it was pasta in a restaurant in Spain.

Speaking of Spain, I’d actually planned a trip to Madrid and Barcelona last Oct. Now, no one can ever guarantee when we can fly again.

I’m hopeful our planned annual trip to Spain in January will go ahead. Hopeful, not confident.