Penang may be famed for its street/hawker food - among the best anywhere in the world - but it’s usually a challenge to find good European food in George Town, much less one that specialises in Swiss cheese fondue. And here is where Edelweiss on Armenian Street steps in. Owned by a Swiss-Penang couple, Urs & Teresa Capol, Edelweiss has been serving out its fondue since 2005. Its location on Armenian Street, known for its street art, quirky arts & craft shops like Fuan Wong the Gallery and Studio Howard, and (a bit too many) touristy souvenir shops makes it very accessible. 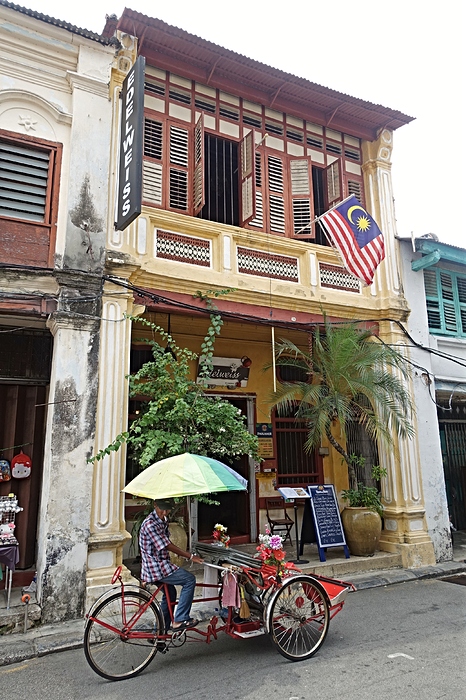 Located in a 19th-century traditional Chinese townhouse, the whole place is filled with Straits Chinese and British-Malaya-era antiques and curios collected by Teresa Capol, the Penang half of the duo. 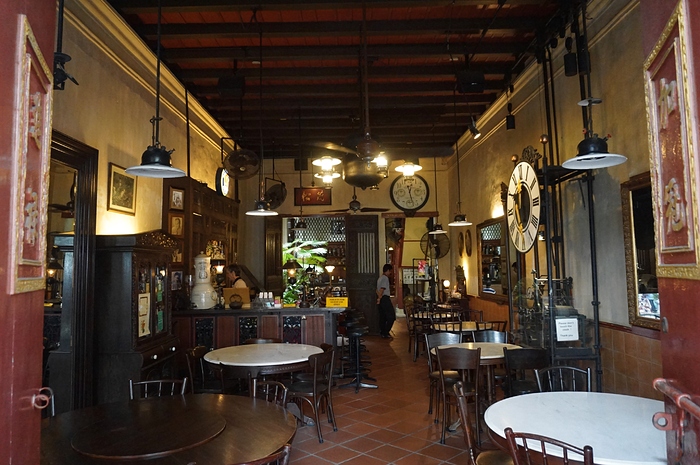 We opted for a table at the quieter, sun-lit courtyard at the back.
I’d highly recommend the Penang Sunrise cocktail (brandy, Grand Marnier, Drambuie, Grenadine and orange juice). Shades of the Singapore Sling (which was also available on the drink menu), with a very “tropical feel” to it. 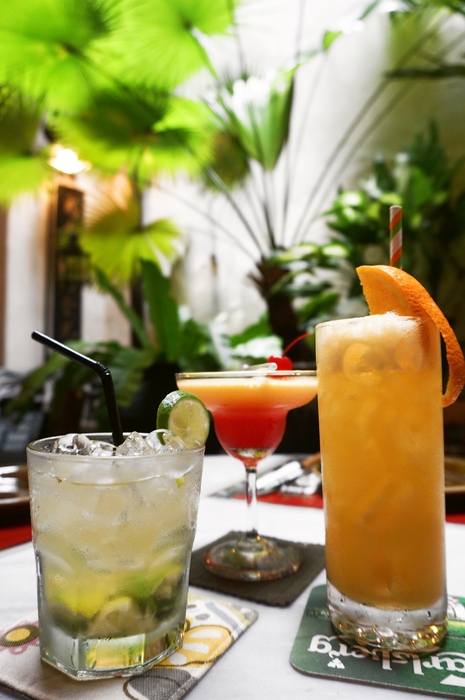 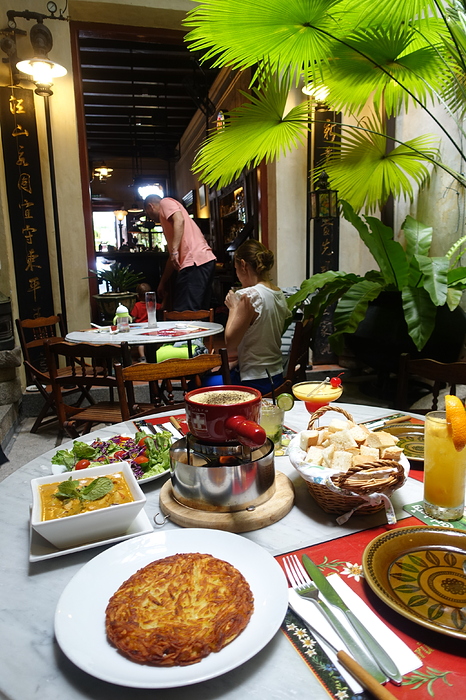 Edelweiss’ fondue, made with Gruyere and Emmental cheeses, is given a sharp alcoholic kick with the addition of kirsch and white wine. 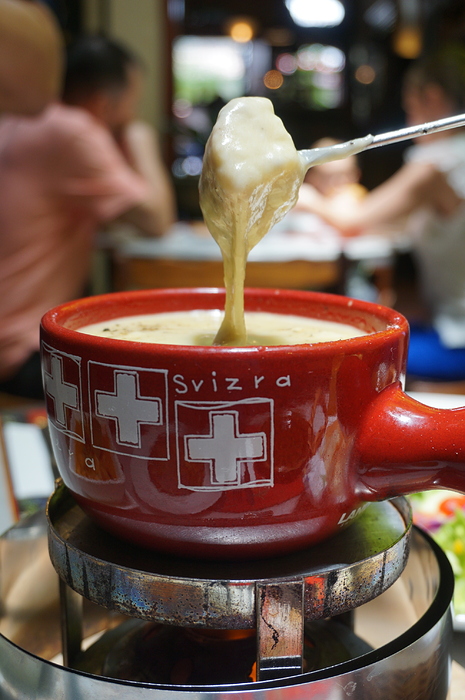 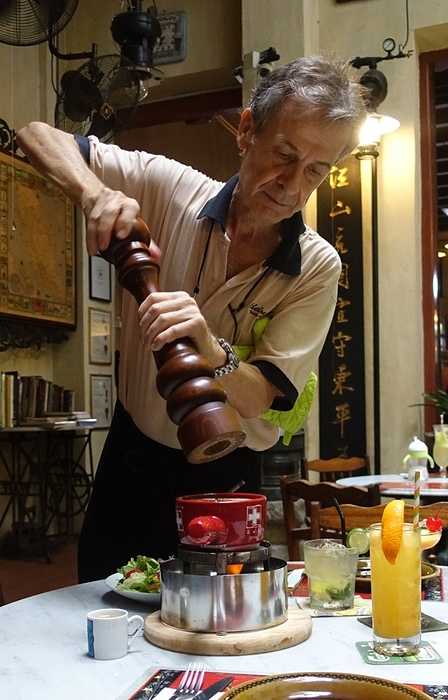 It also serves one of the best-tasting roesti I’d ever had - crisp on the outside, and still moist & light on the inside. 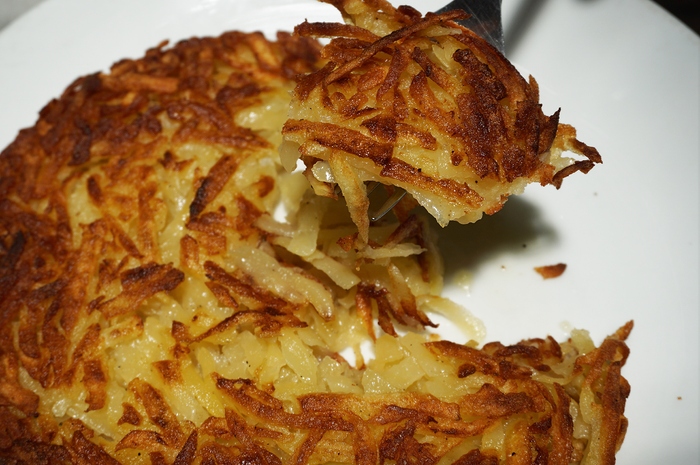 Desserts were a very good Linzertorte, and a (not as impressive) apple flan. 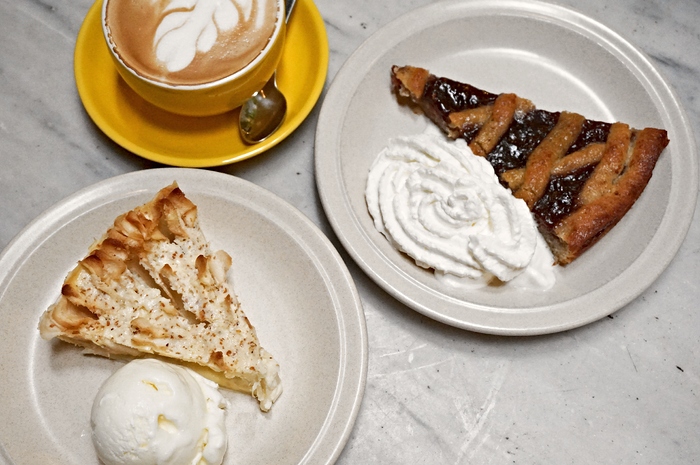 Booking ahead is a good idea, as the place is smallish and can get really packed sometimes. 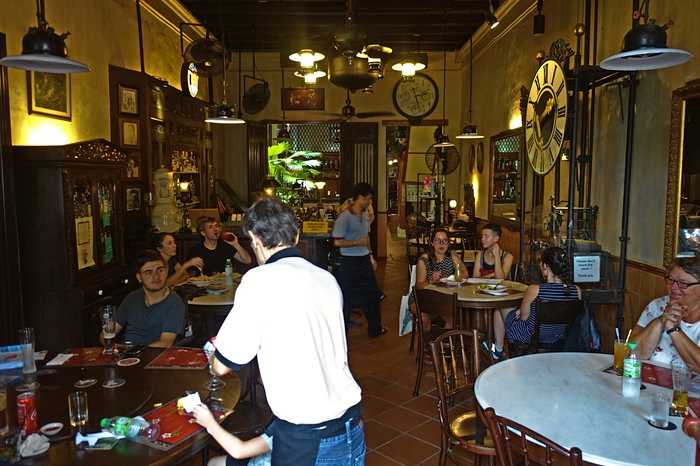 Food though simple, looked good. Must be an unique experience, eating fondue in a traditional Chinese house.

Food though simple, looked good. Must be an unique experience, eating fondue in a traditional Chinese house.

I’m going back for their Wiener Schnitzel.

This remind me the owner of a Cambodian restaurant, a Swiss, said that he couldn’t take the cordon bleu off the menu as it was always in high demand (for foreigners who didn’t eat local food, and for locals who wanted foreign food.)

Back to Edelweiss for lunch today. Started off with the Bündner Gerstensuppe, the classic Swiss barley-bean soup. It was a rather rich, creamy soup - perhaps more suitable for a post-skiing meal in the Swiss Alps, rather than sweltering hot Penang. 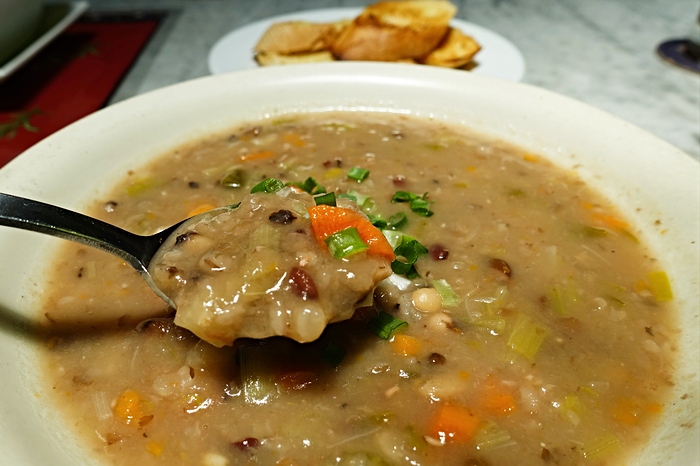 The other soup option we had was an equally substantial, but very tasty gulaschsuppe (goulash soup). Very good rendition here. 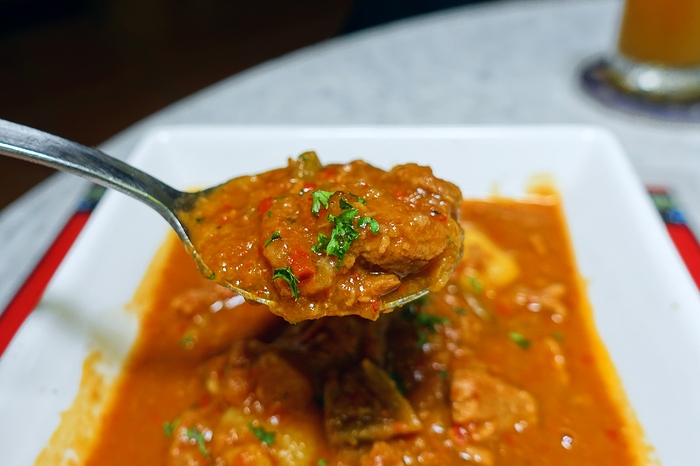 But, for me, at least - the piece de resistance was the Wiener Schnitzel, served with a slice of lemon and French fries here. There was an option for mushroom sauce - I asked the Swiss owner, Urs Capol, why. He said quite a few customers - especially the Southern Germans, asked for that. The version here is not as light as those wonderful ones we get in most places in Vienna, but the local schweinefleisch is sweet and very tasty. 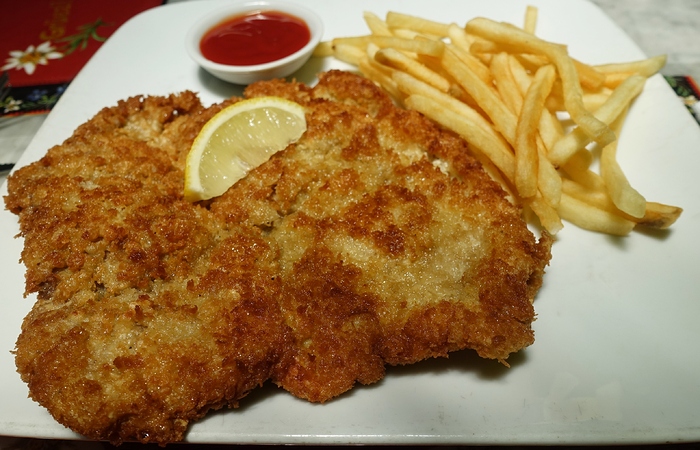 Definitely worth a return visit for the gulaschsuppe and the schnitzel.

It’s been more than four years since we were at Edelweiss - the last two years’ COVID lockdown seemed to have taken away a chunk of our lives during that period. But we were back at Edelweiss again last night for dinner, and was somewhat relieved to find everything as we remembered it to be. In fact, time seemed to have stood still there: same people, same furniture, same dishes.

We started off with a couple of Pimms - absolutely perfect here: 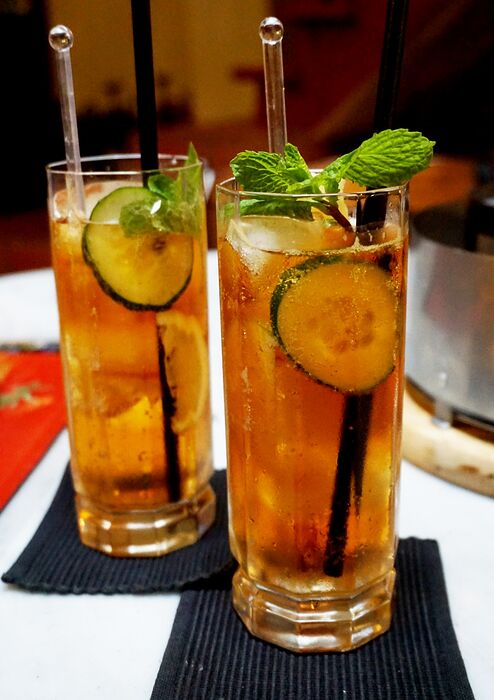 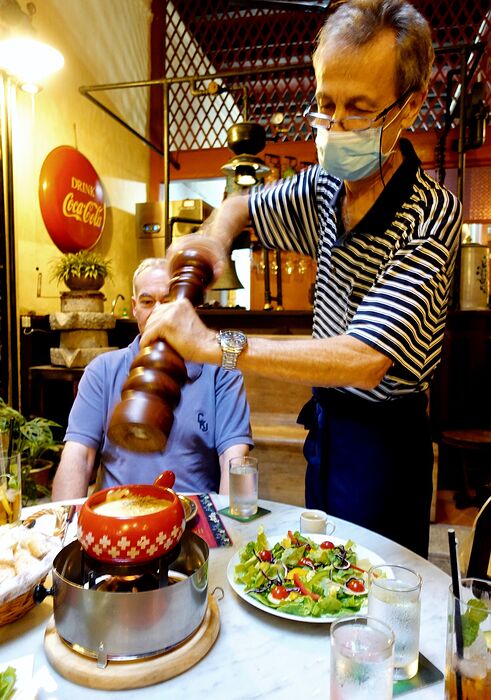 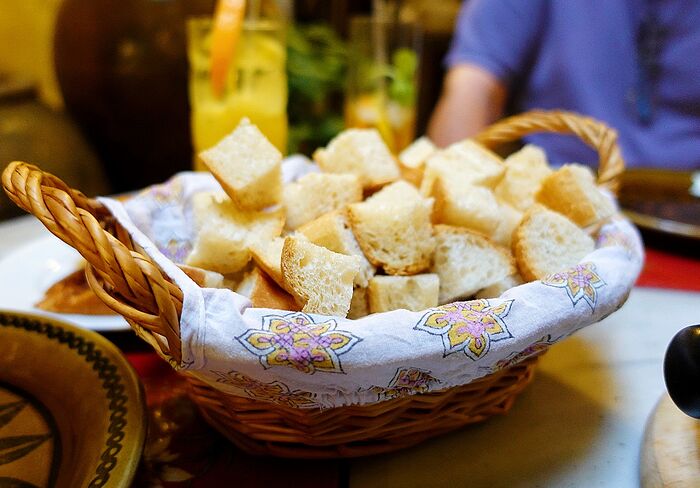 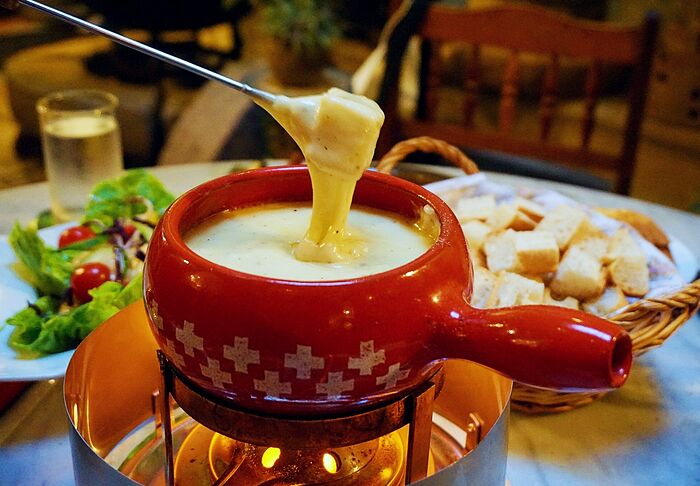 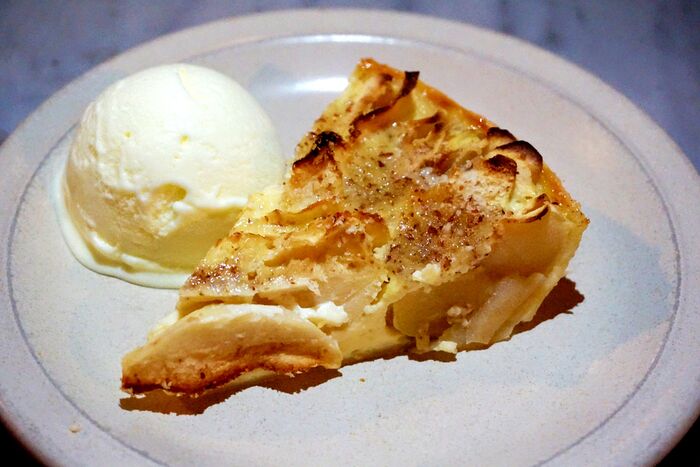 Nowadays, we were thankful if we come across places we know, which have survived the dreadful pandemic which had devastated many in the F&B industry. 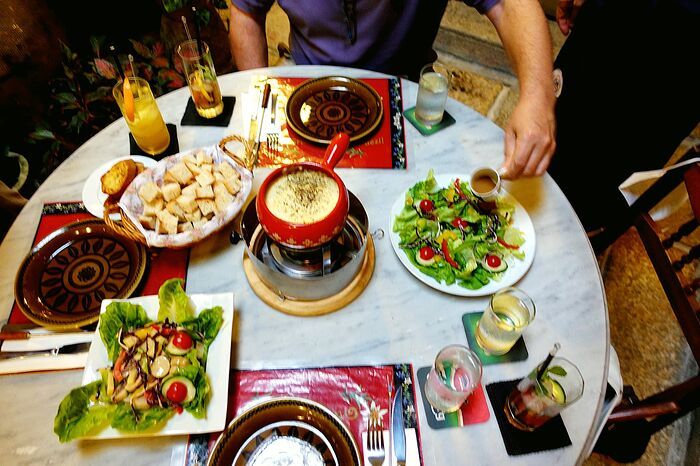 Edelweiss’ operating hours are significantly cut back, and it no longer open for lunch. The Capols only open their restaurant for dinner Thu to Sun. 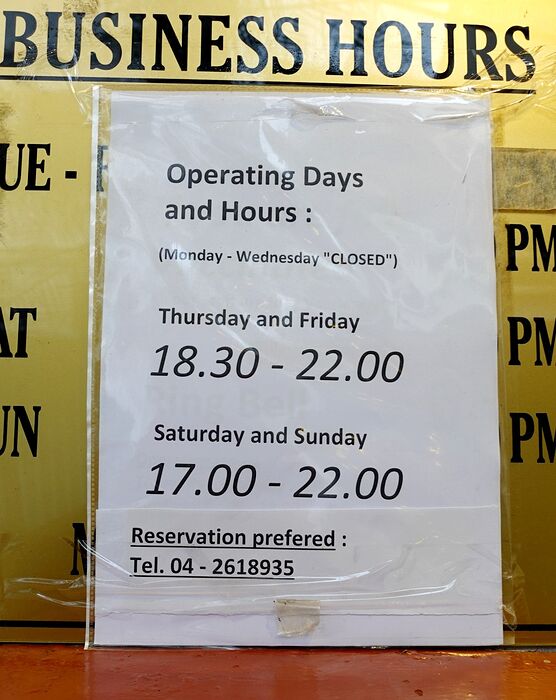