Super Hokkien Mee at One Corner Cafe is one of the top Hokkien mee spots in Penang. 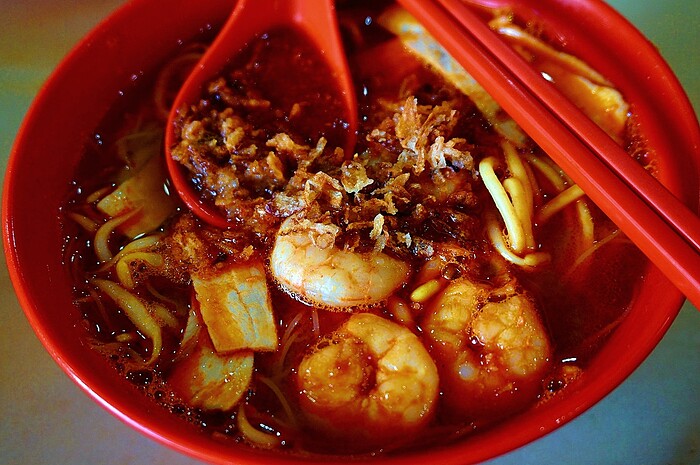 It’s got a long, storied history: current stallholder-chef, Lim Bok Huat, is the second-generation hawker to carry on the legacy of his father, Lim Kow Leong, who was the first Hokkien mee seller at the old Kim San coffeeshop on the corner of MacAlister Road and Rangoon Road about 60 years ago (that particular kopitiam was subsequently renamed Sin Kim San after a change of owners, and is currently known as Sih Jing San).

It was there that Super Hokkien Mee achieved an almost legendary status amongst Hokkien mee fans in Penang, with long queues and customers who were willing to wait an hour or two for their bowl of noodles. By then, Lim Bok Huat and his younger brother had taken over the day-to-day running of the stall from their father.

One Corner Cafe opened in Jalan Bawasah in 2006 - at the time, it was the newest hawker dining spot in town. Attracted by its cheaper rent, Mr Lim Bok Huat moved to One Corner Café on 18 May 2006, whilst his younger brother decided to emigrate to Taiwan. 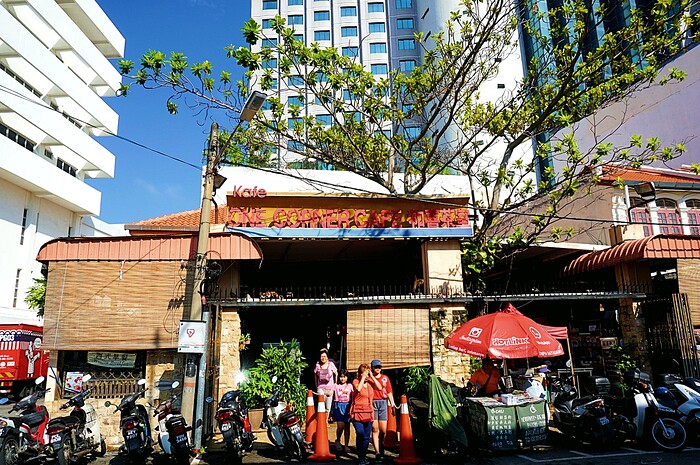 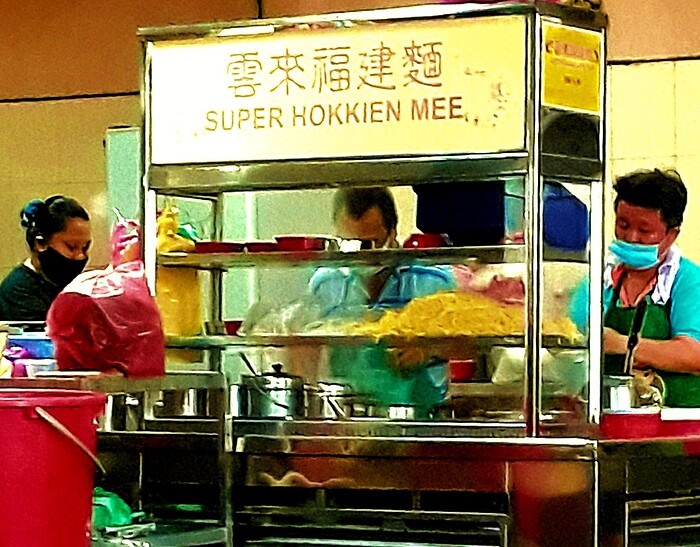 Mr Lim’s wife then took over the duties of the younger Lim sibling, taking customer orders on her notebook, and serving out piping hot bowls of noodles to them at their tables. 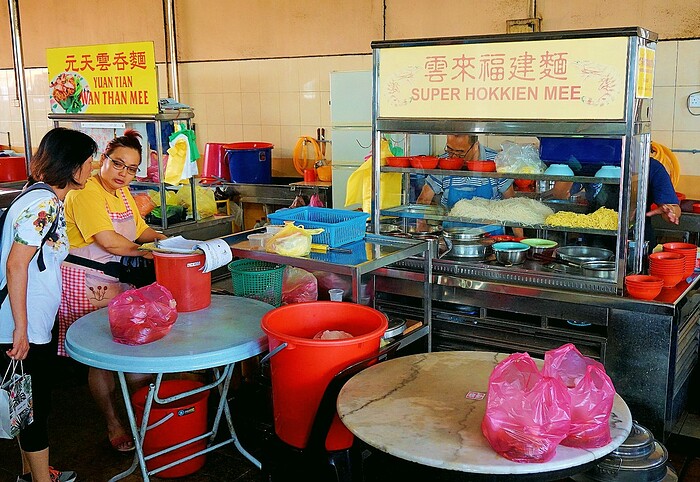 The couple still rule the roost at One Corner Cafe today, 15 years later. The wait for Mr Lim Bok Huat’s Hokkien mee is still as long - some customers booked ahead, others tried their luck by coming & ordering, then ensure waits of up to an hour, sometimes two. 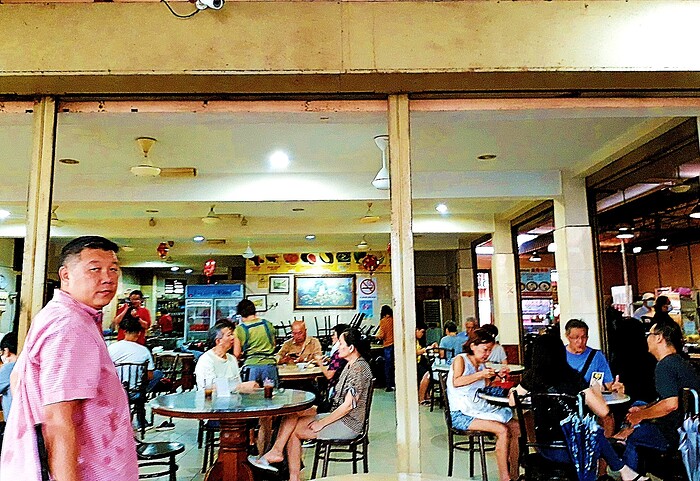 My first time trying Super Hokkien Mee was sometime at the beginning of 2017, when I was newly-settled in Penang from KL. I found his broth to be intensely-flavoured and quite spicy, compared to the milder, lighter prawn noodles I’m used to in Singapore. In time, after trying other top Hokkien mee spots in town, I realized that Super Hokkien Mee’s version was indeed very traditional in taste, and certainly one of the BEST in town. 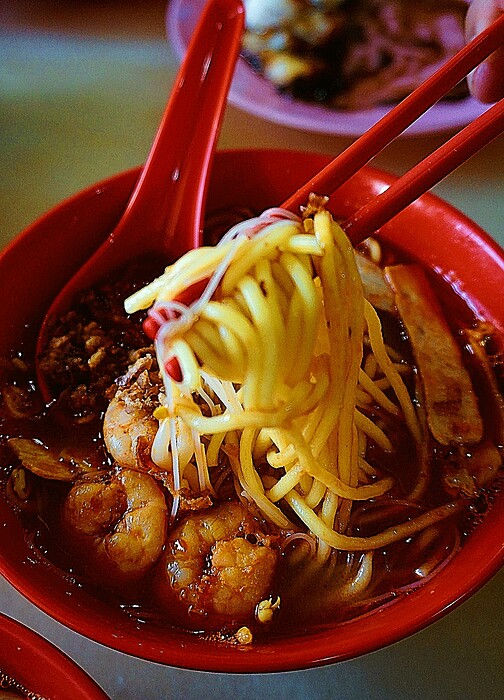 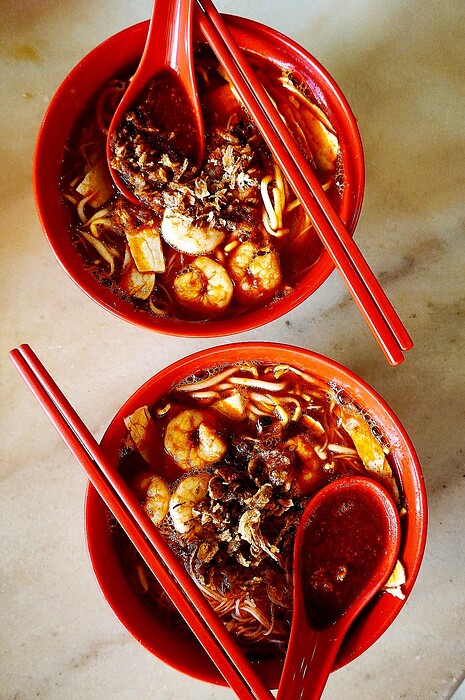 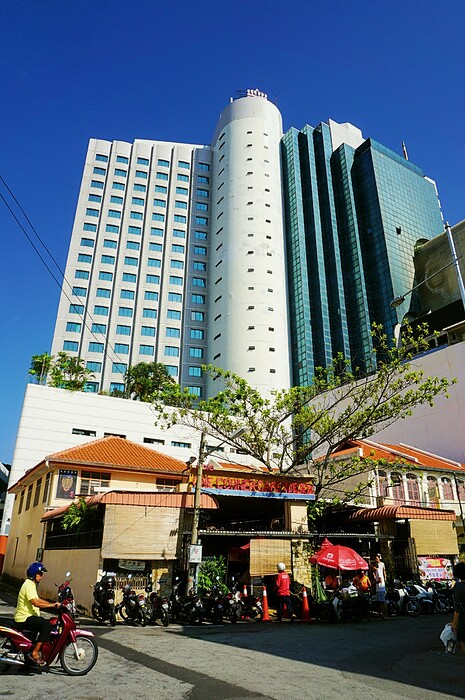 I notice in Asia they like to use adverbs and adjectives such as “super”, “supreme”, “greatest” etc in product names (even more believable with a portrait on the label i.e. Lao Gan Ma).

I feel like it’s been awhile since I mentioned how much I love these posts. So I’m doing it now: these are always great and I really appreciate them. I hope someday that travel is available again and I can use them to my advantage!

Thanks so much, @passing_thru. Yes, am also hoping it’ll be safe to travel again in 2022. Keeping my fingers crossed.

Can’t believe this is near my “house” here in Penang. Already had twice without realizing how famous it is. Quite good!

This morning they told me I couldn’t make an order because they had a huge order they were trying to fill first. Happy they are doing so well.

This morning they told me I couldn’t make an order because they had a huge order they were trying to fill first. Happy they are doing so well.

You caught them on a busy day! When I was there 2 days back, there wasn’t a single customer, and we were even able to chat! But, when they get busy, Mr Lim’s temper can also get frayed quite easily!

BTW, Lim Bok Huat’s sister has a Hokkien mee stall herself, which she runs with her husband: