The missus and I recently spent some time in Penang. As luck would have it Peter (KLYEOH) was in town so we met up on the first night. Not only was he very generous with his time and food advice but gave us a very interesting potted history on Penang and his family’s links with the city.

It was pouring with rain when we met Peter so we stayed close to where we were staying on Cintra St. I didn’t note at the time the exact names of where we went but I’m sure Peter will correct me if need be.

First up was Sin Guat Keong Coffee Shop on the corner of Cintra and a Kimberley St. The missus had had her first char kway teow on Langkawi and it wasn’t very good so that was first. Not as smokey as I’ve had and would have liked more cockles. But not bad. 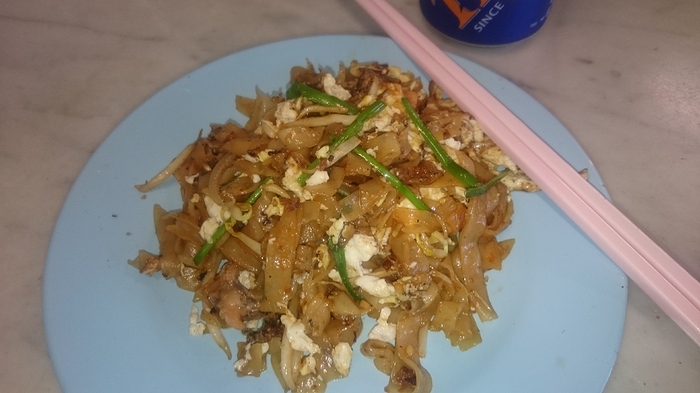 Next up at the same place was an oyster omelette. Some nice crispy bits, good number of oysters and not too heavy on the tapioca starch. 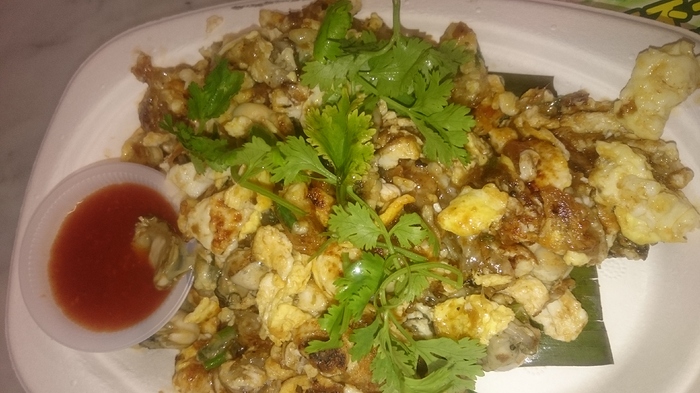 Next we moved across the street for Duck Kway Chap at Restoran Kimberley. This was my favourite thing I had in Penang. A rich dark soup full of beautifully soft duck and pig offal. What’s not to love, though the missus may disagree. 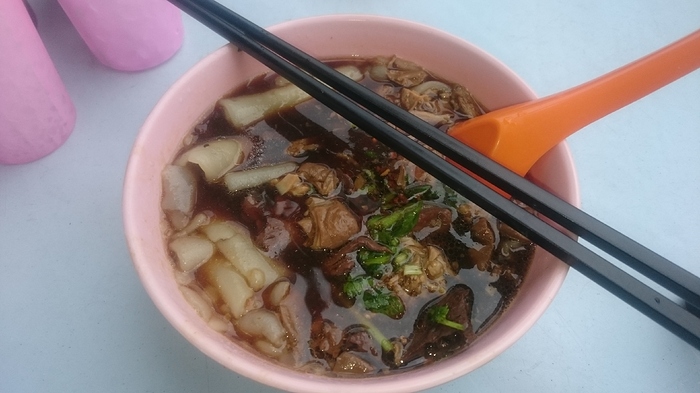 Murtabak@ Hameediyah. Filling a little blander than expected. The gravy and pickled onions more than make up for it. You order in one place and it gets delivered to where you eat down the street a bit. Make sure you get a token that has your order lest you incure the wrath of the lady on the till. 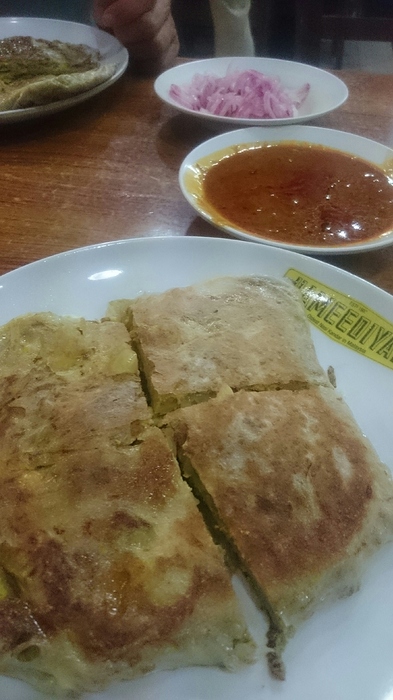 Lovely soft chicken, good sheen on the rice and great chillies in vinegar with lots of ginger. 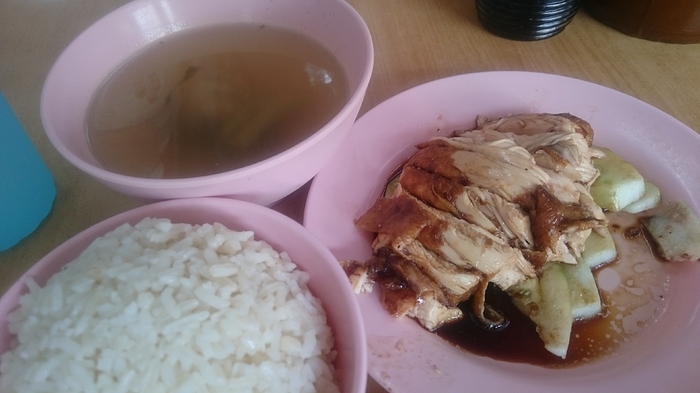 Hokkien Mee@ Ho Ping cafe.
Probably not the best but as it was Chinese New Year not a lot of places open. Good texture on the noodles, nice subtle prawn broth. 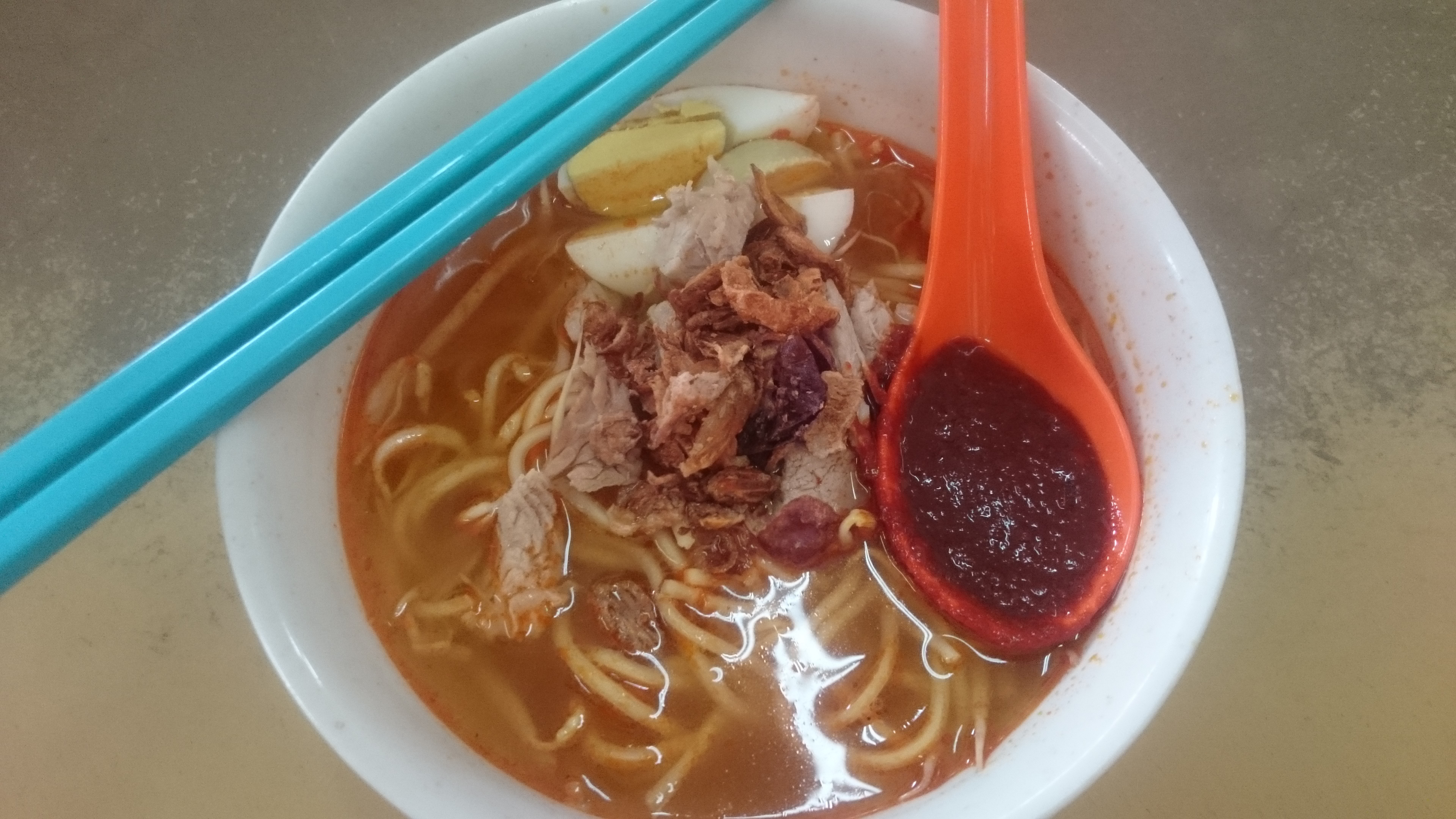 Poppiah @ poppiah cart corner of Kimberley and Cintra. This was opposite Sin Guat Keong Coffee shop. I only saw it on one day Quite thin skin, plenty of chill and turnip not too sweet Far better than the version I had in Malaka. 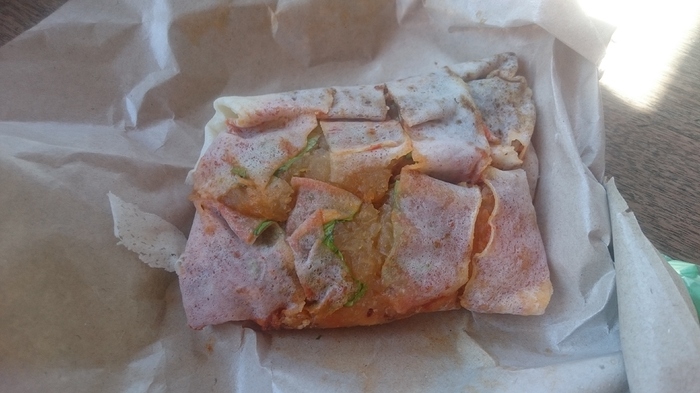 Good to have caught up with you & your missus, and happy that you managed to get some of Penang’s best hawker deals this time