The Dragon Boat Festival which falls on the 5th Day of the 5th Month on the traditional Chinese lunar calendar is one of the major festivals for the Chinese worldwide. This year, it falls on 14th June, which is just a fortnight away.

In China, the festival is called Duanwu (Chinese: 端午), whereas in Hong Kong, it’s known as Tuen Ng.

The festival is marked by dragon boat races and the consumption of rice dumplings, called bakchang in Malaysia and Singapore. In China, it’s called zongzi, whereas in HK, it’s chung.

The origin of this festival dates back to the Warring States period in China, circa 475–221 BC, and concerned a minister-cum-poet, Qu Yuan, of the state of Chu. He’d protested against the King of Chu’s plan to ally his kingdom with the state of Qin. But the King of Chu banished him on charges of treason instead.

Twenty-eight years later, Qu Yuan’s suspicions were confirmed when the Qin turned against its former ally and overran Chu. In despair, Qu Yuan commited suicide by drowning himself in the Miluo River. It was said that the local villagers who’d admired his patriotism raced out in their boats to save him, or at least retrieve his body - this became the origin of the dragon boat races. When they could not find his body, the villagers dropped balls of glutinous rice into the river, hoping that the fishes would eat them instead of Qu Yuan’s body. This is said to be the origin of zongzi. 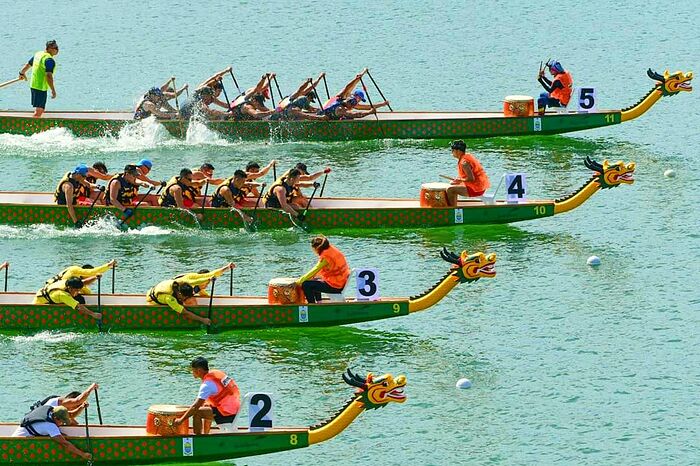 In Singapore and Malaysia, the dominant type of zongzi is the Hokkien/Fujianese bakchang - with its characteristic brown-hued glutinous rice (tinted using dark soy sauce), with a garlicky, 5-spice-scented filling consisting of cooked pork, shitake mushroom, chestnut, dried shrimps, and salted duck’s egg-yolk. These rice dumplings are wrapped in bamboo leaves to form a pyramidical shape, then par-boiled till cooked.

In Singapore and Malaysia, the prices of bakchang would increase, sometimes even double commercially, as the Dragon Boat Festival approaches, due to a surge in demand.

I got these bakchang from my neighbourhood deli, which are actually pretty good, as they do not contain too much Chinese 5-spice (which I don’t quite like) nor any cekur which the local Penang-Chinese liked to put into their cooking (I abhor that scent!). 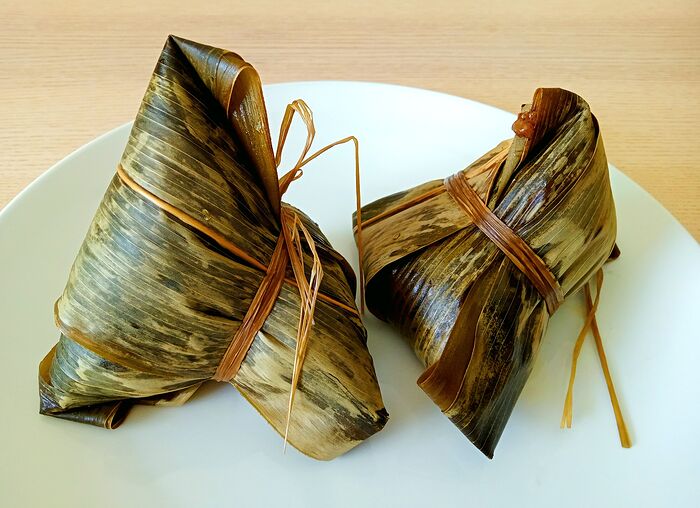 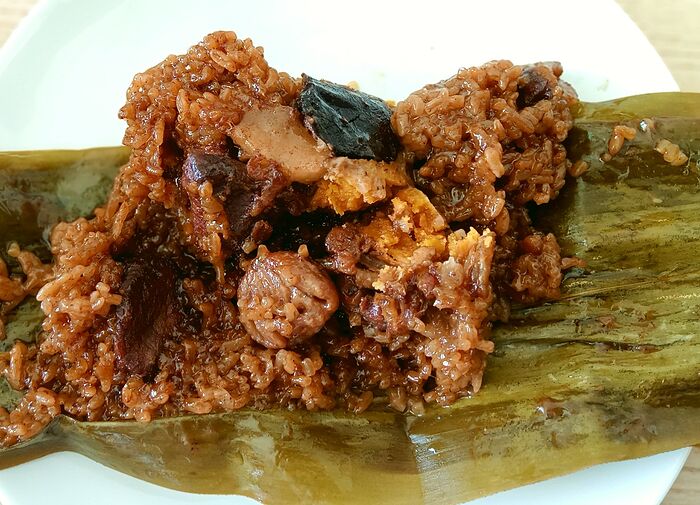 More on bakchang in Malaysia and Singapore:

The Cantonese rice dumpling or zong (pronounced “ch-oe-hng”) does not have the brown-hued glutinous rice characteristic of the Hokkien bakchang, who fry their uncooked rice grains in dark soysauce and 5-spice powder before wrapping and steaming. The Cantonese do not fry their glutinous rice, but instead, will season it with salt and garlic oil before the wrapping & steaming process. The Cantonese rice dumpling filling is characterised by its use of mung beans to accompany the marinated pork bel…