Hai Nan Town is Hainanese restaurateur, Bok Jee Seem’s flagship eatery. The Hainanese, above all other ethnic Chinese communities, have a much-vaunted reputation for culinary excellence since the late-19th century in Malaysia and Singapore, and it’s no different here in Penang. 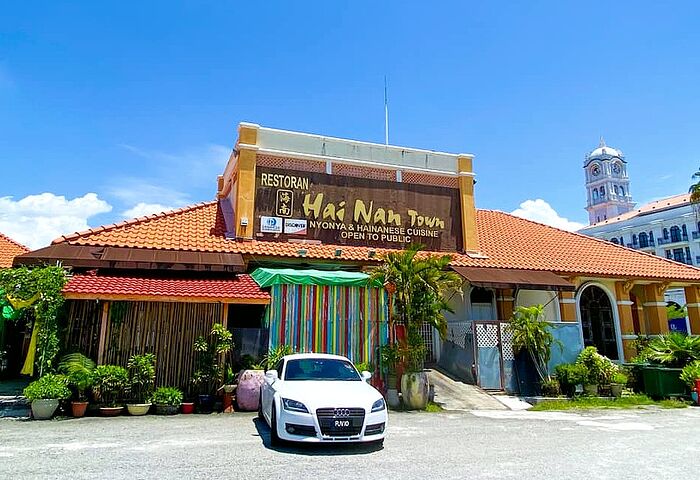 Back in the post-war years, Bok Jee Seem’s father, Bok Pin Kee, was one of the chefs in Penang’s legendary Loke Thye Kee, the iconic dining destination by the Loy brothers, Kok Boon & Kok Dai, which dated back to 1919.

Bok Jee Seem’s grandfather had also owned a traditional Hainanese coffeeshop on Prangin Road. For over a century, from the late-19th century to almost the entire 20th-century, Hainanese chefs ruled the kitchens of most restaurants & cafes in British Malaya: in the grand hotels, palatial mansions of the British colonial masters and wealthy Baba-Nyonya families, royal palaces of the local sultans. They cook for mess halls in army bases, hospitals, buffet coaches on board trains or galley kitchens on warships - in fact, anywhere where there was a kitchen or where a chef or cook was required.

Aristocratic Baba-Nyonya households were often ruled over by old matriarchs who insisted on proper and precise preparations of the complex, labor-intensive Nyonya dishes for elaborate dinner parties which they’d often throw. And perhaps the only people the fussiest Nyonya matriarch would trust, besides herself (and her oft-intimidated younger Nyonya/family members who were often pressed into a lifetime of servitude in the household kitchens), would be the Hainanese master chefs. For the Hainanese, above everyone else, were renowned for their cooking excellence, and their renditions of Nyonya food were often so good, Hainanese caterers were always entrusted in preparing large wedding or any celebratory banquets for the Baba-Nyonya high society.

We last lunched here just before the current phase of COVID lockdown in Penang that began on May 12. Our lunch:

Hai Nan Town does a competent interpretation of Penang-Nyonya cuisine. Not my favorite spot for this cuisine, my personal faves are Ceki and Winn’s Cafe, but a good alternative, nonetheless.

Under the current phase of Malaysia’s COVID lockdown, Penang has disallowed dining-in at restaurants since May 12 - about 8 weeks now.

Lunch for us yesterday was a take-out order from Hai Nan Town: 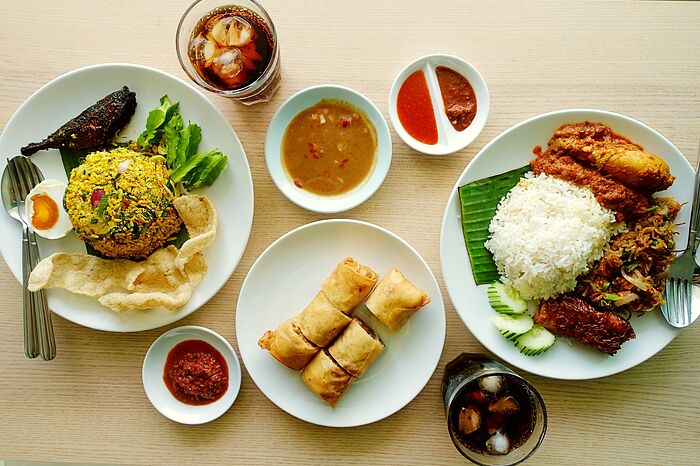 We ordered choon phneah, the largish spring roll which had a filling of shredded jicama, chicken, carrot and crabmeat. 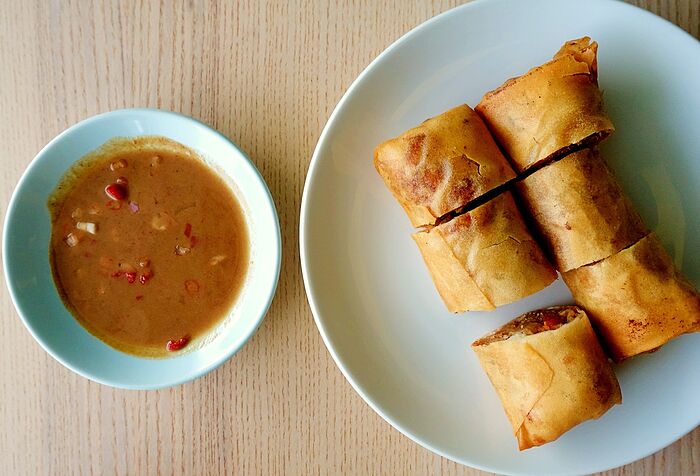 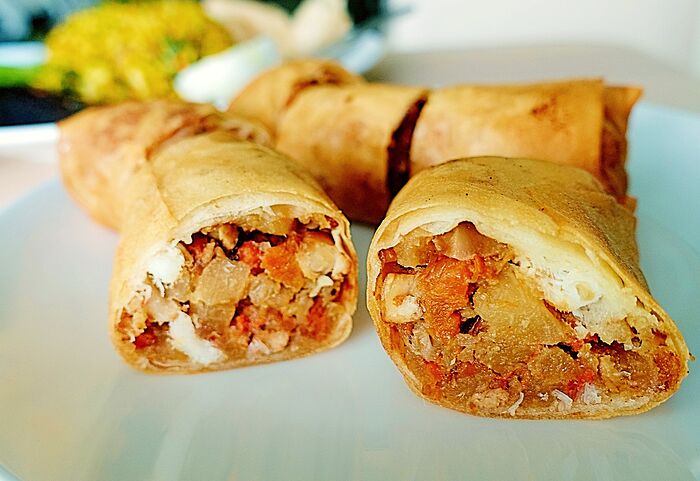 The nasi ulam take-out set we ordered came with a fried tamarind-marinated mackerel, half a hard-boiled salted duck’s egg, raw winged beans, and some fish crackers. Tasty - one of the better ones around town. 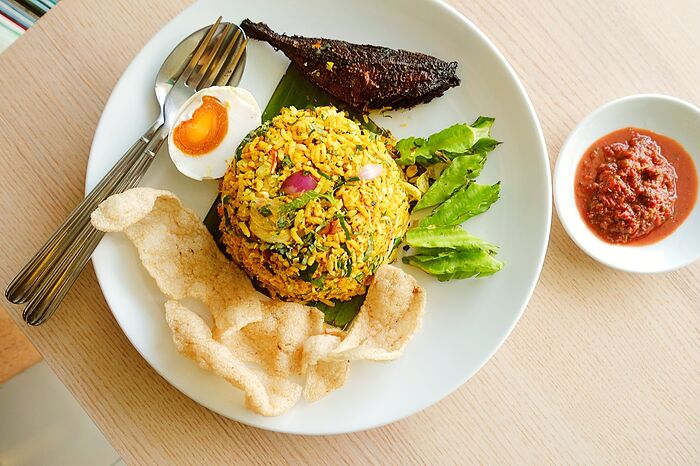 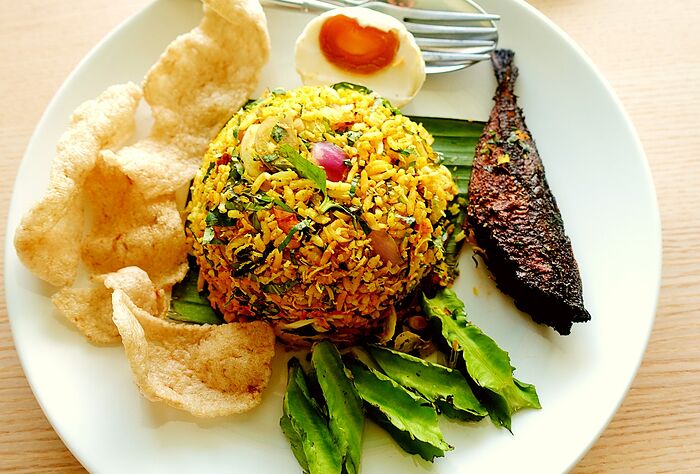 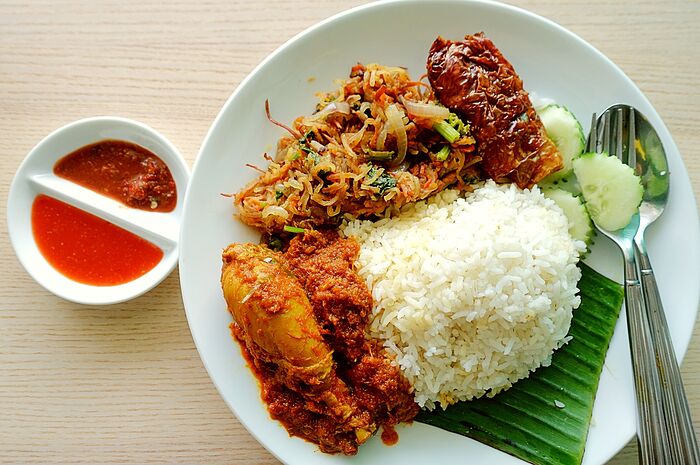 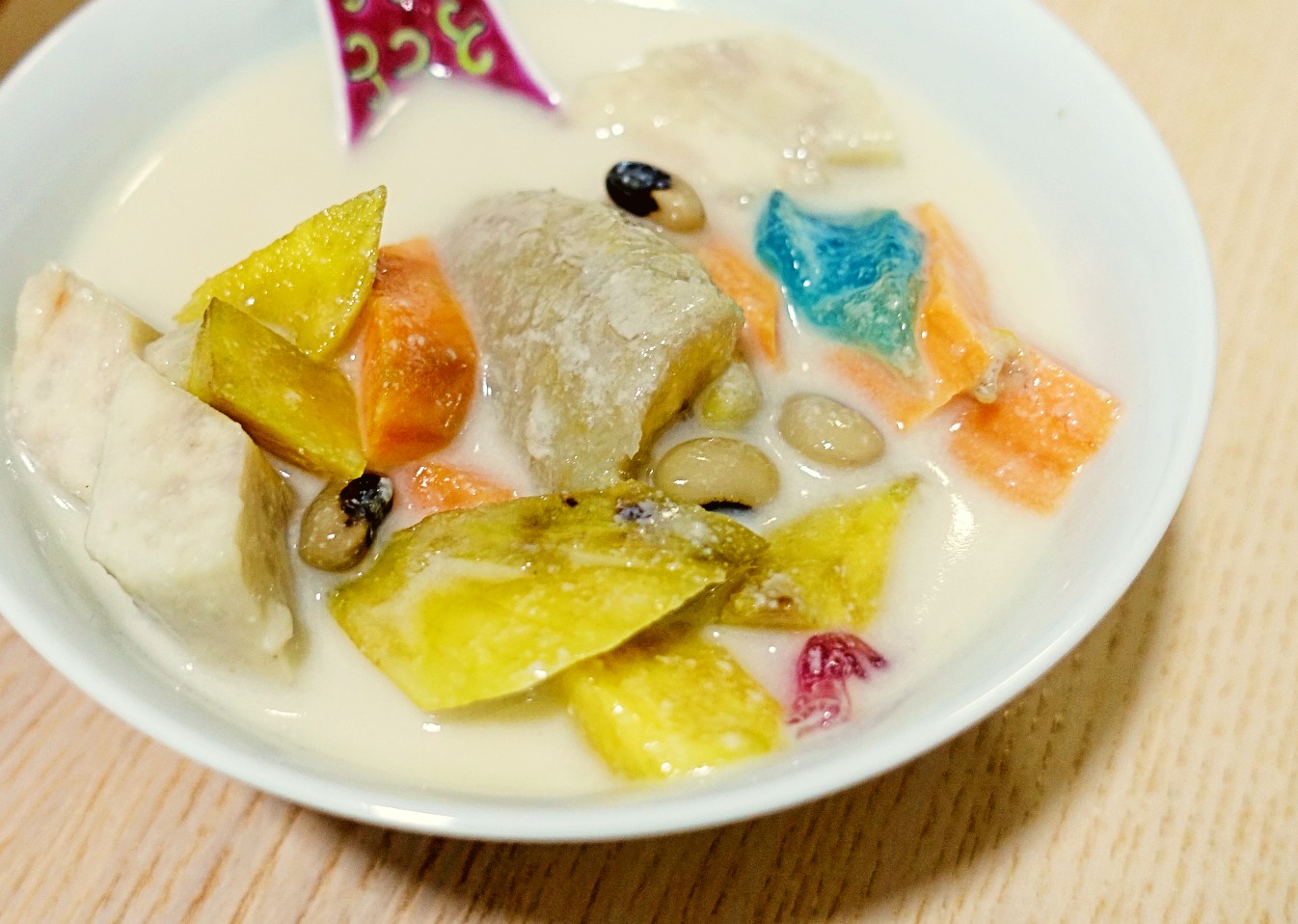 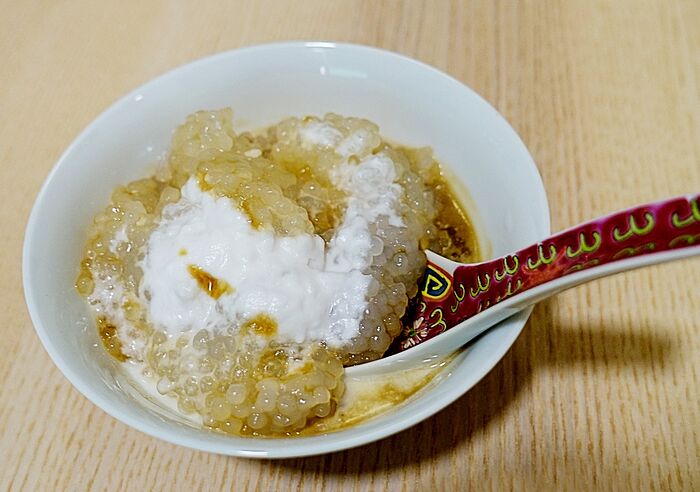 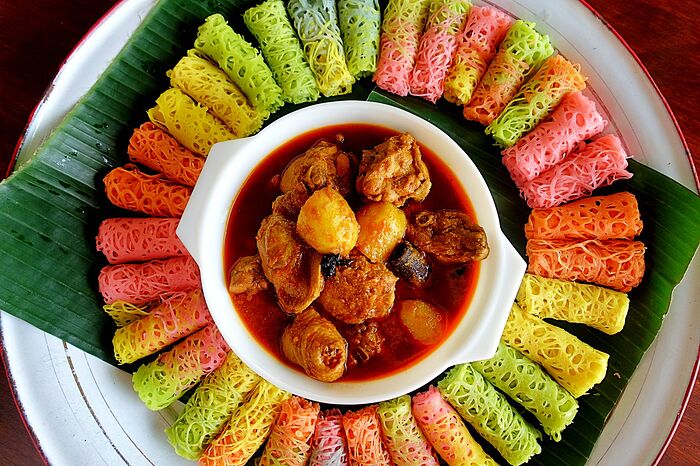 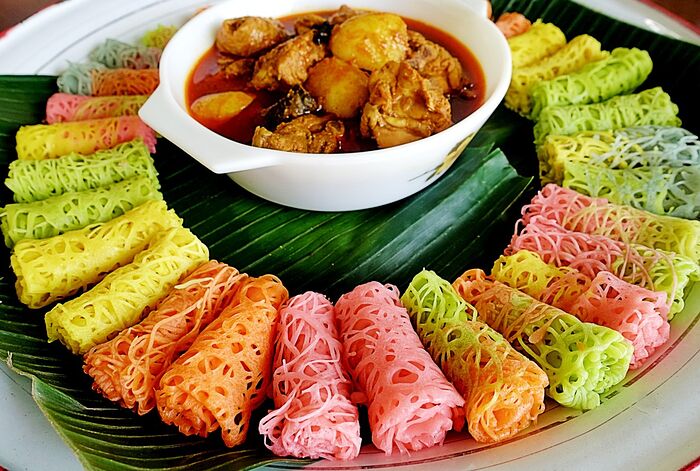 The roti jala was served with Hainanese chicken curry, which has a slightly different taste profile from Nyonya chicken curry. 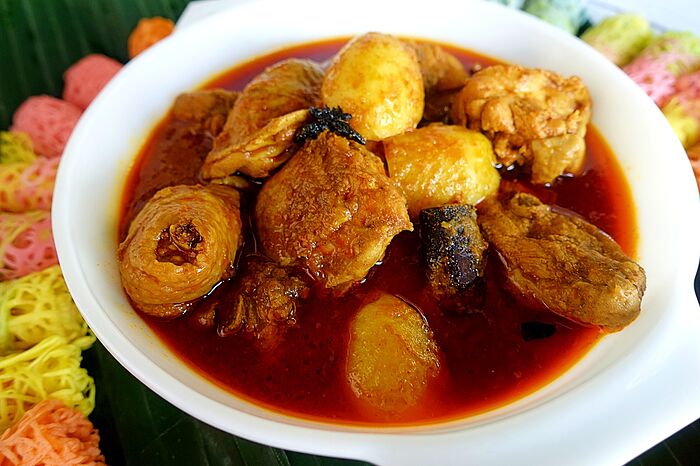 We also ordered the crisp, golden-fried spring rolls, which were terrific. 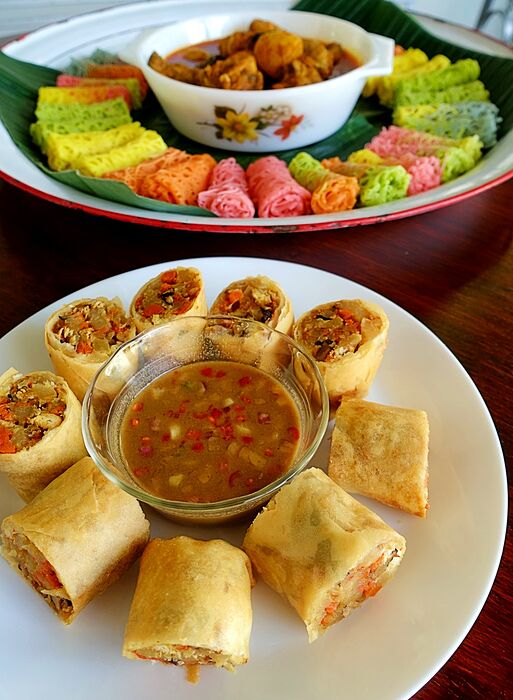 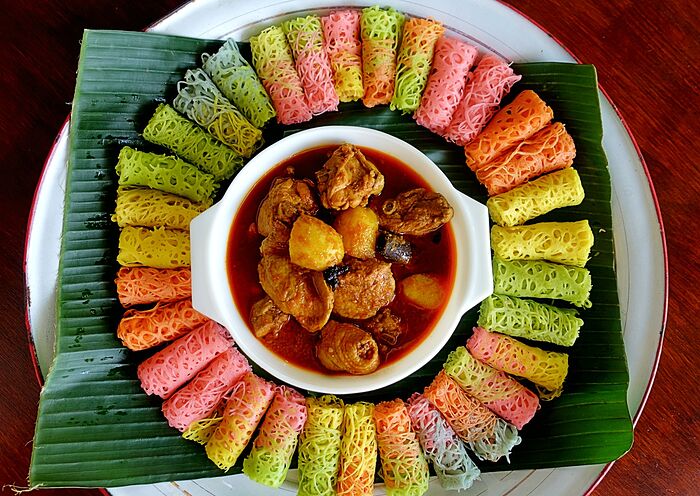 Fun meal! The spring rolls were fat, looks good. At least your quarantine is not boring.

At least your quarantine is not boring.

Honestly, the quarantine is driving us nuts! This lockdown seems interminable.
Let’s all look forward to a return to normality soon. Stay safe, @naf !

I’ve heard the Malaysien government is not particularly stable due to the recent outbreak.

At least, you’re still trying to stay sane with food. For me the confinement was a big challenge for personal relationships, food wise I was more adventurous in cooking new stuff .

@naf Yes, it was pretty horrendous on the political front. All the bickering has also affected the government’s response in handling the pandemic. We’re keeping our fingers crossed here.

Hainan Town has moved from its long-time Weld Quay location to this new location on Sep 5 2021:

I must have missed this first (and second) time around. Fab looking food, again - the roti jala are such fun.

the roti jala are such fun.

Oh yes, they were soft, eggy crepes. Traditionally yellow-hued from the addition of saffron or turmeric into the batter before cooking, Hainan Town brought it to another level with its multi-colored options. 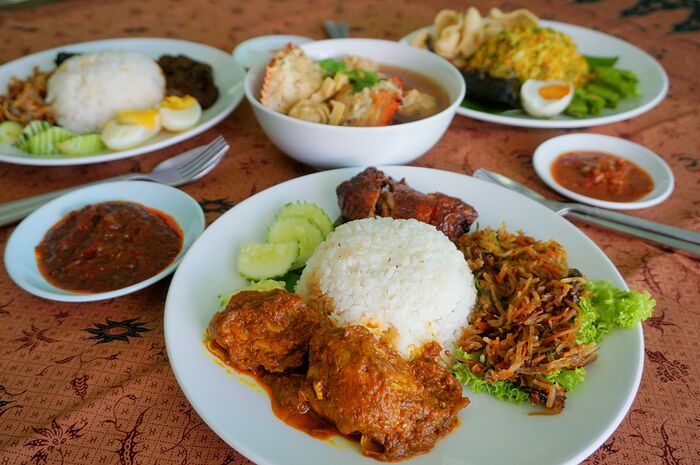 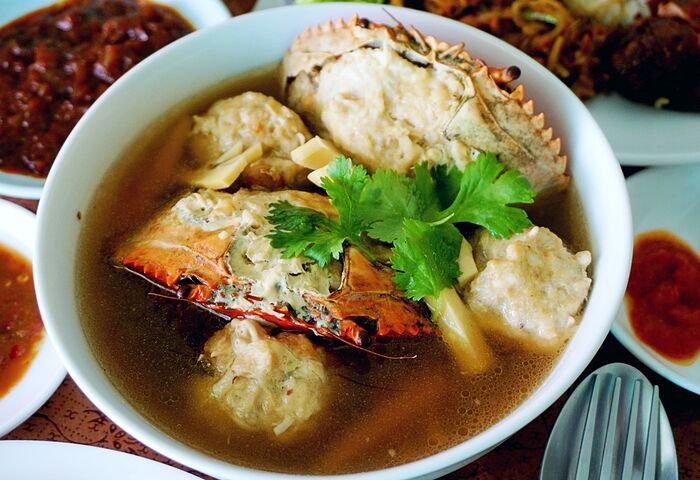 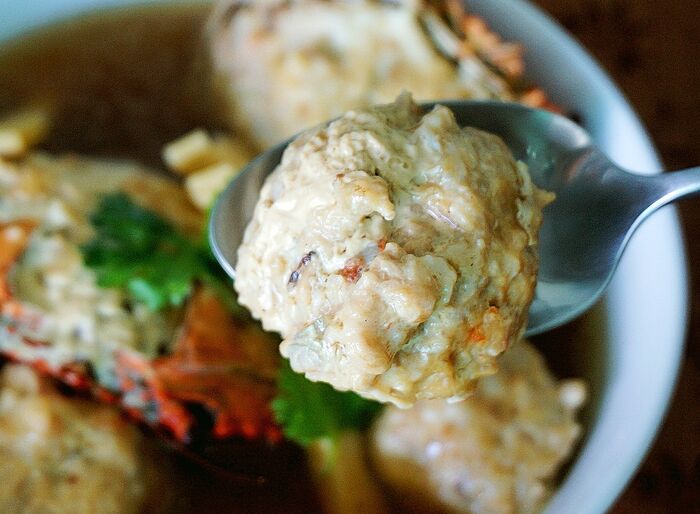 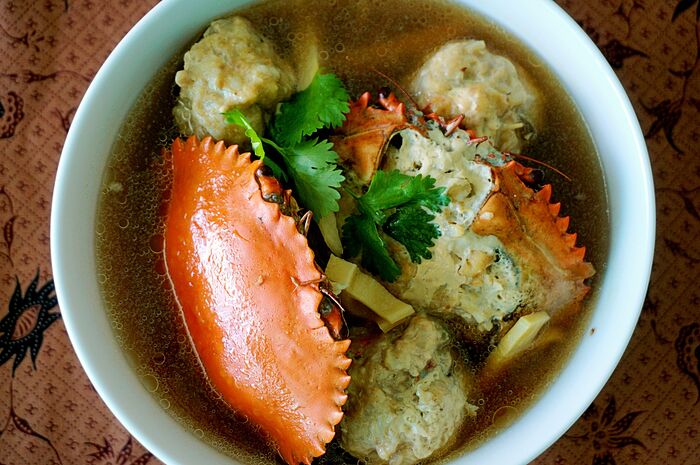 We ordered 3 type of lunch- sets, which we picked up from their new premises on Kajang Road: 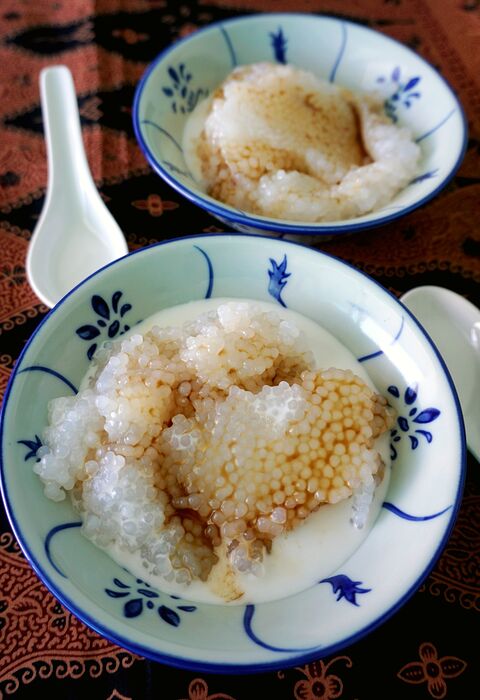 @Harters No more Lao Gan Ma condiment - what a relief. 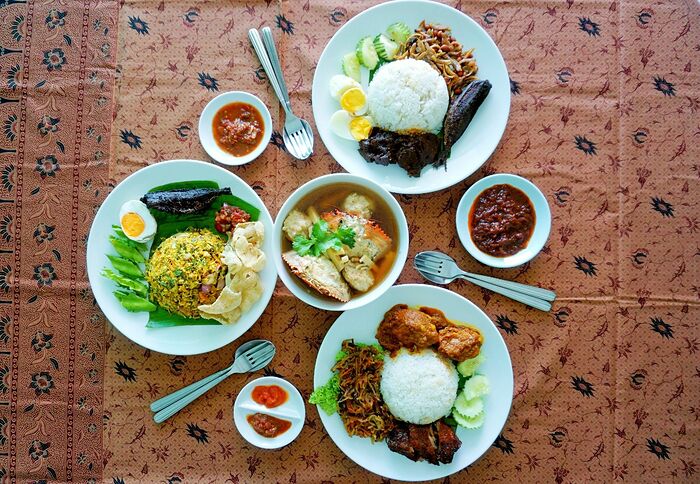 I’ve not seen sago, as a dessert, since I was a youngster. Back then, you could get a creamy sago pudding in tins. A childhood favourite, with raspberry jam stirred through it.

Back then, you could get a creamy sago pudding in tins. A childhood favourite, with raspberry jam stirred through it.

We actually have tinned sago dessert in supermarkets here in Singapore or Penang even as recent as the 90s! Imported from the UK, no less.

I see that you can still order the one by Ambrosia online in the UK: 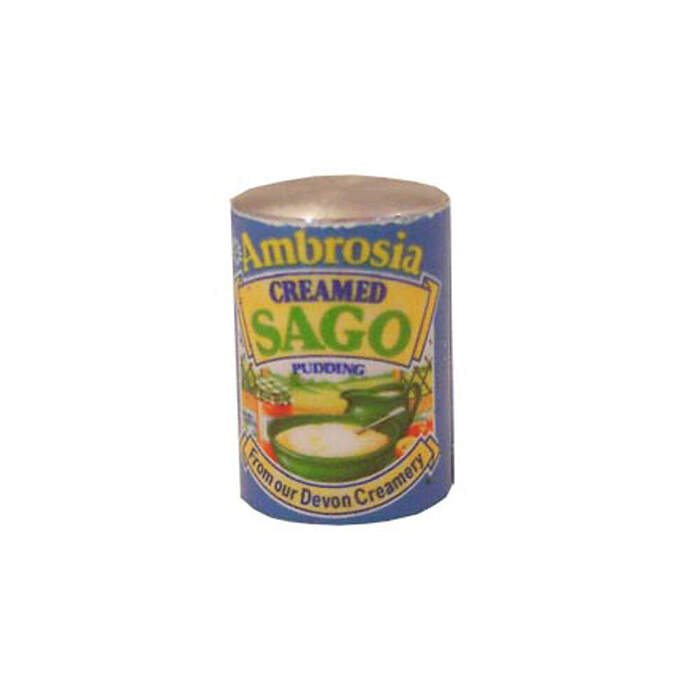 Here’s a “proper” one:
https://www.britishcornershop.co.uk/ambrosia-creamed-rice-pudding

Ah, that’s rice pudding - still readily available in supermarkets here. It is a long time ago but I think it was Ambrosia who used to make the sago version.

It is a long time ago but I think it was Ambrosia who used to make the sago version.

Ambrosia probably stopped production because of the difficulty in procuring raw sago supplies. We don’t have such problems here in Singapore, Malaysia or Thailand.

I heard tapioca pudding can be a close substitute.
https://www.sainsburys.co.uk/gol-ui/product/rice-sponge-pudding/ambrosia-tapioca-385g

Sainsbury’s is our usual supermarket and we’re actually just off there now for the weekly “big shop”. I’ll look out for the Ambrosia. That said, all the news stories in the last few days are about shortages due to supply chain issues, so I’m half expecting lots of empty shelves (and a big queue to fill up with petrol).

That said, all the news stories in the last few days are about shortages due to supply chain issues, so I’m half expecting lots of empty shelves (and a, John. big queue to fill up with petrol).

Yes, we’ve been following the news on that. Hope things won’t turn out to be too bad, John. Keeping our fingers crossed here.

Just back from Sainsburys. Seemed reasonably well stocked - and much better than when my companion in life was there a few days back. And only a short queue for petrol (not that I needed to fill up). And I got my tin of Ambrosia Tapioca pudding