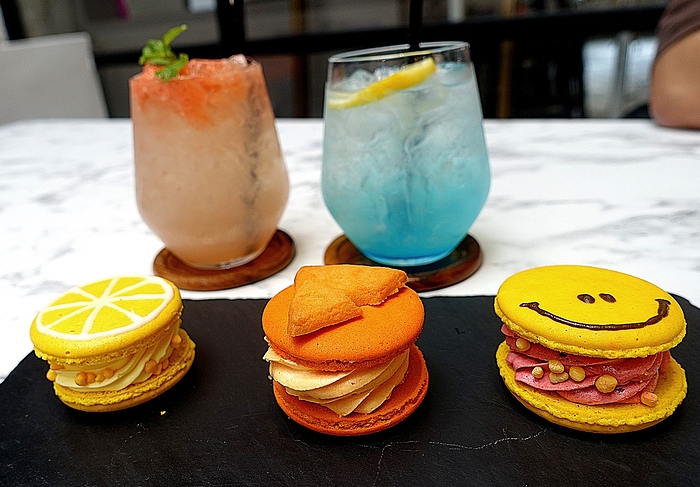 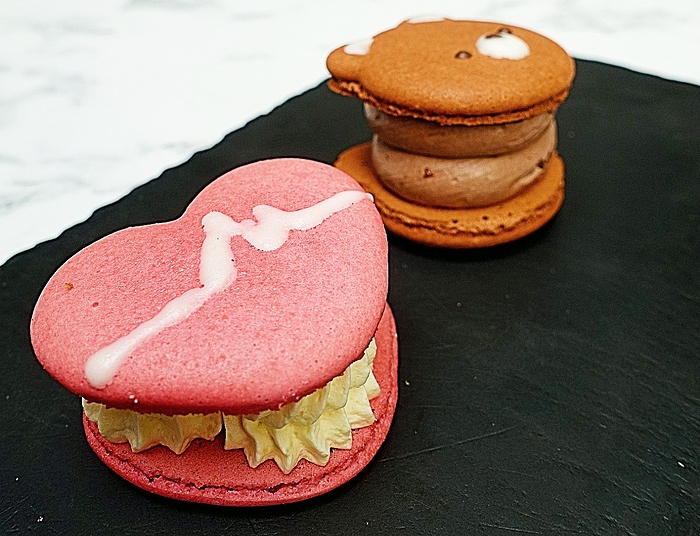 Typical of casual Mod-Korean eateries here, the savoury dishes are mainly fusion Korean-Western concoctions: I ordered the Buldak Pasta, pasta with sliced chicken ham and mushrooms, dressed in a combination of very spicy buldak sauce, tempered by creamy carbonara sauce. Even as my brain scrambled to decipher the odd deliciousness assailing my tongue, the dish was strangely addictive, and one just couldn’t stop eating it.

Anyone who’d trawled Seoul or Busan for their street food would know the fiery tteokbokki. Now, imagine replacing the fat garaetteok rice cakes with Italian pasta. Add carbonara sauce to the mix for its creamy richness, then spike up the whole thing again with gochugaru red chili flakes, spicy gochujang chili paste, sesame oil and other condiments and, finally, top it all off with shaved Parmigiano Reggiano & dried basil flakes. That is Buldak Pasta for you. It’s like Mario Batali meets Hellboy. 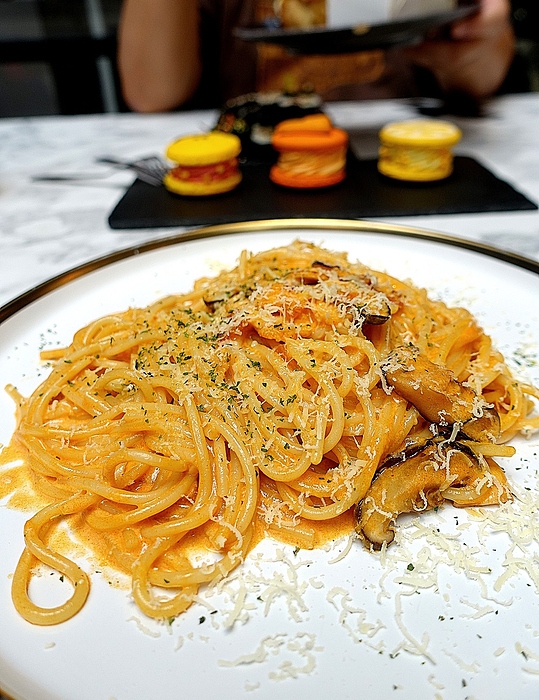 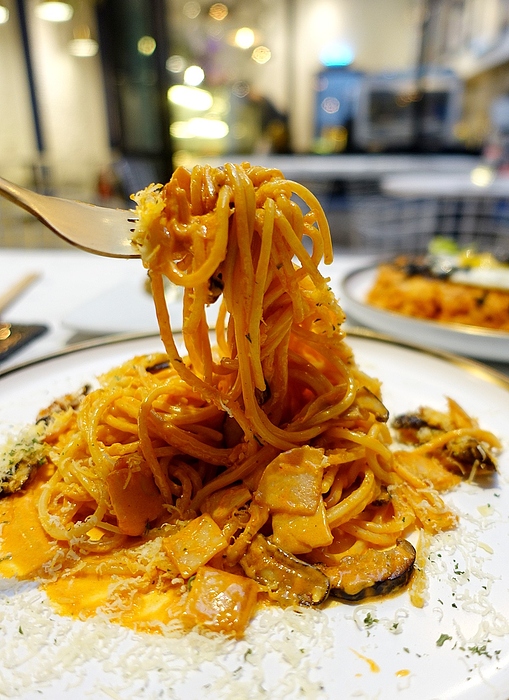 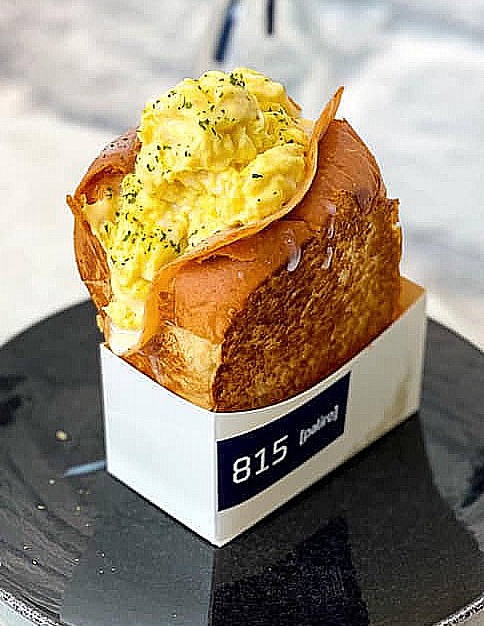 We also ordered a platter of gimbap to share. Gimbap is essentially Korea’s answer to Japanese norimaki rolls, though the Korean rolls tend to be meatier (sometimes with marinated, grilled beef filling, unthinkable to the Japanese for their sushi), and where the rice is flavoured with sesame oil, instead of vinegar, as for Japanese sushi rice.

For dessert, we had a Croffle - a waffle cooked using croissant dough, resulting in a buttery-rich, layered biscuit. 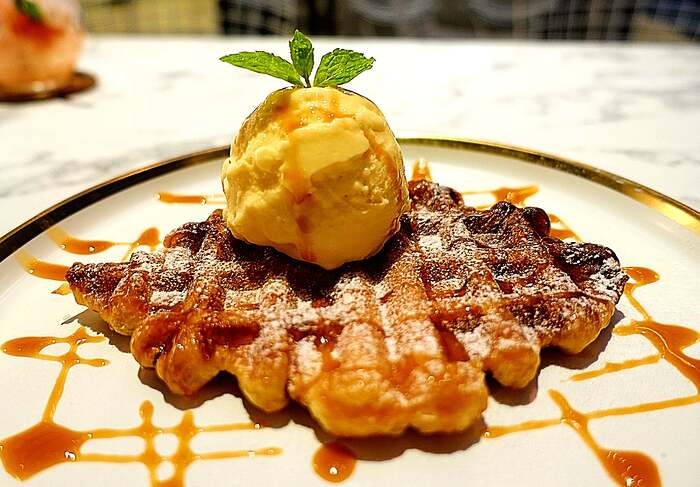 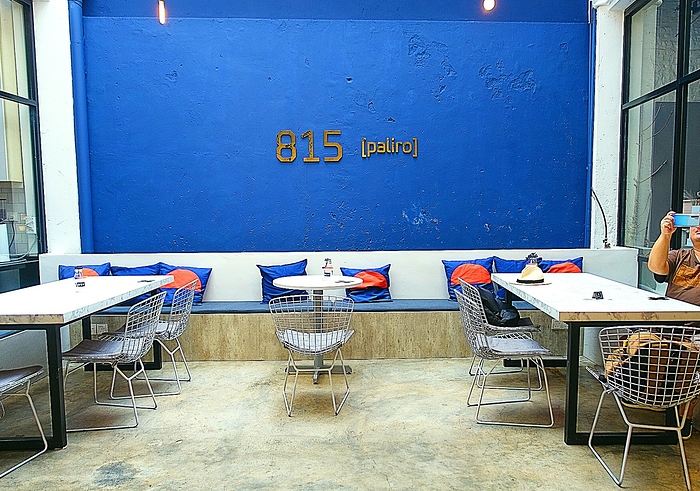 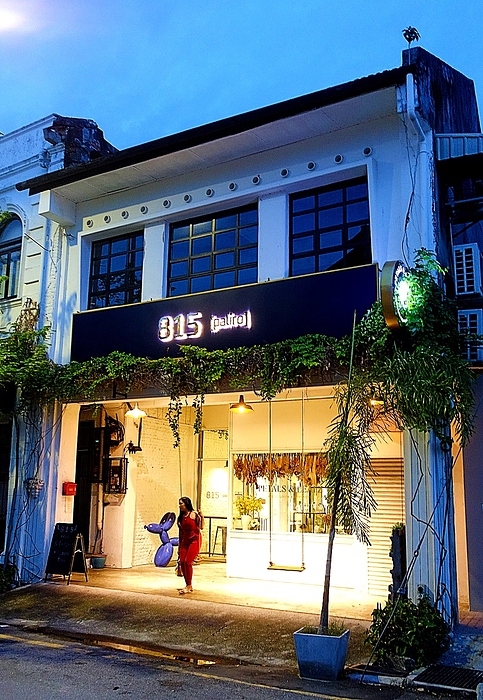 It’s a very rare occurance where I simply don’t fancy the food you’ve eaten. This, I’m sorry to say, is one.

I like kimbap. Super common in Korea where kimbap is also eaten alongside other dishes.

It’s a very rare occurance where I simply don’t fancy the food you’ve eaten. This, I’m sorry to say, is one.