The iconic Minah Restaurant is a dining landmark of sorts in Gelugor. In the 1960s and 70s, its chicken curry and mutton kurmah were among the most popular in Penang, rivalling those from Dawood, Ghani or Meerah in the city. The fact that Minah Restaurant has outlasted all those legendary but now-defunct eateries says quite a bit for this family-run enterprise.

Minah Restaurant was founded in 1957 by Mohd Sultan Eusoff, a tall, burly dark-skinned Indian-Muslim (locally referred to as “Mamak”) who’d emigrated to Penang from Tamil Nadu, South India, as a boy of 10. He rose to become the Postmaster of Bukit Gelugor. But good food and traditional cooking were his main interests, and something which his daughter, Minah Bee, shared. He’d decided to open a restaurant then, naming it after his daughter, allowing her to pursue her passion in cooking. Minah ruled the roost in the 1960s-70s, which was when Minah Restaurant became a household name to food-loving Penangites.

Minah, who inherited her father’s dark complexion, was a plump and diminutive woman, but possessed a larger than life personality. She was a force of nature, a chef extraordinaire like no other and an absolute perfectionist when it came to cooking. Every morning, Minah would prepare all the spice mixes (“rempah”) by herself, grinding the ingredients by hand, using the large, heavy granite mortar and pestle. Her chicken curry was legendary - intoxicatingly aromatic, its scent could be detected 3 doors away!

Minah’s husband, whom everyone called “Cikgu”, was a thin, pale-complexioned, mild-mannered and soft-spoken Malay schoolteacher, who’d come and sit in the restaurant after his classes. Regulars would chat with him - this was back in the 1970s when life moved at a slower, more languid pace in Penang.

There was also a thin, wiry loud-voiced Mamak waiter, well-known back in the 1970s to all customers, who’d shout one’s orders from the tables straight to the kitchen!

Today, the restaurant is run by Minah’s great-grandsons, Ahmad Subree, 28, (who cooks alongside their chief cook, Salbiah Mat, 53) and Ahmad Daniel Muhammad Noor, 33, who manages the front of house, assisting their their father, Muhammad Noor Abu Bakar, 57. They offer a larger spread of dishes nowadays compared to half a century ago, as diners today look for more choices in a lunch spread. 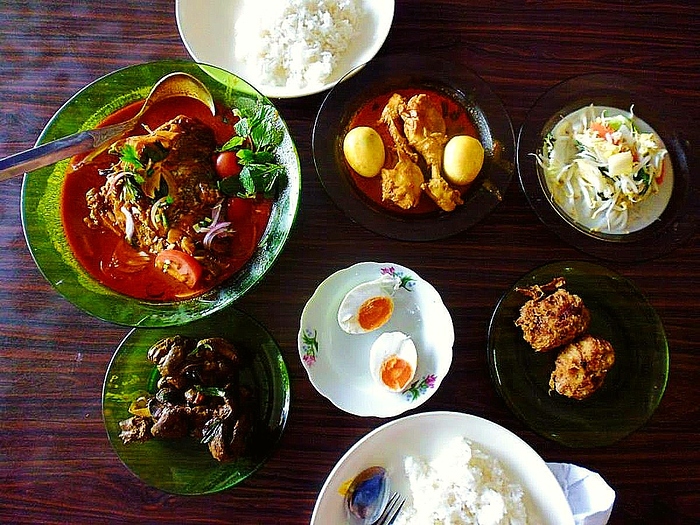 Fish-head curry - one of the most popular offerings today, but which had not existed during Minah’s time. 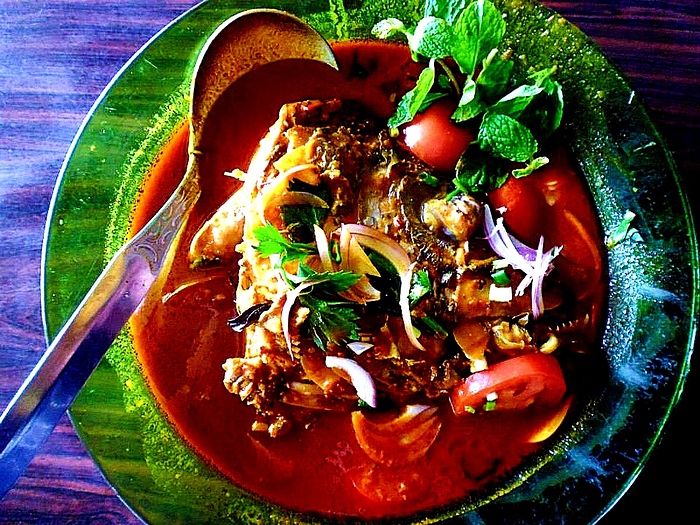 Chicken curry - the version we had nowadays bore no resemblance to the famous dish of yore. Minah left her restaurant to the family, but she didn’t leave her recipes. 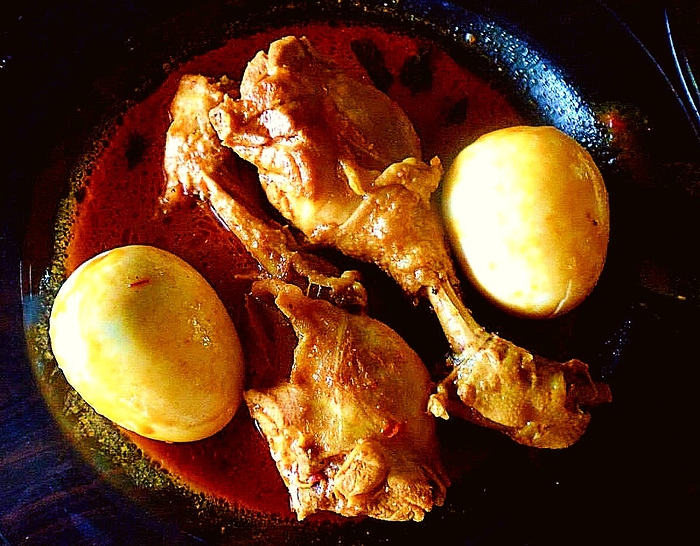 Spiced, fried chicken livers - I quite liked this dish, as I’ve always been partial to well-cooked livers. Over here, it was done just right, and with the right amount of spicing. 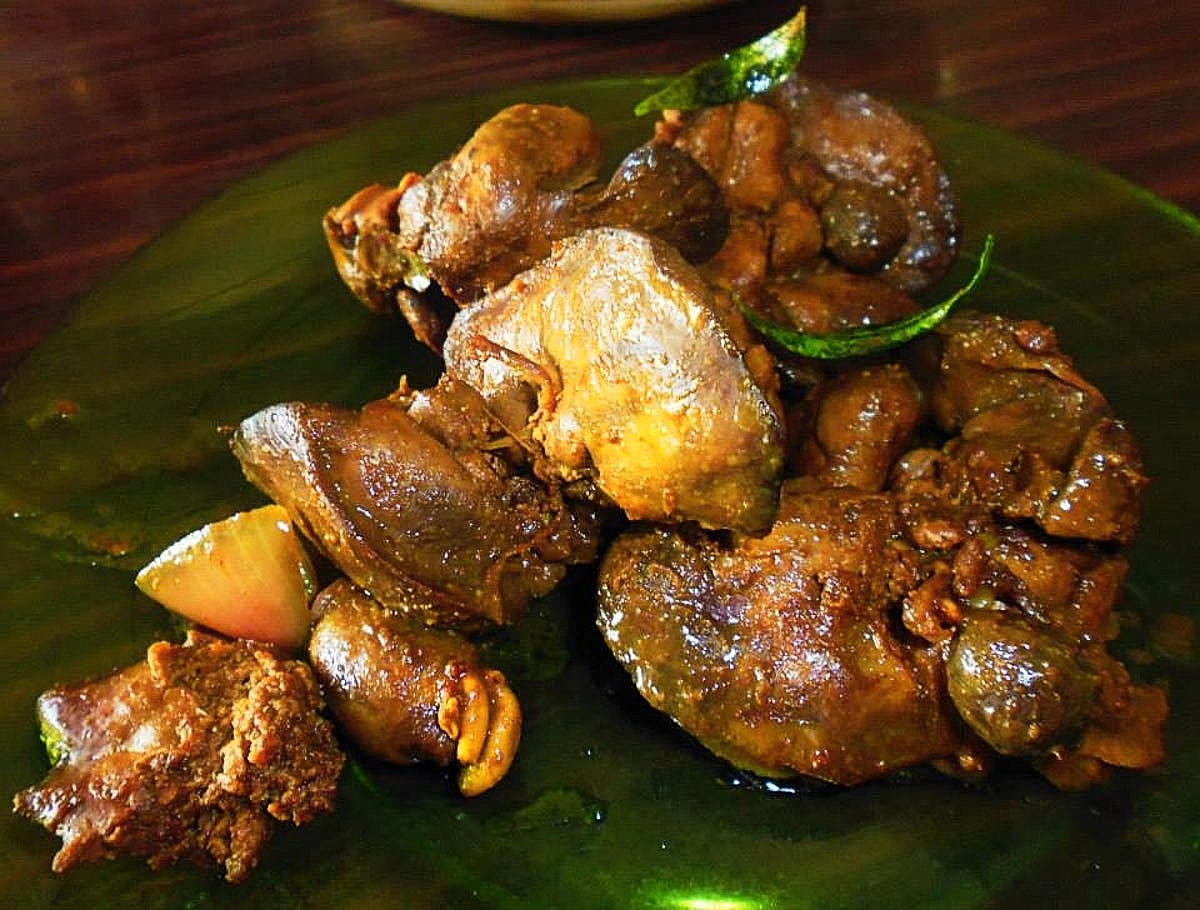 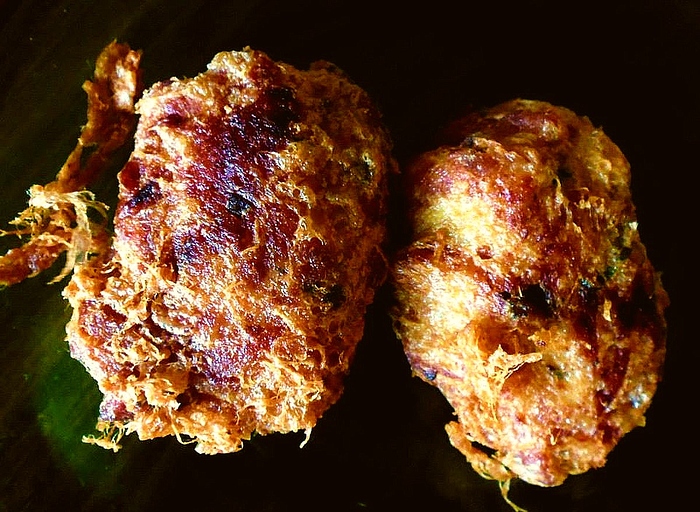 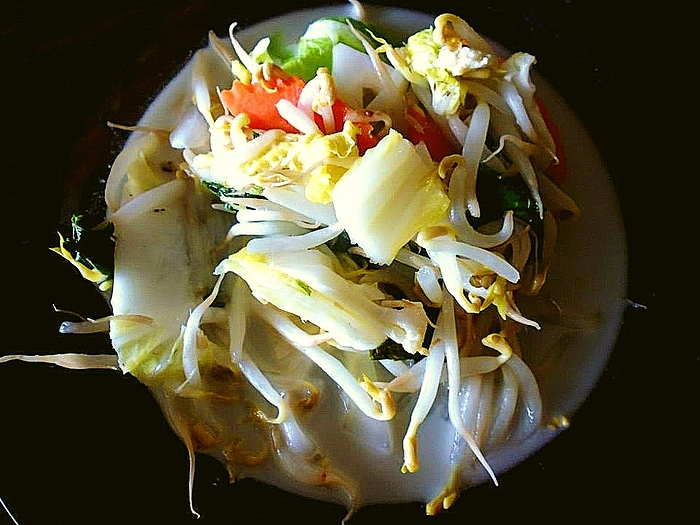 Malays are Muslims, so no alcohol is served here. We had some Sirap Bandung - chilled, rose syrup-flavored milk drinks. 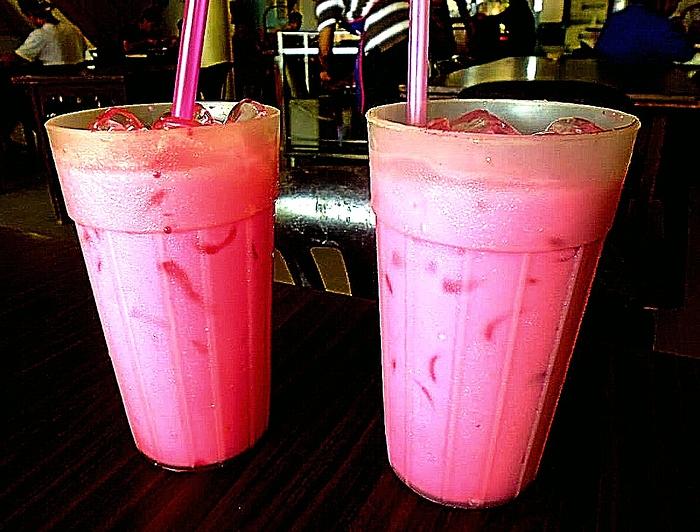 We finished our meal with a shaved-ice dessert, known as ABC (“Air Batu Campur”). 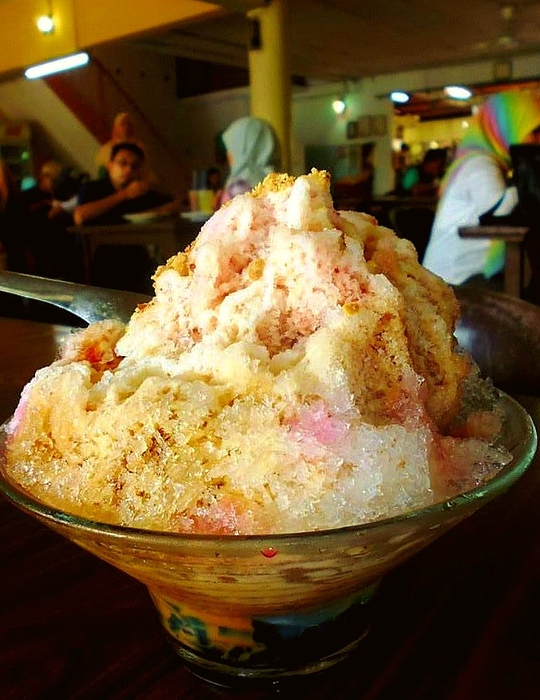 The restaurant is still well-patronized at lunch - there is quite a bit of goodwill built up through the decades. I do miss the old smells of the spices and the flavors, though - much have been lost, it seems, in the past decades. 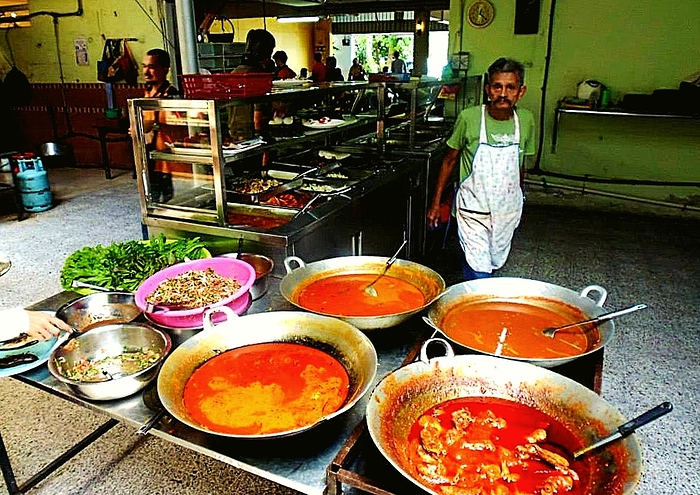 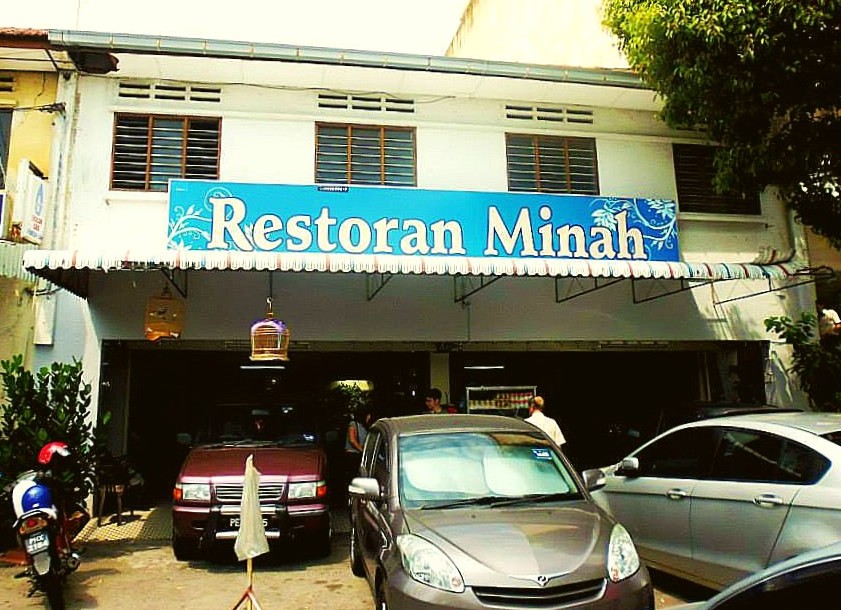 Me too. There’s a couple of places near me which do them with tikka spicing, as a starter. Just cooked through - no more than that - so still juicy.

Just cooked through - no more than that - so still juicy.