If there was a Numero Uno amongst Penang’s collection of trendy cafes, it has to be ChinaHouse. Narelle McMurtrie’s pioneering cafe along Beach Street has been pulling in the crowds since its inception back in 2011. The über-cool cafe scores a few firsts in Penang: from being the longest cafe in town (nearly 400 feet!); to offering the largest selection of cakes - with up to 30 types of freshly-baked cakes at any time of the day; and also having the best-selling cake ever: their popular tiramisu sells up to 650 slices a day on weekends! 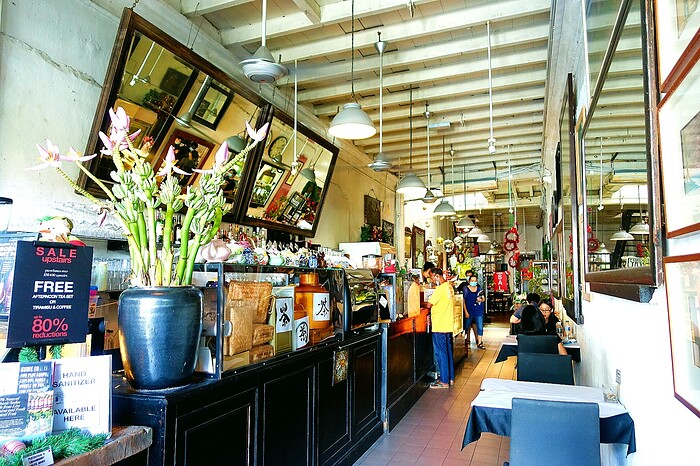 ChinaHouse encompasses 3 traditional Chinese shophouses, 2 fronting Beach Street, adjoined to a third one facing Victoria Street via an art mural-lined narrow lane which takes in an open courtyard and a decorative pool in-between. 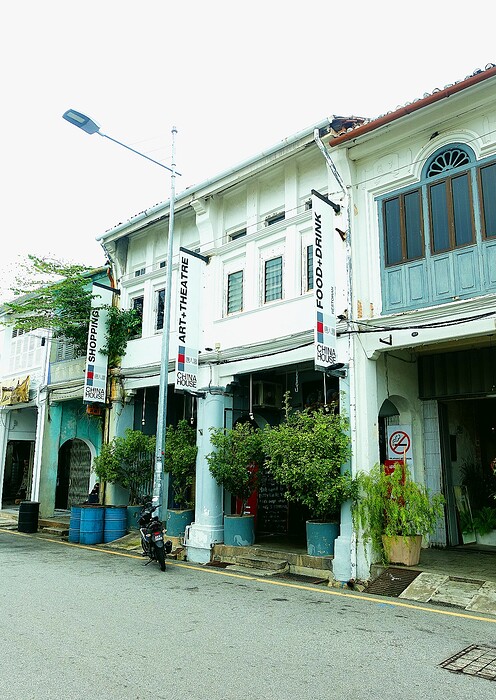 Cakes are churned out by its in-house Beach Street Bakery, whilst its cafe, kopi-C, offers lunch options ranging from salads, sandwiches, quiches, to its signature chicken-and-mushroom pie, reputedly Penang’s best. 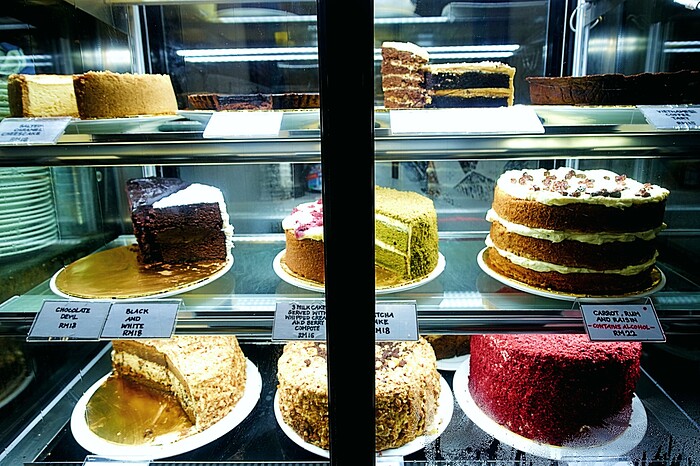 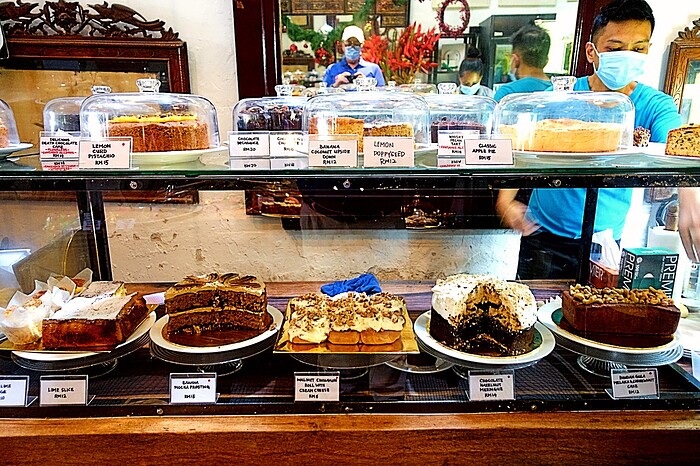 The atmospheric dining rooms are surrounded by paintings, books and artworks lining the walls. Diners are encouraged to doodle on paper-topped tables. Almost every other celebrity to Penang would’ve visited China House, from British actress Julie Walters to Camilla, the Duchess of Cornwall. 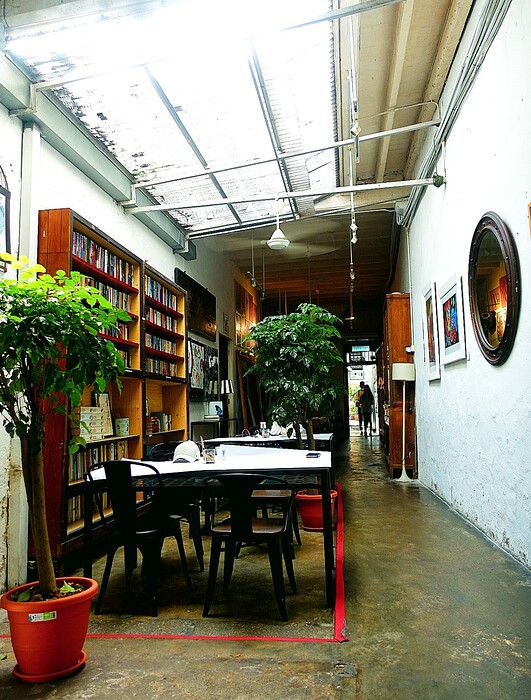 Avocado, arugula, cashews, pomegranate & feta salad - a very moreish salad, packed full of ingredients, from stewed lentils, cranberries, and shaved carrots to sliced radish, which complemented the other ingredients already listed in the menu description. I rather liked the cashews, which were actually caramelized and coated with sesame seeds, giving each cashew cluster a sweet crunch. 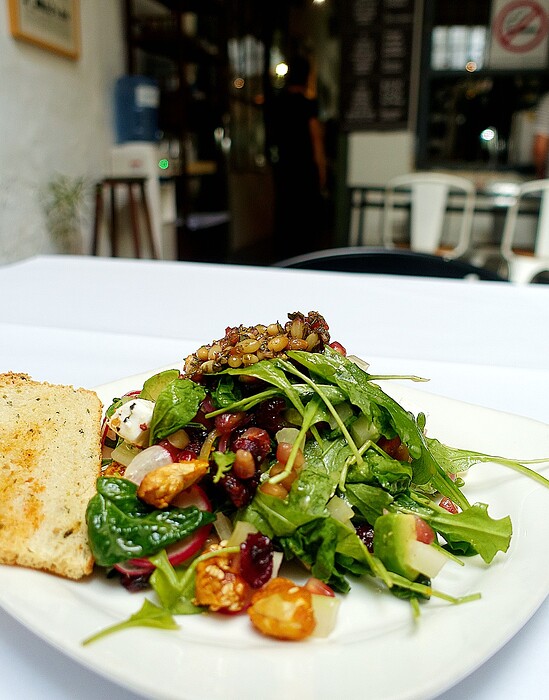 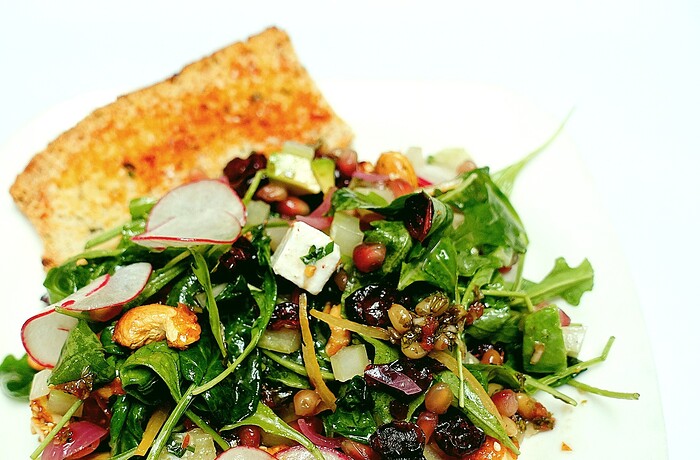 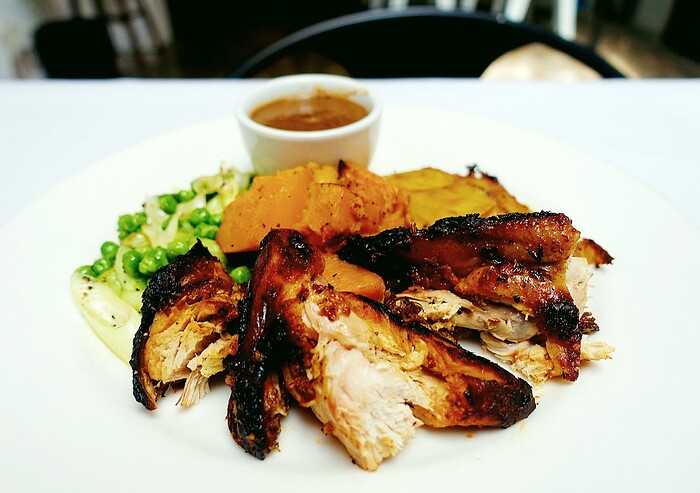 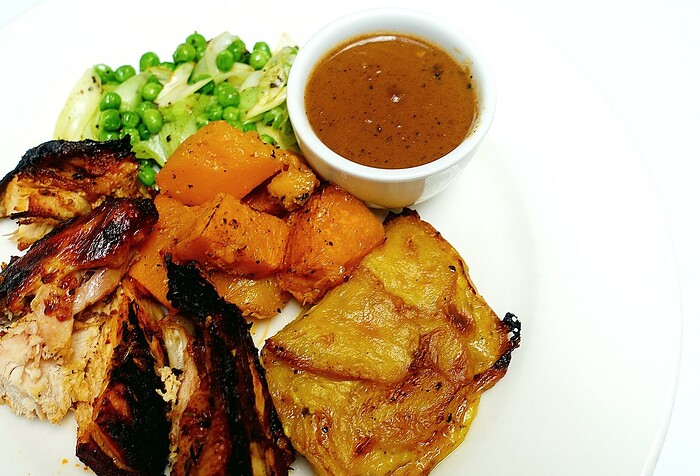 Chicken-and-mushroom pie - so this was the pie everyone was talking about. It was good, and I do mean really good - creamy, moist, very tasty chicken/mushroom filling, encased in a beautifully buttery short-crust pastry shell. The rich, creamy mash on the side was a bonus. Yes, definitely the BEST in Penang, though a shade below the pies from Kuala Lumpur’s Cafe-Bistrot David, which I think are the best in the country. 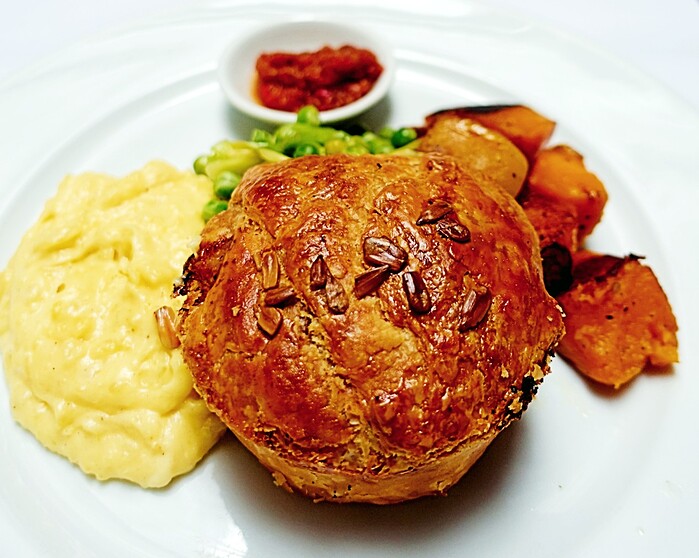 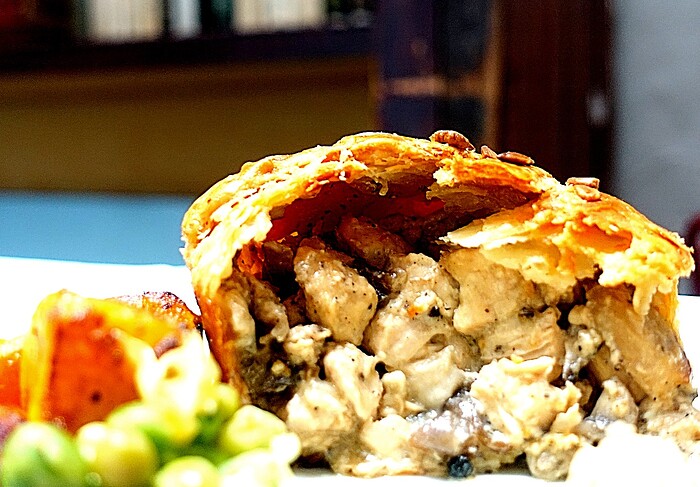 Ginger bud pesto spaghetti, with cucumber salad - I remember this dish as the only carry-over from Narelle McMurtrie’s first culinary venture in Penang: KopiCine Cafe on Stewart Lane, about a decade back. 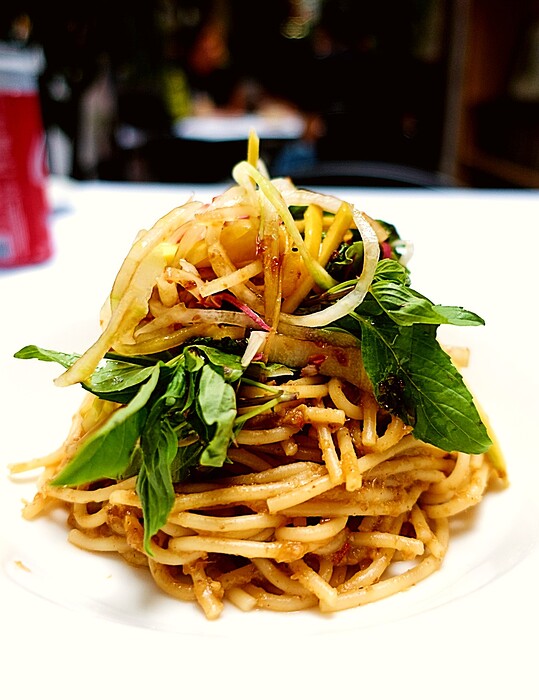 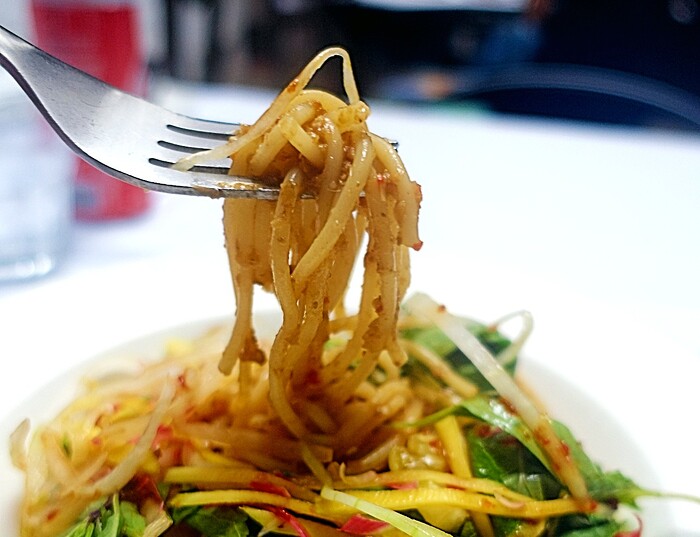 For me there’s almost never a bad meal at ChinaHouse - the service has always been exemplary, which makes up for the sometimes slow kitchen. 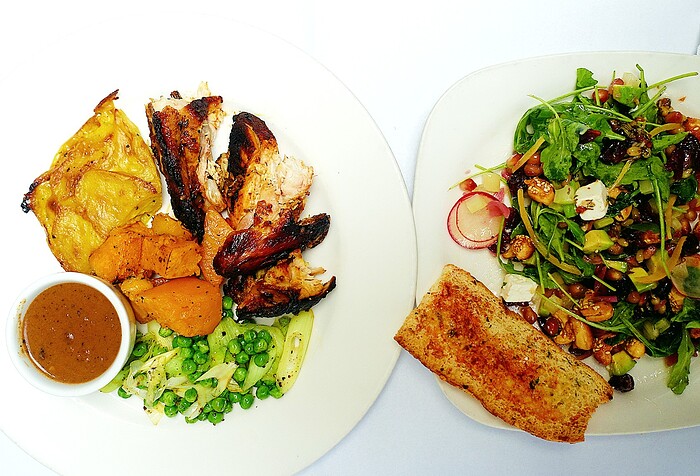 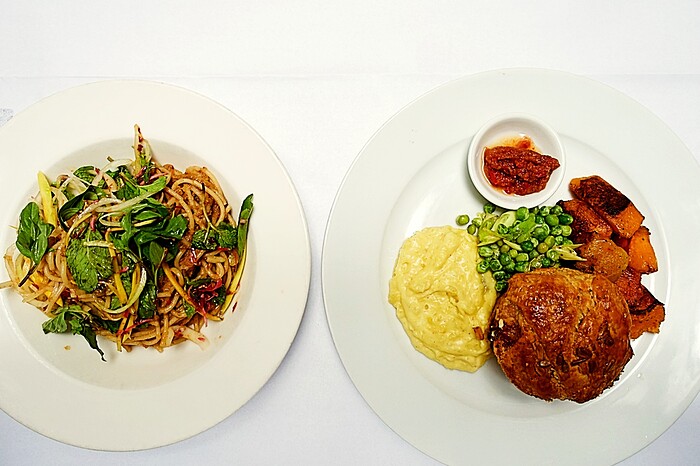 ChinaHouse also has quite a nice spread of Christmas baked goods at the moment. 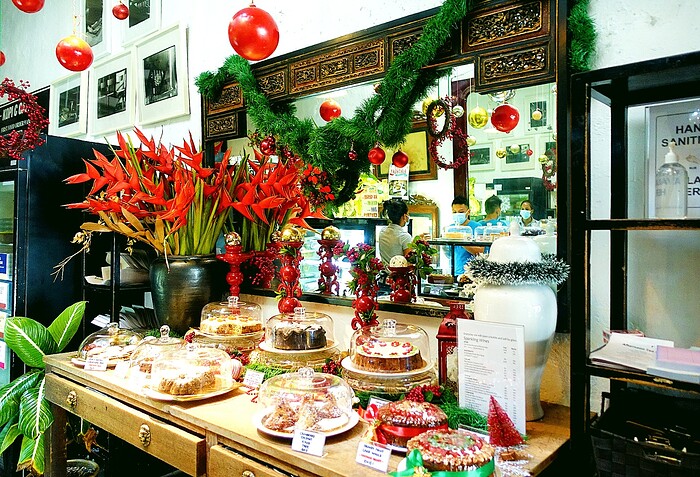 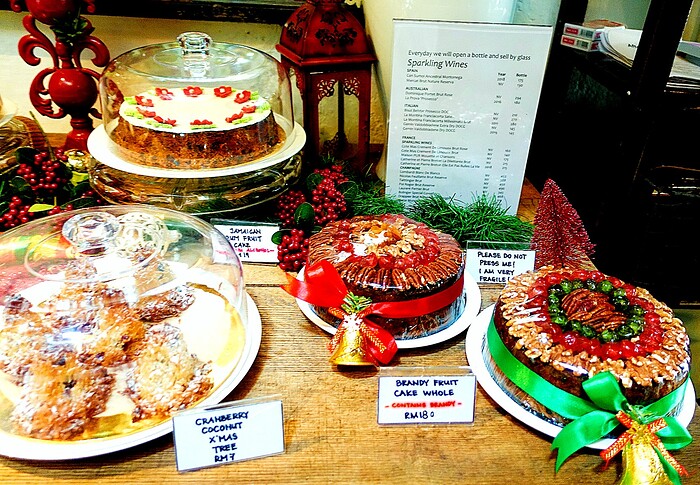 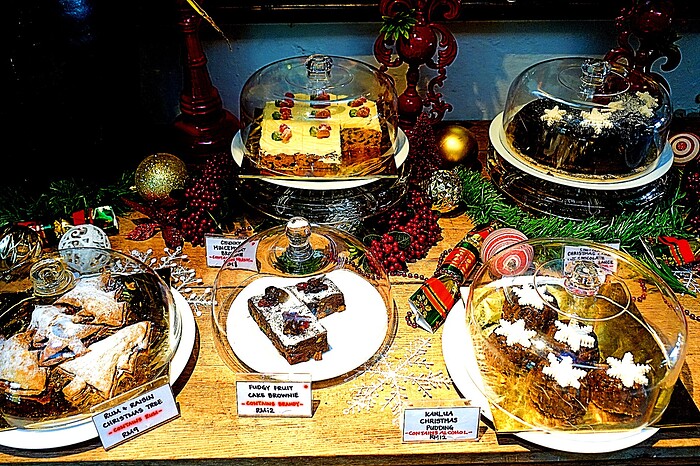 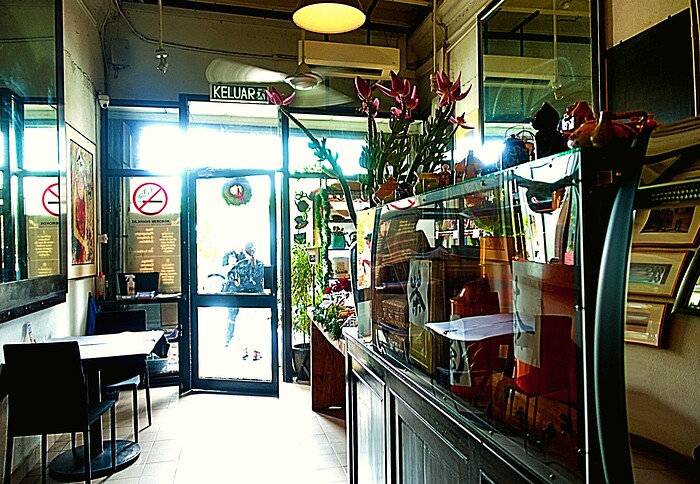 Peter, I can see the dessert prices from the pictures. Very cheap for US standards. How much is the food?

How much is the food?

The chicken-and-mushroom pie and the ginger bud pesto spaghetti were both priced at RM28 (US$6.90), whilst the roast chicken and trimmings was RM32 (US$7.90).