Penang koay teow th’ng can be divided into three major types: the pork version, the duck-meat, and the less-common chicken version. This very popular stall at Lorong Ngah Aboo sells the latter version. It opens early in the morning around 7.30am but it’s off-days are not fixed. Last Friday when I went down there, it was closed 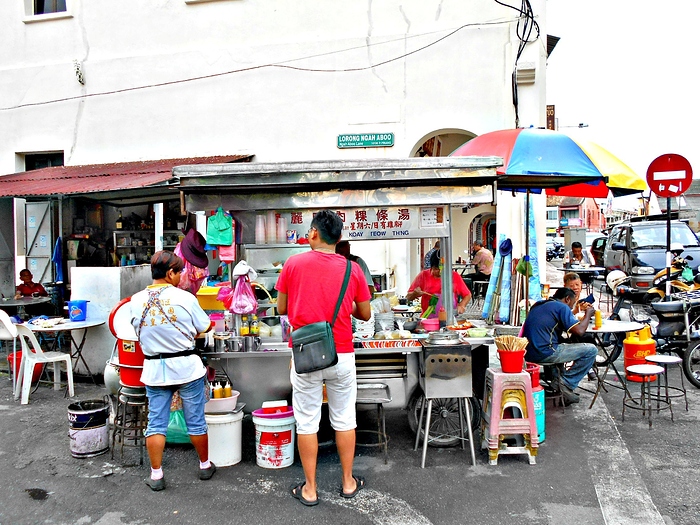 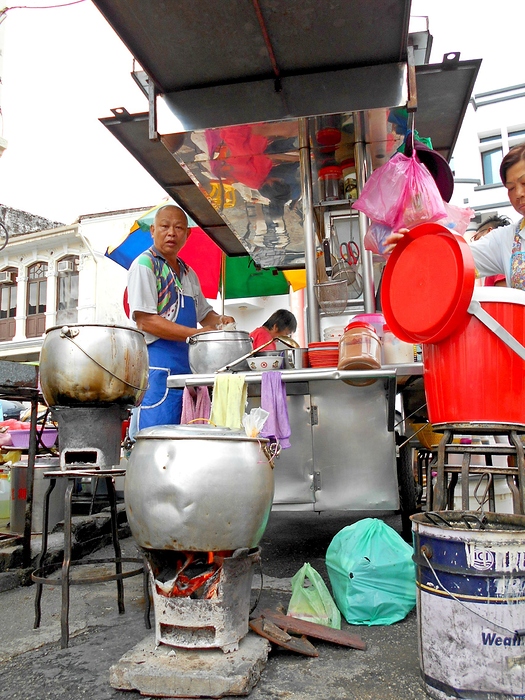 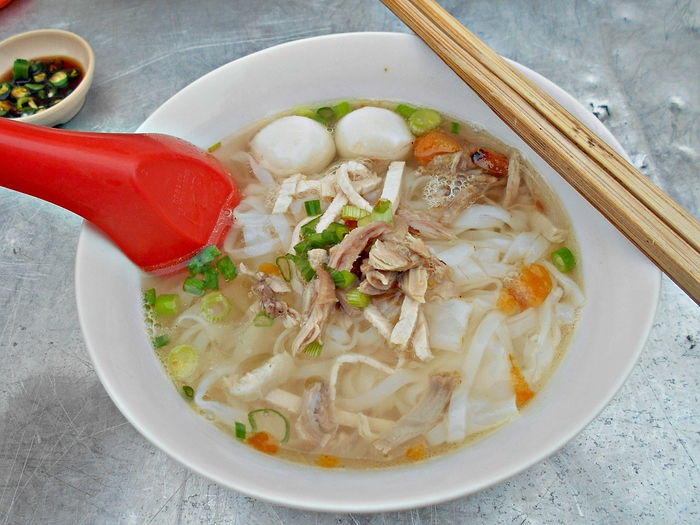 The Teochews also cannot do without their fishballs: 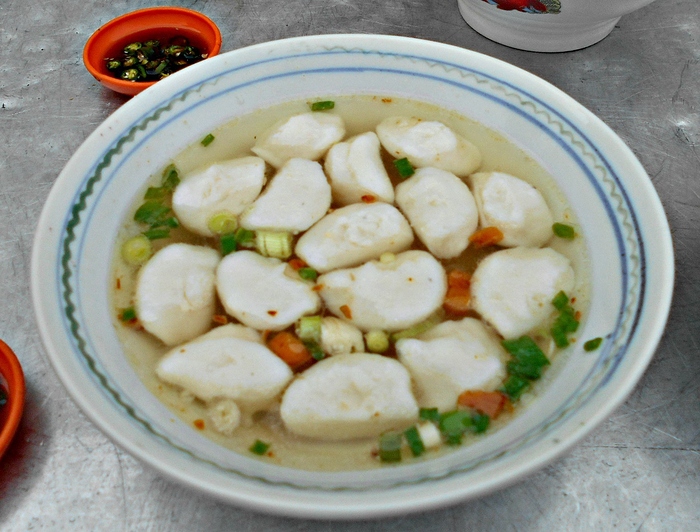 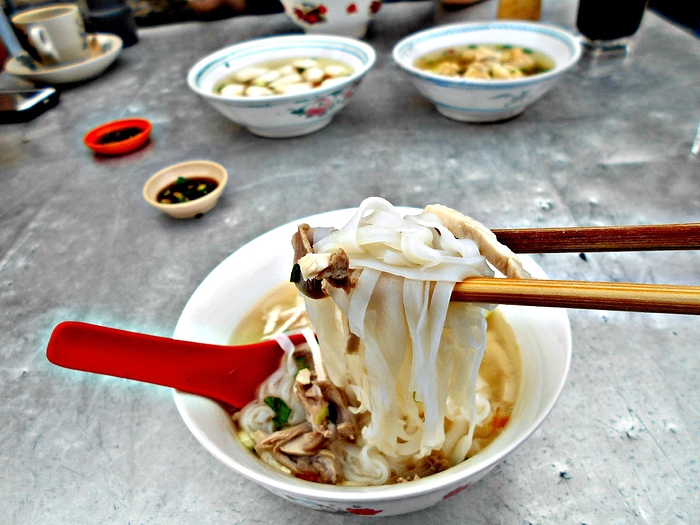 This very popular stall is located at the small Lorong Ngah Aboo, off Kimberley Street, near Carnarvon Street. Come early as they sell out before 11am.

Good to know the history of the koay teow th’ng/ hu tieu nam vang dish. I did not know that its a teochew dish. the versions around where i am, including one in San Jose i posted a few days ago, don’t have fish balls.

How’re their fish balls? Or are the noodles the star?

I think for “koay teow th’ng”, most Teochews go for the fishballs, which are springy/spongey in texture. I’m half-Teochew myself but do not have any affinity for those

Teochew soups are usually light and clear, blander compared to Cantonese versions, but that’s what the Teochew palate prefers.