Just like its sister-city, Singapore, Penang’s George Town may look overwhelmingly Chinese at first glance - but look closer and one sees the rich multi-cultural, multi-racial makeup of the city which has been there since its founding in 1786 by Francis Light, a British adventurer & sea captain working under the auspices of the British East India Company.

Under British colonial rule, Penang island’s original populace of native Malays were augmented by Chinese merchants, traders & coolies from Fujian, Guangdong and other parts of Southern China, and also from all over British India, but mainly from the southern Indian state of Tamil Nadu.

Present-day Little India in the old quarter of Geoge Town is a tiny enclave bordering the historic Beach Street banking area, and exudes the atmosphere of a small Indian village in Tamil Nadu. Within it, temples, mosques, various retail/trading shops, restaurants & casual eateries contribute to the area’s noisy, ever-bustling atmosphere. 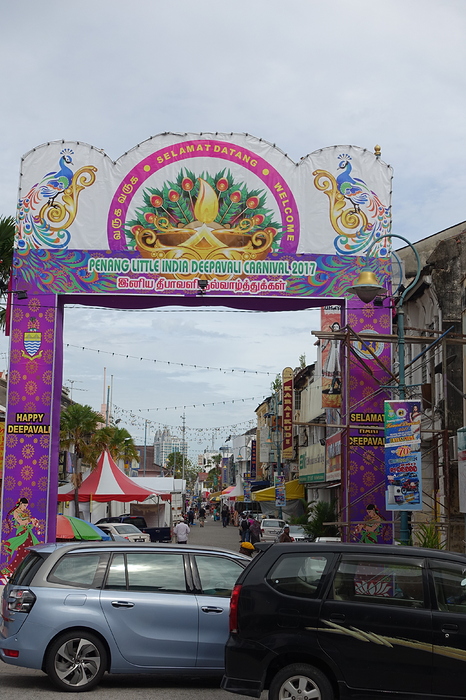 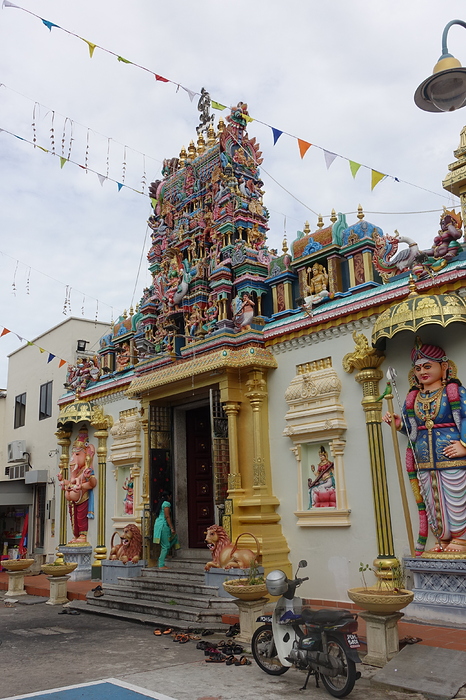 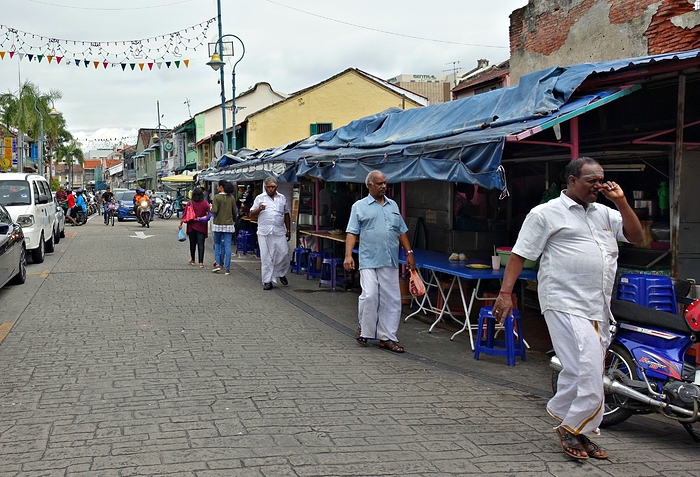 Dawood Restaurant, started in 1947 by an entrepreneural Tamil-Muslim restaurateur-chef, M.M. Shaik Dawood, used to be one of Little India’s top eateries. Like the majority of Tamil-Muslim traders and restaurateurs, he hailed from Ramanathapuram District in Tamil Nadu, India’s southern-most state. Back then, Dawood had the best spiced fried chicken in all of Little India, the creamiest mutton khorma, and the most aromatic curried chicken. Penangites of the 50s-70s era sang praises of Dawood’s biryanis. Its great rivals then were Hameediyah and Meerah at Campbell Street, and Ghani on Penang Road.

“Nasi kandar”, the famous Tamil-Muslim dish of rice served with a wide array of curries, and which many identify with today’s Penang, has not made its mark yet. Back then, up till the late-60s, “nasi kandar” was seen as food for the identured labourers, coolies and the poor, whereas biryani restaurants carried a higher status & having a biryani meal was seen as more “respectable”.

All that slowly changed from the 70s onwards, when “nasi kandar” came to the fore. A wave of “nasi kandar” eateries, mainly owned/run by Tamil-Muslim restaurateurs from Ramanathapuram, came to dominate the Muslim culinary world in Penang: this includes Kirudu Muhammed Kuppaikani (Haji KK) who founded the popular Pelita Nasi Kandar chain. With the rise in the popularity of cheaper, niftier “nasi kandar” eateries, old Tamil-Muslim restaurant stalwarts like Dawood began to see their fortunes decline. Meerah and Ghani closed down. Hameediyah repositioned itself as a nasi kandar vendor, in addition to its original repertoire of murtabaks & biryanis.

Dawood, in the meantime, downsized drastically in order to stay alive. Today, it’s a small, charming, nostalgic little eatery, visited by many of us who still remembered its hey-days, a time when the name “Dawood” stirs up memories of beautiful curries with intoxicating aromas which filled the dining room, and packed tables of happy diners eating with their hands, South Indian-style. Today, it’s just a simple, quiet, atmospheric little eatery. Dawood is run by 80-something year-old M.S. Syed Aliyar, the son of M.M. Shaik Dawood, eager to preserve his father’s culinary legacy. His bills & receipts are still painstakingly written by hand. 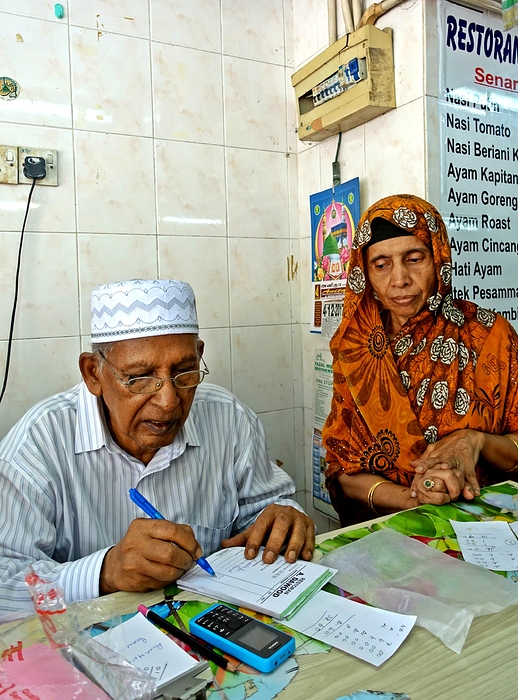 Dawood’s curries no longer carry the heady, intoxicating aromas reminiscent of the curries of yesteryear - sadly, the use of curry powders nowadays must have contributed to this, plus the disappearance of the famed spice-ladies of Tenkasi and Kadayanallur who used to ply their trade in Penang’s old Chowrasta Market and Hutton Lane, hand-churning fresh spices using heavy granite mortar-and-pestle rolling pins. 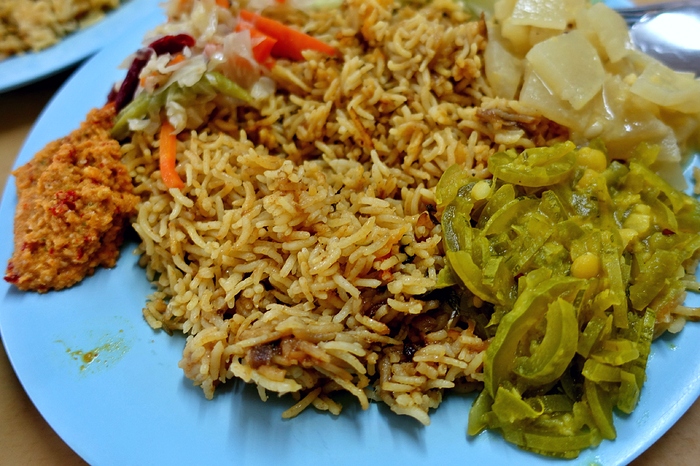 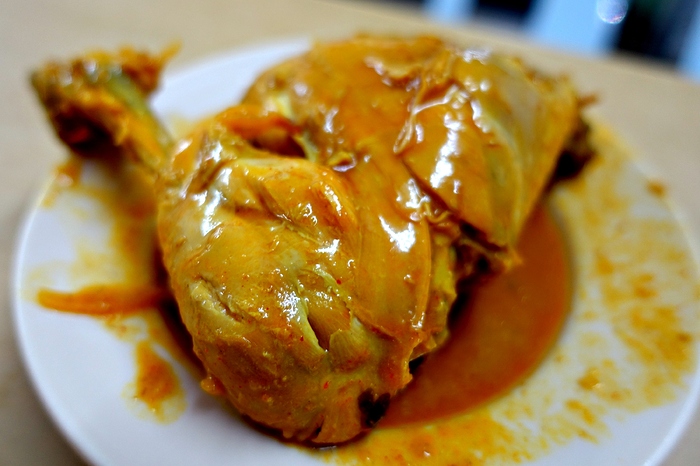 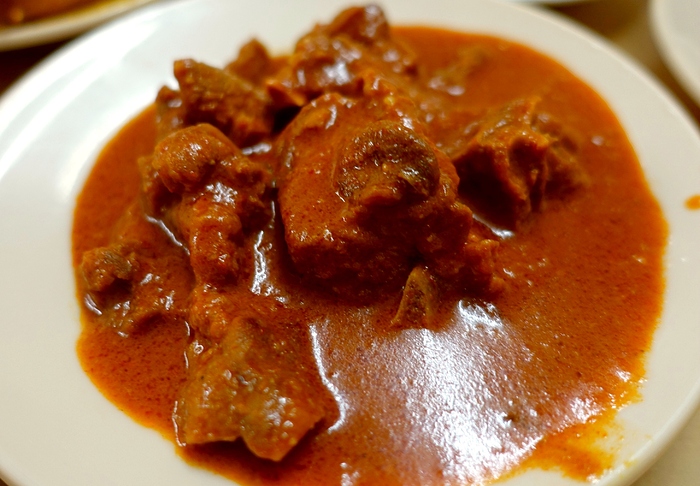 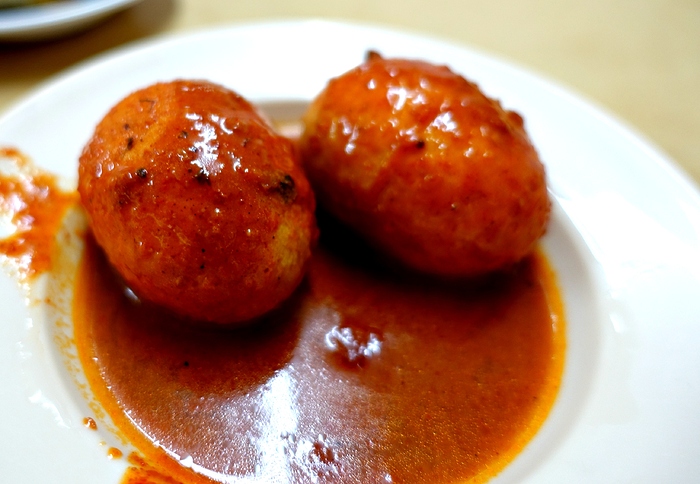 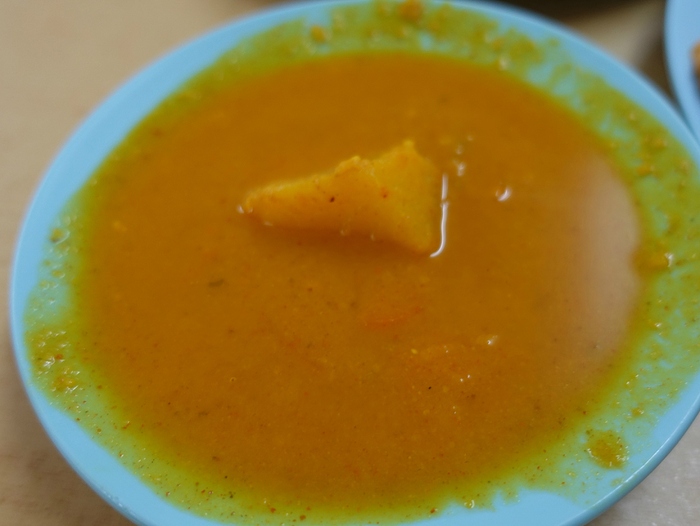 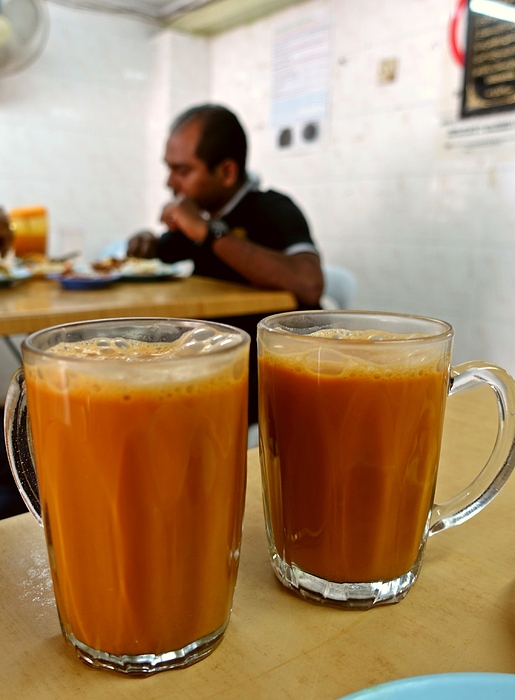 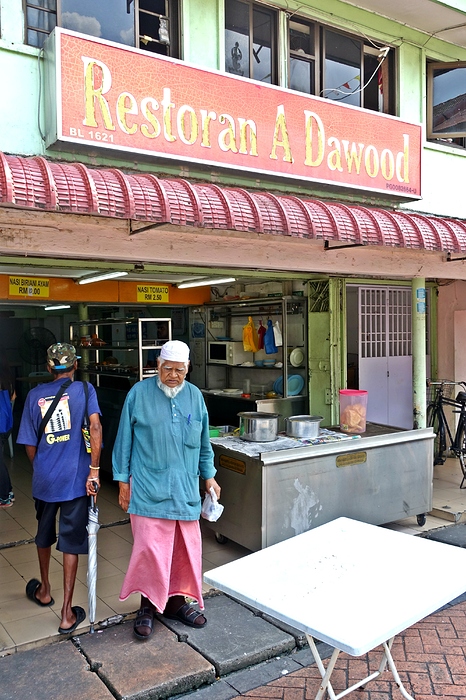 Peter, I look forward to reading your reports every time you post. The descriptions and photos are so rich, and you often include a side of history. Thank you for sharing.

totally fascinating. I love the history that comes with your posts. Thanks for doing them!

totally fascinating. I love the history that comes with your posts. Thanks for doing them!

Happy that you enjoy reading those as much as I enjoy sharing them.

Peter, I look forward to reading your reports every time you post. The descriptions and photos are so rich, and you often include a side of history. Thank you for sharing.

Thanks, Denise. I like to give the background of a place, and a bit of the history, in order to put the origins of the cuisine into context.

thank you for your blog I have met my family
I’ve been looking for M.M Syaik Dawood … thank you … 15 years I can only see photos and hear stories about my grandfather’s sister … thank you for once again

That’s terrific. Very happy for you.