Crusty roti canai-wallah, Abdullah, is the third-generation of the Indian-Muslim family who ran this stall, Wahap Roti Canai (named after his father), that was started by his grandfather, Abu Bakar, back in 1981 on Dato’ Keramat Road.

Nearly forty years down, and still going strong, its customers run the gamut from the prison wardens of the Victorian-era Penang Gaol across the road, to the flea market vendors from Lorong Kulit nearby. It’s a gritty working-class joint, dishing out crisp, greasy flatbreads, slathered with aromatic goat and potato curries. 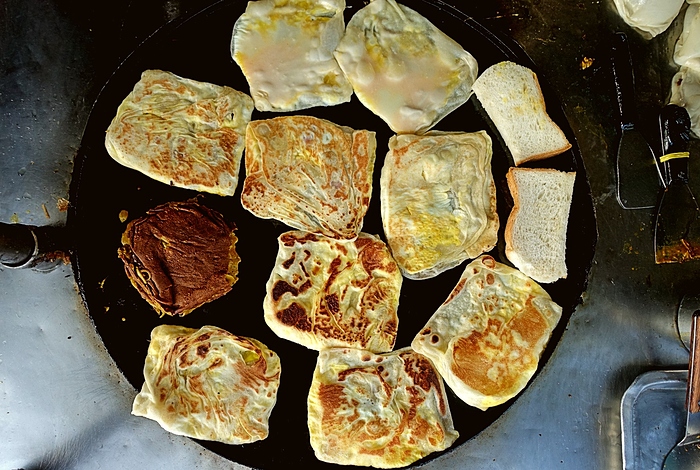 We ordered the roti telur, with egg worked into the paratha, and a fat, delicious chicken murtabak, incongruously topped with a single piece of Kraft cheese, and a handful of pink-tinted pickled onions providing a sour tang to undercut its meaty richness. 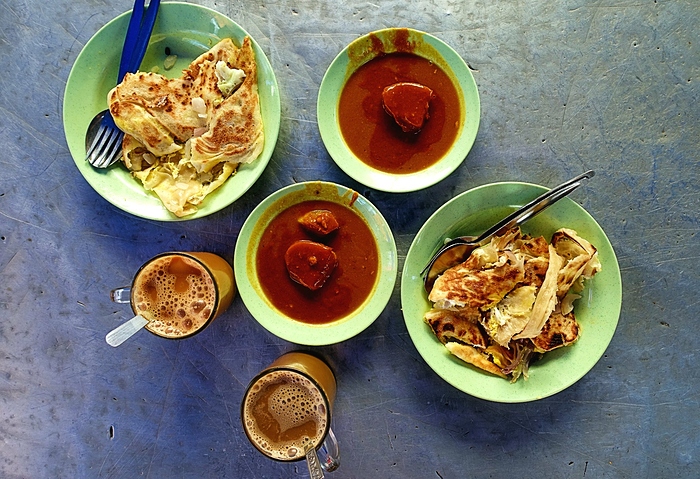 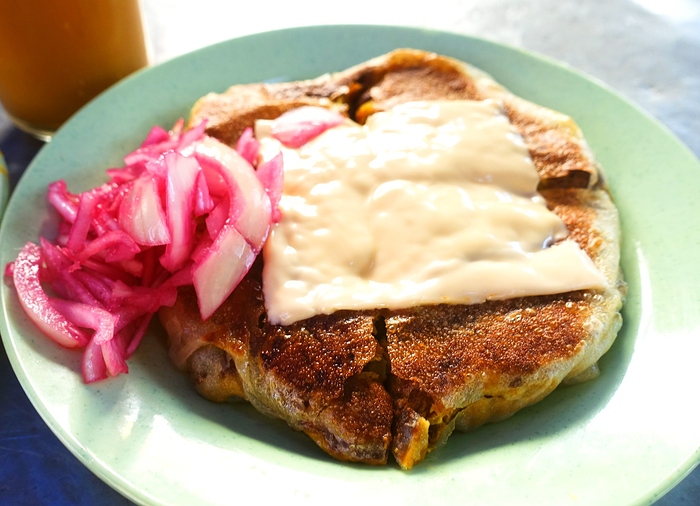 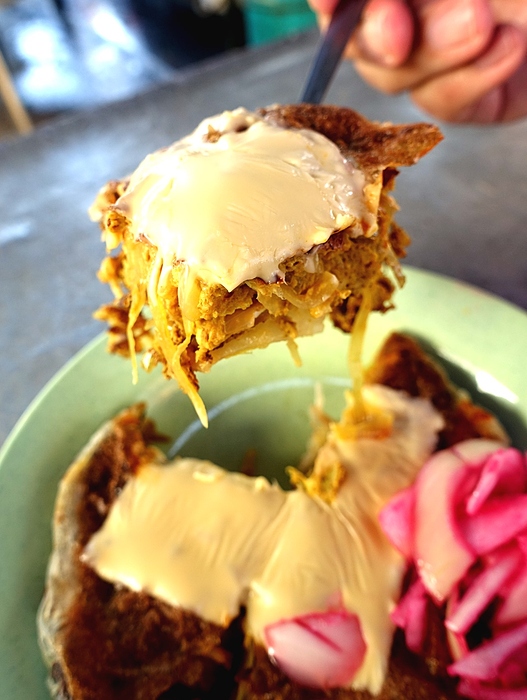 I downed my meal with a glass of Nescafe halia - hot Nescafe beverage boiled with slivers of old ginger, giving it a strong herbal heat - a relatively new beverage concoction introduced to me by my homie, Andrew, when I was back in Singapore last week. 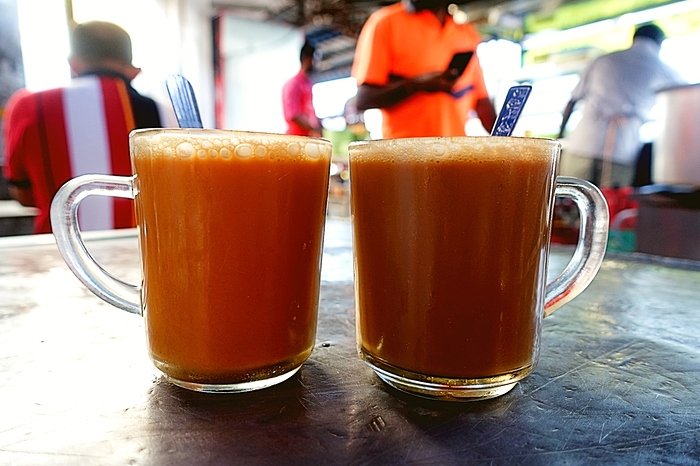 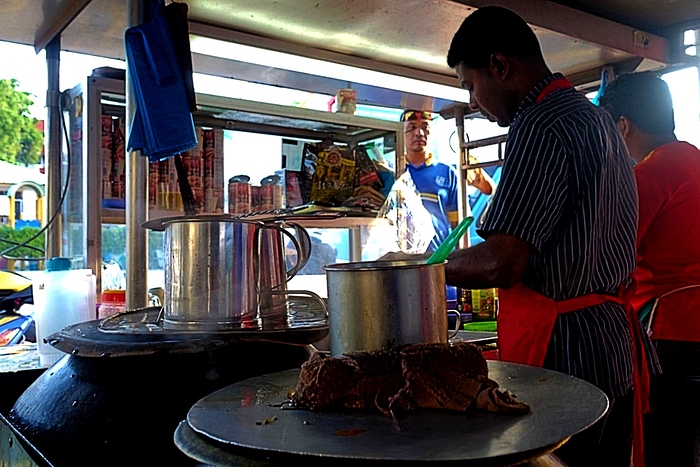 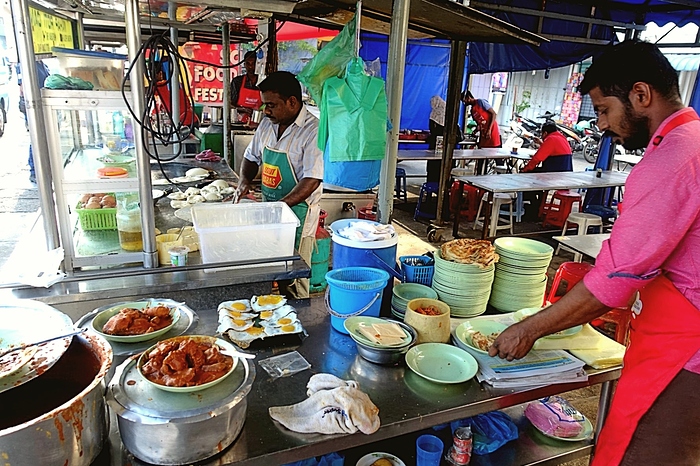 Indian-Muslim food vendors are affectionately nicknamed “mamaks” (meaning “uncle”) in Malaysia and Singapore, and “mamak” food places are synonymous with good, cheap food, dished out round-the-clock in many cases. These men came from the Muslim districts of Ramanathapuram, Tenkasi and Kadayanallur in the south-eastern state of Tamil Nadu, as well as the Muslim villages along the Malabari coast in the south-western state of Kerala in India. Together, they shaped much of what constituted “mamak food” in Malaysia and Singapore. 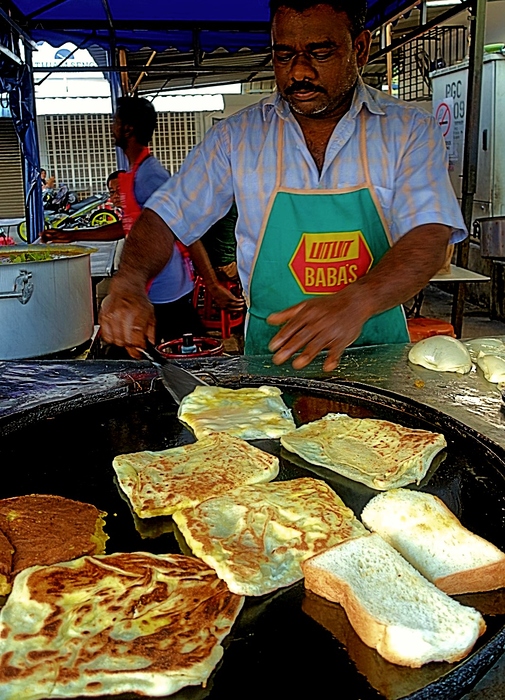 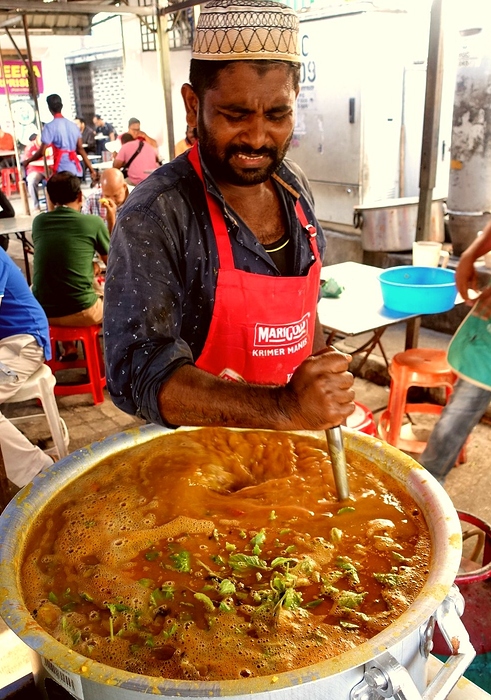 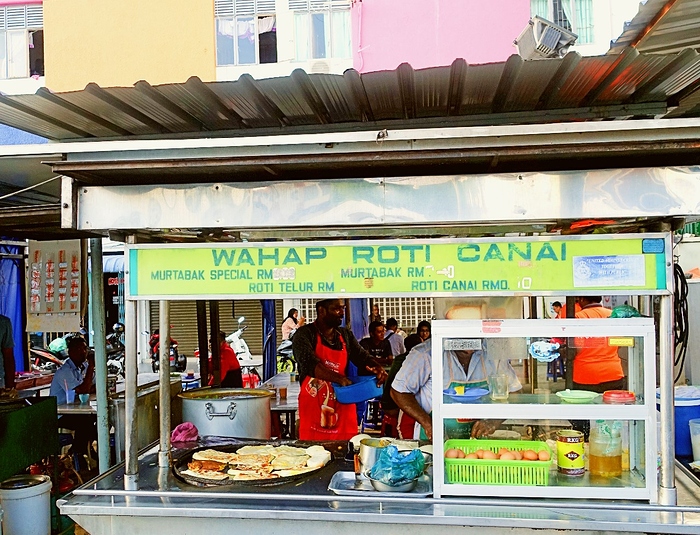 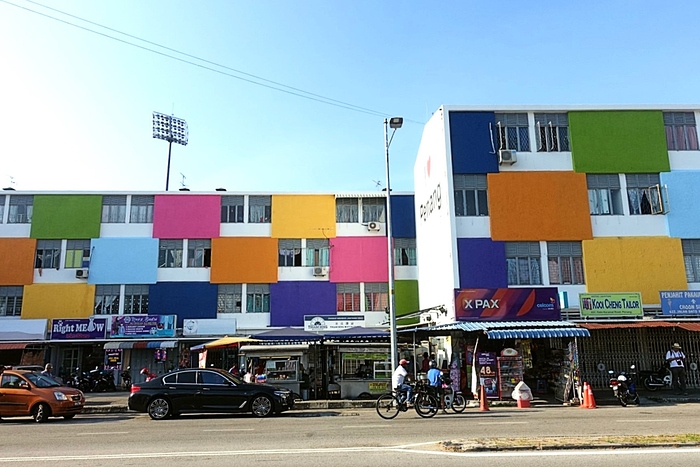