George Town city-folks have always relished a drive to the other side of Penang island during the weekends. The urbanized eastern side of the island is separated from the more rural western side by a mountainous range, through which a winding highway snaked its way through the emerald green rainforest. The largest town on the eastern seaboard of Penang is called Balik Pulau, which literally means “The Other Side of the Island” in Malay.

During the 19th-century, when Penang was a British Crown Colony, Christian refugees from Burma and Siam would come seeking British protection from religious persecution in their respective countries - many of them settled here in Balik Pulau. Also there then, the Hakka-Chinese settled en masse, for the Hakkas are rural folks who favored farming, especially on the hilly terrain of the mountains nearby. George Town on the other hand, became a Hokkien (Fujianese-Chinese)-dominated city, as the Hokkiens were mainly merchants and traders.

And this was how present-day Penang evolved into, a mainly Hokkien/Fujianese-speaking island which, when one got to Balik Pulau town, became a Hakka enclave. The two languages are not mutually intelligible. Paddy fields as far as the eye can see when one reaches the rural countryside here. 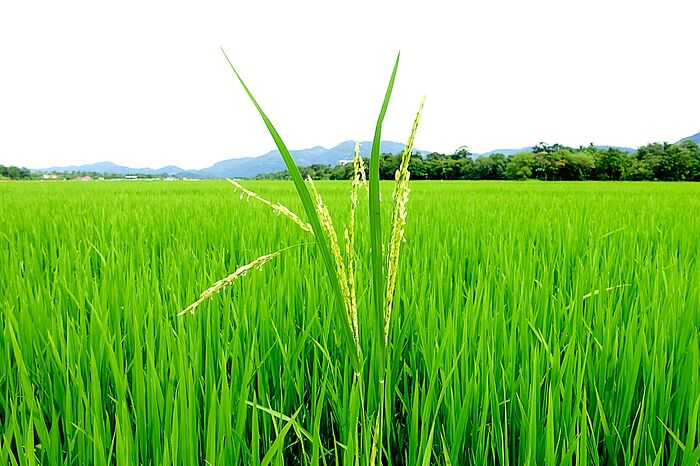 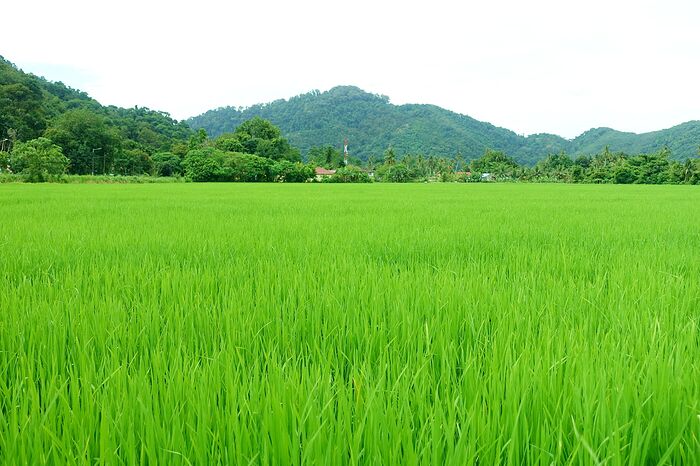 We were here last Saturday to seek out what was supposed to be one of the very best Hokkien noodles in Penang!

Hokkien mee stallowner-cook, Mr Chon Boon Liew is a Hakka (like almost everyone else there), but brewed an absolutely delicious pot of Hokkien mee broth, which he’d pour over a mix of yellow Hokkien wheat noodles and thin rice beehoon noodles. 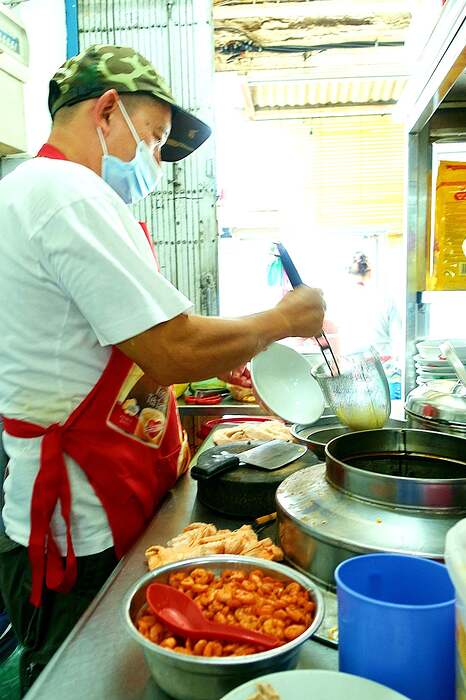 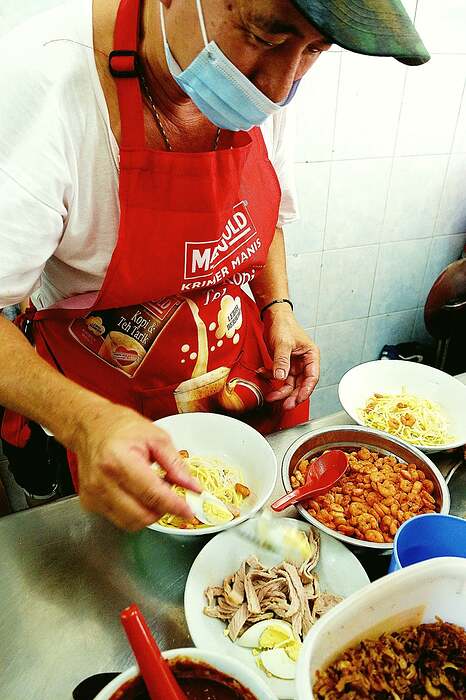 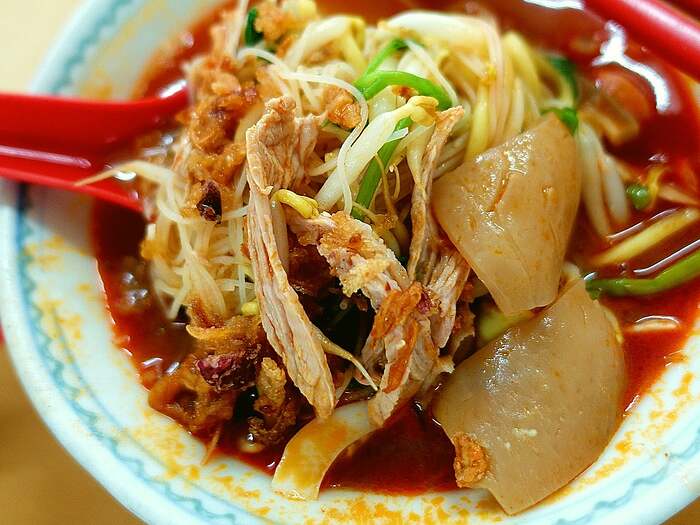 Mr Chon has been plying his trade there since 2004, and he operates 6am to 12 noon, but usually sells out earlier. Pre-COVID days, his stall usually shuts by 9am, but you’ll be luckier nowadays, and would be able to catch him for a bowl of noodles at a more “civilized” hour. 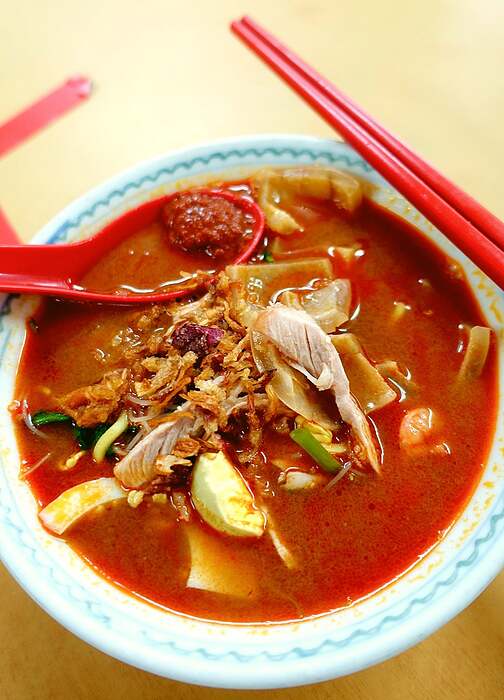 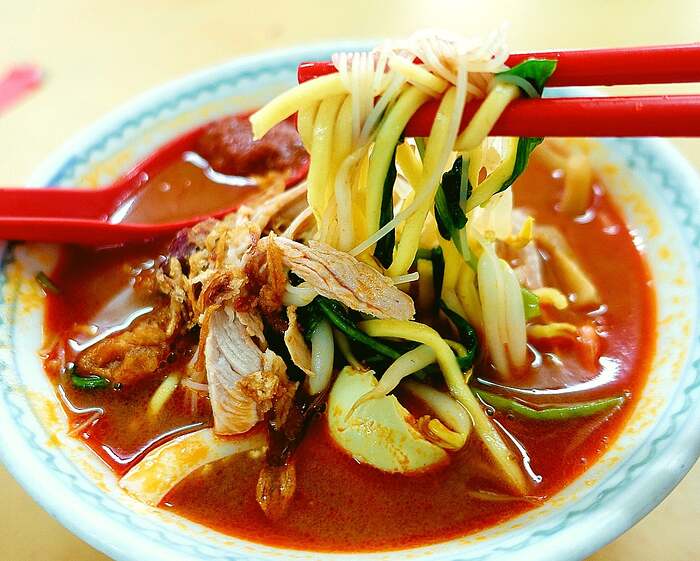 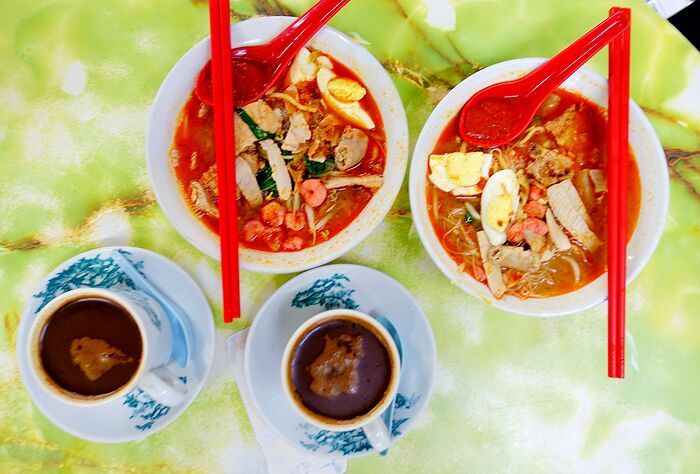 We also requested for pig’s intestines, boiled till deliciously soft and cut into 1.5-inch lengths, as additional garnishes for our noodles 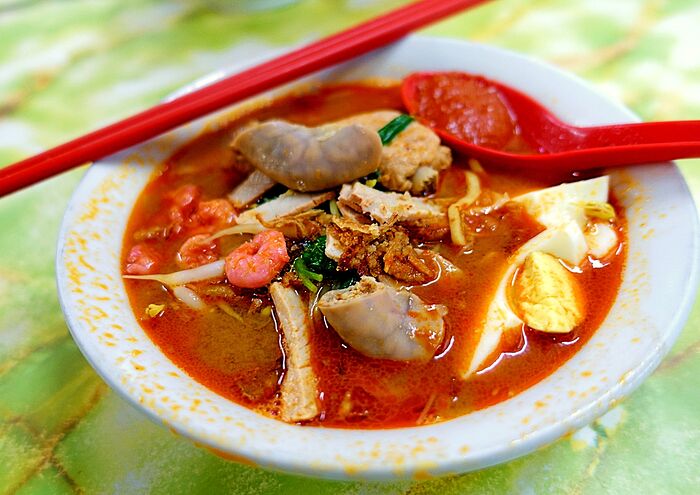 Choo Kim Choon coffeeshop is strategically located right in the centre of the main stretch of shophouses, the “Jalan Besar” or High Street of Balik Pulau. 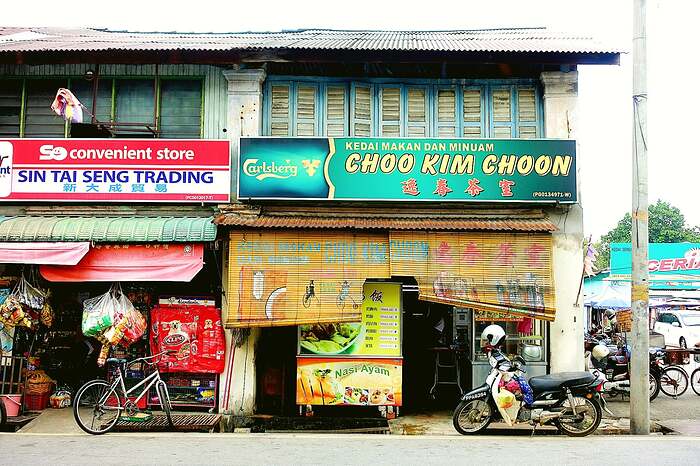 On the side of the coffeeshop is a giant mural of local fisherman, Yeoh Choon Seng, It was painted by 34-year-old Russian artist, Julia Volchkova, whose giant mural artworks (there are at least 8 others) appeared all over George Town. 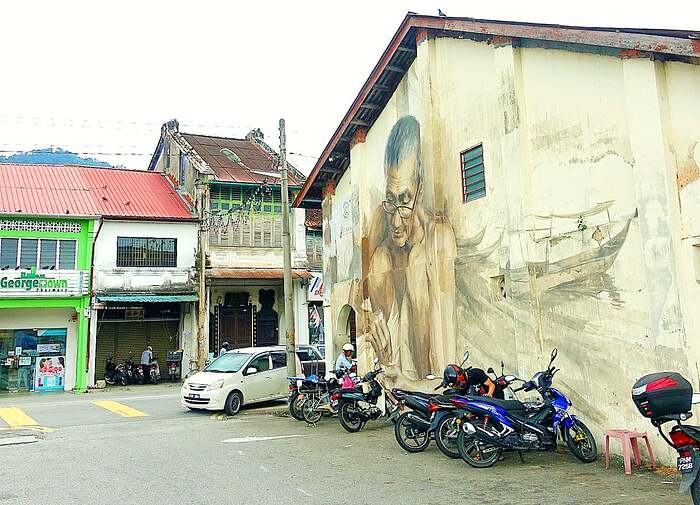 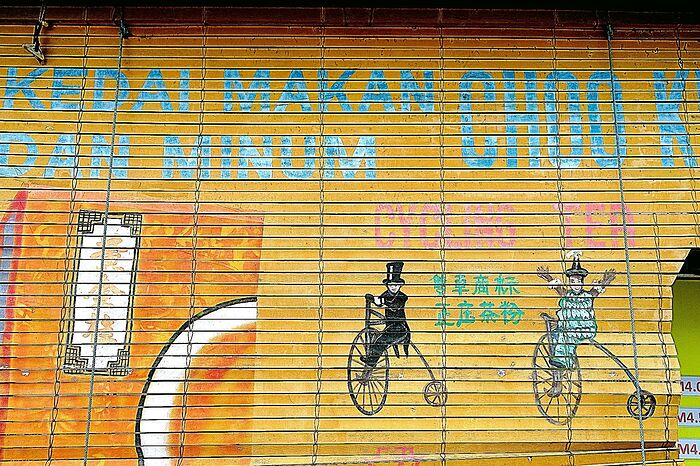