A bunch of Singaporean friends were in town, photography hobbyists, to shoot George Town’s inner-city sights, as well as indulge in Singaporeans’ favourite pursuit in Penang: gorge on local Penang hawker food. Most of Singapore and Penang’s hawker foods share the same names and have the same origins, but diverged in their preparation techniques, and even ingredients used as they evolve separately in the past couple of centuries.

The two island-states share more similarities than the other states within the Malaysian federation - both started off as early colonial-British settlements: Penang was founded by Captain Francis Light in 1786 and Singapore by Sir Stamford Raffles in 1819 - both under the auspices of the British East India Company. Both island-states have majority Chinese populations which are mainly Hokkien (Fujianese/閩南儂) and Teochew (Chaozhou/潮州人), but with other smaller Chinese dialect groups like Cantonese, Hakka, Hainanese, Foochow/Hockchiew, etc. Local Malays and Indians (mainly Tamils, Bengalis, Punjabis, Malayalees, Telugu, etc.) add to the cosmopolitan mix - all contributing to the food culture and taste preferences of the local populace.

We started off our food-hunt on Monday morning at Ping Hooi Cafe on Carnarvon Street. Like other traditional kopitiams or traditional Chinese coffeeshops in Penang, this one is virtually packed in the morning with the breakfast crowd. 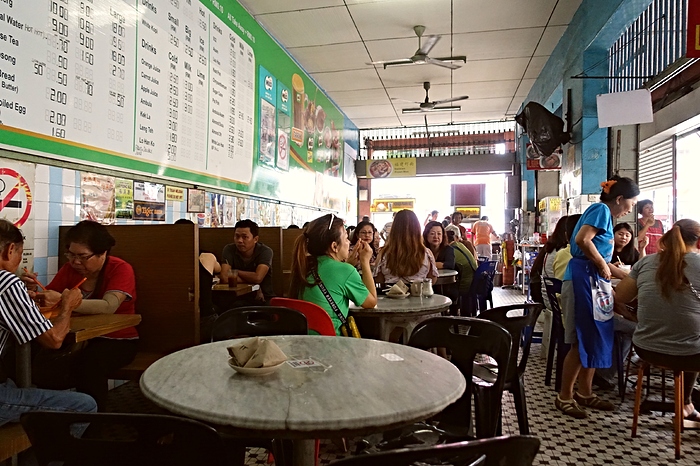 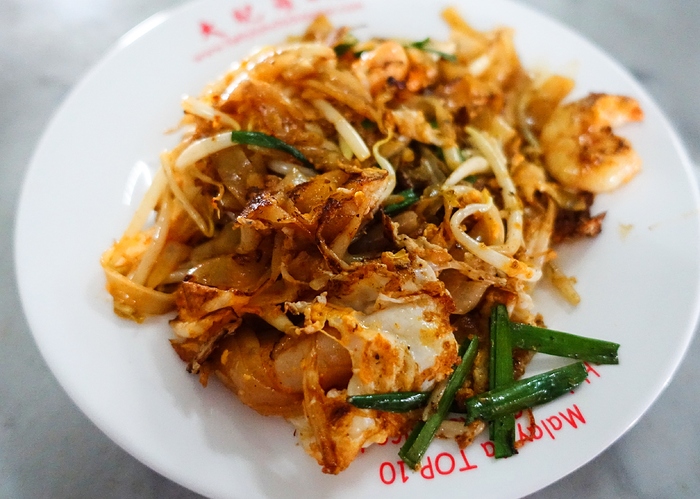 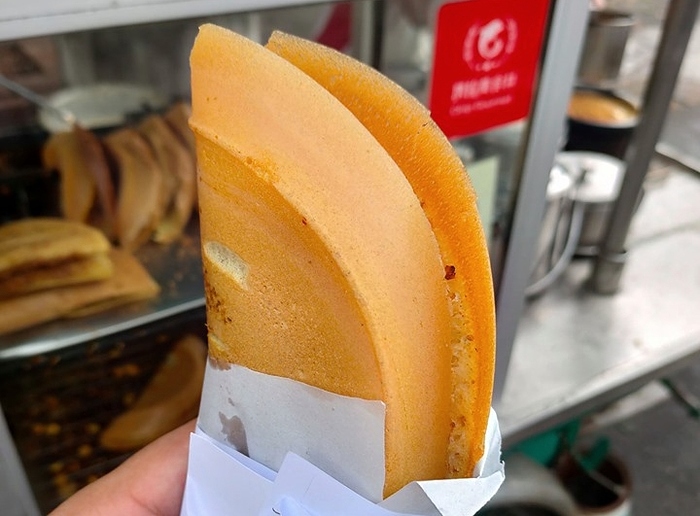 But my friends’ appetites proved unsatiable up to this point - we gobbled up those pancakes and proceeded to Cowboy Street Cafe, a rather oddly-named Chinese eatery on Victoria Street that specializes in food from the Fuzhou region of China. The Fuzhou/Foochow people speak a dialect that is unintelligible to Hokkien speakers like myself. Although Fuzhou city is, in fact the capital of Fujian Province in China, its geographical separation from the rest of the province by mountain ranges resulted in its linguistic, cultural and culinary variances from other regions within the same province.

We ordered some signature Fuzhou/Foochow dishes which were done very well here:
6) Chicken and “mee suah” (rice vermicelli) in red wine soup - the signature Foochow dish by which every self-respecting Foochow cook is measured by. The one here passed with flying colours! 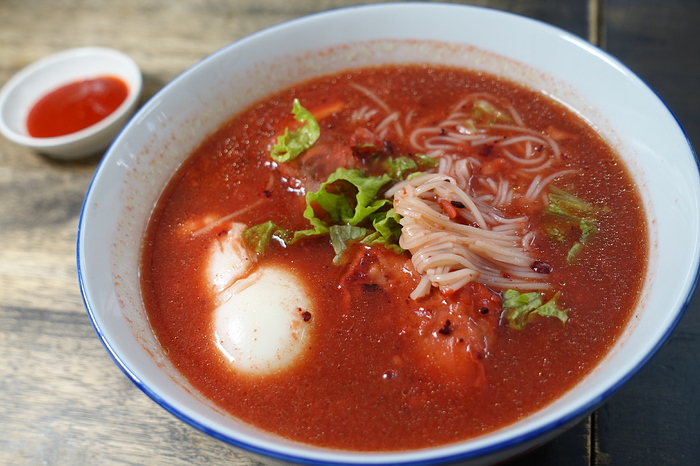 The other dishes were signature Penang dishes which the Foochow chefs here adopted from other ethnic cuisines:

That was quite enough food to keep my hungry horde satisfied, at least until tea-time! 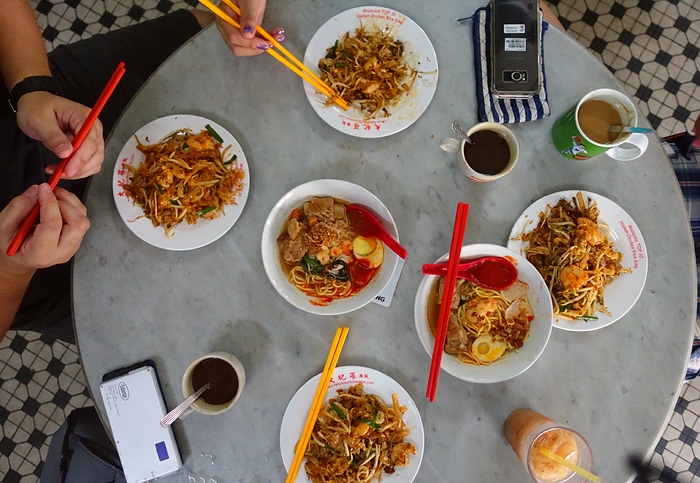 Thanks, Peter. Always enjoy it when you include details of the different cultures in your part of the world.

My pleasure, John. I always want to reiterate that Malaysia & Singapore are both such a mix of cultures and traditions from so many major Asian cultures, the resultant cuisines can defy the standard definitions of what constitute “Indian” or “Chinese” cuisines here. Chinese lunch or dinner spreads can easily include South Indian fish curries cooked by a Chinese grandmother who learnt it from her grandmother - cuisines can transcend ethnicity here.

Indigenous Malays, whose spicy cuisine closely resemble Indonesian, can sometimes opt for a Chinese dim sum lunch although a porkless version as the Malays are all Muslims.